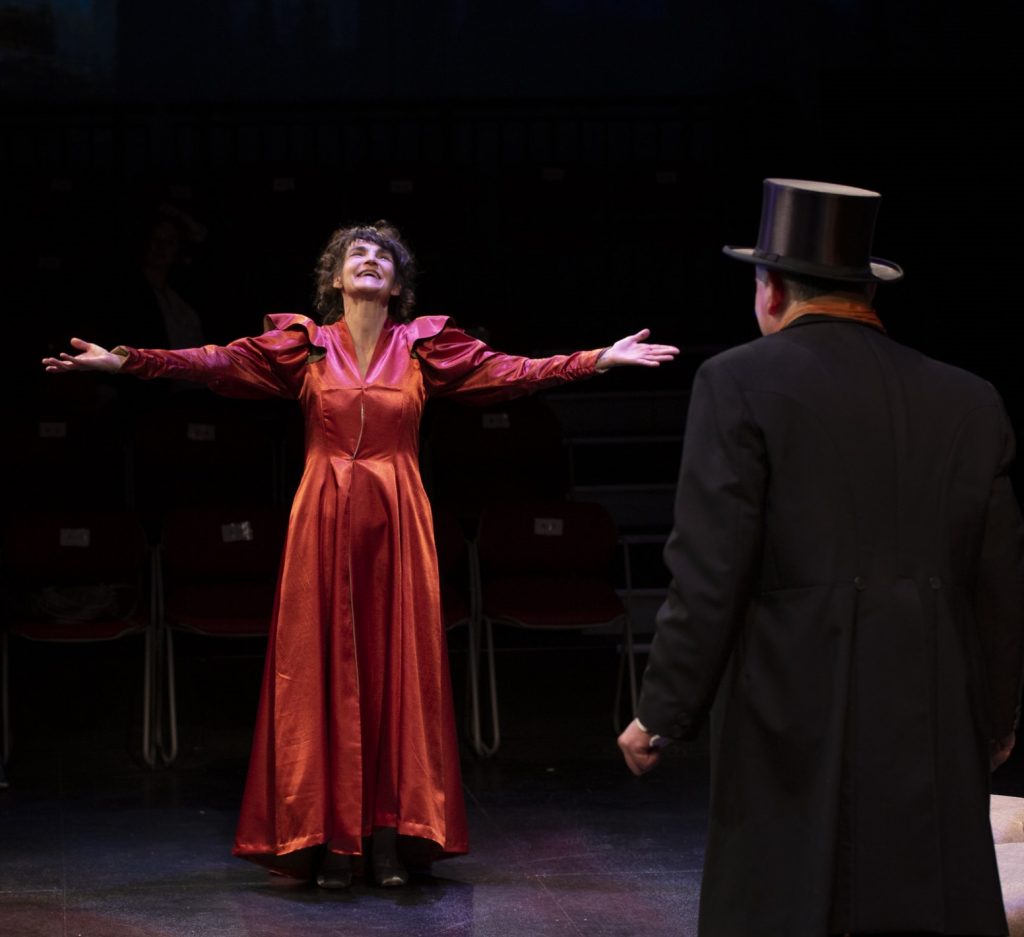 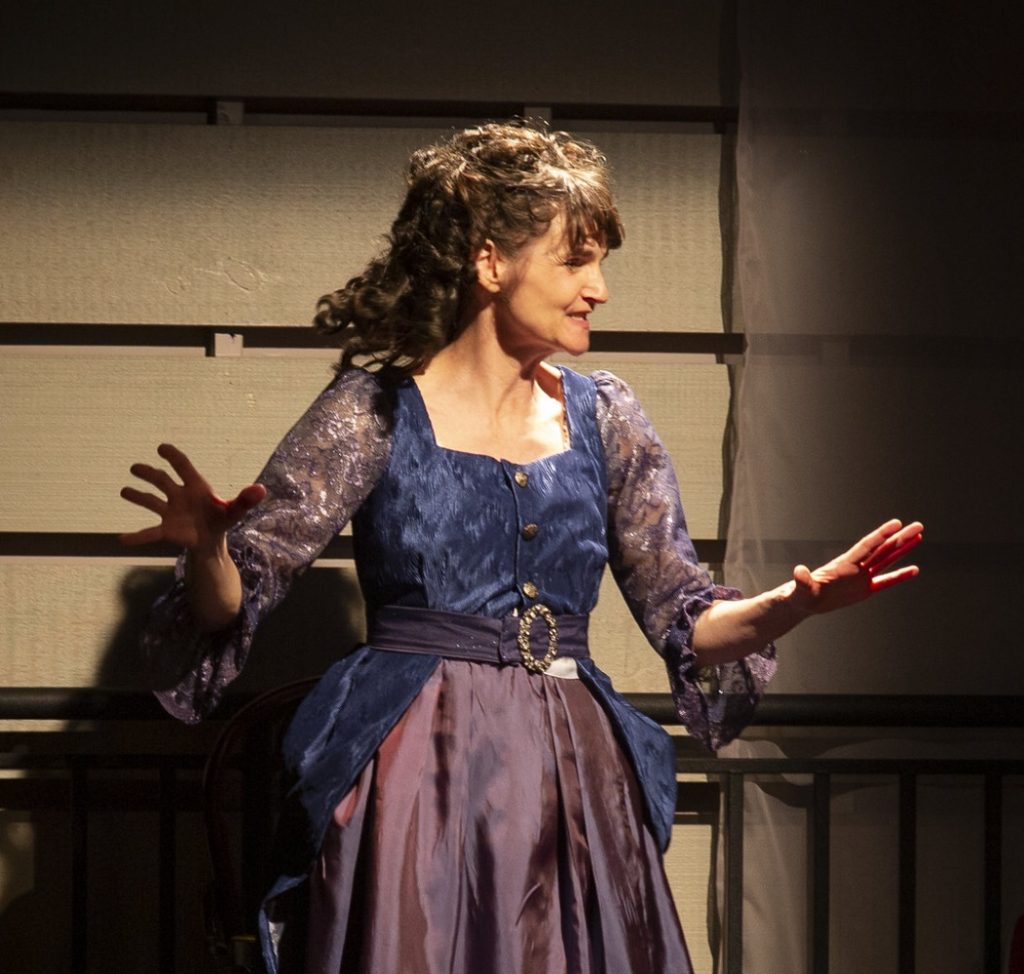 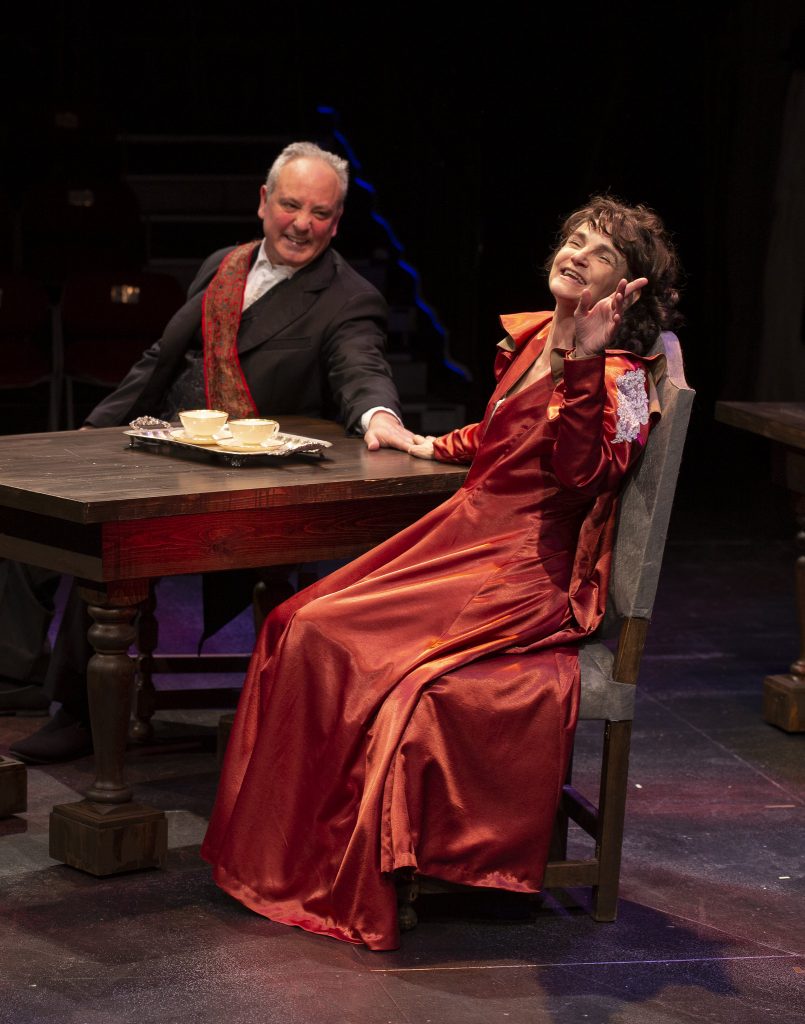 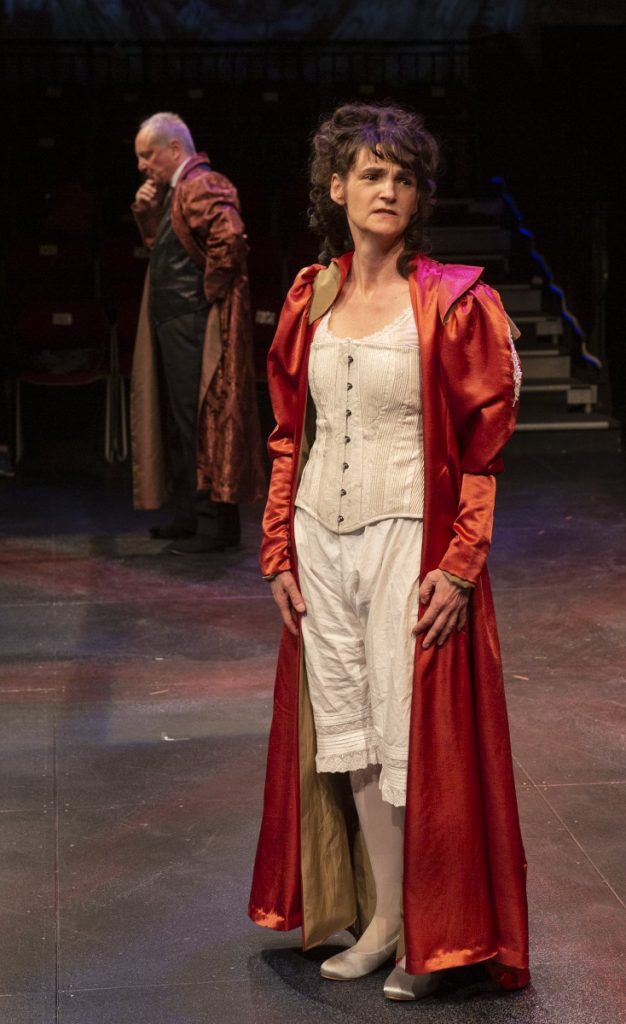 Anne Undeland, the playwright and star of Lady Randy, says she wanted to find a 19th-century woman to build a one-person show around. “It soon became clear that if I wanted name recognition, I had to find a woman who was associated with a famous man. Dammit!”

She settled on Jennie Jerome, the brilliant socialite wife of Lord Randolph Churchill and mother of Winston. Her now-two-person, 13-character play is being premiered by the Berkshires’ WAM Theatre, through May 5 at Shakespeare & Company. 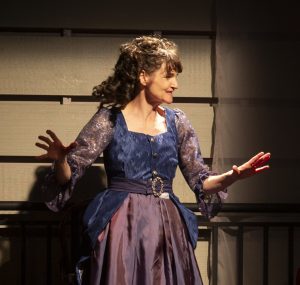 Jennie was one of the first “dollar princesses,” like Lady Grantham in Downton Abbey – Gilded Age heiresses whose American fortunes propped up cash-strapped English aristocrats in exchange for social status. She’s a good choice for a central figure – smart, audacious, witty, doggedly ambitious, irresistibly attractive and freely promiscuous (giving Lady Randy a double meaning). The play is also a good choice for WAM, a troupe dedicated to plays by and about women.

Like Holland Taylor’s Ann, about Texas governor Ann Richards, which WAM produced last fall, Lady Randy is the work of an actress who got fed up with the dearth of leading roles for middle-aged women and decided to write one for herself. Fashioned out of historical facts and anecdotes overlaid with conjecture and imagination, it begins and ends at the moment of Jennie’s death, in 1921 at the age of 67, when she rises from her corpse as it’s mourned over by her son. The play is presented as “a kind of fever dream,” as Jennie’s spirit addresses Winston (and the audience), recalling scenes from her adventurous life. 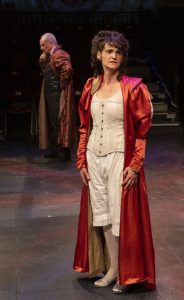 Those scenes are populated by a dozen other characters, all played by Mark Zeisler. They include, centrally, Lord Randolph, Jennie’s first husband (of three), plus her Wall Street tycoon father, who dickers over her dowry; her mother-in-law, the steely Duchess of Marlborough, scandalized that her son would marry an American;; her son Winston, man and boy, the child beaten at boarding school and ignored by his mother; Winston’s mother-figure nanny; and two of Jennie’s many lovers – the lickerish Austro-Hungarian Count Kinsky and the tubby Prince of Wales.

This production was developed in the Berkshire Playwrights Lab over several years, under the direction of Jim Frangione. That kind of attention is invaluable for a new script, but I had the feeling both he and Undeland have gotten a little too comfortable with it, and a little too fond of the title character.

Undeland’s Jennie is performed with fiery panache, but I found it too admiring a portrait. The real Lady Randy, too busy being a glittering hostess and stage-managing her husband’s political career, packed her unruly son off to a brutal boarding school – which was typical of the upper classes, but this Jennie frets about it: “I barely read your letters. I don’t know why…” A more ruthless mother-son relationship might have been more interesting and perhaps more true to life.

Jennie Jerome is often remembered primarily for her sexual freedom, no more than “a grand horizontal,” as one historian has described her. Undeland’s Jennie pushes back against the age-old double standard: “I like conquest. Tell me, if a married woman takes a lover, does it bother you? What if I take more than one? I do have to ask, however – if I were a man, would it be so generally remarkable?” 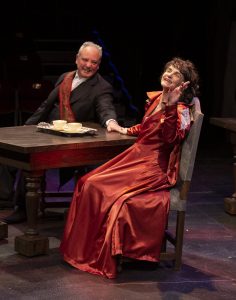 The script is laced with Churchillian bon mots. Winston’s famous line about his service in the Boer War, “Nothing in life is so exhilarating as to be shot at without result,” is used to good effect when the young man is convincing his mother to pull the necessary strings to get him a military commission as the first step on his rise in politics.” But other epigrams – “You can always count on Americans to do the right thing, after they’ve tried everything else” – feel shoehorned into the dialogue.

The script is lively and literate, and there are some marvelous moments – Jennie and the Duchess exchanging painfully stilted small talk; a vivid description of the Prince of Wales’ “sex chair”; Jennie watching from the Ladies’ Gallery when her husband addresses Parliament, mentally coaching him through the speech as he wows the House and she climaxes.

Much of the play’s potential, however, is lost in Mark Zeisler’s lackluster performance. All but two of the 12 characters he undertakes are English, and his accent and bearing are provisional at best. The Duchess is starchy, Papa Jerome is crusty, wee Winston is timorous, but there’s little detailed differentiation among the characters, physically or vocally.

Zeisler’s default mode here is stiff – a baseline for English manners, to be sure, but it never really thaws, even in the scenes of sexy frolic with Kinsky and the Prince. In the hands of a more versatile actor, these dozen roles could have fleshed out Jennie’s story and lifted the production into realms it strives for but can’t quite reach.

Oddly, for all Undeland’s annoyance at having to pair her subject with a famous man, her focus is almost exclusively on Jennie’s defining relationships with men, ignoring, for instance, her friendship with Edith Wharton. At the end, Lady Randy even calls Winston the “star” of her life – which is both biographically inaccurate and dramatically disappointing.