Stagestruck: Around the World in 80 Minutes 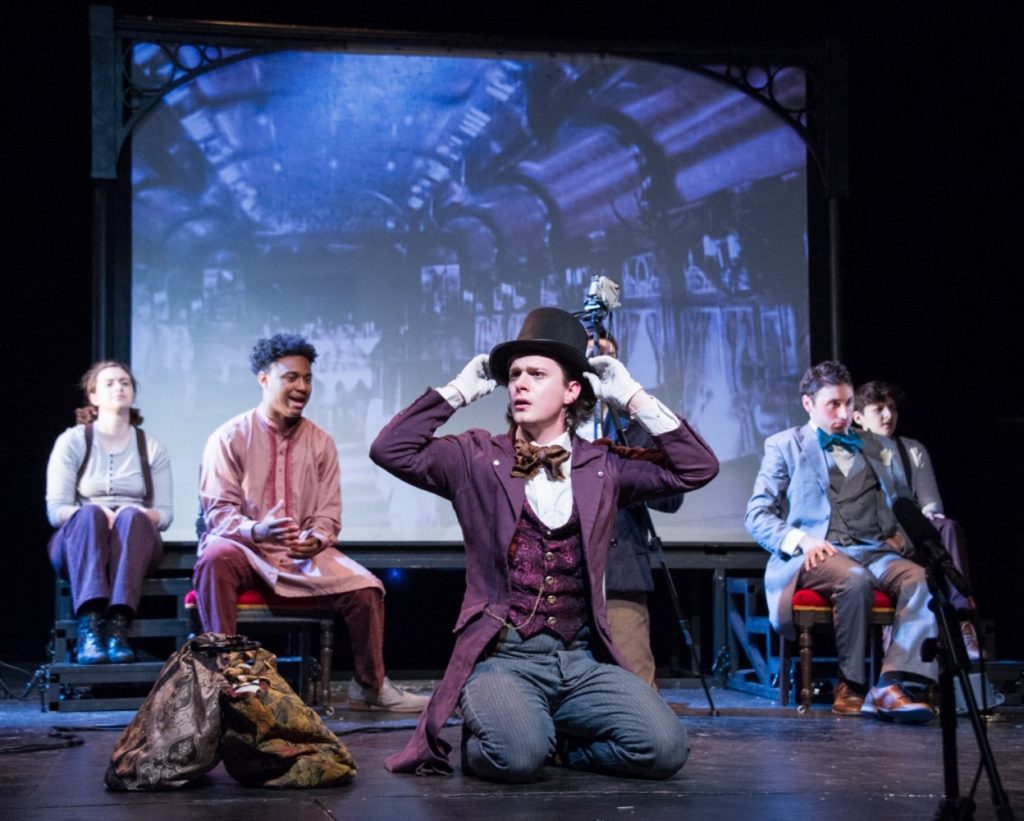 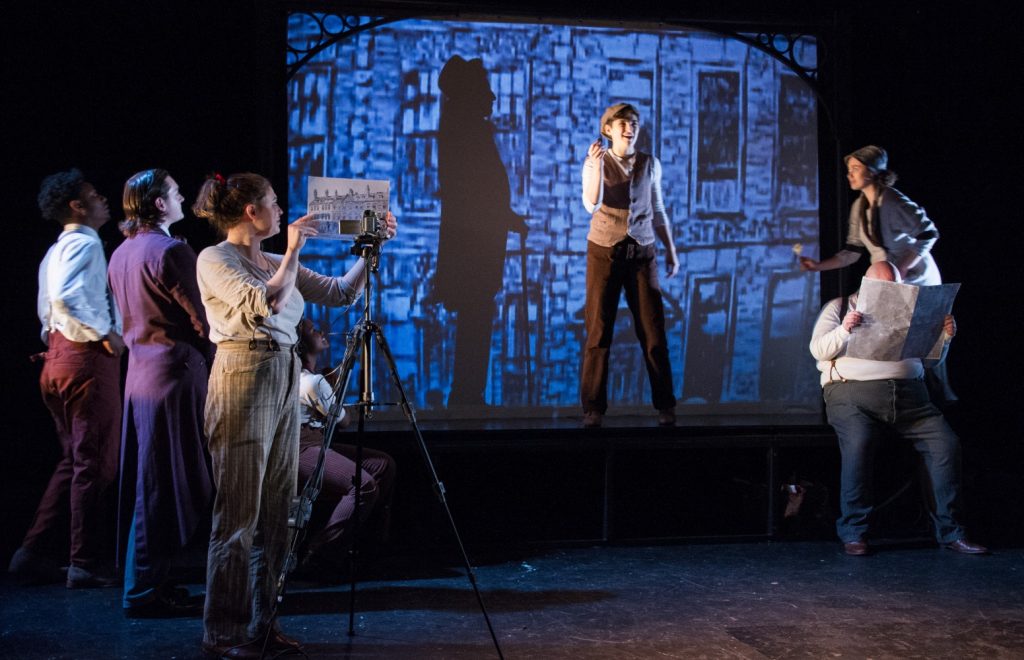 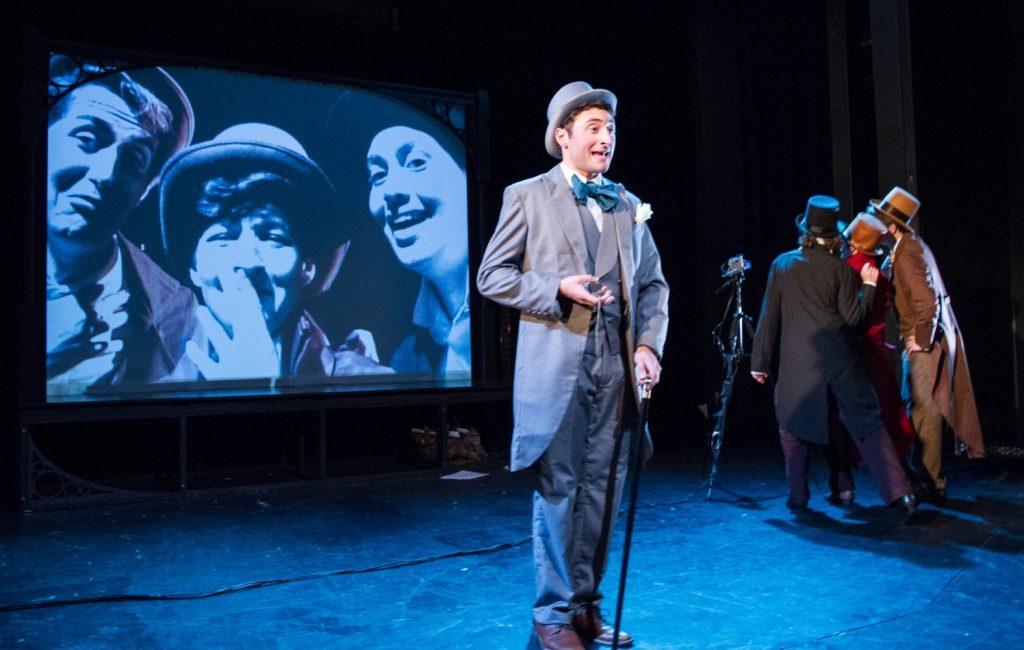 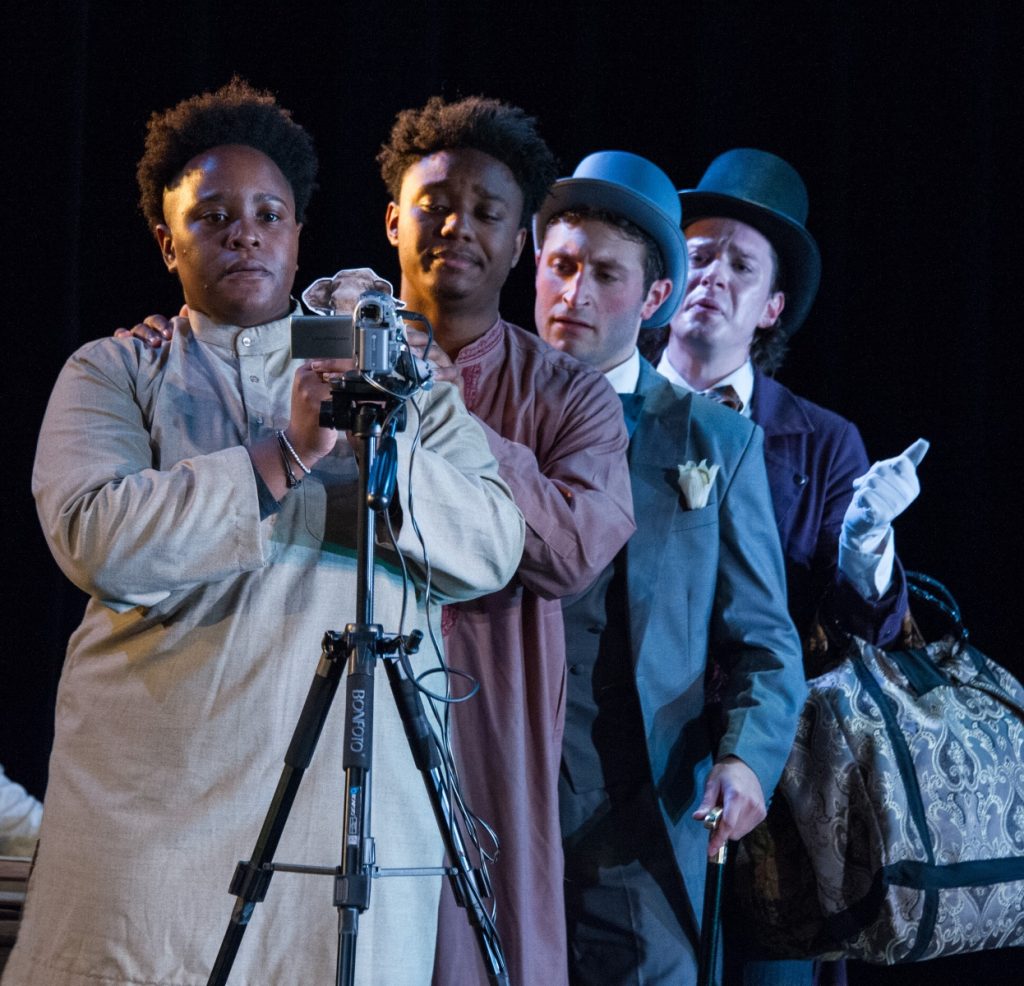 Jules Verne’s 1873 novel/travelogue, Around the World in 80 Days, is best remembered these days from its movie versions, including Disney’s in 2004 and the Oscar-winning three-hour blockbuster from 1956, both of them teeming with exotic multitudes and spectacular locations. 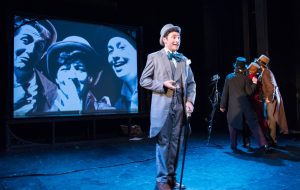 The stage adaptation coming to the Valley this week hews to the motto Less Is More. The production fields a cast of ten young professionals, with sets and costumes that fit into a tour van, but is given world-spanning scope with multimedia technology. The cast is also the crew, taking care of everything from wardrobe to stage management to driving the truck – a full immersion in the life of a barnstorming theater.

National Players is a DC-based project, now in its 70th season, that tours the country to communities where theater may be a rarity. This week the troupe stops in Holyoke for an in-school residency, which includes performances of the Verne classic plus Arthur Miller’s The Crucible, and post-show student workshops. 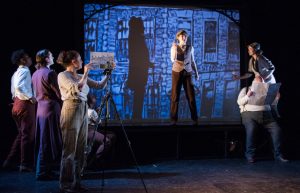 There’s also an open-to-the-public performance of Around the World in 80 Days on Friday May 3rd. The show is a co-presentation of OneHolyoke Community Development Corp., Holyoke High School’s new Performing & Media Arts Academy, and MIFA/Victory Theatre, whose director, Donald T. Sanders, told me recently he’s especially moved by the educational aspect of the visit.

“The company is very adept at involving the students in issues of acting in the workshops, which is particularly poignant because the students have just seen their work,” he said. “I’ve come to feel that the relationship between education and the arts is more and more important. The performers were only recently students themselves, and this contact gives the high-school students a sense of what lies in store for them if they should choose to enter the profession.” 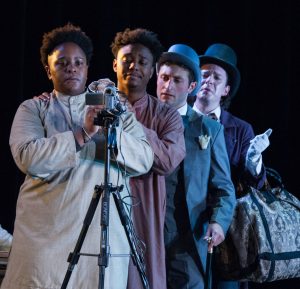 This is the fourth year the three sponsoring organizations have brought National Players to Holyoke. Previous visits have featured adaptations of To Kill a Mockingbird, The Grapes of Wrath and The Great Gatsby – “bringing the literature of the classroom to life,” as OneHolyoke’s Isabella Cámara-Torres puts it.

The tale of the round-the-world wager by British gentleman Phileas Fogg, accompanied by his wily servant Passepartout and involving travel by steam train, hot-air balloon and elephant, is staged as a high-energy escapade in which live video projections place the actors onscreen as well as onstage. In this version too, Aouda, the newly widowed Indian woman rescued from being immolated on her husband’s funeral pyre, is more than a damsel in distress but a more fully fleshed character in her own right. Scripted by Laura Eason, author of the steamy Sex with Strangers and writer on House of Cards, this version has some edge to it – though it’s totally family-friendly.