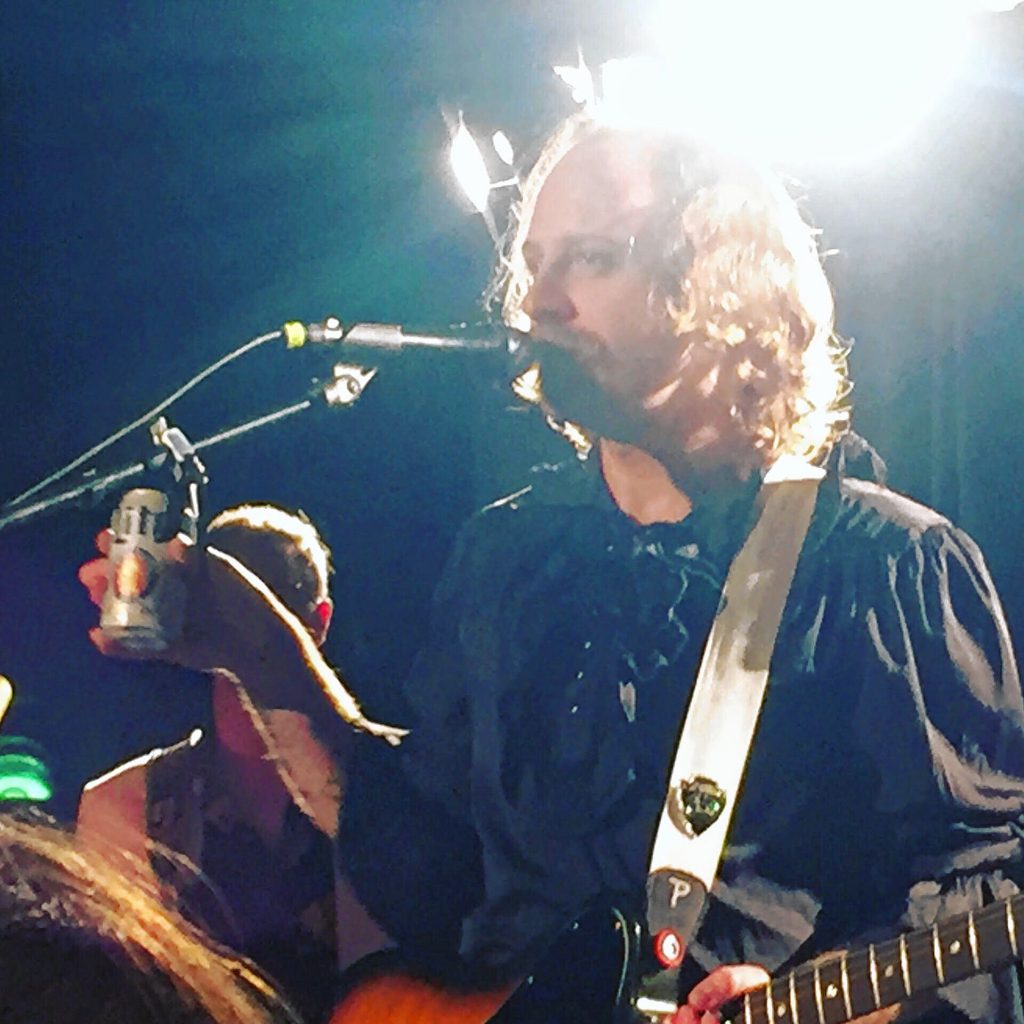 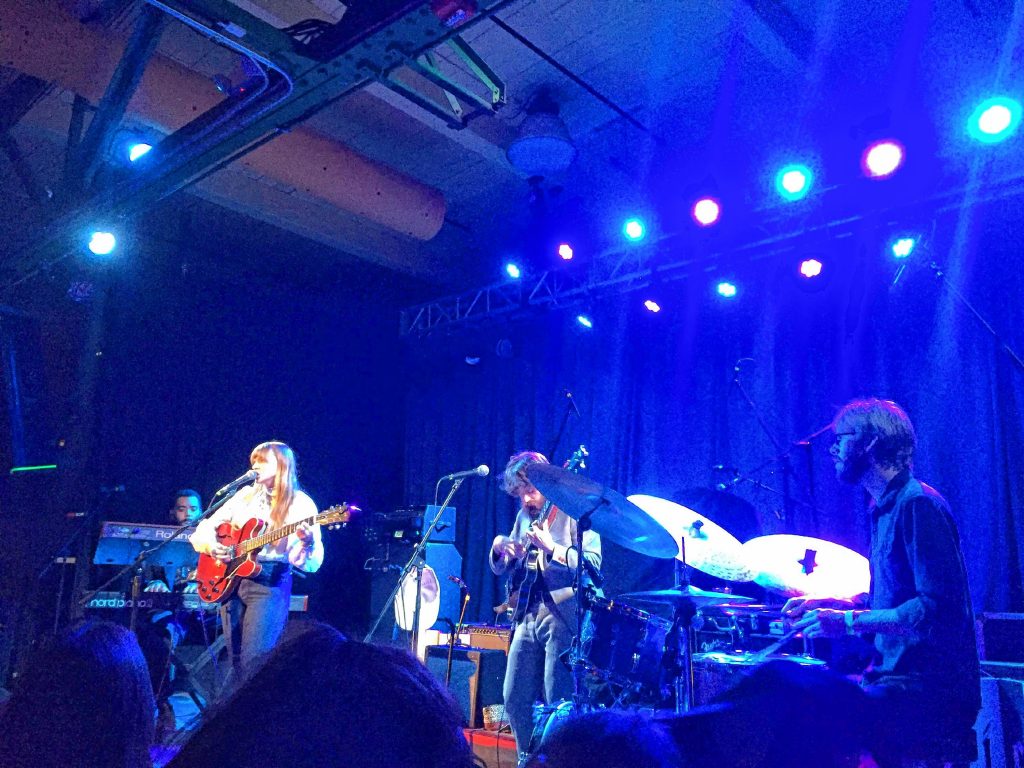 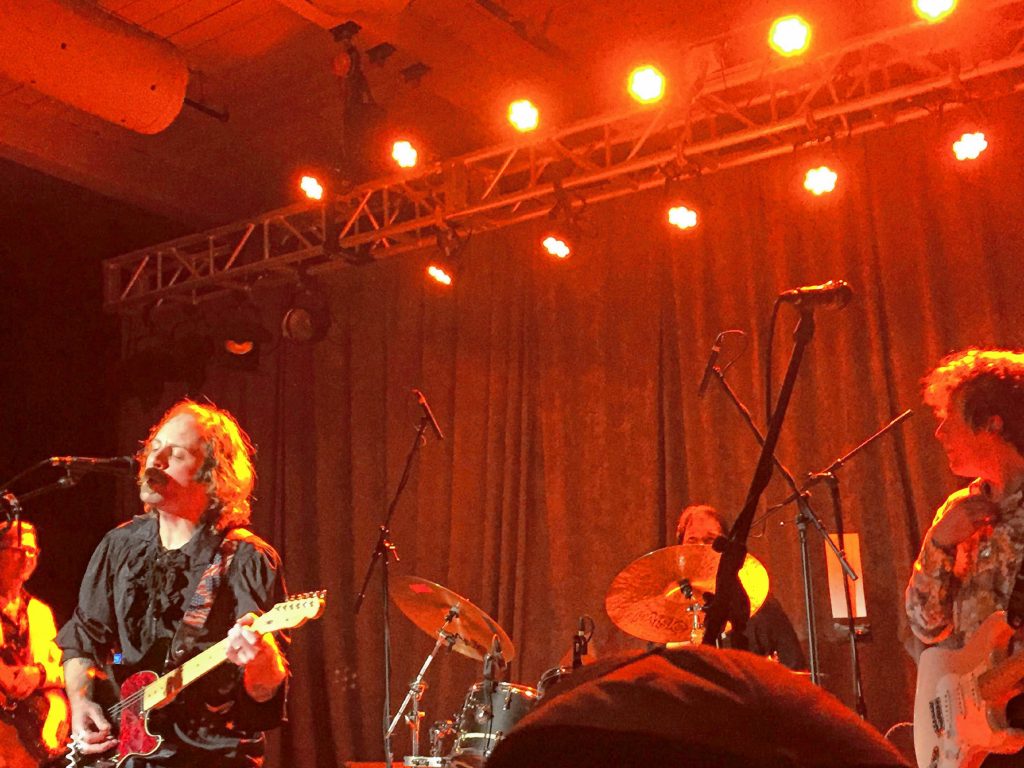 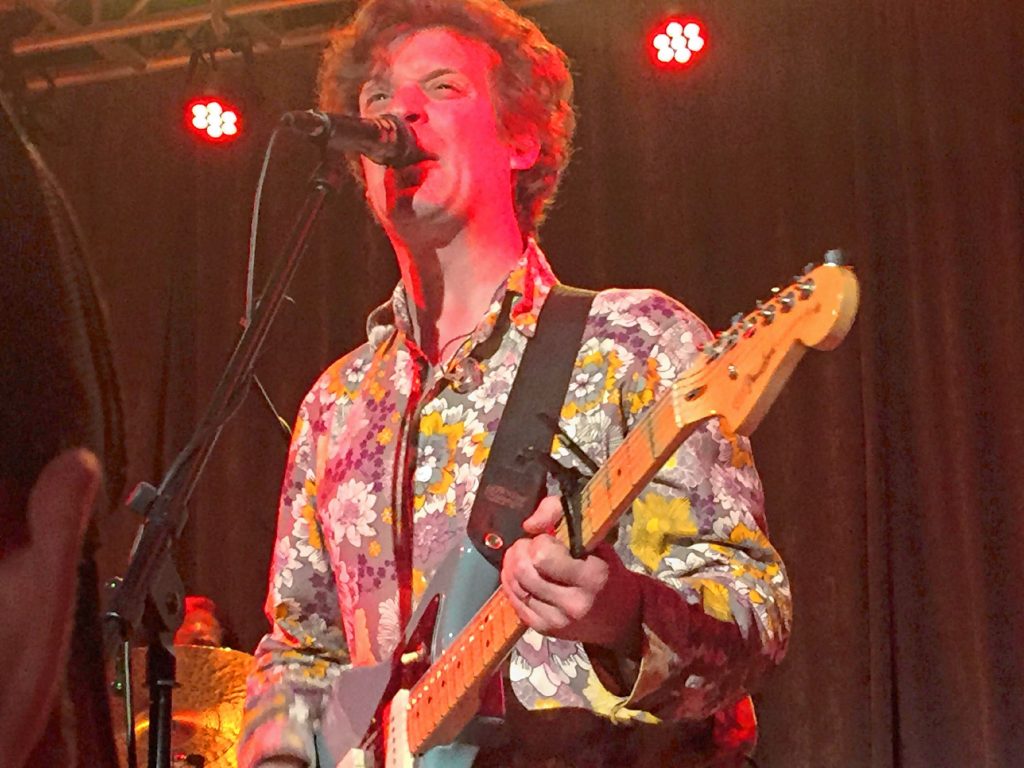 Have you ever seen that band live? I always tell people they are the type of band that anyone could get into. They cross genres between alternative, grunge, folk, blues, and sometimes an old school country vibe. They plug in electrically, but also incorporate acoustic acts, as well as piano, standup bass and a fiddle into the mix. Not to mention there’s three very different sounding vocalists that lend their voices to sing the songs. A band for everyone! And the lyrics are poetically satisfying. 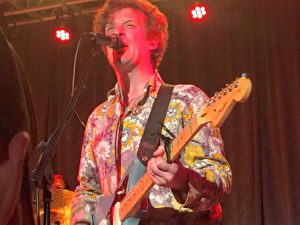 With a tornado warning earlier in the day, and the streets adorned in collecting puddles, Holyoke was a damn monsoon. The green door that entered Gateway City Arts had a washed off “Deer Tick: SOLD OUT” chalk-style sign barely visible. I walked in and shook my glasses full of rain off and saw that just minutes after the door opened, the venue was filling up quickly.

Earlier in the day before the show, my coworker, Dave Eisenstadter was joking around about getting infected with Lyme at the Deer Tick show. So of course, from 1:30 p.m. until show time I was craving everything lime. Key Lime pie, lime tortilla chips with guacamole, vodka soda with lime, fish tacos with cilantro and lime, lime flavored chapstick, etc. So I ordered a Ginger Libation with a lime wedge and I was content.

Courtney Marie Andrews and her band appeared on stage and I was stoked to check them out live. In the months before the show, I got into her music, which fulfilled my love of  old-school female-led country blues. Echoes of Dolly, and Tammy, and Patsy and Loretta, oh my! She absolutely slays at the guitar as well. Andrews’ band blends a mix of the old-school country, with hearty rock that hints at flavors of The Black Keys. She has four albums and a couple of LP’s in her collection with the latest May Your Kindness Remain released in March of 2018. I recognized some of her latest songs performed live and she’ll  definitely be one of those artists I keep my eye on for future releases.

Let me pause a moment to talk about show etiquette. Sometimes the most frustrating thing in the world is when you’re at a show and the people around you are constantly making their voices louder than the music so they can be heard. Quiet your voice while the performance is happening, or back away from the stage.

After the first performance I made my way through the sea of people … holy moly that place was packed … to get to the bathroom. I dug the fact that there were no gender-based bathrooms. The signs on the doors simply stated “stalls” and “stalls and urinals.” I’m always in favor of whatever, whichever, we all pee and poo, and sometimes the line is too damn long for one bathroom while the other is completely vacant. A toilet is a toilet.

Jared Libby, our Advocate Sessions sound guru, also ran sound that night. He was on stage prepping for Deer Tick to play. Later I thought, after being up close to the stage, I didn’t feel an impending sense of becoming deaf and I heard every note and vocal lyrics perfectly clear and crisp. Good sound engineering is key for a successful show.

The lights dimmed to a calming blue and the foursome emerged on stage. They opened with “Bluesboy,” their first single off their eighth full-length album, Mayonnaise. Their outfits. Oh my goodness, their outfits. McCauley was in a pirate’ish shirt and flamingo printed pants, drummer/singer Dennis Ryan wore a unicorn shirt that said “DEAD INSIDE,” bassist Christopher Ryan looked like he was auditioning for Saturday Night Fever, and guitarist/singer Ian O’Neill was in a flowery 70’s-style shirt. The appearance, along with their nonchalant humor adds to the experience of seeing them live. I saw them once when they were all dressed up as Super Mario Brothers characters. 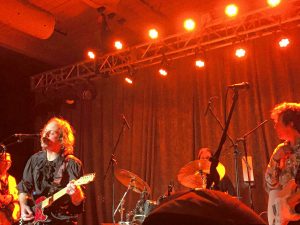 “It’s nice to be back in Western Mass,” West Springfield native O’Neill said to the audience. “Thanks for selling out the show well in advance.”

On this tour, the Mayonnaise tour, they are asking fans to submit the songs they want to hear live. So they pick the top 10 voted songs for each venue and perform them. They definitely played more than ten songs. They were on stage for close to two hours, so they played the most requested along with the ones they chose to play, which makes for seeing them multiple times on the same tour even more enjoyable with a different set list each night. 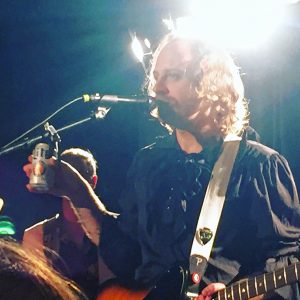 “Art Isn’t Real” off of their War Elephant album must have been a fan-picked tune because mid-song McCauley stopped singing and smiled, then a moment later picked up to the next verse. Once the song was at the end, he remembered the verse he originally forgot and sang it. “There, now you heard the whole song,” McCauley said with a smirk, “We’re only human, even though sometimes we look like we’re from outer space.”

Once the song “Mange” came on, I knew the show was about to wrap up. They’ve played that song last many times before when I’ve seen them. They exited the stage after that song, only to come back after a couple of minutes. “I think we need to start having a urinal on stage,” McCauley said. They played another handful of songs, including a beautiful rendition of the classic tune “Sleep Walk.” Then they closed the night with another classic, Joe Cocker’s “You Are So Beautiful.”

I couldn’t leave the building without picking up their Mayonnaise album on creamy, smooth white vinyl at the merch table. To my surprise when I opened it later, there was a bonus 7” inside. The only ticks I want multiples of.

Jennifer Levesque writes the twice-monthly column, Valley Show Girl, you can reach her at jlevesque@valleyadvocate.com or more info on www.valleyshowgirl.com.