Stagestruck: Liaisons, both neighborly and dangerous, at the Bushnell 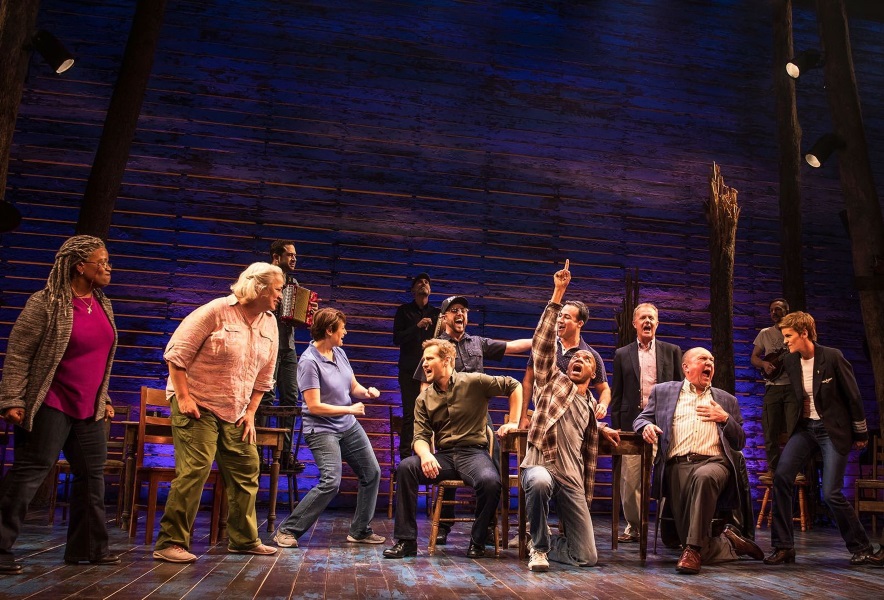 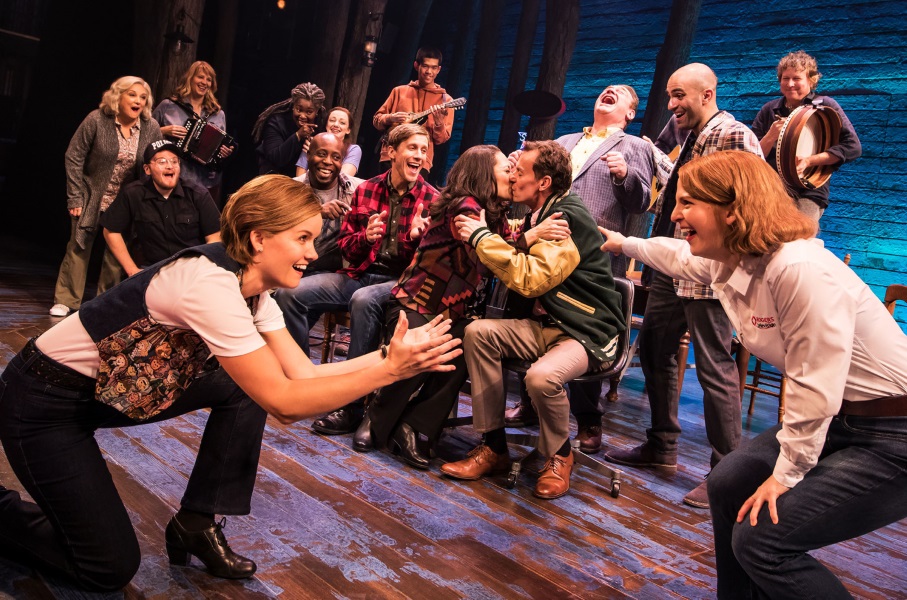 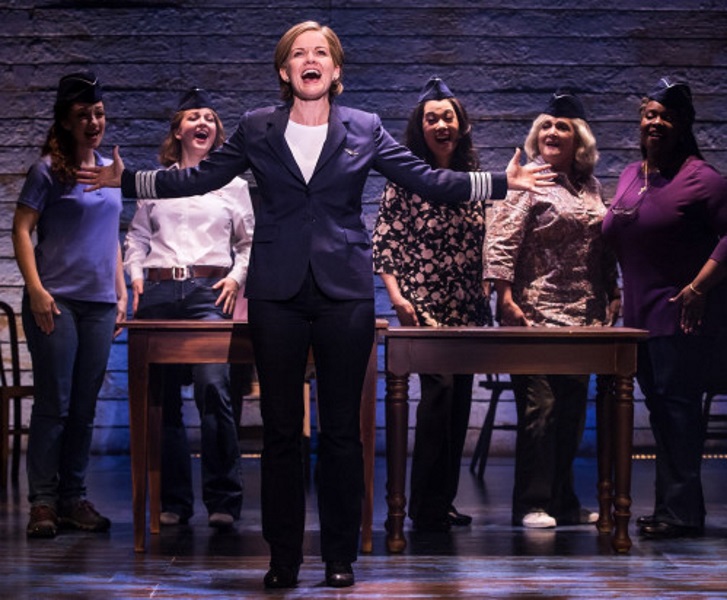 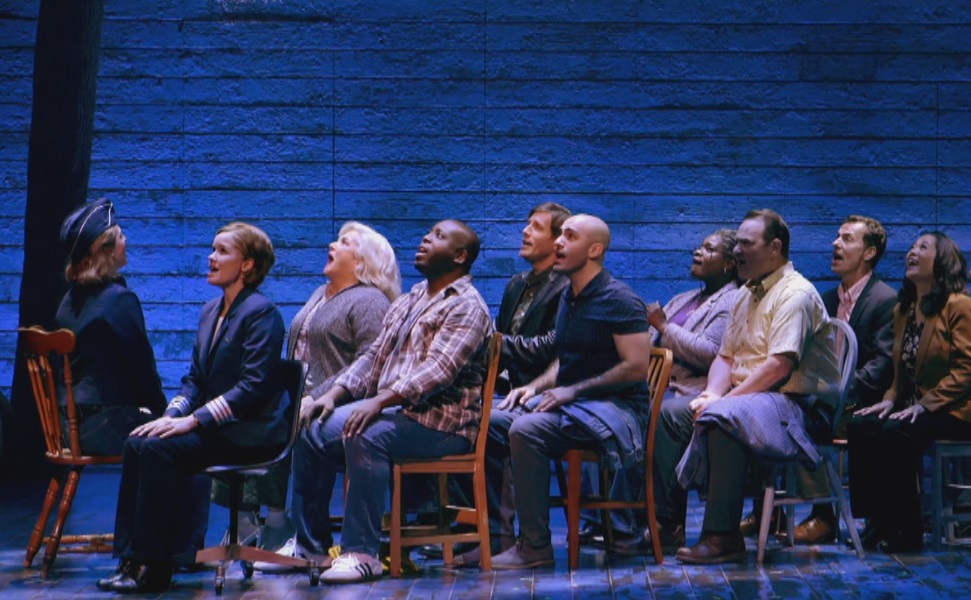 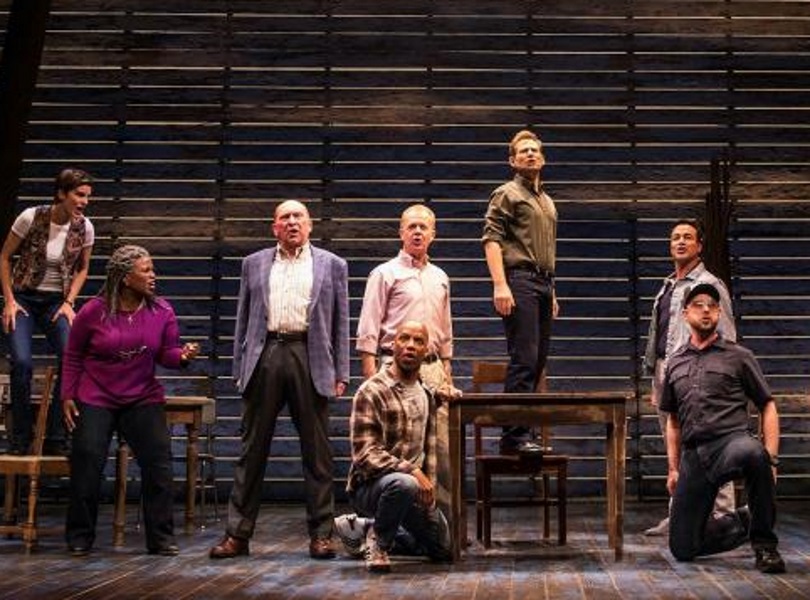 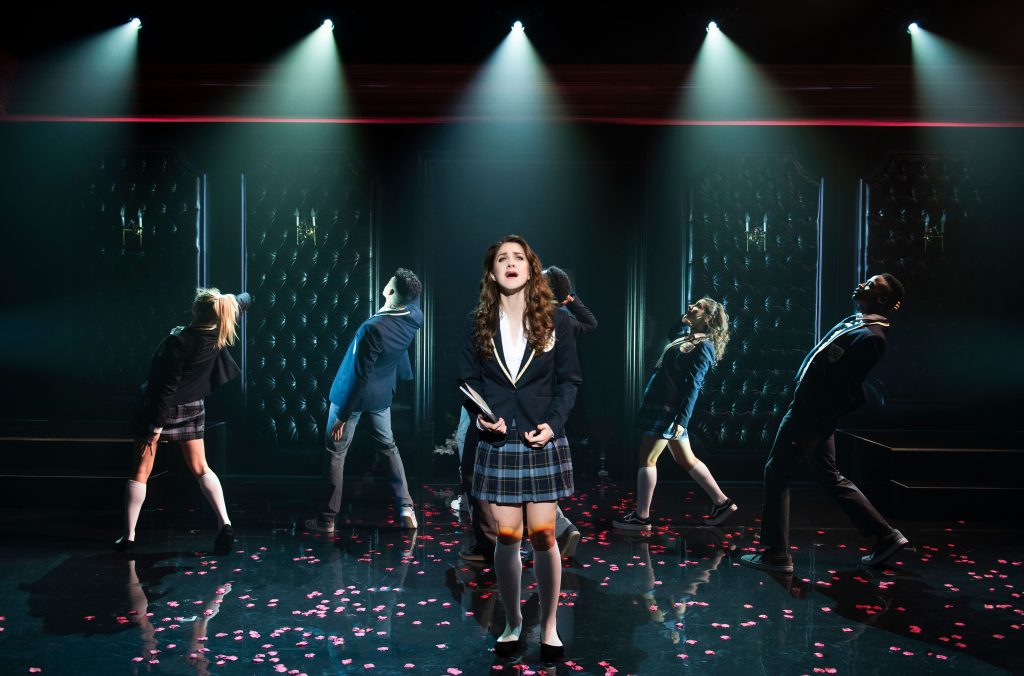 When the twin towers crumpled on September 11, 2001, American airspace was closed for fear of further attacks and all U.S.-bound flights were diverted to other airports. One of these was Gander International, i n Newfoundland, where 38 airliners landed, carrying nearly 7,000 passengers. For five days, until the planes were permitted to fly again, the airfield’s namesake town, population 9,000, hosted the refugees.

Come From Away, playing at the Bushnell Performing Arts Center in Hartford through May 5, was an unlikely hit of the 2017 Broadway season. “A musical? About 9/11? That takes place where?”

But really, not all that unlikely. The story of the locals’ open-handed response to the strangers’ sudden arrival – feeding, clothing, housing and ultimately befriending them – is a heartwarming (and tear-jerking) tale of spontaneous generosity in the face of tragedy, of human connections forged across borders of nationality, language and culture. Indeed, the show’s theme – a community welcoming outsiders seeking refuge – is now even more pointed and poignant. 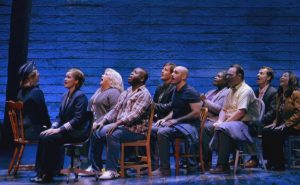 Making the story unique is its setting– Newfoundland, the rockbound island province off the east coast of Canada, where life is slow and familiar, and “you’ll probably understand about half of what we say,” as one character explains (the local dialect is a Scots-Irish mix flattened by Canadian vowels). It’s a place so isolated that any outsider is considered to have simply come from “away.”

Written by Irene Sankoff and David Hein, the show was not only a Broadway hit but is still playing two years on and has spawned several satellite productions. The road company that’s now in Hartford for a six-night stand works off the original template, including Beowulf Boritt’s stark setting – a bare stage furnished with plain wooden tables and chairs that morph into an airline cabin, a schoolroom and a bar, backed by a high clapboard wall and bordered by soaring tree trunks. The eight-piece onstage band, just visible at the edge of the woods, includes Celtic instruments that underpin the eclectic score and take center stage for a ceilidh in the local pub. 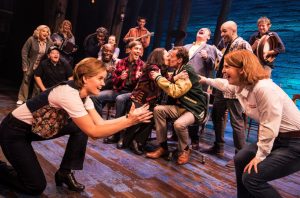 A versatile cast of twelve take on a multitude of roles, many of them based on the actual islanders and “plane people.” For me, the newcomers stood out more than the natives, who provide a framework for the outsiders’ more detailed back stories.

There’s Diane, the outgoing Texan (Christine Toy Johnson), and Nick, the diffident Brit (Chamblee Ferguson), strangers who slowly fall in love in the course of their enforced internment; a gay couple (Nick Duckart and Andrew Simonsky), both named Kevin (“It was cute for a while”), whose relationship frays from the stress; Ali (also Nick Duckart), a Muslim, subjected to a humiliating strip search by panicked security personnel; Hannah (Danielle K. Thomas), sick with worry for her son, a New York City firefighter; and Beverley (Becky Gulsvig), the pilot of one of the planes, whose true life story acts as a virtual product placement for her employer, American Airlines. 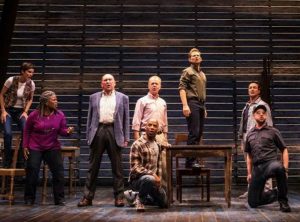 The Newfoundlanders who most come into focus include Gander’s mayor (Kevin Carolan), steadfast and sleepless in the emergency, and Bonnie (Megan McGinnis), who runs the local animal shelter and tends to the non-humans left aboard the aircraft – cats, dogs and chimpanzees (one line summarizes the whole adventure as “38 planes, 5 days, 19 animals and 7,000 strays”).

The music and lyrics in the almost-sung-through piece move the intersecting stories briskly, more rhythmic than melodic and more generic than original. (In one recurring refrain I detected an echo (I assume unintentional) of a tune from Rent which, ironically, goes with the lyric “Living in America / At the end of the millennium.”)

The ensemble are onstage the whole time, often addressing us directly in present-tense narrative, donning characters and nationalities with the addition of a jacket or scarf, cap or hijab. The small-cast multitasking serves a symbolic as well as budgetary purpose – to bring home the message that whether we come from “here” or “away,” we’re all one people.

From the get-go, the show maintains a pell-mell energy, with a lot of humor and a lot of heart. At the end, in a gesture I’ve rarely seen even for the biggest hit shows, the standing ovation was instantaneous and prolonged, as the audience first cheered the cast and then stayed for an encore from the band, which in other shows might simply have ushered us out.

Through May 5, tickets and info here.

“It’s no Clueless, but Cruel Intentions has endured better than most 1990s teen movies,” wrote the Times’ theater critic when the stage version of the 1999 film opened in New York in 2017, the same year Come From Away debuted on Broadway. Next weekend, the national tour of the self-styled “90’s Musical Experience” is dropping into the Bushnell’s intimate Belding Theater for two performances. 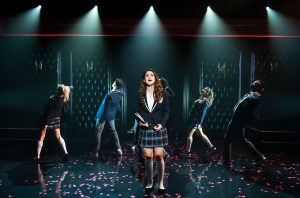 The movie was adapted for the stage by the film’s director/screenwriter, Roger Kumble, with Lindsey Rosin and Jordan Ross. Here, rich, popular teen queen Kathryn Merteuil bets her step-brother Sebastian Valmont that he can’t seduce the headmaster’s virginal daughter. If she wins, he gets Sebastian’s vintage Jaguar; if she loses, he gets her.

Cruel Intentions naturally lends itself to the jukebox-musical genre. The movie’s soundtrack featured various hits of the Nineties, which the musical plunders and adds to, with songs by the likes of Jewel and Britney Spears, R.E.M. and *NSYNC.

In other words, what began as an up-to-date teen flick is now, 20 years later, a live nostalgia fest for millennials and other lovers of late-century retro.