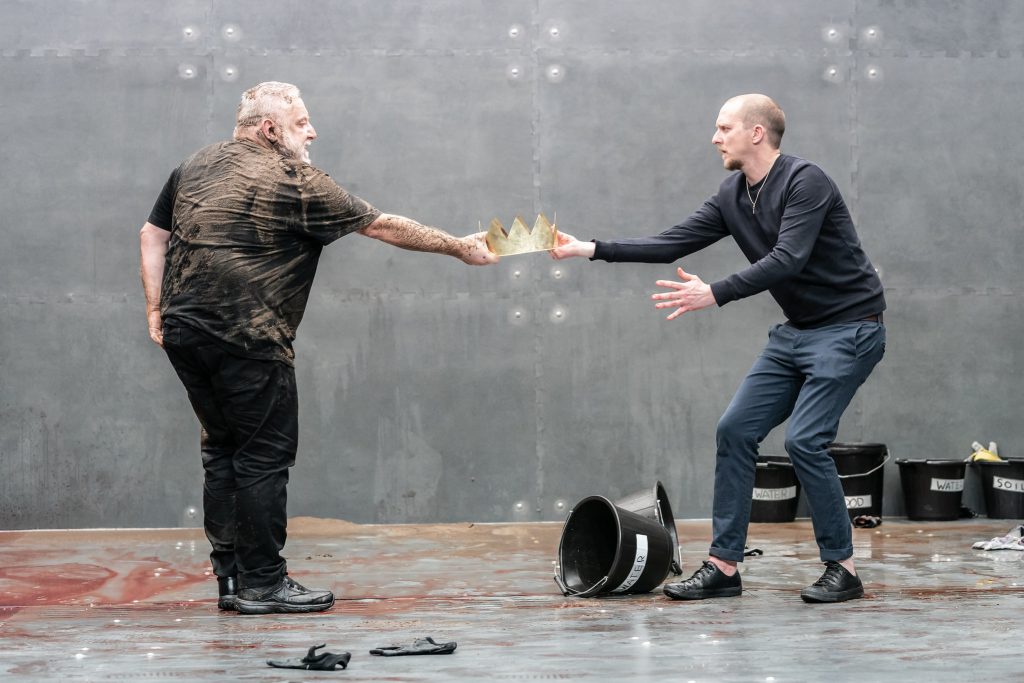 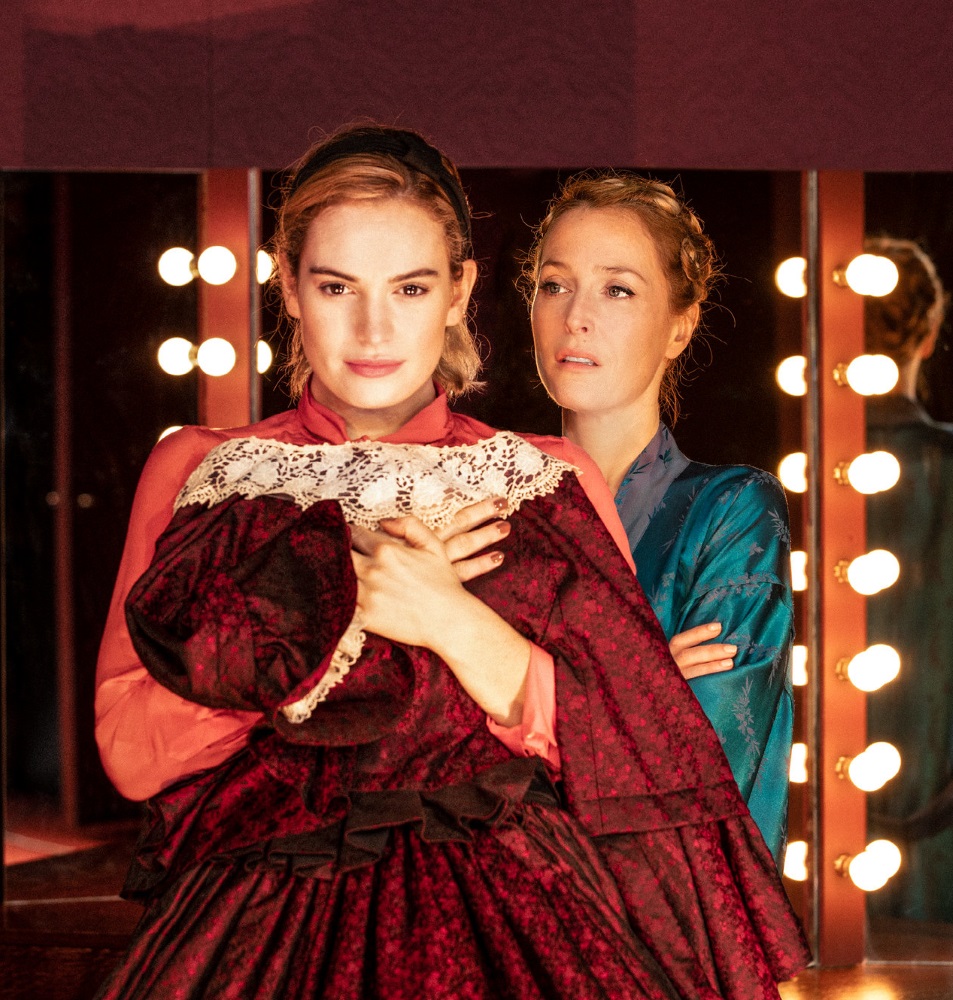 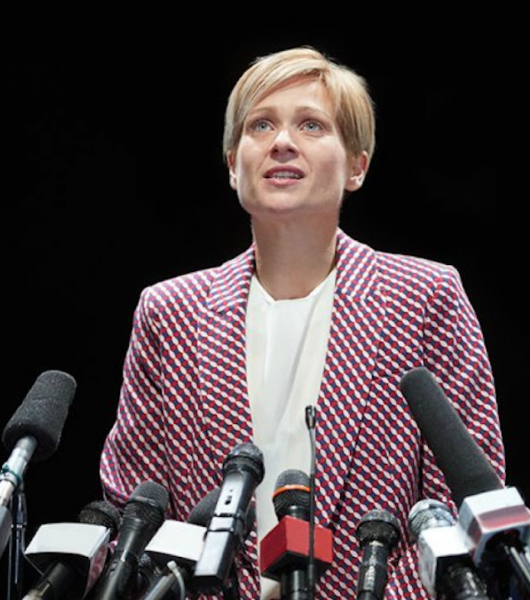 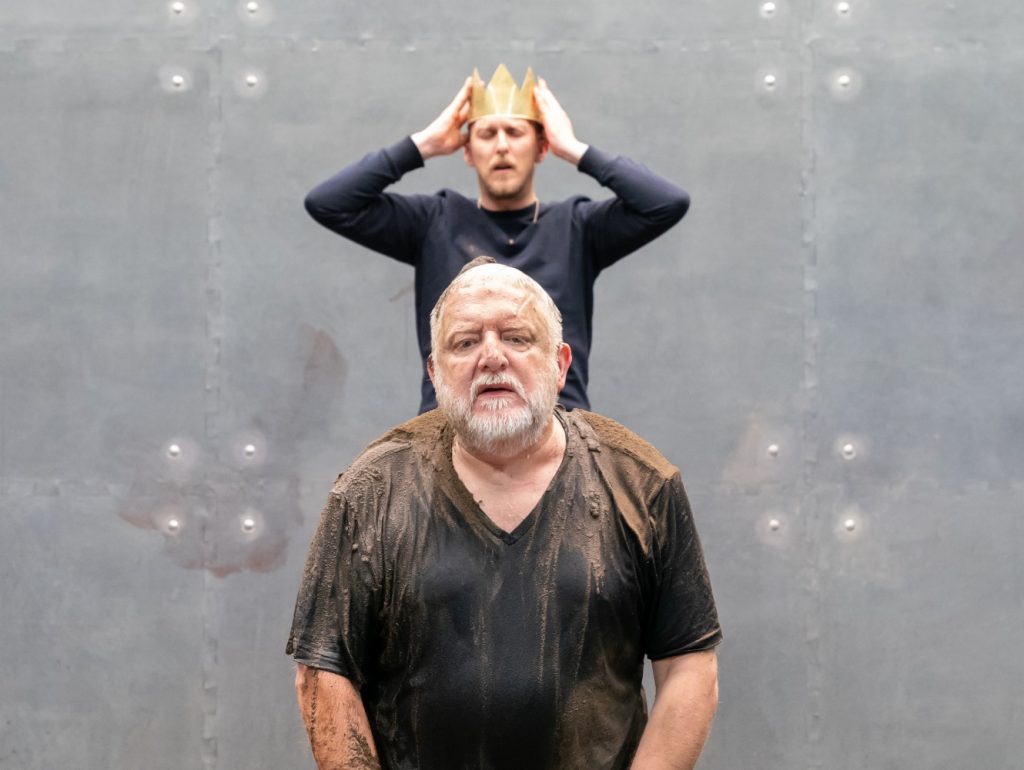 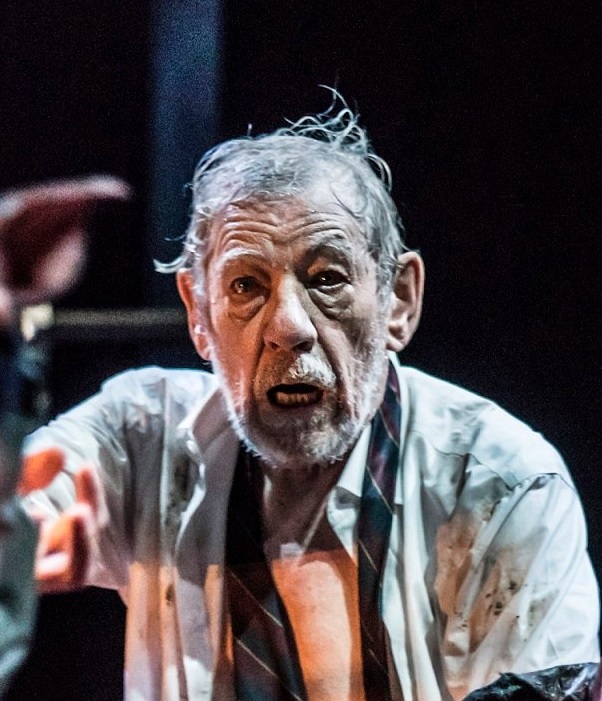 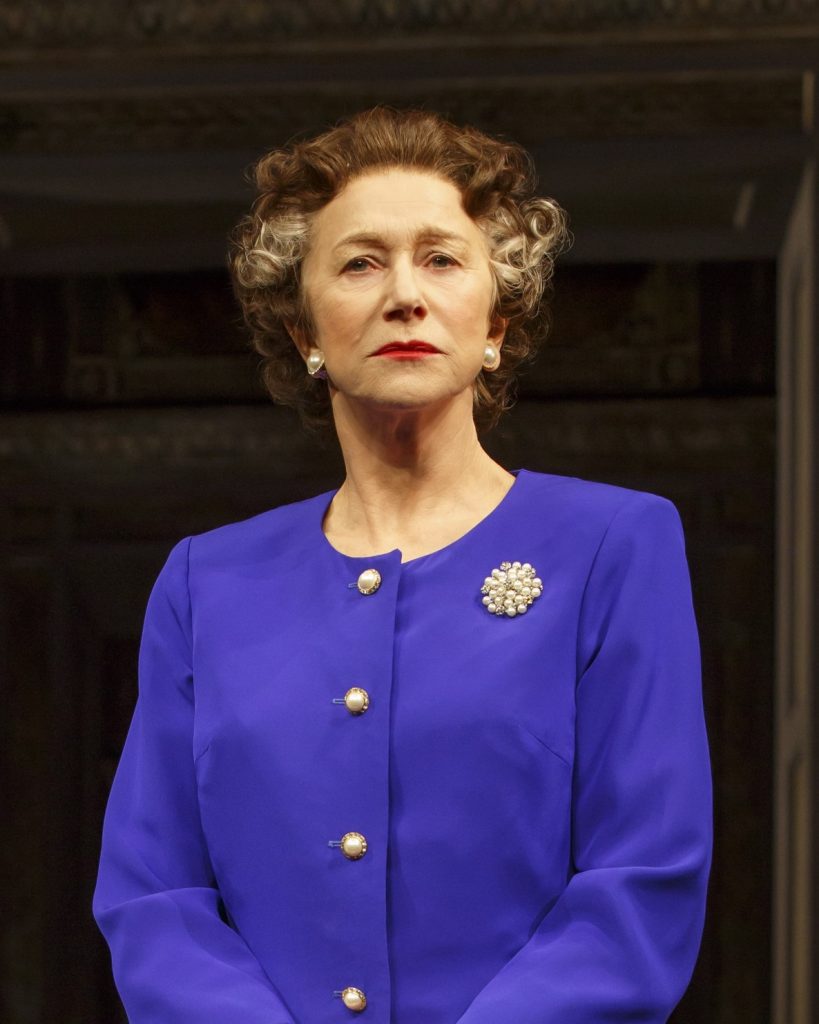 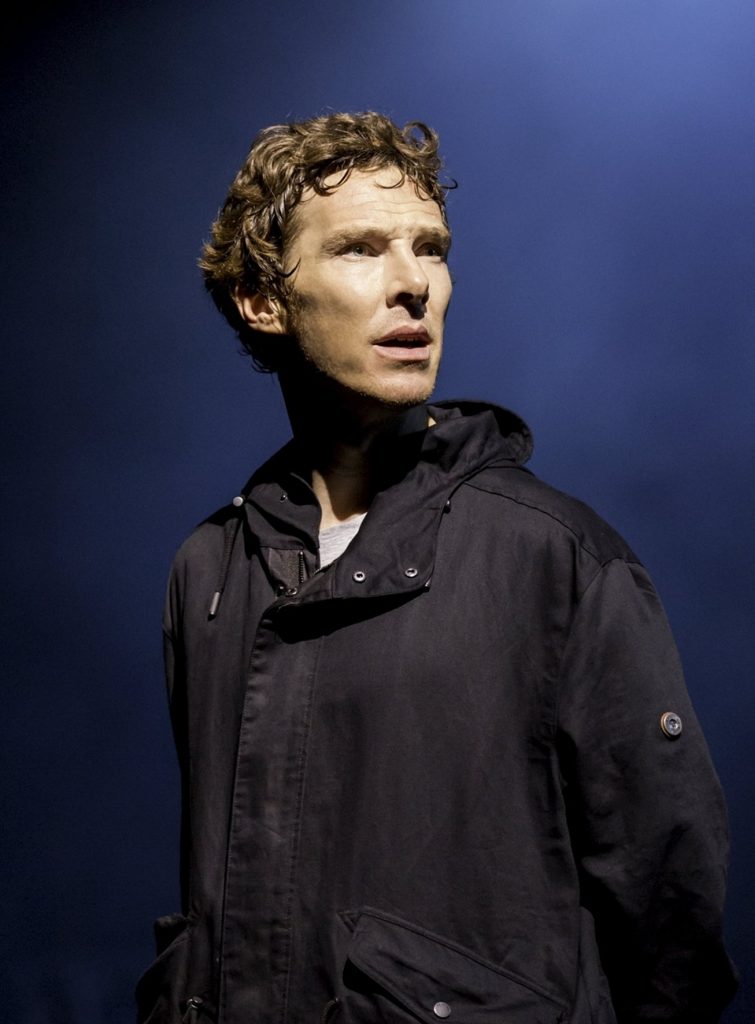 Two revisioned classics, a brand-new political drama, and some audience favorites are on tap in the Amherst Cinema’s series of broadcasts from the London stage via National Theatre Live.

First up, this Saturday and again on the 14th, is Shakespeare’s most lyrical history play, Richard II. It’s a tragedy of regicide bred by vanity and indecision on one side, ambition and raw power on the other. It comes not from the National Theatre’s expansive stages but from the 300-seat Almeida Theatre in North London. 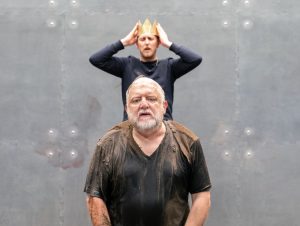 The intimate performance is sliced to a speedy 100 minutes and mounted on a bare stage where buckets of blood stand ready for use. Simon Russell Beale and Leo Bill play King Richard and his nemesis, Henry Bolingbroke, soon to be Henry IV. They are supported by an ensemble of six who play everyone else, in grubby street clothes.

Joe Hill-Gibbins’ production begins at the end, with Richard doomed and imprisoned, mulling over his mistakes and “studying how I may compare this prison where I live unto the world,” then flashes back to his years of haughty pomp and eventual downfall.

The London critics were split on the production, some praising its compact energy while others lamented the fine details lost in compression. All were unanimous, though, in praise of the star, Simon Russell Beale. While conceding that he’s way too old for the role (Richard lived a mere 33 years), one reviewer argued that “the casting makes sense. Few do quiet, eloquent despair as well.”

I’m eager to see this performance myself, as I’m not a great fan of Simon Russell Beale. In two previous National Theatre outings, I admired his Timon of Athens (another proud man fallen from greatness) but despised his overblown King Lear. We shall see.

Another production that got mixed reviews but raves for the star comes to Amherst on June 1st and 12th. It’s a stage version of the cinema classic All About Eve, adapted and directed by the ever-controversial Dutch master Ivo van Hove, whose spare, tense renditions of Hedda Gabler and A View from the Bridge have also graced NT Live screens. 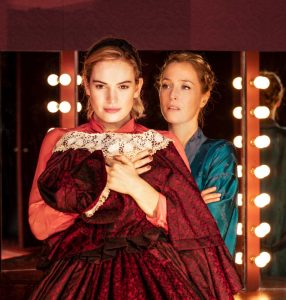 The 1950 film was a triumph for Bette Davis as the aging Broadway luminary Margo Channing, lionized then undermined by an ambitious and manipulative young actress. Some of her sardonic zingers have entered cinema legend, most of all “Fasten your seatbelts, it’s gonna be a bumpy night” – a warning not to air travelers but to partygoers about to witness an emotional meltdown.

Here Margo is played by Gillian Anderson, who came up as Agent Scully in The X Files and has since plunged into juicy film and stage roles, including Nora in A Doll’s House and Blanche in A Streetcar Named Desire. She’s joined by Lily James (Lady Rose MacClare in the later seasons of Downton Abbey) as Eve Harrington, the aspiring ingenue who hitches her wagon to Margo’s star.

Van Hove’s production mixes live action with video of the actors, which one critic found “so apt for a story that always felt half of film, half of theatre.” While some hailed “a memorable production … done with tremendous panache,” others disapproved: “Hove clings too close to Joseph Mankiewicz’s film,” growled one. “He fiddles with it rather than reinvents it.”

But the critics weren’t split on Anderson’s performance, calling her “simultaneously brittle and radiant, poised yet fragile…. She exudes first boredom, then fear, and communicates wariness with just a poisonous glance.” 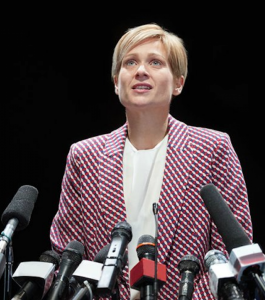 Looking ahead, the summer promises one more new production, along with reruns of three audience favorites in celebration of NT Live’s tenth anniversary. The new one is I’m Not Running, a fierce look at British politics in the Brexit era, screening on July 13 and August 27.

It’s by David Hare, whom the Washington Post called “almost certainly the premier political dramatist writing in English.” In his latest, a dedicated doctor is thrust into politics when she leads a campaign to save her local hospital from closure. She’s elected to Parliament, ultimately finding herself touted for party leadership and beset by scandal. The physician-turned-politico is played by Siân Brooke, who was Sherlock Holmes’ kid sister Eurus in the TV series starring Benedict Cumberbatch.

Speaking of whom, Cumberbatch’s Hamlet is one of the NT Live encore presentations on tap this summer. Another star vehicle whose lead was praised while the production was mostly panned, it screens at Amherst Cinema July 15 and September 14. 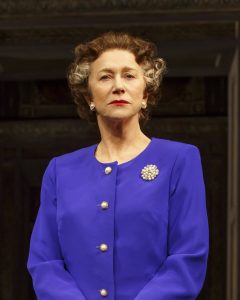 But first, on July 4, Helen Mirren reprises her sensational tour de force as Queen Elizabeth II in The Audience, a witty and trenchant review of Her Majesty’s official appointments with all of her Prime Ministers through the years.

Photos courtesy of the National Theatre