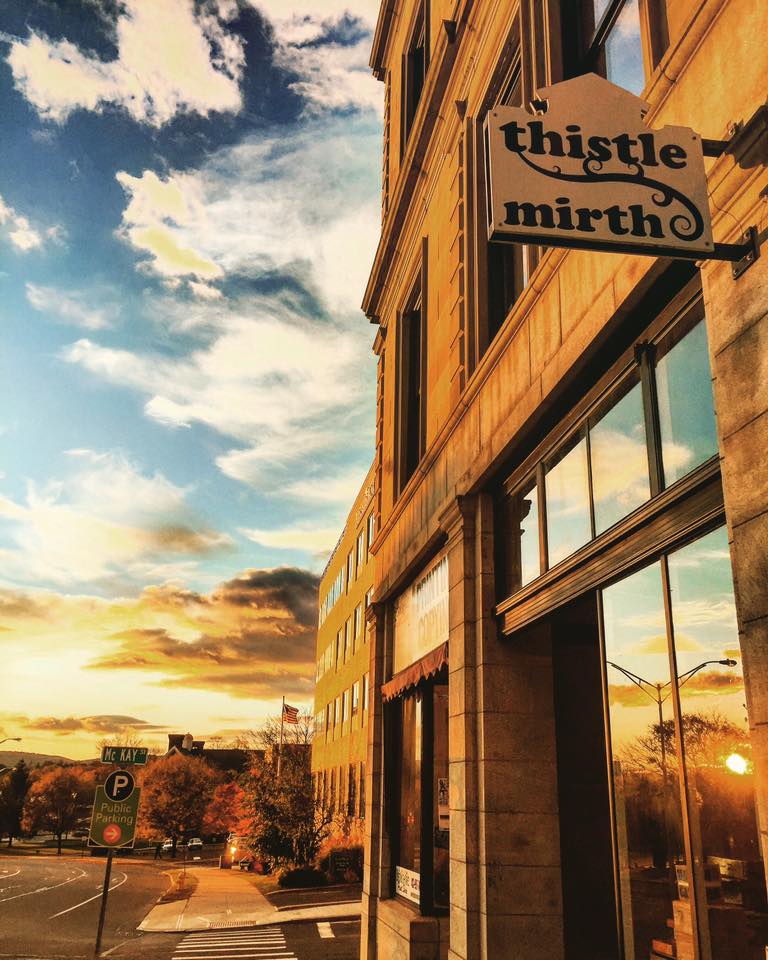 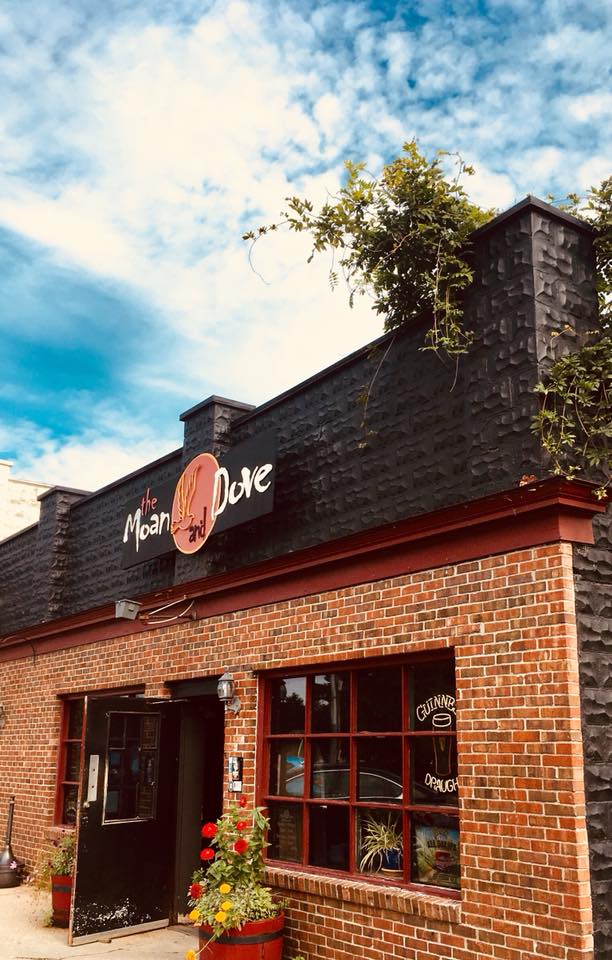 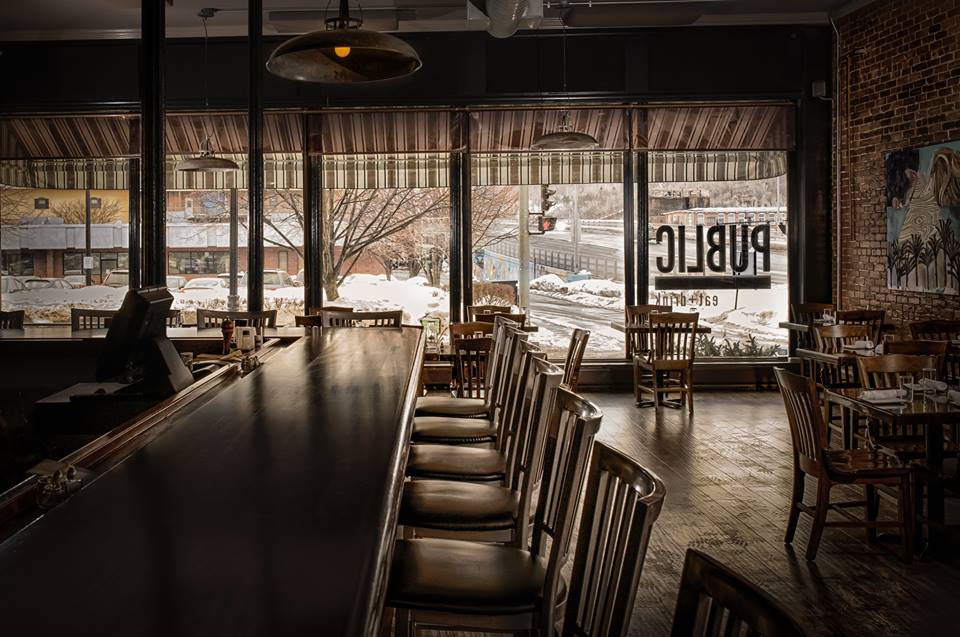 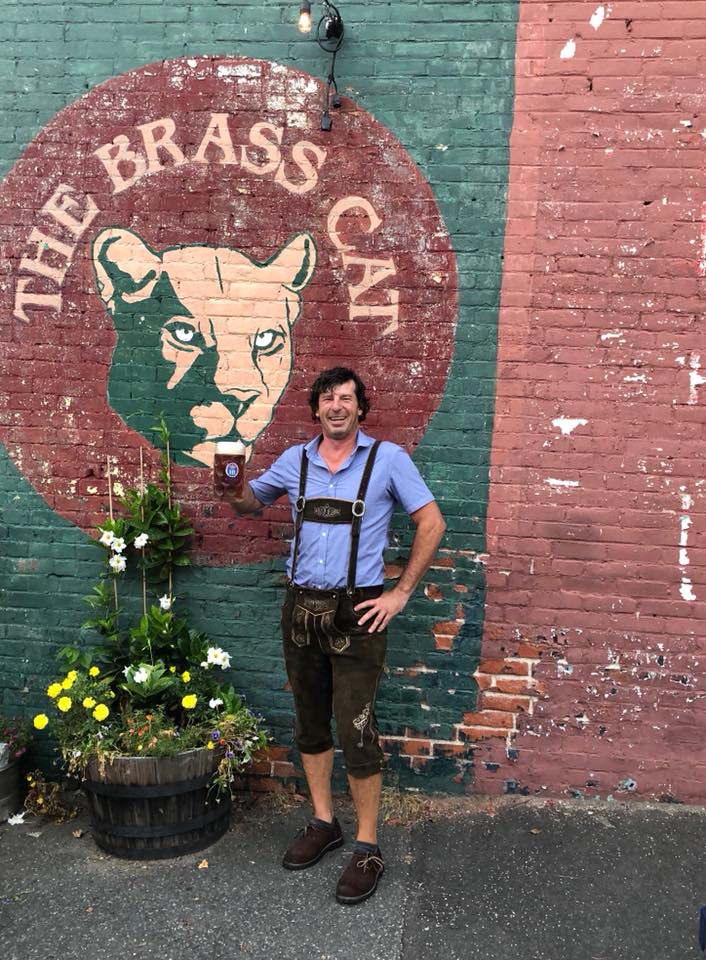 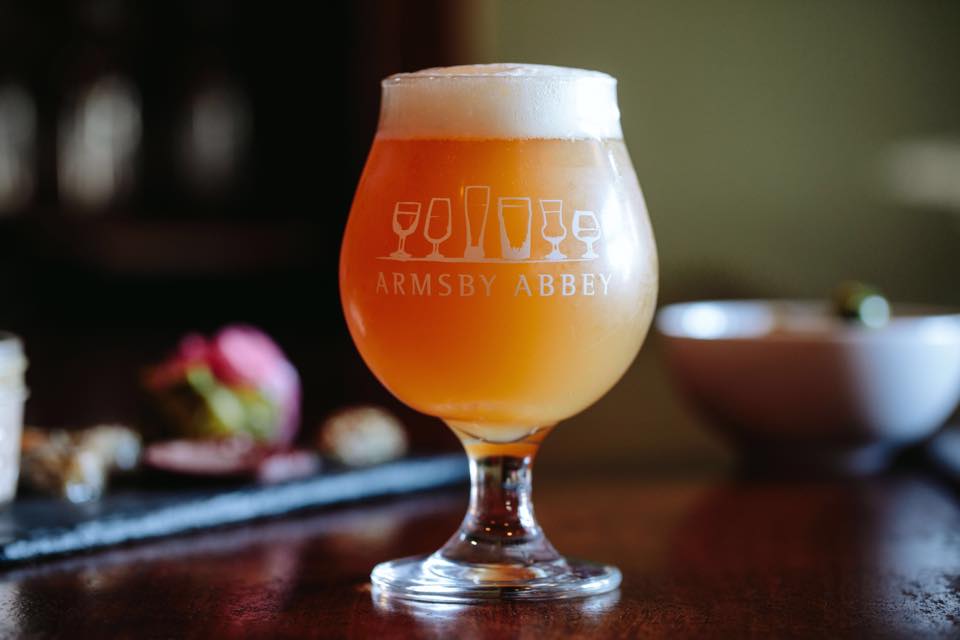 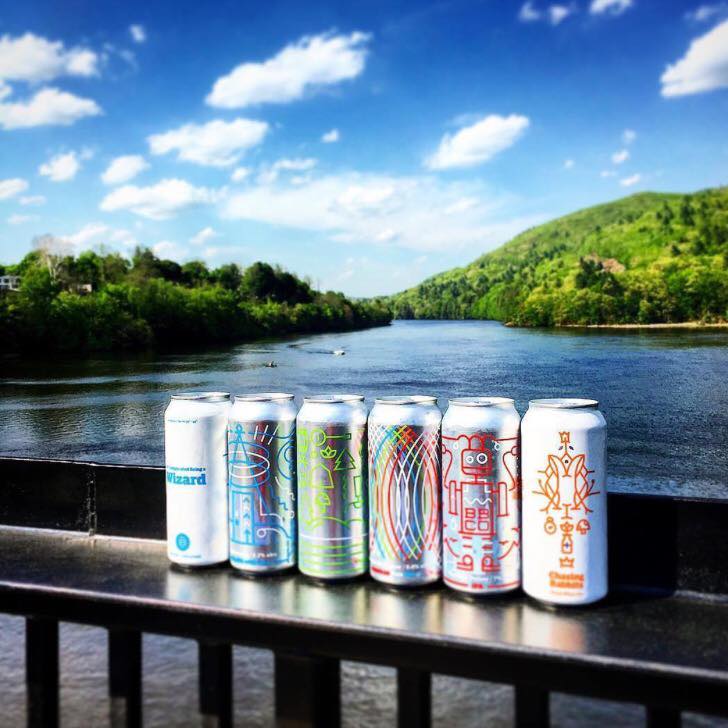 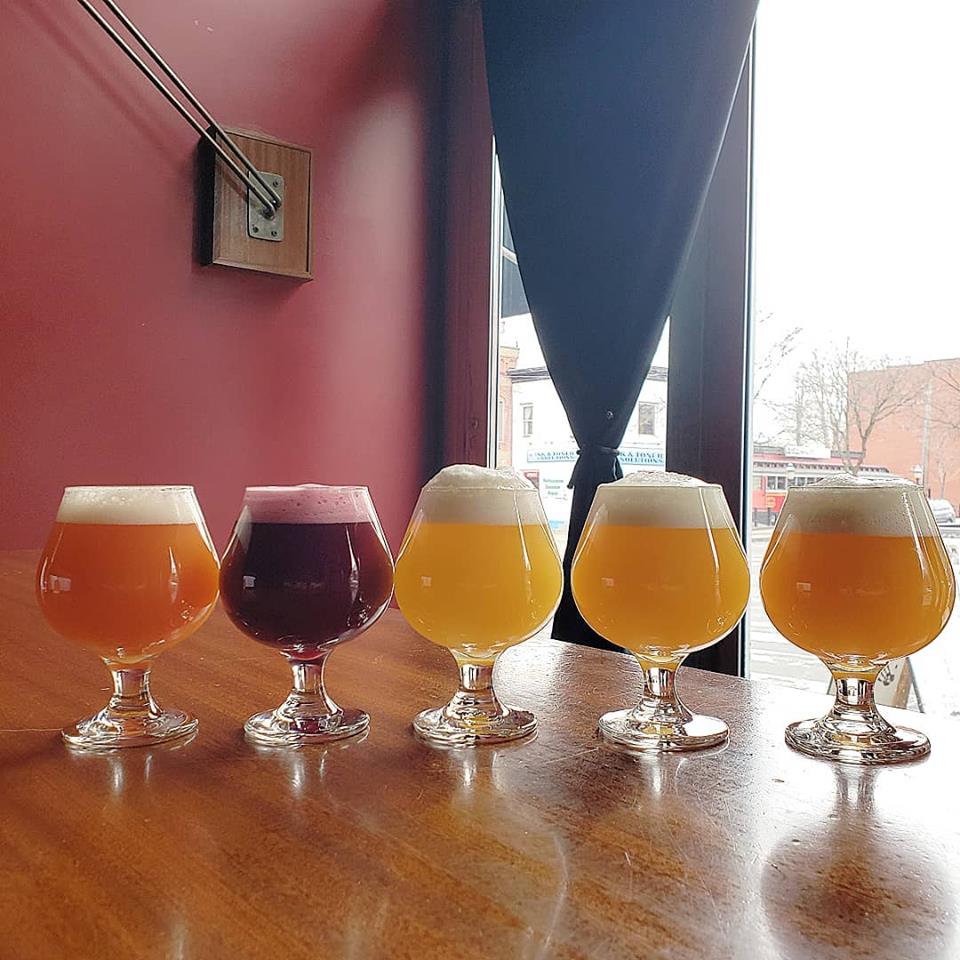 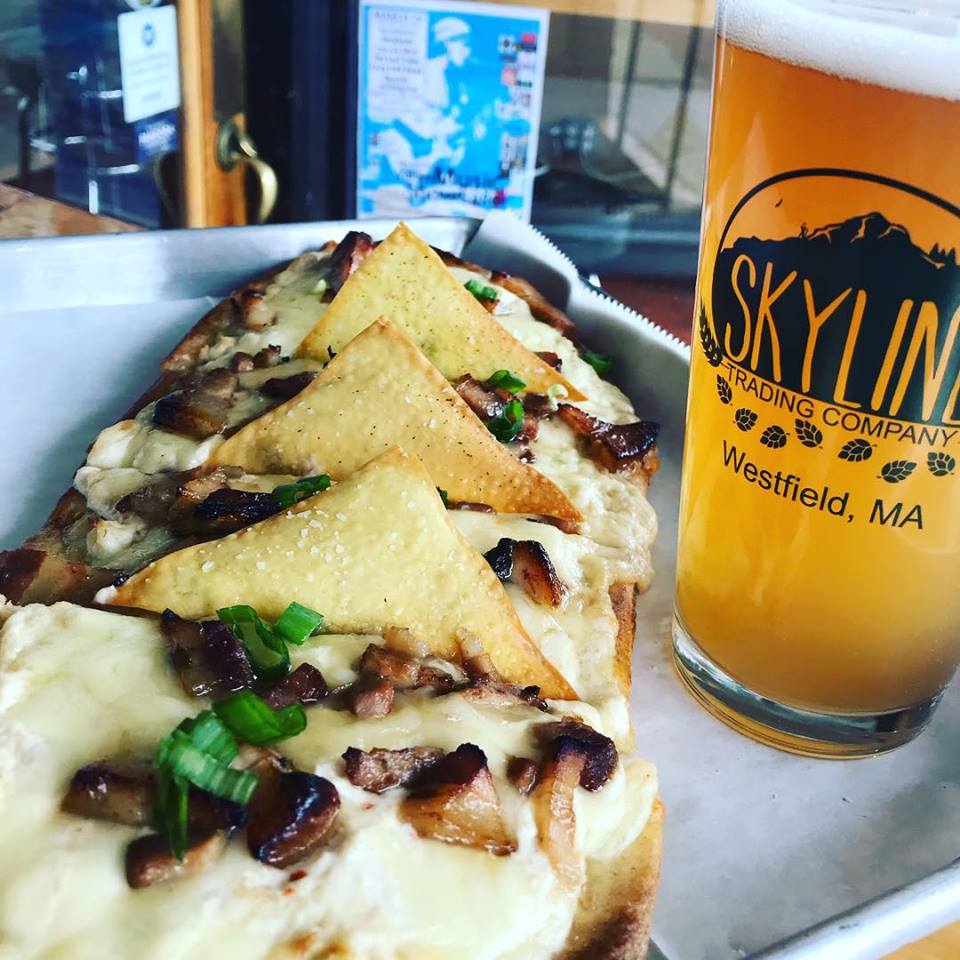 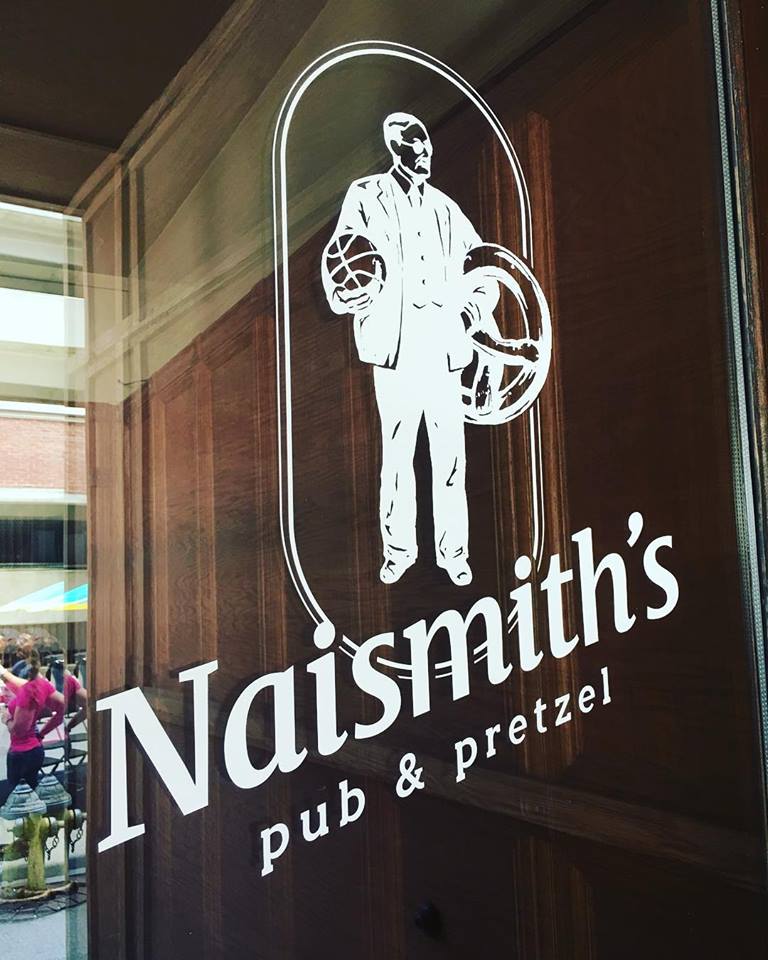 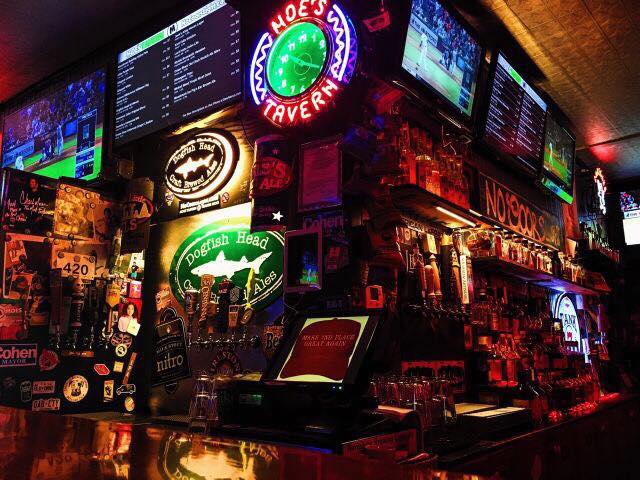 Since I started this column in 2014, it hasn’t gotten any easier to keep up with the craft beer news pouring out of the Valley (not that I’m complaining). I try to go straight to the source by touring breweries, chilling in taprooms, and talking with local brewers.

This month, I’m personally recommending 15 places that offer something special — not the least of which is a good craft beer selection. Give this incomplete list a read and make some visits. You just might lock in your new favorite craft beer spot. 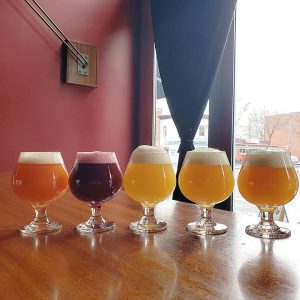 The mere mention of The Dirty Truth is enough to start an argument among locals in search of a night out. Some consider the Truth’s long bar and large tables a great place for group conversations over drinks (which is true, at least during off-hours), while others balk at the food menu’s strict no-substitutions policy and the overall hipster vibe. Regardless, I think we can all agree that the beer menu here is a terrific blend of local, national, and international beers. It’s one of the few Valley spots you can frequent for weeks and never drink the same beer (or cider) twice. 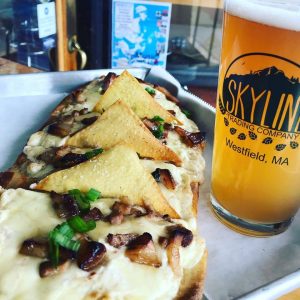 Skyline only seats about 30 people, but for a small space, the food menu here is top-notch (thank chef Dan Osella, who owns the place with home brewer Lisa Pac), which means you can enjoy a good meal with a draft beer from one of Skyline’s 11 taps. I recently had a pint of Cocoon IPA from Relic Brewing Company in Connecticut while I browsed the “hop shop,” which offers homebrew supplies. Osella and Pac celebrated Skyline’s second anniversary in October, and are looking to expand into a more permanent location soon. For now, catch them on Elm Street. 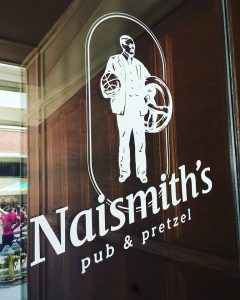 Located next to Smith’s Billiards (which has a nice craft beer list of its own), the newly-opened Naismith’s is a reboot of the bar that operated here until 2008. The draft list is excellent: 24 taps that, on my visit during December’s soft opening, included beers from Mystic, Medusa, Crooked Stave, Samuel Smith’s, To Øl, and more. With any luck, this upscale pub will help goose downtown Springfield’s evening foot traffic (something tells me the MGM casino isn’t going to do that all on its lonesome). Oh, and the made-to-order stuffed soft pretzels are wicked good.

It has to be said: the Taproom is in one of the Valley’s stranger locations. The bar is tucked into a mall development called Mill Valley Commons, which puts it alongside a martial arts center and an improv club. But it can be a fun stop-in, with 12 taps, a handful of cocktails, shuffleboard, live music, and three landline phones that auto-dial Wildwood Barbecue, Sibie’s Pizza, and Wings Over Amherst (you can also carry in your own food). The Taproom offers flights of four beers for nine dollars, which recently gave me the chance to relax with beers from Tin Bridge, Exhibit A, Bright Ideas, and Iron Duke on my way from Point A to Point B. 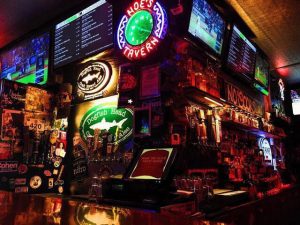 The website for Moe’s is nocoorslight.com, which pretty much says it all. This occasionally rowdy but mostly easy-going tavern is one of Berkshire County’s best-kept craft beer secrets, to say nothing of its terrific whiskey selection. The dive-y interior draws an eclectic crowd — hollering sports fans one night, chatty locals snacking on fresh oysters the next — and the beer list stays varied, with taps updated daily on Moe’s website. This spot is a little out of the way for some, but if you have occasion to hop off the Pike at Exit 2, you’re just a few minutes away.

Ludlow’s craft beer headquarters holds its own by rotating its 14 taps as often as possible, relying on quarter-barrel kegs that kick in a matter of days, not weeks. With an enormous list of bottles and cans — featuring beers from places as varied as Amherst, Chicago, Montreal, and Stockholm — lots of TVs, and room in the back for a game of pool, it’s a clean and welcoming hideout for the craft beer fan who likes to chase her imperial stout with an hour of SportsCenter.

Murphy’s exterior is nondescript, but the well-windowed restaurant and clean, spacious bar make this an easy and sociable place to stop in, day or night. Those who have tried the pub grub from the restaurant’s food truck, Murphy’s Mobile, know that the food is good, but the beer selection here is really impressive: 24 rotating taps with domestic craft beer, European imports, and local favorites. On my last visit I ordered a beer from Collective Arts in Ontario, then tacked on a corned beef sandwich with fries. Sláinte! 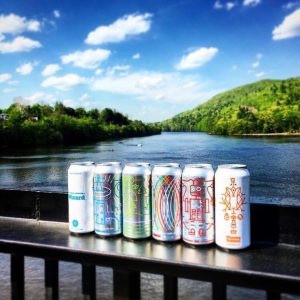 Brattleboro’s central brewpub always offers a few small batches of beer made in-house, but the bar features dozens of independent craft beers from all over. Vermont pride is strong at this establishment, so expect to see draft beers from Green Mountain State breweries like 14th Star Brewing Company, Foley Brothers, and Hill Farmstead Brewery. The restaurant can be crowded at times, but a well-timed stop-in for pub food and drink can’t be beat in this part of the state — especially if you snag seats on the riverside deck.

Tree House is a brewery, but Stoney’s Pub has always reminded me of a tree house, too. It’s nestled in alongside the bridge to Holyoke, and can only be accessed through a back parking lot. It feels like a well-kept secret. With lots of TVs and 20 taps featuring local breweries like Greater Good, Amherst Brewing, Fort Hill, and Stoneman, there are plenty of ways to kill time at Stoney’s, especially with flights of six 6-ounce pours for $12. 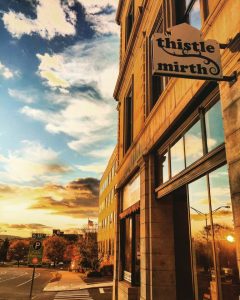 If I lived in Pittsfield, I’d be in here all the time. This small but easy-to-find spot is a needed nocturnal refuge for Pittsfield’s under-40 craft beer set (no offense, Gen X-ers). When I stopped in late on a Sunday night during a snowstorm, the bar was full. That night, the chalkboard offered beers from Stone, Peak Organic, Banded Brewing, SingleCut, and Lefty’s among others, as well as good cocktail, mezcal, and whiskey lists. There’s not much seating, but with board games, drink specials, and trivia nights, young people seem eager to claim this little chunk of downtown for themselves. 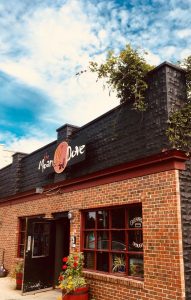 This long-standing craft beer hotspot isn’t just a place to kill time while waiting for a table at Mission Cantina — it’s one of the Valley’s first destination craft beer bars, and it’s still going strong. A big bottle list, taps that showcase diverse local, national, and international beers, and semi-frequent special pours on cask draw a pretty wide crowd (even well-behaved dogs are welcome). Don’t come here to read (too dimly-lit) or watch TV (there isn’t any). Come to try unfamiliar beer. The bartender is always knowledgeable, and the list of employee recommendations can point you in the right direction. 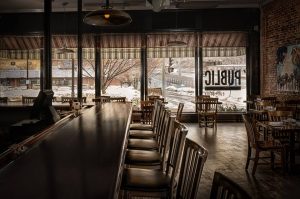 North Adams has its hip spots, and Public is probably the most visible. It attracts neighborhood regulars, visitors who walk across the street from MASS MoCA, and everyone in between. The food is quite good, and the beer list shines, with 11 taps featuring all local beers from places like Jack’s Abby, The People’s Pint, Element, and Big Elm, plus a good bottle list that offers more variety, from barrel-aged porters to grisettes, sours, and Belgian table beers. 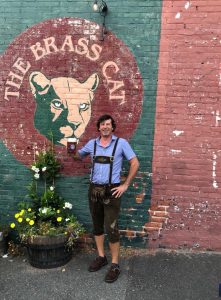 If anything about The Brass Cat ever changes, Easthampton is in trouble. This cash-only dive bar is a local landmark, where dedicated mug club members and first-time Cottage Street pub crawlers gather to play pool, throw darts, snack on free peanuts, and start friendly conversations at a low yell (it gets noisy in there). The draft and bottle list is sizable, so you can always mix it up while you play with the old-school jukebox. When you’re there next, raise a glass to the bar’s founder (and former Easthampton police detective) Richard Lavalle, who died peacefully on April 18 at the age of 86.

One of the best craft beer bars in the Berkshires is hiding along Route 7, about 10 minutes north of Pittsfield. The Old Forge has a nice patio for the warm months, but its brick interior and old wood bar is a great place to tuck in and escape the snow. The hearty food menu is suited to the Forge’s rustic ski lodge vibe (the crispy wings and french onion soup are especially good). But the centerpiece is the enormous bottled beer menu, which complements the 15 taps with hundreds of bottled domestic and imported beers. 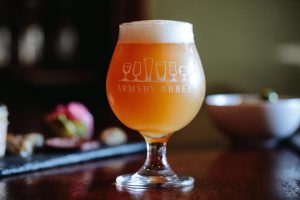 Those who see The Dirty Truth as a gold standard for craft beer bistro pubs may wish Armsby Abbey were a little closer to home. But Worcester’s best craft beer bar — which celebrated its 10th anniversary last summer — is worth the trip. Armsby Abbey has a long mahogany bar, but also some patio space and a nice back area with booth seating. The amiable staff is happy to talk visitors through the extensive list of beers (plus, they sometimes make cocktails with Mosaic hopped syrup). Last time I stopped in, I washed down a spicy jerk pork sandwich with a pale ale from Hill Farmstead and felt right at home.