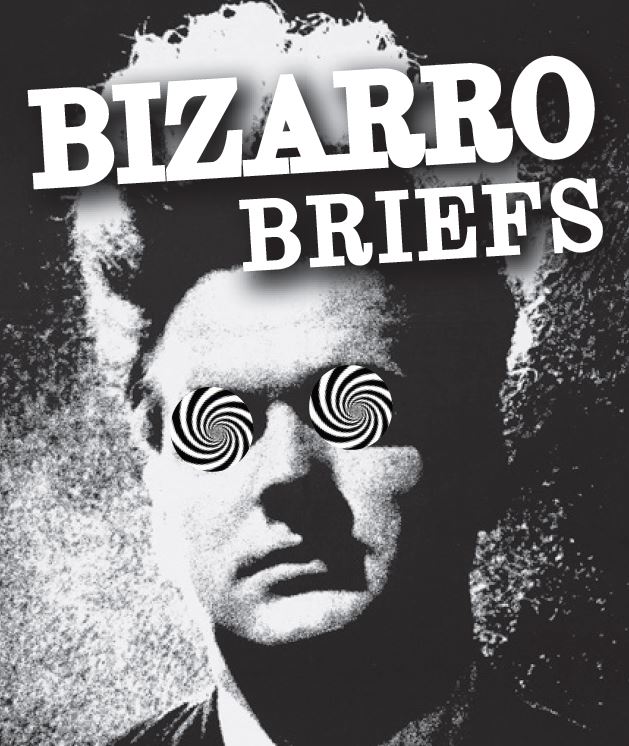 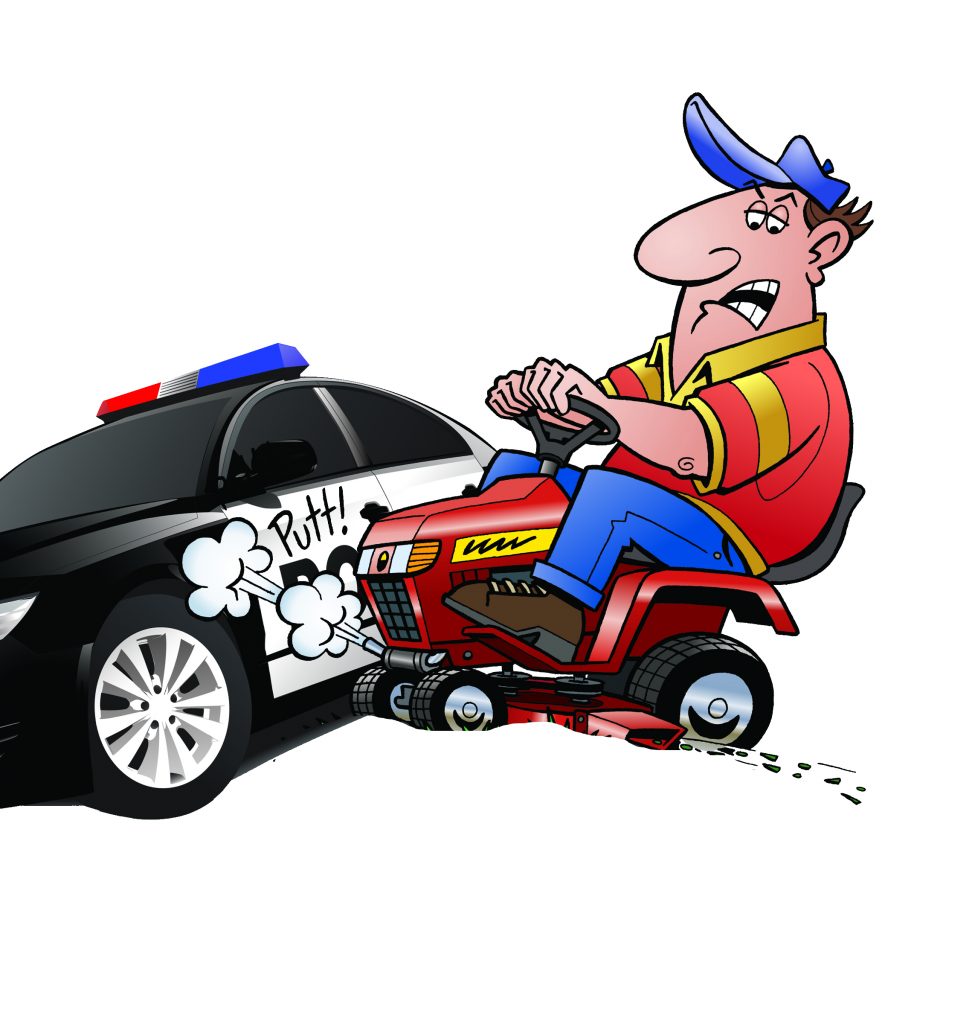 Previously on Bizarro Briefs: a mysterious serial track field defecator was revealed to be a rival school’s superintendent. He was fired. But wait folks, that’s not all! Now, the former New Jersey ‘pooperintendent’ has sued a police department for releasing his mugshot and claims the agency’s actions smeared his reputation, changing his life forever. Odds are if you’re a superintendent and you decide to go poop on another school’s track field, you might want to do some self reflection about who really ruined your life. 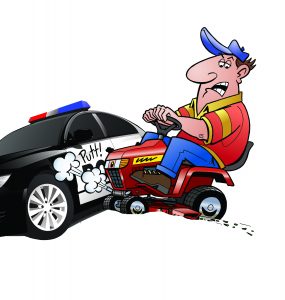 A Florida man (who else?) is facing charges of driving under the influence after crashing his riding lawnmower into a police car. The 68-year-old man crashed his lawnmower into the vehicle while the officer was away from the vehicle, according to the Lakeland Ledger. After hearing the crash, the officer walked back to his car and noticed minor damage to a plastic piece on the rear of the vehicle. The man admitted hitting the cruiser, stating that there was no damage, but also admitting that he was drunk. The officer was unable to complete a field sobriety test and was taken into custody. But it doesn’t end there. The man then accused the police of poisoning him and asked to be taken to a local hospital. It was there that he was found to have a blood alcohol level of .241, which is three times the legal limit and he also had cocaine in his system, which he claimed the police had put in his body.

A man who robbed a bank in Maine used his unwitting father as a getaway driver. The man dropped his 39-year-old son at a bank in Lewiston, Maine, believing his son needed to cash a check. A few minutes later, his son robbed the bank and they drove off. And then police stopped the getaway car not long afterwards. However, the father isn’t being charged with a crime. Police realized he didn’t know what was happening and decided not to press criminal or misdemeanor charges. His son, on the other hand, has been charged with felony robbery and is accused of stealing $620.

The ‘Even Can’t Literally’ 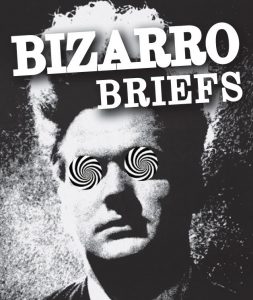 A bar in Ohio has stirred some controversy after unveiling a new cocktail called “the Even Can’t Literally,” which is a menstruation-themed cocktail complete with a tampon applicator. It was unveiled as a way to raise awareness about women’s health issues. The bar, Yuzo, in Lakewood, Ohio, posted about the new drink over its Facebook page, which showed a photo of the  blood-colored berry margarita with a tampon applicator as a garnish. Some commenters on social media criticized the drinking as mocking women. But the female bartender who created the drink says one dollar from every purchase of the drink goes to the Domestic Violence and Child Advocacy Center in Cleveland, Ohio.

Police in the Netherlands are looking for an escaped wallaby. Wait, wrong continent, you might be thinking. You’d be right. Wallabies are smaller cousins of kangaroos from Australia. However, this wallaby lives in a house in the Netherlands, so, just go with it. Residents are now on the look for the loose marsupial. Police are also urging the unnamed owner to come forward. Animal control personnel almost managed the capture the animal, but it proved too quick and escaped to the outskirts of town.

If this doesn’t get you raising your fist and damning Florida and all its backwards Bizarro-land idiots, we don’t know what will. Or maybe you’re reading this in Florida. A Florida legislator wants to bring back the illegal activity of “dwarf tossing.” Yes, that’s right, a legally-elected Republican official — state Rep. Ritch Workman from Melbourne, Florida — thinks it should be legal to pick up people with dwarfism and toss them around in bars for sport. The state representative cites the law banning dwarf tossing as another example of Big Brother stopping short men and women from getting dwarf throwing jobs. The most shocking part? Dwarf throwing wasn’t illegal in Florida until 1989.

Welcome to the neighborhood

A woman who recently moved to South Carolina was welcomed to her neighborhood by an unlikely doorbell ringer — an alligator. The woman, who is originally from New Jersey and moved to Myrtle Beach, South Carolina, arrived home to see an alligator ringing her front door bell. The gator was later removed by a trainer.  However, the woman wasn’t upset and told WSOC-TV the alligator encounter was “the coolest thing that could ever possibly happen to anyone.” Methinks she’d be saying something else if she opened her front door to see the surprise alligator inside.

Florida man chilling with the deputies

A Florida man wearing a blue Speedo and a button down shirt who was smoking pot wanted to show deputies in an east coast Florida county something. The 65-year-old man showed them his very illegal two-foot tall marijuana plant growing on his property. He wanted the officers to smoke a bowl of weed with him. They said no. When they asked him if had a medical marijuana card, he told them he was working on it. The mellow and cooperative 65-year-old man was charged with possession of marijuana and is being held at Flagler County Jail on a $1,500 bond.

Forget the three-eyed raven from Game of Thrones or The Simpsons’ radioactive three-eyed fish. There’s a new three-eyed animal on the prowl. Behold, the three-eyed snake! Wildlife officials in Australia discovered a three-eyed python, which had an eye on either side of its head and a third eye near the center of the top of its skull. An X-ray revealed that all three eyes appear functional. Officials named the three-month-old three-eyed snake “Monty Python,” but it died shortly after it was captured by rangers. R.I.P. Monty Python.