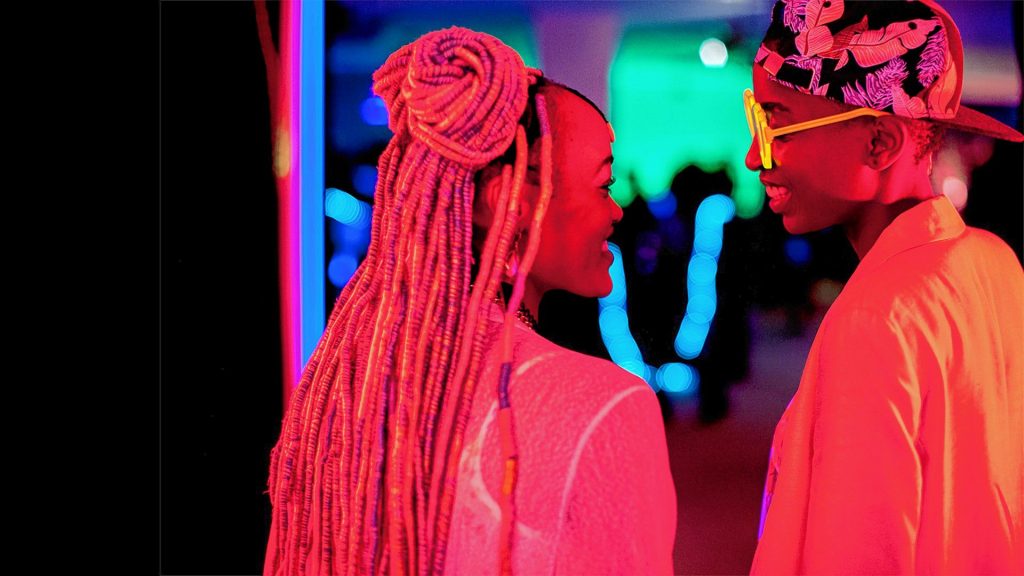 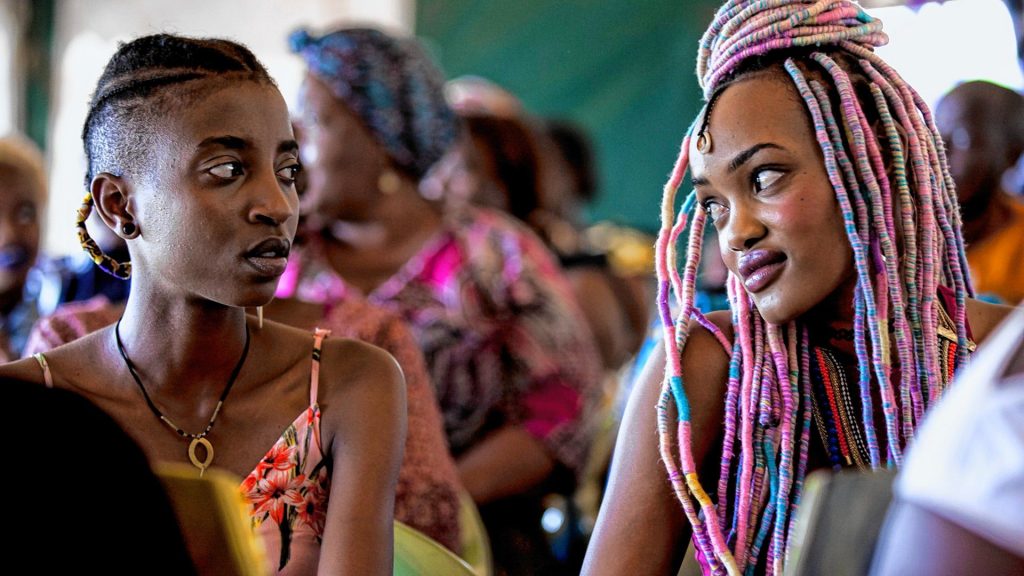 Pride Day celebrations were just winding down in Northampton as I sat down to get to work on this column. Now in its 38th year, the event is still a powerful reminder of both the power of community and the necessity of equality and representation. But while the parade has come and gone for another year, the wider human rights campaign is ongoing, as evidenced by another event coming to the area this week. 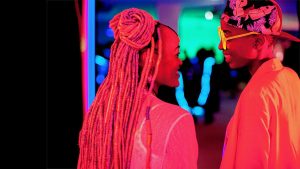 Out! For Reel is a Northampton-based organization that bills itself as the largest LGBTQ+ cultural events organization west of Boston. They present award-winning films and live shows with LGBTQ+ themes. The idea is that arts and education play a vital role in combating homophobia, and can help build bridges to larger communities, all while strengthening the ties within the LGBTQ+ community itself. This week, on the 15th anniversary of marriage equality in Massachusetts, the group brings a landmark Kenyan film to Northampton to do just that.

Rafiki is director Wanuri Kahiu’s groundbreaking love story about two young women who fall for each other in a country that criminalizes their love. Kena and Ziki are friends, excited to share their dreams of independence and career goals after years of being told that they should prepare themselves to be “good Kenyan wives.” As that friendship begins to evolve into something deeper, they must face the realities of life in an ultra-conservative land — and find a way to be true to their love without risking their lives.

Alive with color, Rafiki — the word means “friend” in Swahili, and is often used by Kenyans in same-sex relationships to introduce their partners — will be familiar in all the best ways to anyone who has ever fallen in love. The awkward silences and locked gazes, the electric pulse of a tender touch, the giddy exhilaration of simply seeing someone is all here. Yet this universal story, after a one week run in its home country to qualify for Academy Award consideration, remains banned in Kenya. And as Kahiu describes it, the reasoning behind the ban makes it even more depressing: Rafiki remains outlawed in Kenya not, as one might assume, because of its depictions of a same-sex relationship; instead, what the Kenyan Film Board took issue with was that the film’s ending was “not remorseful enough.”

Kahiu refused to alter the story. But if it remains hard to find in Kenya, it has found success abroad: the first Kenyan film to premiere at the Cannes Film Festival, it has since traveled the globe on the festival circuit, spreading awareness of a community that lives under the constant threat of violence and persecution simply for loving each other.

The show kicks off at 7 p.m., but Out! For Reel will also host a “Social Hour” beginning at six. Tickets are available at the door or in advance at outforreel.net

Also this week: in Shelburne Falls, Pothole Pictures brings in one of the all time great war (or rather, anti-war) films when it presents The Grand Illusion in a Saturday night screening. Jean Renoir’s 1937 classic, later aped by somewhat less nuanced films like The Great Escape, was a thoughtful meditation on the absurdities of war, but also on the more personal wars of prejudice and social class conflict. The film will be introduced by Nick MacDonald, author of In Search of La Grande Illusion; the night before, he will present four of his short films from the 1970s, which explore Vietnam and other issues of the era.