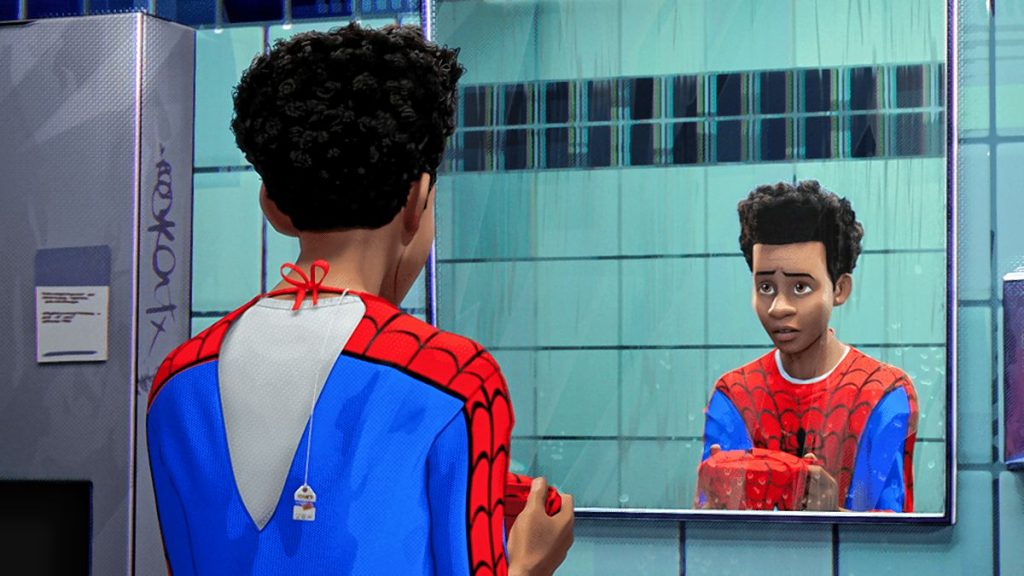 All of us have our seasonal touchstones. As New Englanders, especially, we seem to have a compulsion to carve up our years (maple season, mud season, mosquito season) and mark the moment that one quarter melts into another. For many, the spring-to-summer transition comes in the sudden quiet that follows the moment when the last school lets out for the year. But for me, that lazy shift is now marked by the arrival of a relatively new summer tradition: the season’s first outdoor movie night from Cinema Northampton.

Started in 2013 by Northampton Community Television with the intent of bringing free movie screenings to the Valley community, Cinema Northampton has come to partner with the Northampton Arts Council, Forbes Library, and Northampton Parks and Recreation Department. Together, they’ve created an outdoor film series that has seen marquee features like Moana and Star Wars: The Last Jedi screen in area parks, schools, and lawns. Along the way it has given Northampton a perfect chance to see generations come together for a night of fun. The rules are simple: bring your own chair (or blanket), snacks, flashlights, and bug spray. Then just wait for the sun to go down.

The 2019 series gets underway this week with a superhero movie that offers up something different from much of the standard fisticuffs of the increasingly ponderous Marvel Cinematic Universe. Spider-Man: Into the Spider-Verse is an animated take on the Spider-Man story that was good enough to take home an Oscar at this year’s Academy Awards. But if your spider-history only goes up to the Peter Parker era, you’ve got a bit of catching up to do. 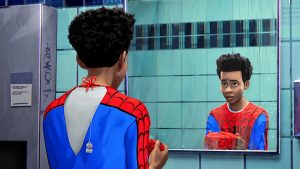 The main character of this modern Spider-Man is Miles Morales, a biracial teenager who was introduced to the comic world in 2011 following the death of alternate-universe Peter Parker. After taking on the mantle of hero in his own universe, Morales teams up with five other Spider-types (including Spider-Ham, a mutant pig voiced by John Mulaney) from a multitude of other dimensions to save their common New York from destruction.

Having Morales as the secret identity of one of Marvel’s biggest heroes has been a wonderful thing, even if it got some of the older, whiter, comic crowd in a huff. It will be interesting to see what happens in the wider non-animated comic-movie universe over the next few years, as more and more of the big names begin to age out of their roles. But for this week, we get to enjoy a new Spider-Man — or rather, a half-dozen of them — under the stars.

Also in Northampton this week: Forbes Library usually hosts the monthly Far Out Film Discussion on the last Monday of each month, but the group will instead get together on Wednesday the 29th to discuss Alex Garland’s 2018 science fiction/horror film Annihilation. Garland, who also directed the chilling android-among-us film Ex Machina, has a talent for coming at familiar tropes in unfamiliar ways. In Annihilation, based on the first book of a trilogy from Jeff VanderMeer, he takes what could have been a bland adaptation about mutating animals and turns it into a skin-crawling exploration of identity and self-awareness.

Natalie Portman stars as Lena, a professor of cellular biology who joins a team of scientists to enter “The Shimmer,” a mysterious area that has sprouted up in the wake of a meteor strike in a national park in Florida. Other expeditions have entered, passing through the iridescent curtain of light that gives the zone its name, but only one person has emerged: Lena’s husband Kane (Oscar Isaac), who is not the same man he was before he went inside.

Lena goes in for answers, but what she finds might leave viewers with even more questions. For those who like their sci-fi to be more about worms than wormholes, Annihilation offers up something unusual, lasting, and very much worth talking about. One note: the Far Out group is a discussion club, so make sure you’ve seen the film before you arrive; copies are available in the library’s Arts and Music Department.