Bizarro Briefs: Woody, is That You? 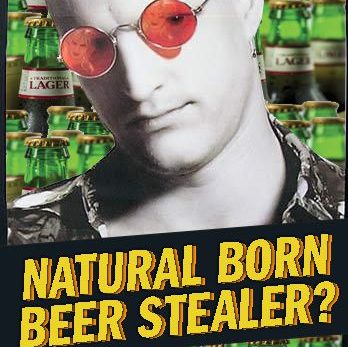 Woody, is That You? 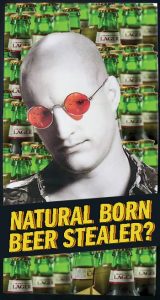 The New York City Police Department recently used a photo of actor Woody Harrelson (Zombieland, HBO’s first season of True Detectives, Natural Born Killers) to catch a beer thief who happened to look a lot like the well-known actor. The police department used the photo of Harrelson in its facial recognition program during attempts to identify the beer burglar, who appeared too pixelated on security footage to produce matches. When the image of the three-time Oscar nominated nominee was used in the facial recognition program, it led to several possible matches, which further led to an arrest.

Looking for votes in all the wrong places

If you thought your dad was a terrible human being, think again (Or not, he might be worse than this guy, in which case, our apologies.) An Oregon man and father admitted to stealing his daughter’s Girl Scout cookie money in order to pay for an erotic massage. And dear readers, this story doesn’t have a happy ending. The man pleaded guilty to initiating a false report and was put on probation, fined $100, and ordered to perform 80 hours of community service as well as repay his daughter $740. He even faked a home invasion complete with ransacking his own home and spotting it with blood. And he even called 911 himself.

Lazing by the poolside

A family in Georgia was vacationing in Florida and captured a surreal scene: an alligator lounging in a pool on top of an inflatable gator at their rental home. The family were staying at an Airbnb in South Miami and spotted the gator taking an interest in their family dog. The family was able to keep the two animals separate and safe, but the next day the weirdness of Florida prevailed. It was then that they saw the lounging poolside gator hanging out with its fake plastic gator friend. The father told the Miami New Times that his 14-year-old daughter proclaimed, “Dad, this is soooo meta.”

At least 100 people in Michigan gathered on May 20 to hold a candlelight vigil, which isn’t odd when someone dies, but definitely is when you hold a vigil for a closing local supermarket chain location. Among the grieving shoppers included Democratic U.S. Rep. Debbie Dingell, who came together with dozens of other people to mourn the loss of a Kroger grocery store in Dearborn, Michigan, which closed that afternoon. Former customers dressed in funeral garb, waved signs, and lit candles, despite the fact that a newer Kroger location across the street from the one that was closing remains open. Employees who lost their jobs were offered employment at the store across the street.

Odd things end up in storm drains, but the last thing you’d expect would be a big screen TV, right? Well, in Houston, Texas, a big screen TV was clogging a city drain and a resident of the Greensbrook Place neighborhood said it had been in the storm drain for some time before it was removed by a Harris County Precinct One crew. Witnesses said the TV appeared to be a 40-inch flat screen. Officials still don’t know whether the TV was intentionally dumped or ended up down the drain after Hurricane Harvey.

This Bizarro Brief was recommended to us by former Valley Advocate staff writer Meg Bantle (thanks, Meg!). The Berkshire Eagle recently reported that a loose emu in Adams returned home on May 22. The animal was first reported missing from its Adams home on Sunday, May 19, and did not suffer any serious injuries. Apparently, the emu had evaded animal control officers, who sought its capture to bring the bird home. It was spotted in North Adams near Church Street and Ashland Street on May 21, before being captured and returned home two days later.

A man from Massachusetts was arrested for repeatedly calling 911 … while sitting in the back of a police vehicle. On May 5, the 39-year-old man refused to leave the bar of the Cadillac Ranch Restaurant in Southington, Connecticut, WTIC-TV reported. Police responded to the restaurant and gave the man a ride in their car, where he allegedly dialed 911 several times while seated in the back seat of the police vehicle. Police pulled over to stop the man from Hanover, Massachusetts, from calling 911, but he decided to resist arrest and was charged with interfering with an officer and misuse of the 911 system.

A woman from Arkansas recently posed as a California sheriff’s deputy so she could break her boyfriend out of jail. The 30-year-old woman pleaded guilty to multiple charges, including criminal impersonation and was sentenced to 30 years in prison, but half of that sentence was suspended by the judge, according to KFSM-TV. The woman posed as deputy “L. Kershaw” with the Ventura County Sheriff’s Office at the Washington County Jail in July 2018, and also forging documents to hoodwink the jail into freeing her boyfriend, who told her to pose as a deputy. Two days later, the real Ventura County Sheriff’s deputy called to pick up the woman’s boyfriend, which probably led to someone getting fired for the escape. The couple was arrested in Fayetteville about a month later. Ironically, the woman is now serving more jail time than her boyfriend.