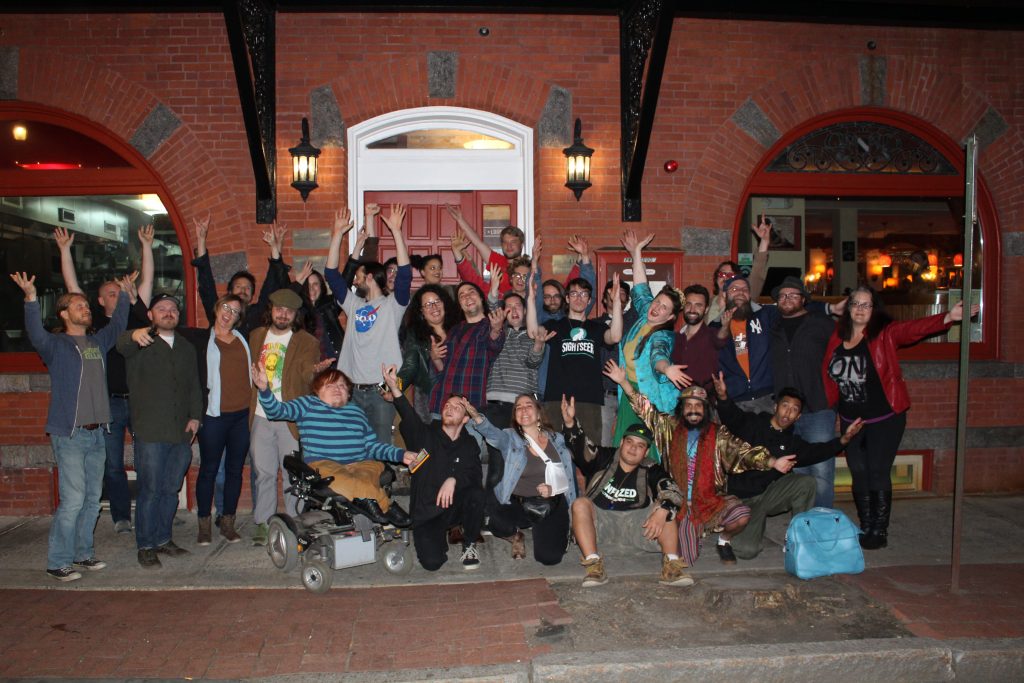 Festival season is among us! The Valley is chock full of them all summer long and into fall. There is a new one, however, that has hopes of becoming a bi-annual festival in Downtown Northampton, The STRONG and Pleasant Music Festival. Carla Racine, the woman behind The Buzz, A Honey Pot Production, which was originally born as a fan ‘zine, also curates some pretty rad shows in Northampton. This is her debut of a music festival of this size. 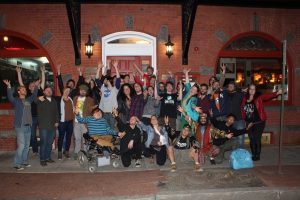 The fest brings The Buzz’s mission of “celebrating unsigned, independent artists coming out of the 413 area” but more so in your face. From venues that already host local shows, to restaurants and boutiques, this is a hop around festival that spans over a three day schedule.

VSG: What sprung this idea to do this festival?

Carla: A music festival has needed to come back to Downtown Northampton for well over a decade, since the days of the Northampton Music Festival over 15 years ago and the LOUD Music Festival over 20 years ago. This festival is a marriage of the ideas behind those two festivals. We’re bringing in talent from places as far away as Canada, Boston, New York, and Connecticut, with a strong Western Mass backbone.

VSG: Is it a tribute to Donal B. Rooke (a Valley music promoter that passed away in October 2018)?

Carla: I always poked at Donal telling him that I wanted to bring the Northampton Music Festival back, and he would just laugh at me in that special Donal Rooke way. With the amount of work it has taken, I now understand what that laugh meant. [laughs] This festival is a new take on an old formula and is in the spirit of Donal Rooke and his life’s work of bringing people together with music as a centerpiece. Without realizing it, Donal turned out to be the most influential person in my music career, all the way from making magazines, to making compilation CDs, bookings, band management and now a music festival. I had no idea that when I said yes to that first door job working at the Baystate Hotel [now The Sierra Grille] that this would be the result.

VSG: What was it like behind the scenes of producing such a large show?

Carla: It’s a lot of sitting at the dining room table with your best friend working on computers into the night, and a lot of outreach. Basically it’s a lot. [laughs] We’re writing the handbook as we go, and I’m very committed to making this a bi-annual event in Northampton. STRONG and Pleasant is an homage to the two streets that have held down the independent music scene for decades in Northampton. This music festival is a great celebration for musicians and the downtown business community in general. Hopefully the next festival we’ll be able to accommodate a sadly missing element, the heavy rock scene, which John Gulow keeps alive and well up at the 13th Floor Music Lounge in Florence. My hope with this festival is to help reinvigorate downtown Northampton as it’s been my home for 27 years and it’s the community I’m invested in.

VSG: Can you tell me more about the participating venues and their involvement with the fest?

Carla: They’re excited! The festival started with securing The Sierra Grille. [Owner] O’Brien is a tremendous supporter of live music and supporting local artists as well. Bishop’s Lounge was the second venue approached, and then Progression Brewing Company was the trinity and will serve as the main gate for the festival. Progression’s owner, Drew Starkweather, has been an absolute asset in planning this festival.

The Majestic Saloon came on board when I walked in cold to check out the new bar that inhabits the old Yellow Sofa space. The Dirty Truth expressed interest in having hip hop on Thursday, so they signed on. Chicha, the owner of Le BonN’ton (which inhabits the old Fire and Water performance space), is an avid a supporter of local music and has opened her boutique up for some tasty solo artists. Finally, we approached Caroline McDaniel, owner of ConVino Wine Bar, and she’s delighted to have music available to her dining patrons; that will be our dinner and music spot for Saturday night.

Several other businesses have expressed interest for hosting at future STRONG and Pleasant Music Fests. Their sponsor list is just as big as their venue/band list. Ranging from other venues in the Valley including Gateway City Arts in Holyoke and Hawks & Reed in Greenfield, to restaurants, local radio stations, stores and their key operational support has come from Kara Kharmah of PRIA Music Marketing and Nate Frank of HampGrown.

The fun begins on Thursday, June 6, and continues to Saturday, June 8. Featuring over 30 performances by Bunnies, Old Flame, The Mary Jane Jones, The Fawns, The Greys, Beige, and so many more for your pre-summer fest kick-off enjoyment!

Tickets along with performance schedules and more info are available at  www.StrongandPleasant.com.