Bizarro Briefs: Swooping to the Rescue 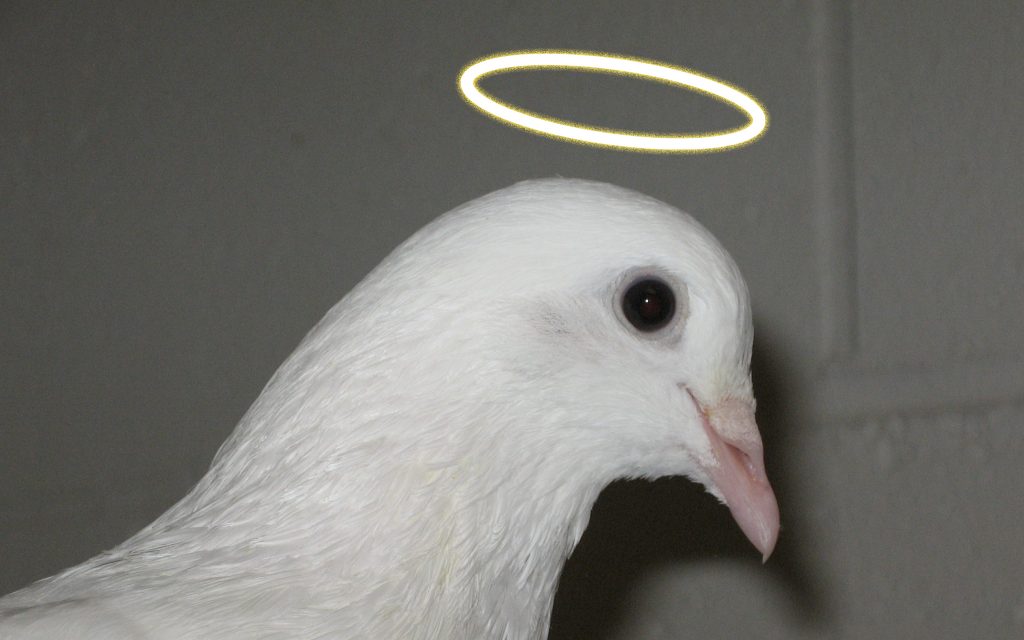 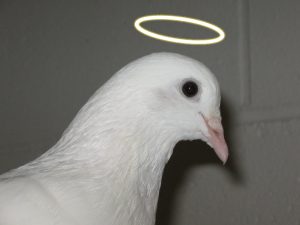 Swooping to the rescue

The robot-controlled cameras that film us at all times waiting for us to mess up so we can be fined or arrested have spawned a new genre of Bizarro Brief: the bird photobomb as savior. One such 1984-like surveillance device in western Germany was set to catch a driver and give that person a 105 euro ($117 dollar) speeding ticket for going 54 km/h (33.5 mph) in a 30 km/h zone, but at the moment of the flash a pigeon made a well-timed flutter in front of the driver’s face, obscuring the person’s identity. Likely inspired by German national Christian holiday Ascension Day, German police dubbed the bird a “feathered guardian angel” and explained the situation by saying “the Holy Ghost must have had a plan” to help the driver.

One roll to rule them all

Paper product company Charmin has an idea to help people who live alone avoid other people for longer than ever — a single roll of toilet paper that can last up to three months. Frequent shopping trips for toilet paper can now become a thing of the past with this new innovation called the “Forever Roll.” The largest version of the Forever Roll measures in at one foot in diameter, compared with ordinary rolls, which are about five inches across. It also comes with its own free-standing or wall-mounted holder. “It’s super convenient and long-lasting,” reads an ad for the product. “So you have one less thing to think about!” And for those who live alone, it’s one less excuse to go out and interact with the world at large.

What to do with a military aircraft developed at what experts estimate will be about $1.5 trillion? How about sky-write a picture of a cartoon penis above an Air Force base next to a major city? Military personnel piloting F-35 fighter jets did just that above Luke Air Force Base outside of Phoenix, in what a military spokesman called an accident and the result of normal flight maneuvers in a simulated air fight. It’s not the first time military aircraft have been used to draw the telltale two circles and oblong phallus picture most are familiar with seeing on bathroom walls or bus stops — in 2017 the Navy disciplined a flight crew that did something similar in Washington State and issued a statement that there is “zero training value” in drawing penises in the sky.

An Australian man awoke to find himself being robbed, so he grabbed what he had at hand to chase the intruder away — a didgeridoo. The tubular instrument known for its resonant hum and circular-breathing style of play seemed to do the trick, and the man, wearing only his underpants, was able to chase off the unwanted person. Police arrived soon thereafter and were able to catch the person, who was allegedly found with the instrument owner’s wallet. The story is odd enough, but in order to provide a demonstration to reporters, the man re-enacted his chase of the home invader with his prized instrument. During the re-enactment, he wore pants, but no shirt.

We’ve all seen skateboards, scooters, and other alternate transport methods of getting around rise in popularity in urban places. Now a Swedish-based company is trying to popularize the pogo stick as the next must-have mobility device. Called Cangoroo (which is actually kind of clever), the company will first launch their bouncy product in the Swedish cities of Malmo and Stockholm this summer with the intent of moving on to London and San Francisco. Still, it seems like we’re a ways away from hop lanes on our roads.

A British artist has recreated a Leonardo Da Vinci self portrait entirely out of Italian food. With fusilli pasta for his eyebrows, olive eyes, a spaghetti beard, and a chicken wing for Da Vinci’s distinctive nose, artist Carl Warner and a team took 20 hours to create the food art, which was commissioned by an Italian restaurant in celebration of 500 years since Da Vinci’s death. Perhaps this was inevitable — Da Vinci was a known foodie who may have inspired modern kitchen devices such as the automated turner for a meat spit.

Thinking about a nice, relaxing trip to Hawaii this summer? Well, just watch out for the brain-eating parasites that live there. The Aloha State’s health department recently released a statement warning people about the parasite, which moves through the brain and eventually tries to get to the lungs. There have been more reported cases of this parasitic infection in the past few years, but at least in some cases, it may be chalked up to stupidity. One of the people who got sick got infected after purposely eating a slug on a dare, according to the health department statement. The statement goes on to say that one of the most common ways people catch the parasite is by accidentally eating a slug or snail infected with it.

Naked burglars show up every once in a while in Bizzaro Briefs. In this case, what’s stranger than a naked burglar? A naked burglar who broke into an elementary school in Scranton, Pennsylvania, and rubbed oil on himself so he could slide around on the gymnasium floor. The 21-year-old naked burglar was charged with burglary, criminal trespass, theft, receiving stolen property, and criminal mischief and was booked into the Lackawanna County Prison in lieu of a $5,000 bond. Police officials told WNEP in Scranton that the burglar was a former Scranton High School student, who gained access to Neil Armstrong Elementary School by forcing open a maintenance door. He took off his clothes once inside the school and on video was seen drinking a carton of milk stolen from the school’s cafeteria.

Florida man bragging about how stupid he is

A man from Florida (of course), was arrested after he fled a traffic stop. While being pursued, he called 911 to brag about not being caught yet. He was caught shortly afterwards and found with drugs. And yet he continued to brag about the incident. The 19-year-old man was pulled over in St. Augustine, Florida, after fleeing from a traffic stop. The man was also wanted for a warrant out of the St. Johns County Sheriff’s Office.