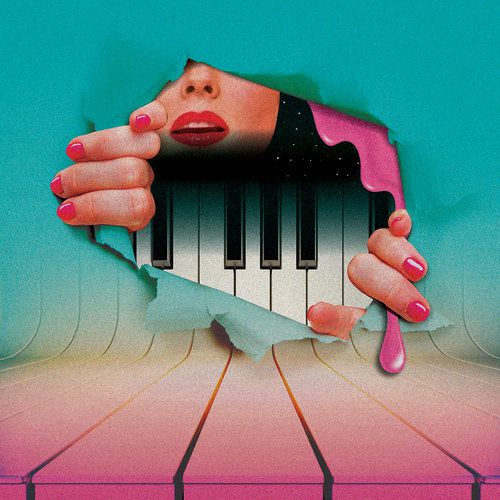 When I opened the press release for this upcoming album release that was accompanied by a live set at Wilco’s Solid Sound Festival at MASS MoCA, there was one word that caught my interest: Mellotron. The instrument is similar in artistry and the complicatedness of a synthesizer, but not to put them in the same category when it comes to uniqueness. 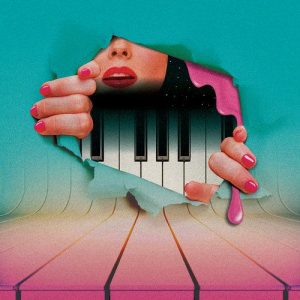 The mellotron is an electro-mechanical, polyphonic tape replay keyboard that emerged in the early ‘60’s in England. The Beatles and Pink Floyd among many others have used this instrument in some of their classic hits. With the love of the instrument, four musicians got together to form this musical project, “Mellotron Variations” while all four of them played on their own mellotron.

Robby Grant (Vending Machine) and Jonathan Kirkscey (Memphis Symphony Orchestra, Blueshift Ensemble) did a “Duets for Mellotron” concert and album together in early 2016. They worked with Crosstown Arts in Memphis, Tennessee, on a grant that allowed them to expand their concept. Pat Sansone (Wilco, The Autumn Defense) attended the concert and showed interest in possibly playing, and John Medeski (Medeski, Martin & Wood) was a big fan of the instrument. “It took some wrangling and patience,” Grant told me through email, “but we were able to put it all together with over the span of nine months after the grant was approved.”

They composed, rehearsed, and performed everything at Crosstown and it gave them the space they needed to do some interesting visuals and to produce the sounds of this project. “Initially, we had no intention of making Mellotron Variations into a record,” Grant said. The week before the show they decided to separate each instrument individually for the live recording through the recommendation of their sound tech. “When we listened back, we loved what we heard and decided that we should make a record,” Grant continued, “While it is mixed, what you hear on the record is what was performed at the concert.”

The whole album orchestrates this beautiful, out-of-worldly sound. In one instance, it’s something you can easily dance to on the dance floor. Then the next instant, you’re sent on this mysterious alien mission. You can hear the familiar sound of other instruments, like a violin, guitar, drums. All those sounds you do hear on the album were made from those real instruments with some recorded last year for the album and some were recorded over 50 years ago. The mellotron itself is what initially plays the other instruments in a play-back setting.

“One cool part of the project was that we were able to create our own mellotron cassette,” Grant said. “We went into a studio and recorded instruments and short pieces of music that were transferred to mellotron cassette.”

My favorite track on the album is “Konrad.” The droning noises send off a relaxing vibe. At times, the sound is almost reminiscent to a distant cry. Maybe even sounding animalistic. The vision of us all just hovering over the ground while listening in a daze. Our feet just grazing over solid ground. Very trance-like.

For the song “Roller Rink,” it features guitar and cello parts that Grant and Kirkscey made, then re-played on the mellotron. Adding to the layered effect throughout the entirety of the album.

With trippy, eerie noises I tend to envision outer space and alien-ish visions. I asked if they had thought about maybe producing a score for perhaps a sci-fi film with these mellotrons. “Yes! We definitely wanted to create an otherworldly space with the compositions and performance,” Grant replied. Kirkscey’s primary occupation is a film composer I found out. He actually did the score for the Mr. Roger’s documentary that came out last year, Won’t You Be My Neighbor. The song “143 I Love You,” off of the album is a dedication to Mr. Rogers, himself and his love of numerology. So there’s hope for a cool, trippy soundtrack for a sci-fi … maybe, please?

You can hear the album for yourself when it’s released on July 26, but you can also experience it live at Wilco’s Solid Sound Festival on June 28-30 at MASS MoCA in North Adams. “Looking forward to our show and the entire festival!” Grant said. Check out the film and more info on this project at mellotronvariations.com.