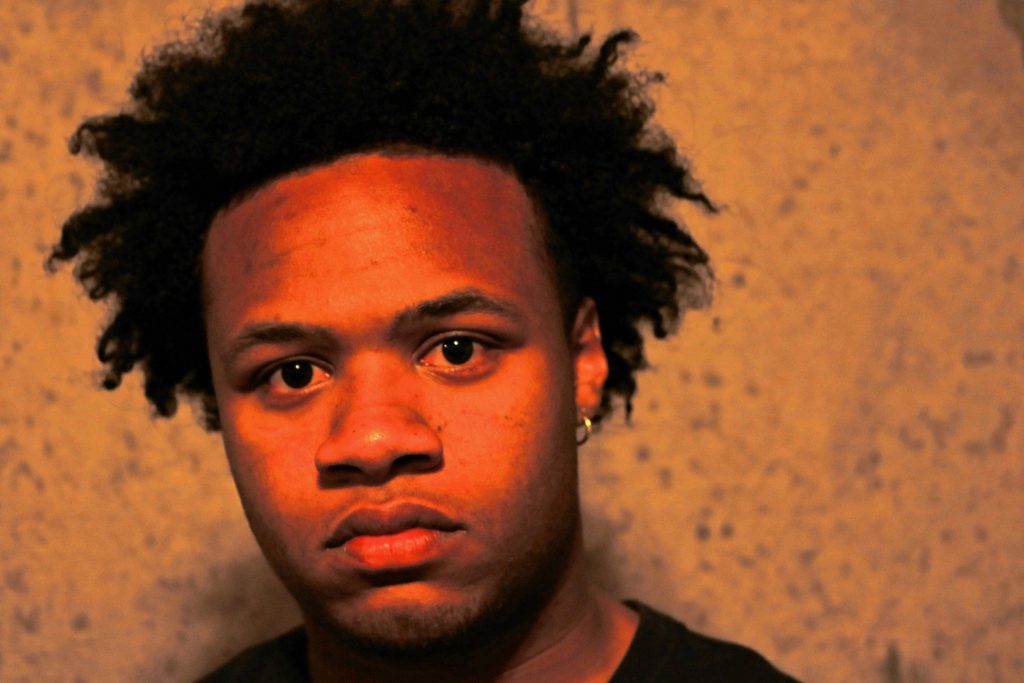 Twenty-one-year-old Amherst rapper Tyson Burnett, known as Big Sav, has turned his previous encounters with the law into a promising future. His catchy melodies over upbeat trap piano keys disguise the pain-filled lyrics like “I been lonely hoping that my light ain’t broken” in his song “Broken.” Catch Big Sav’s performance on Valley Advocate Sessions this Friday.

Big Sav grew up in Amherst with his mother, father, and brother, but frequently made trips to Brockton to visit family on holidays and special occasions. From a young age he was writing raps, inspired by then kid rapper Lil Bow Wow. At the age of 12, Big Sav went to a recording studio in Amherst to record his first demo tape (which he claims is “trash” and will never see the light of day).

While music has always been a passion for Big Sav, it wasn’t enough to keep him out of trouble. At the age of 18, Big Sav and two companions were charged with armed assault with intent to rob and conspiracy after attempting to hold up a Bruno’s Pizza delivery driver with a BB gun. By the grace of some forgiving comments by the pizza delivery driver in court, Big Sav didn’t face jail time, but he was given five years probation in 2017. While on probation, Big Sav has put his focus back into music.

Listen to the interview and some of Big Sav’s music:

Jonathan Kermah: What are your desires with music? What is your goal when you make a song? Why do you do this essentially?

Big Sav: I don’t talk to a therapist or nothing. No one understands me and everybody has their opinions. I am my truest self always, but with music, I can put it into words. I’m not well spoken. Sometimes I don’t know where I want to go with stuff. But with music, it all comes in a way that doesn’t come when I’m just talking with people.

JK: When I was doing my research for this interview, I was listening to your song “Change Up,” and immediately noticed the pain in your lyrics. I remember one specific line “Running from my problems like I’m running from my death.” Would you be able to tell me where this pain stems from? 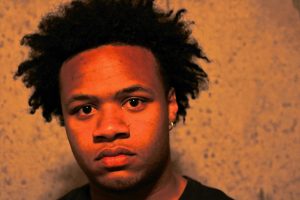 BS: I wrote that song in the middle of the night, nobody hitting me up, nothing. I don’t know where it really came from, but I was feeling that whole thing… I was going through probably the worst thing I had ever went through in my life.

JK: Would you mind sharing that?

BS: It was a mixture of unfortunate events and decisions. Just the way I was living, I got used to it too much. One day it came back in the form of karma or just God trying to tell me something. I got shot when I’m just chilling, when I’m least expecting to get shot. I get popped in my leg. That same week, I get stabbed, like three days before that. When I got stabbed, I patched it up, but it didn’t slow me down. I didn’t go to a hospital or call nobody or nothing. It wasn’t enough to realize like “damn, I’m tripping probably.” I guess God had to come in a bullet and slow my ass down. I had to slow down, and I couldn’t see it until I was in a jail cell for good, or actually dead.

Then after I get shot, not expecting to catch a case from it, I got a warrant in the mail, for the gun that I got shot with. It violated my probation [both possessing the gun and misleading police]; I had to go to jail on crutches. That was kind of tough, I was there for almost a month. It was a crazy summer last summer.

JK: Do you feel like that moment changed you?

BS: I feel like it did for a little. When I was in jail, and I literally don’t do this, I prayed every night to get out. I didn’t think I would be here right now.

JK: So this wasn’t your first encounter with the law then?

JK: I read a story about you holding up a Bruno’s Pizza delivery driver. Do you feel like either of those two situations have changed you for the better?

BS: The first one didn’t change me at all. But the second one, I feel like I got reborn in that whole thing where I’m not so stupid. The first one was me being stupid, and I can’t explain it other than being 18 and lost. Nobody was hiring and I had no job…. I wasn’t on, I wasn’t getting no money, there was no checks coming in. I was just robbing people. I was more or less thinking that there’s so many people that do stuff and I was like “why me?” And I understand why it was me now; I was just playing with fire.

JK: Would you say music is an escape from all that?

BS: Yeah, because when I don’t have time to do music, that’s when I’m not making the best decisions or prioritizing my time right… Now I’m trying to boss up and get out of that mentality. Right now, the music industry does not need any more money off of black people doing drugs and crimes. They don’t need any more false leaders giving out false hopes that they can do this [commit crime] their whole life and nothing is going to happen. I’m living proof that if you do what you do for so long, you’re going to get hit with the laws; you’re going to get hit by some other people. My old music was kind of that toxic masculinity type of aggressive music, but now I can’t get on the mic and do that anymore. I don’t have the energy for it.

JK: What would you say are your themes in your music now?

BS: I would say just emotions and feelings. I’m not soft or nothing, but I’m not going to act like I don’t have feelings.

JK: What would you say to someone that may look at you making music about street violence as almost glorifying it and setting a bad example?

BS: Be who you are. Don’t cap [lie]; don’t say anything that you wouldn’t do. And if you’re going to talk about the glory, then you’re going to find out what the pain is like too. I’m not going to sit here and act I like I don’t big dog people on my songs and talk about it like I’m proud of it, but at least the stuff I say in my songs is all something I had to go through.

JK: Would you say your music is something that a younger audience could learn from?

BS: I personally have been told that. Maybe I could even help somebody that doesn’t really know what path to go through. I’m the burnt up man at the end of the fire, telling you to not go this way.

Watch his music videos shot by Remii The Boy on YouTube https://www.youtube.com/ channel/UCmUeZxc__2Pb-ZRhreTNRKA.