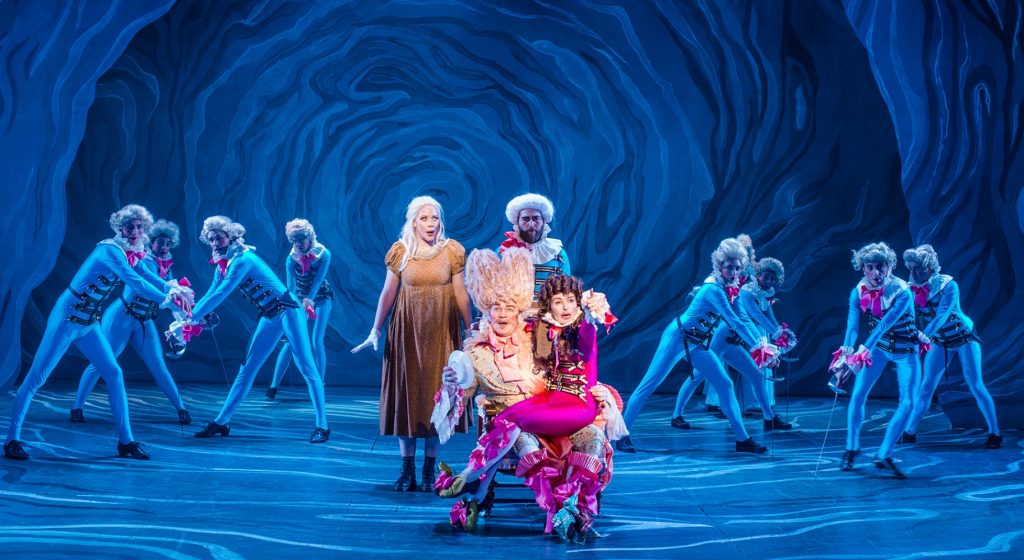 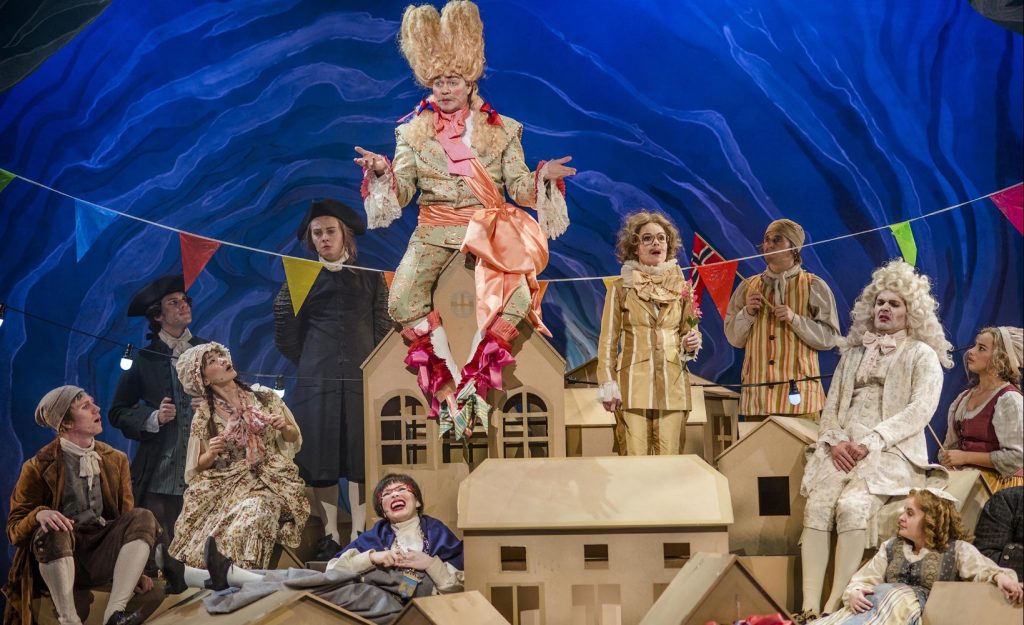 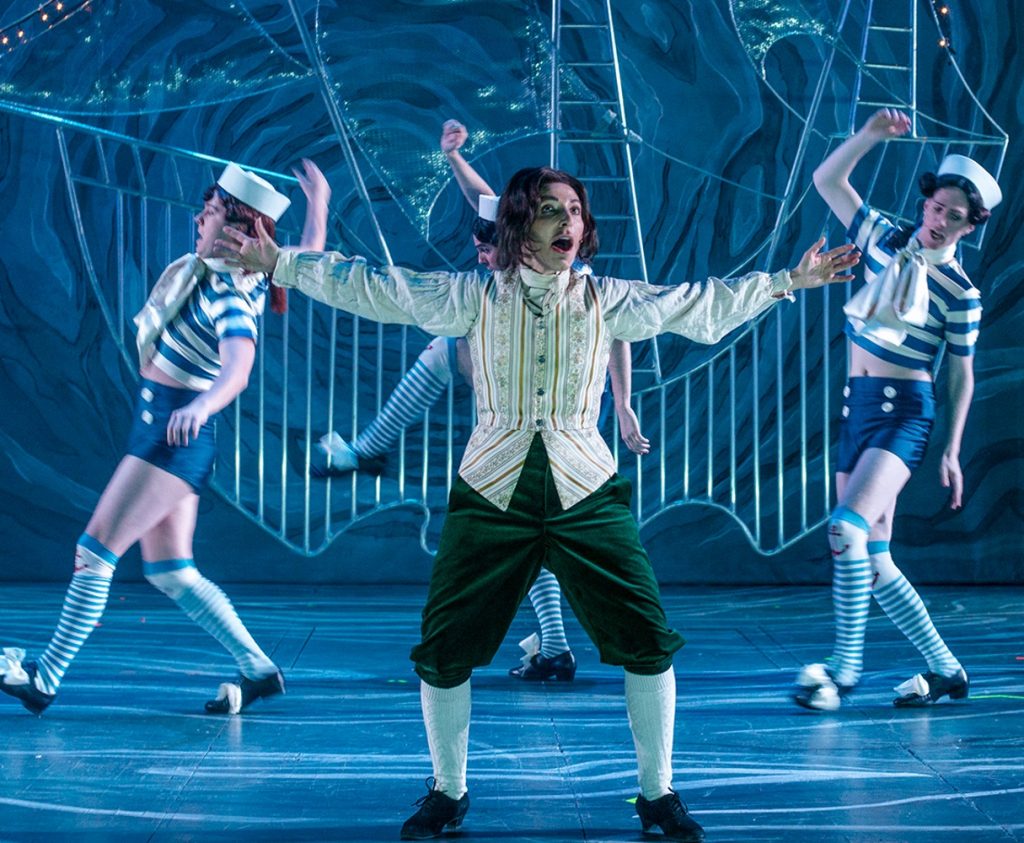 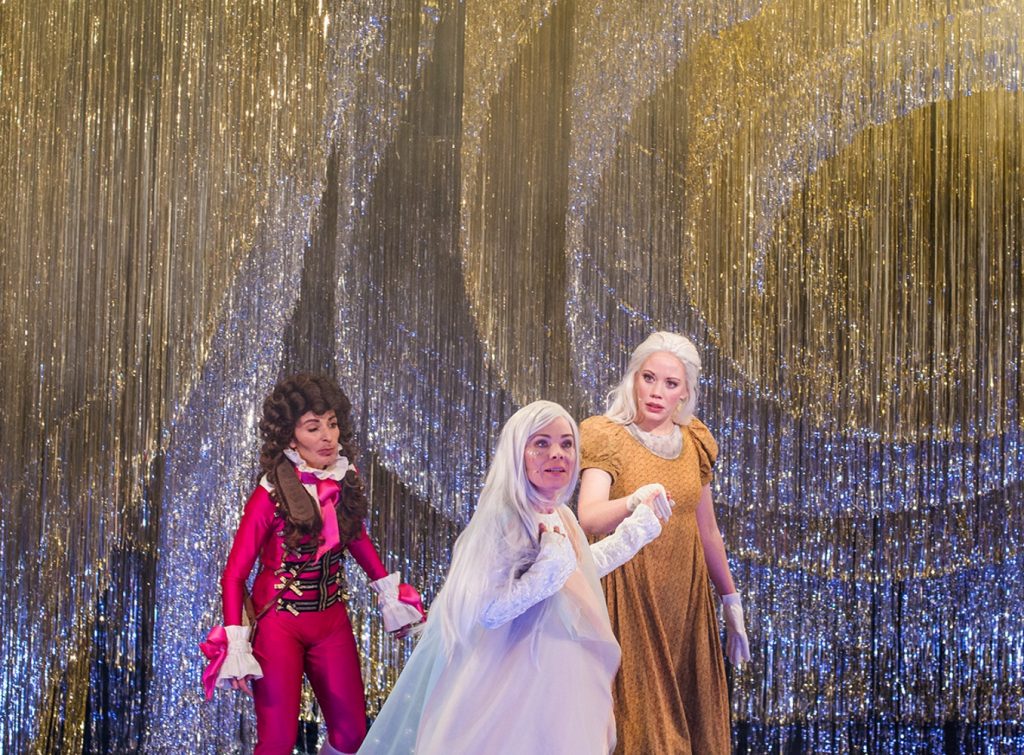 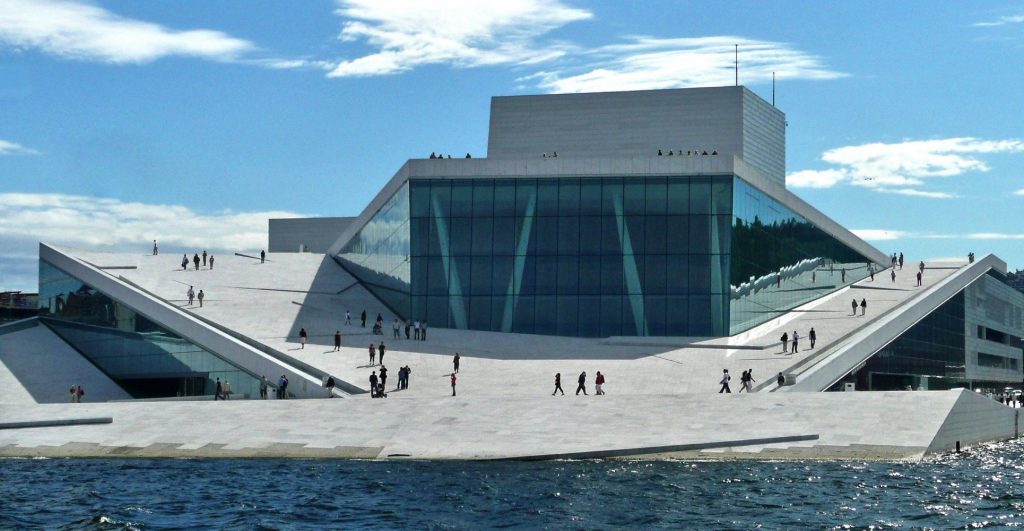 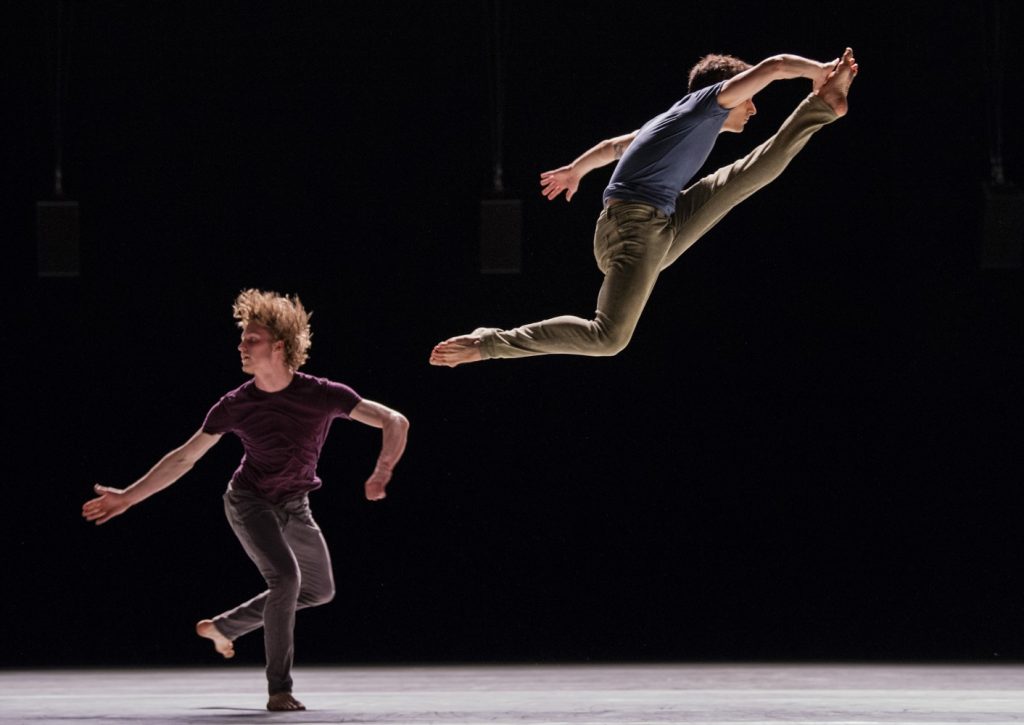 One of the first things I noticed about Norway when I was there earlier this month – along with the brisk air, the clean streets, and the tall blondes (and taller blonds) striding along those streets – was the 19 hours of daylight. Not quite “midnight sun,” but it never quite got dark. It was both bracing and perplexing to come out of a theater at 10:30 p.m. into brilliant sunshine. 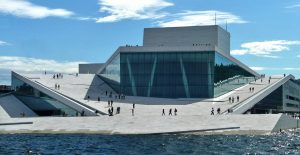 On our first bright night, my partner and I saw the National Ballet at the Oslo Opera House, thanks to a friend who couldn’t use her tickets. While the theater itself is a classic four-tier horseshoe, the building’s sensationally modern exterior is a glaciated mountain of granite and marble rising from the harbor waters to heights you can scale for a panoramic view of the city.

The three-part program opened and closed with two traditional ballets – a section of Marius Petipa’s La Bayadère and George Balanchine’s staging of Bizet’s Symphony in C. Both featured a corps de ballet of 21 short blondes (and three short Asians) in tutus and toe shoes, faithfully but not always expertly reproducing the original choreography.

I’ve never been a fan of ballet – too formal and too precious for me. My partner, though, is a devotee, having been captivated by the spectacle as a child. So I was relieved when she seconded my response to both pieces, which also matched the audience’s polite applause. Even to my uneducated eye, the ballerinas were less than precise in their movements and the soloists less than passionate in their interpretations, shackled as well in the first one by numbingly repetitive choreography. 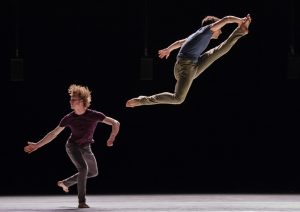 These pieces, however, bookended a surprising interloper into the ballets’ world of studied formality. It was Secus, by the Israeli innovator Ohad Naharin, whose Gaga dance form – no relation to the Lady but connected to the term’s lowercase meaning, implying reckless ardor and the demented end of crazy – has been seen a couple of times at Jacob’s Pillow. The 17 male dancers and one female – all Norwegians but nary a blond in the bunch – exploded onto the stage in bare feet and t-shirts to an ultramodern electronic score.

In this context, you could call the dancers’ movements acroballetic – athletic, dynamic, just as technically accomplished as the traditionalists and working with a larger choreographic vocabulary. I was surprised and pleased to find such a piece in such a program, and even more so to see this classical audience’s response – a clapping, cheering standing ovation.

From Oslo we flew 300 miles north to Trondheim, a small city at the mouth of a minor fjord, where there was only four hours between sunset and sunrise. It’s the ancient capital of Norway, with a storied history, its own dialect, and a healthy sense of humor about itself. 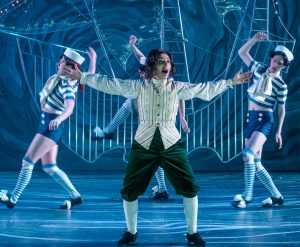 All those qualities are currently on display at the Trøndelag Teater, where an original musical has been playing to capacity crowds all year. It’s called Tordenskjold, the name of a semi-legendary adventurer and naval hero who left Trondheim as a teenager and died young in a duel.

The show purports to tell his life story, from restless teen to fallen hero, but it’s neither factual nor respectful. The tone is lively and irreverent, the style broad and farcical, a send-up of the town’s history and traditions as well as its hero, and stuffed with local jokes. (I understood hardly a word of it, but my next-seat neighbor, a native Trondheimer, filled me in on some of the highlights.) 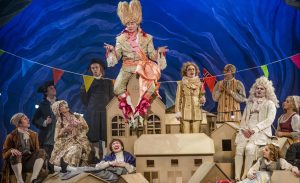 Fortunately for me – and the delighted audience – there’s lots of frantic onstage activity and frequent production numbers, with choristers leaping onstage as villagers and sailors, courtiers and nuns. The dozens of characters range from parodies of well-known Trondheim personalities, to a pirate from a beloved TV kids’ show, to Copenhagen’s Little Mermaid statue come to life, to a pair of feuding monarchs vying for control of Norway – the King of Sweden, a doddering whiner, and the King of Denmark, preening and pompadoured, whose internationalist leanings are signified by spurts of English, mostly things like “Shut the fuck up!” 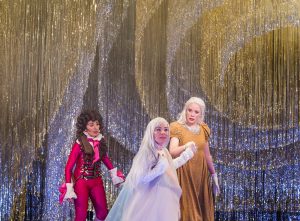 Because of its local provenance, I expected a low-tech community effort, but Tordenskjold is a thoroughly professional enterprise, with opulent costumes, complex choreography and a large cast of accomplished pros, including Norwegian TV star Lisa Tønne in the title role (there’s a fair amount of gender-switching here). A 14-piece pit band accompanies the songs, which range from Broadway pastiche to glam rock. The set for the village of Trondheim, a merry-go-round of cardboard houses, soon gives way to a joke pirate ship – a blow-up bounce house – and then to an astonishing three-dimensional curtain of shimmering tinsel representing (I think) an ice cave.

Though I missed almost all the jokes (and wouldn’t have caught the local gags anyway), I enjoyed Tordenskjold immensely, reveling in its cheeky energy, colorful action and musical gusto. About halfway through, I realized that experiencing the show this way was not all that different from, well, ballet – or Gaga – where the sound and motion tell their own story.