Valley Show Girl: A dose of happy pills, I mean tunes, with the Prozacs 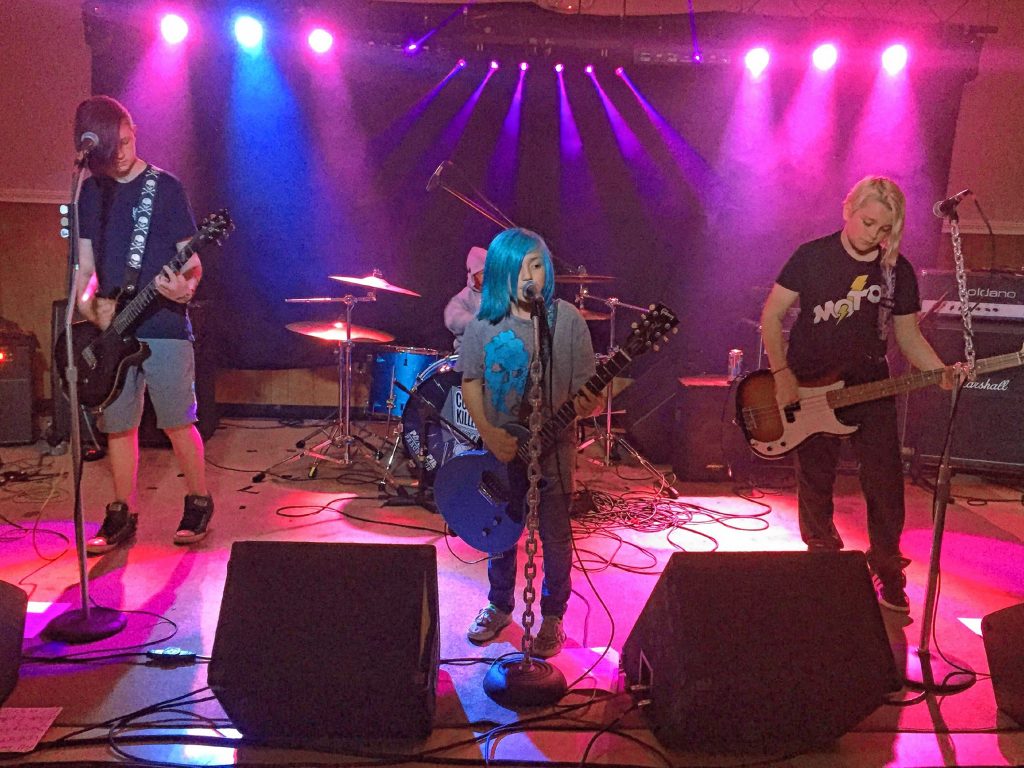 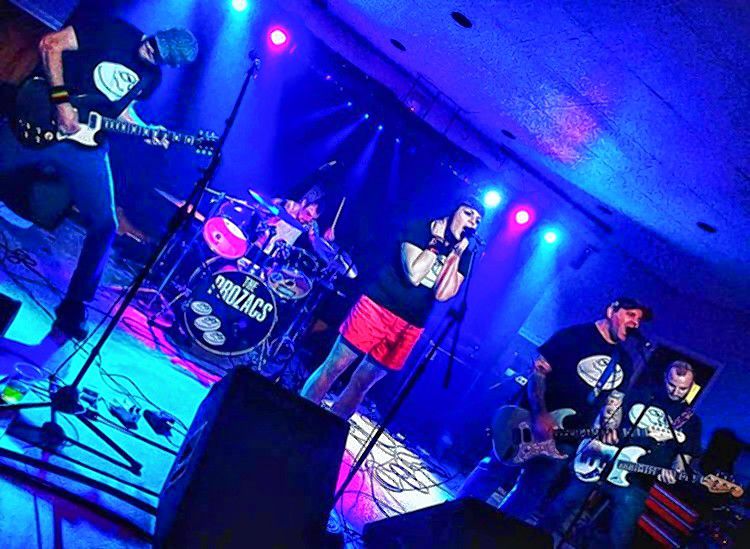 “Hey Levesque,” I was greeted while walking up to the entrance. “Hey Levesque,” I replied. Not too many people share my last name, but it just so happens one of the bartenders at the Tank in my hometown of Agawam, does. The Cheers in Hampden County, where everyone knows your name. Although it’s been an exaggerated minute since I’ve been to this place and there are definitely new faces behind the scenes. I even got carded while ordering a Wormtown’s Be Hoppy to start my night.

On this night, it’s a MADD Muzik Booking’s show in honor of Valley punk legends, The Prozacs. They just released their fifth studio album, Ambivalence, and they invited a handful of other punk bands to celebrate its release. 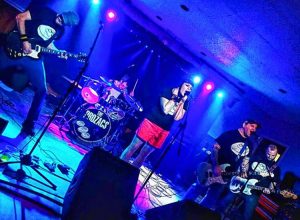 After I snagged my beer and said a few hellos, I opened the door to the venue just in time to see opening band A.P.E. jamming on stage. According to their Facebook page, the Western Mass band’s name is abbreviated for “Anti-People Entertainment.” They are heavy, fast-paced punk, which immediately started the adrenaline flow through my punk-deprived veins. They closed their set with a song that had a repeated chant of “we don’t give a fuck” … punk turned hardcore. I dug them.

Pruf (pronounced proof) from Hartford were next in the lineup. They turned the punk nob down a bit, but made up for it with a dose of indie rock and at times a hint of classic rock. One tune they performed with blue lights illuminating their silhouettes. With the mix of the screaming guitars and the classic rock-style vocals, the sounds I heard were reminiscent of The Doors.

The kids from Color Killer were running around the floor weaving in between the adults while the music ensued on stage. It was a good thing, too, that band didn’t play until later on in the night — way past my 8-year-old son’s bedtime — and they weren’t that much older than him. “Run around, keep your energy up so you don’t fall asleep,” I kept cheering in my head as they zoomed past me.

Matthew Spence played a solo acoustic set to slow things down a bit. The punk vibes were coming back around with his act. J Prozac and Andy Nihilate’s sons were sitting crossed legged in front of the stage area at this point. The show had a decent amount of younger humans in attendance for the all-ages event. I, for one, just wished that all-ages shows like this had an earlier start and finish. 8 p.m. – 1 a.m. may be a little long and late for most kids, like mine who opted to stay home because he was getting tired.

In between the bands’ sets I bumped into a few people I hadn’t seen in a little while. I also chatted with Andy, mostly mom-talk, with her fabulous rainbow glitter fanny pack. I was stoked to hear that she was going to join The Prozacs on stage to play a handful of Stiletto Bomb tunes. Was always a fan of that band. Hint, hint. 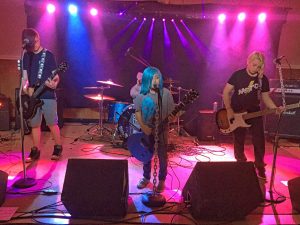 There were some technical difficulties with the sound throughout the night. Shit happens, but all the bands were professional and understanding. Western Mass’ Sciencefight were comical good sports in their soundcheck that ended up sounding like they were robots at one point. Wait, isn’t that science’y? They rang their psychedelic rock through the speakers after just a short wait, and those robot sounds were a distant memory.

The merch table was looking pretty healthy. I picked up a Color Killer shirt for my son and the latest Prozacs album on pretty in pink vinyl. When I turned around, I giggled to myself when I saw that familiar image. It wouldn’t be a punk show without a glimpse of the Misfits skull logo, this time spotted on the back of a battle vest.

Marlborough Mass’ Color Killer, made it up for their slot, second to last. They are literally lil’ punk rock kids with colorful hair and instruments that are larger than them. They have confidence, they will grow into their instruments. They even played Warped Tour last year which would make any musician feel intimidated. They play well though; they aren’t just kids slamming and plucking and making noises in the mic. I hope they stick with it, I’m anxious to see what the future brings them.

Adorned with matching Prozac shirts, the band we were celebrating this evening was there to close out the night.

As promised, Andy joined the guys, also wearing a Prozacs shirt, and sang a handful of Stiletto Bomb tunes. The energy throughout the whole room was all around fun times. I mean, if you name your band after an anti-depressant, you kinda have some pill boxes to fill. These dudes get it, and they have a pretty loyal following. Every time I see them live, you forget about your stresses, and it’s good times.

The sound was still a little funky, and at one point J’s mic went out. Everyone started singing out the lyrics to the song for back-up. At one point someone grabbed the unused mic that worked on stage and directed it towards J so that he could continue to sing his own song. The community behind shows like this is where it’s all at. And the love. And, duh, the music.

You can order The Prozacs’ latest release Ambivalence through their Bandcamp page, theprozacs.bandcamp.com. You can also check them out live at 13th Floor Music Lounge in Florence on Saturday, July 12, 9 p.m., along with Scotty Saints & True Believers, Dance Cancer and Bare Ass. ($10, 18+)

Jennifer Levesque writes the twice-monthly column, Valley Show Girl. You can reach her at jlevesque@valleyadvocate.com or check out more on her website, www.valleyshowgirl.com.