Letters to the Editor: Three reasons not to put a biomass burning plant in Springfield, and what to do about it

Three reasons not to put a biomass burning plant in Springfield, and what to do about it 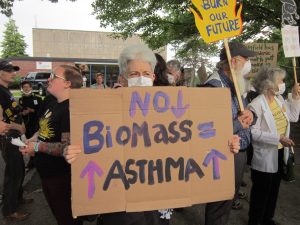 The state Department of Energy Resources (DOER) has its head in the sand in light of current environmental health findings regarding the human health and climate-polluting effects of burning biomass to generate energy. Calling it “clean energy” and promoting legislation to give state renewable energy subsidies, DOER is backing a proposed Palmer Renewable Energy biomass plan to be sited in East Springfield, which will burn wood chips, wood pellets, and other wood products. Here are three reasons that it is reckless and unjust.

1) Air pollution: Biomass burners pollute as much as coal — the dirtiest air polluter of all the fossil fuels — emitting air pollutants that cause and worsen asthma, resulting in ER visits, missed school and work days for children and their parents.

2) Environmental Injustice: Springfield is the worst place in the state to site a biomass burner, having been designated as the worst U.S. city for someone with asthma by the Asthma and Allergy Foundation of America. Moreover, Springfield residents have a poverty rate nearly three times the state average; and a majority of the city’s residents are people of color. The state’s location choice is blatantly racist.

3) Climate Crisis: Burning whole trees for energy increases carbon emissions compared to fossil fuels and does so for decades, given the lag time between cutting trees and waiting for newly planted ones to mature.

What can we do? Submit a letter, opposing the biomass plant and the proposed legislation to give state subsidies for biomass plants, to John Wassam electronically at DOER.RPS@mass.gov or via mail to the Department of Energy Resources, 100 Cambridge Street, Suite 1020, Boston, MA 02114. 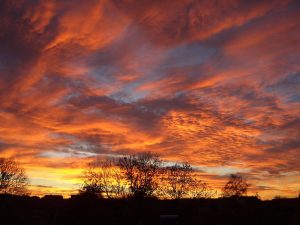 Thank you Mr. Ryan for your elocutions and provocations, for deviating our mindset, and asking that we think, at least for a minute, about the beauty that only asks for our attention.

Who to believe on Iran?

The U.S. is at it again. Right in the middle of a visit to Iran by the Japanese Prime Minister who is negotiating for peace, the Iranians attacked a Japanese oil tanker as well as a Norwegian one. Yeah, right. And of course Mike Pompeo and John Bolton are condemning this action and calling for war. I hope U.S. folks don’t fall for this again. I mean, how many discredited false flags have gotten us into war: the Maine, the Gulf of Tonkin, babies torn from incubators, WMDs. And when over 3,100 architects and engineers as well as pilots and other aeronautic experts present overwhelming evidence that the various official reports on 9/11 are scientifically impossible it’s time for folks take off the emerald colored glasses and examine the evidence. The business of the U.S. is war. Our biggest industry is the war industry. Every state has great jobs that depend on war. And I suspect the biggest reason we don’t get sane gun legislation is because there’s too much to be made in selling arms to every altercation worldwide, much of it on the black market. Will the Trump administration get away with a war in Iran? They’ll open the gates of Hell if they do. My hope is the rest of the world puts a stop to this insanity before it’s too late. And it’s time for huge protest on our part, as well.