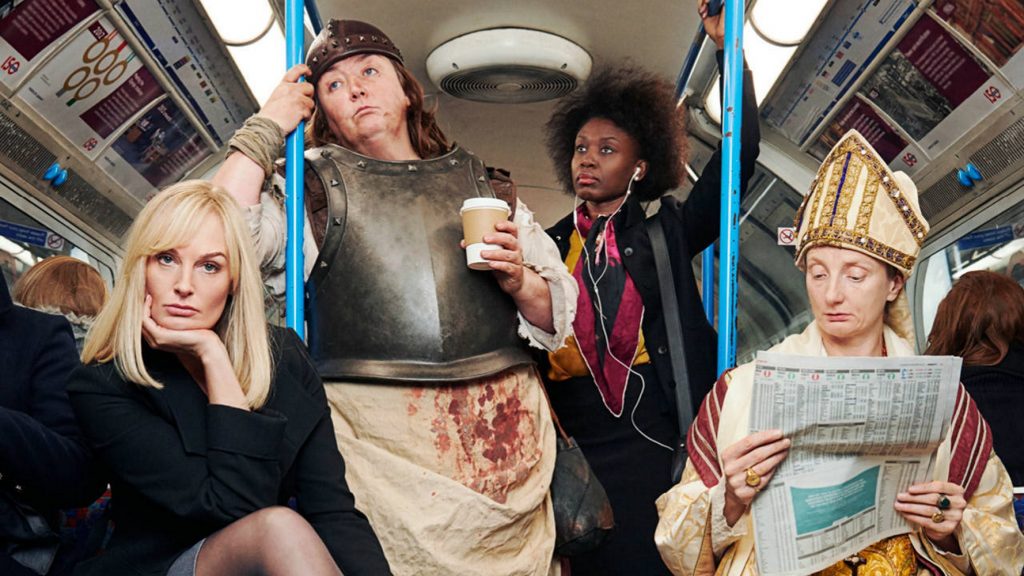 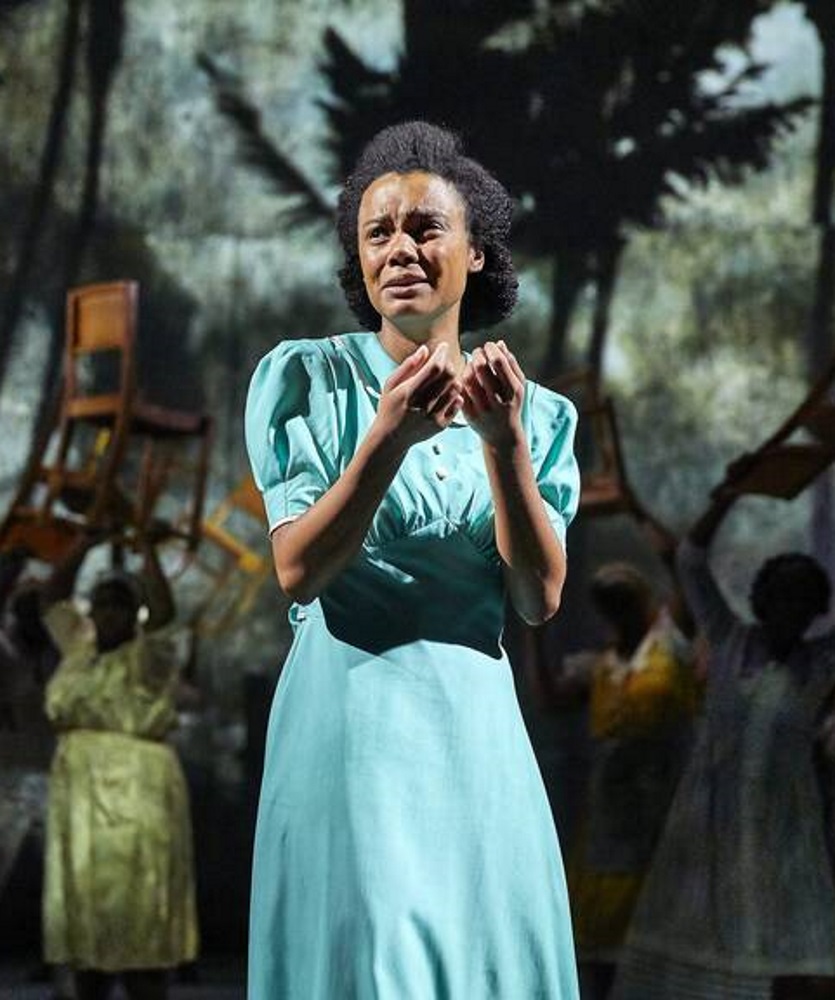 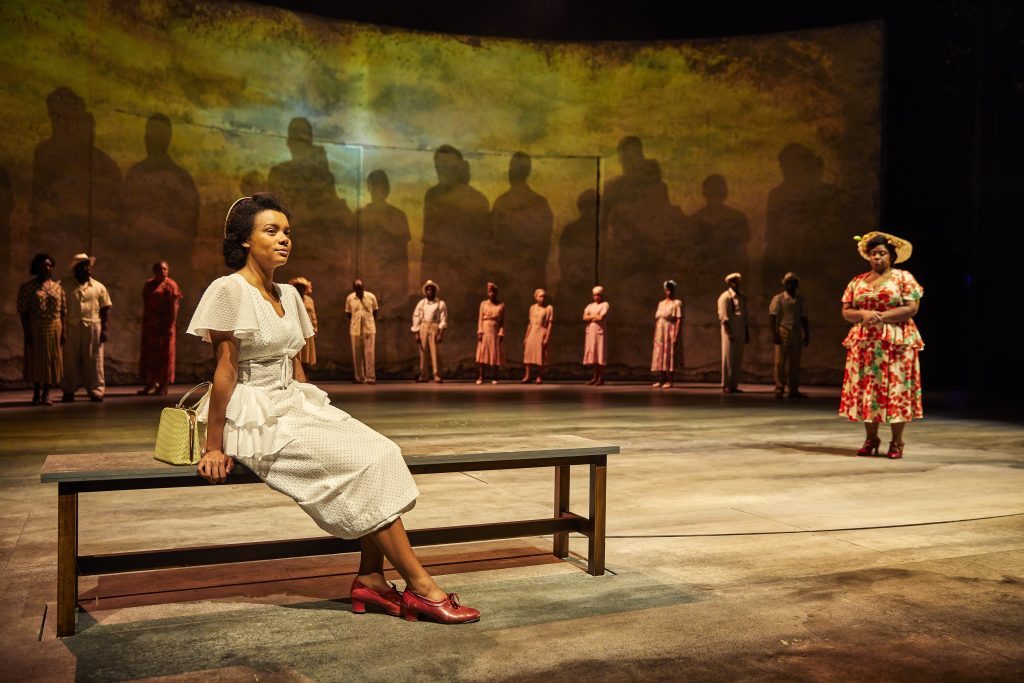 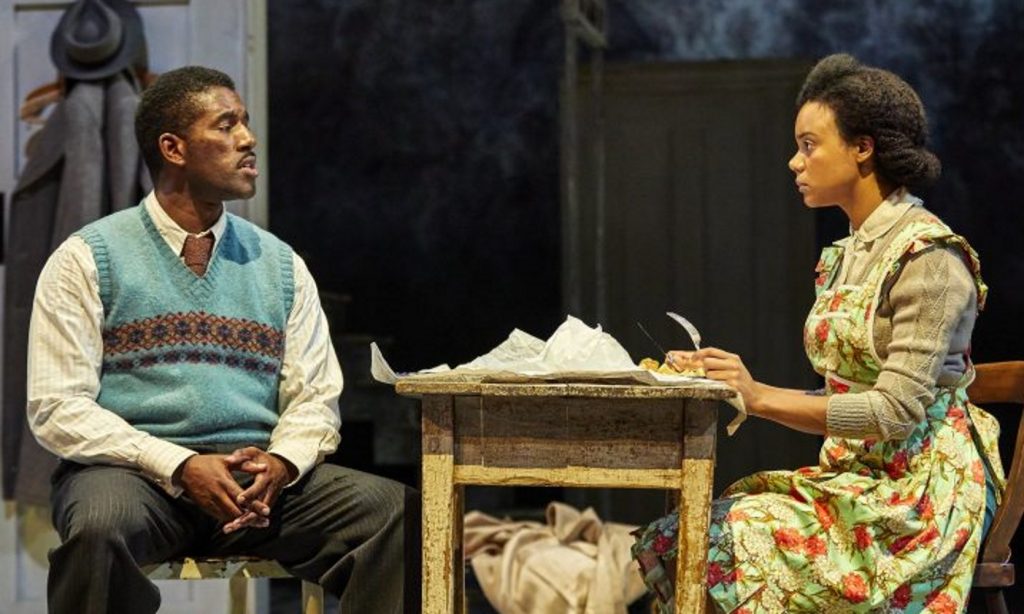 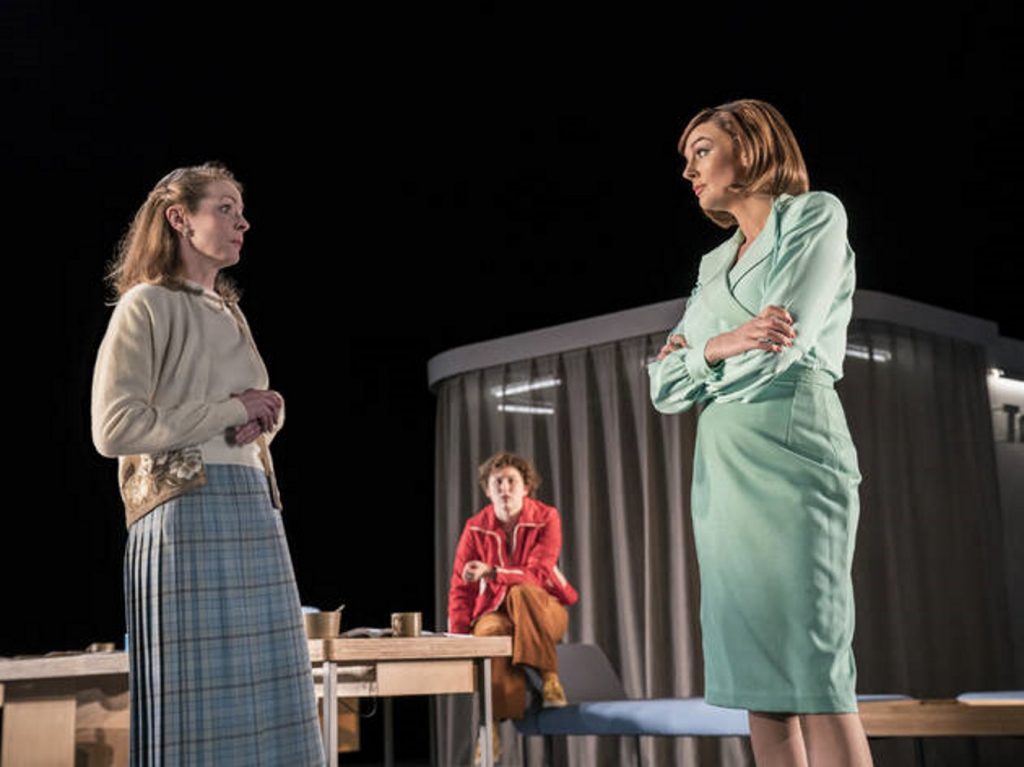 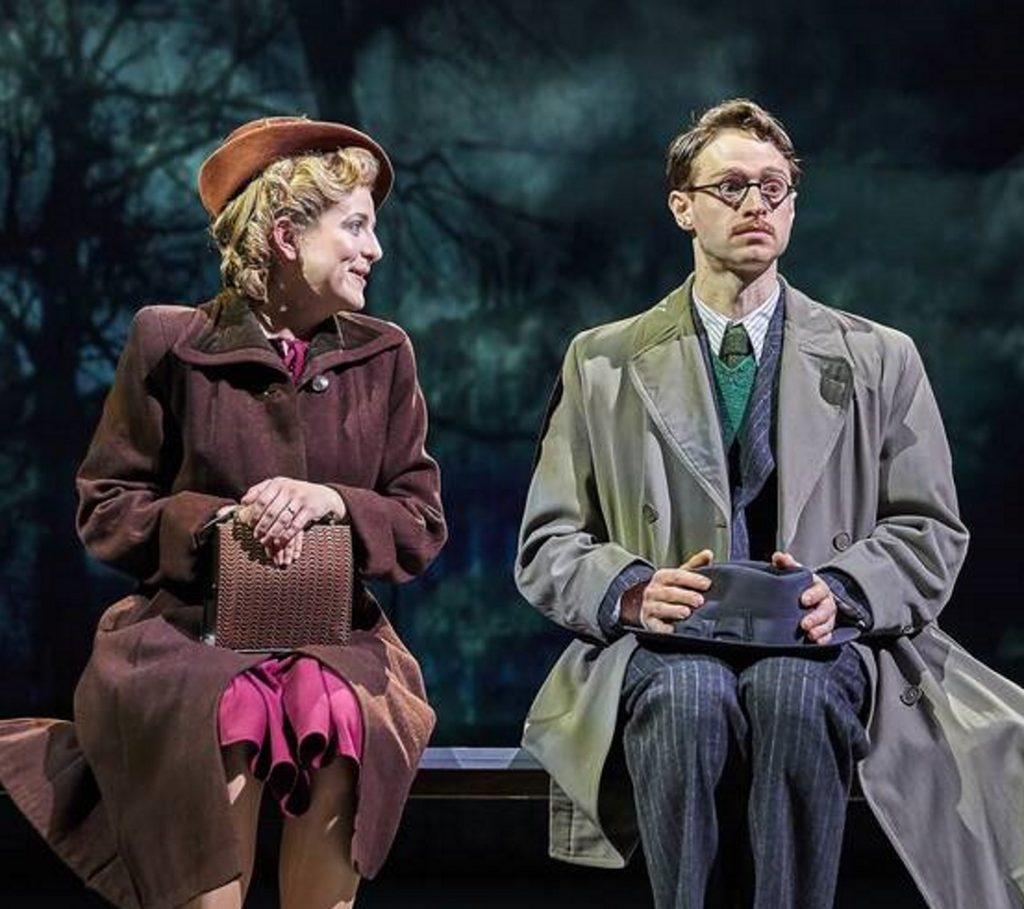 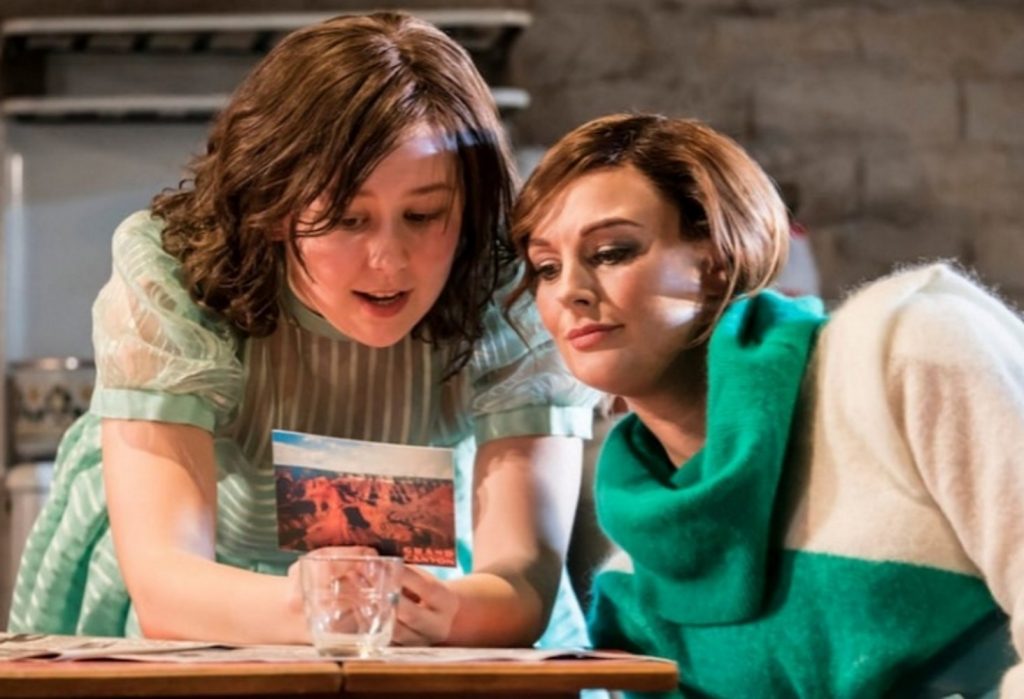 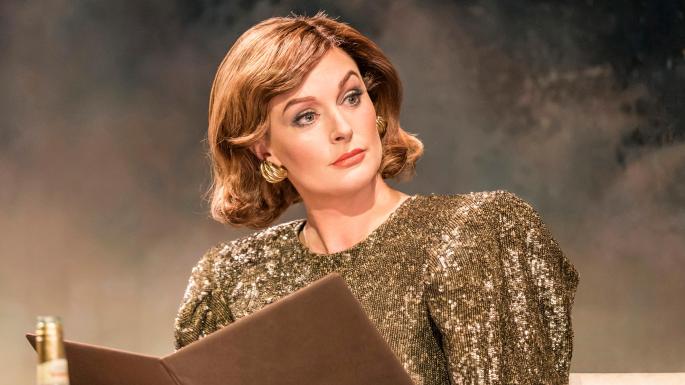 When I was in England recently, I saw two shows at the country’s flagship playhouse, the National Theatre. One is a new play, the other a timely revival, both of them responding to current hot topics. Small Island, the premiere, reflects the crisis of immigrant-bashing, seen through the lens of a largely ignored chapter of British history; Top Girls puts a #MeToo-era mirror up to a Second Wave feminist classic.

Last year, as this country was roiled by the scandalous treatment of migrants on our southern border, a parallel scandal broke in the UK. It came out that longtime residents from former British colonies were being detained, threatened, and in some cases deported.

This flowed from a policy instituted in 2010 by then-Home Secretary Theresa May (yes, the same who became Prime Minister and was recently deposed in the Brexit fiasco). It was intended, she said, to “create a really hostile environment for illegal immigrants.” But many of those targeted were in the country legally, having entered as Commonwealth citizens decades ago. 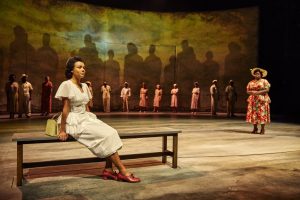 The so-called Windrush Scandal was named for the post-World War II “Windrush generation” of migrants from the Caribbean, who in turn were named for the ship that carried the first wave. One of those who arrived on the Empire Windrush in 1948 was the father of Andrea Levy, the Anglo-Jamaican novelist and chronicler of the diaspora generation.

In the slipstream of the scandal and the nativist impulse sweeping Britain and Europe, it’s no surprise that an adaptation of Levy’s 2004 novel Small Island is playing at the National (through August 10, and due to be broadcast on NT Live at the Amherst Cinema at a future date).

As both the novel and the play demonstrate, the “hostile environment” for non-white Britons wasn’t dreamed up in Whitehall. Levy’s story depicts the chilly welcome given new arrivals, by the white locals as well as the English weather. It focuses on four young people, two black Jamaican and two white English. (The title, of course, refers to both “small islands,” small in spirit as well as land mass.) 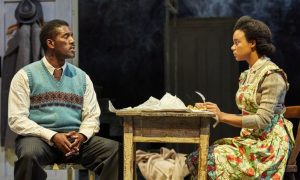 Hortense (Leah Harvey) is a naïve, idealistic and fastidious young woman whose passion is teaching but who sees no future on her impoverished island. After her childhood sweetheart volunteers in the Royal Air Force to help defend “the Mother Country” and goes missing, she marries genial, good-looking Gilbert (Gershwyn Eustache Jr.), a virtual stranger, as her ticket to England. Gilbert, too, joined the Air Force during the war, only to find that his color handed him menial duties and the hostility of both English locals and American GI’s. 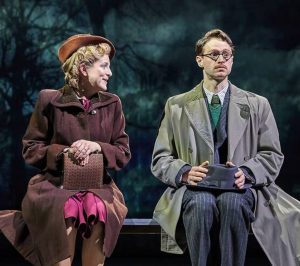 Queenie (Aisling Loftus) is a Lincolnshire farm girl who, like Hortense, dreams of a larger life and escapes to London, where she meets and marries stiff, shy Bernard (Andrew Rothney), who is shamed into joining up and mysteriously disappears after the war. By the time he comes home, Queenie has taken to letting out rooms in the house to make ends meet, and Bernard is incensed to discover the tenants are “colored colonials,” including Hortense and Gilbert. He insists he has nothing against them “in their place – but their place isn’t here.”

Levy’s novel was widely praised, winning the coveted Orange Prize for Fiction (now the Women’s Prize) and inclusion on several best-of lists. Personally, I found Helen Edmundson’s play superior in every way. For me, the book is too formulaic, its characters and situations too obviously thematic, its structure ingenious (it’s narrated by the four main characters in alternating chapters and time periods) but awkwardly executed. The first-person narratives, which often seem forced and colorless on the page, come to life in the actors’ mouths, heightened and streamlined by the playwright.

The cast of 27, under Rufus Norris’s fluid direction on Katrina Lindsay’s versatile set, backed by projections of period images, make the play at once a pageant of history and an intimate drama of individuals doing their best in fraught circumstances. All four leads are exceptional, and the supporting players lend color and texture to the play’s shifting scenes and moods.

I am a great fan of Caryl Churchill’s plays – their stylistic invention, crackling dialogue, fiery intelligence, uncompromising politics and resolute feminism. The National’s current revival of her 1982 Top Girls (through July 20) looks back at a work born of the women’s liberation movement in the Thatcher era. 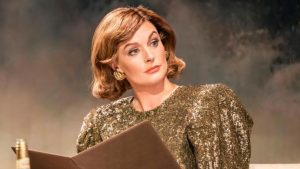 Top Girls might be seen as three plays in one, as it puts its central character in a trio of quite separate situations. In the first scene, corporate climber Marlene (Katherine Kingsley, chic and savvy) is hosting a dinner party in a posh restaurant for five women friends. Then we find her at work in the employment agency that gives the play its title, and finally in a rural cottage for a tense visit with her estranged sister.

The dinner guests are figures from the past, two historical, two fictional and one apocryphal, figments perhaps of Marlene’s own anxieties and regrets. They are, in descending chronological order, the 19-century English explorer and naturalist Isabella Bird (Siobhán Redmond); the pugnacious Flemish housewife Dulle Griet (Ashley McGuire), leader of a women’s assault on the gates of Hell in Bruegel’s 1563 painting; Patient Griselda (Lucy Ellinson), the slavishly obedient peasant girl in the Decameron and Canterbury Tales; Lady Nij­­o (Wendy Kweh), an emperor’s courtesan in 13th-century Japan; and Pope Joan (Amanda Lawrence), the 9th-century woman who is said to have been briefly elevated to the pontificate in a disguise that failed when she gave birth. 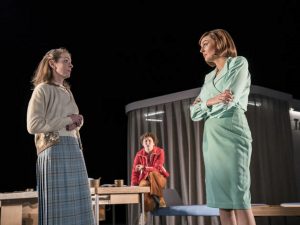 As the women share their stories – and get progressively drunk – mutual themes emerge: children lost, talents suppressed, ambitions foiled, and the unremitting tyranny of men. The same themes come back in modern dress in the employment bureau – which appears to be an all-women’s domain until the offstage males start to be heard from, including the colleague who thinks Marlene’s new promotion should have been his – and in the cottage where Marlene’s sister Joyce (Lucy Black) lives with a disturbed teenage daughter (Liv Hill).

In both locales, class issues – another Churchillian leitmotif – come to the fore, as sleek, high-flying Marlene is contrasted with women whose diminished expectations or hard choices have foreclosed the opportunities she has grabbed. Ultimately, the play is about those choices. All the women, Marlene included, have given up precious things in order to fulfill their dreams or destinies. The playwright’s answer to the era’s “you can have it all” message is “Not necessarily.” 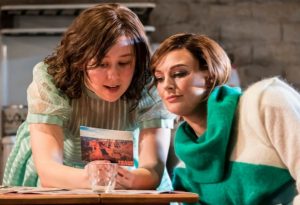 Churchill wrote Top Girls for a cast of seven, doubling roles and thus tying together the play’s three plot strands. Lyndsey Turner’s stylish production, in the National’s usual expansive fashion, casts each of the 16 characters (plus two “ensemble”) separately. The performances are across-the-board superb, but the scattering dilutes the play’s meaning and impact, and draws attention to some of its dated aspects. While the dinner party remains captivating, the office scenes recapitulate now-familiar grievances and the sisters’ secret-spilling confrontation smacks of kitchen-sink drama.

The connecting thread between the office and cottage scenes is the play’s most complex and heartbreaking character, troubled young Angie, and, Liv Hill, in her stage debut, gives the production’s most astonishing performance. Naïve, impatient and lost, Angie is the next generation, coming eagerly into a hostile world – much as the Windrush generation did.