Valley Show Girl: TALOS, Over 10 Years in the Making 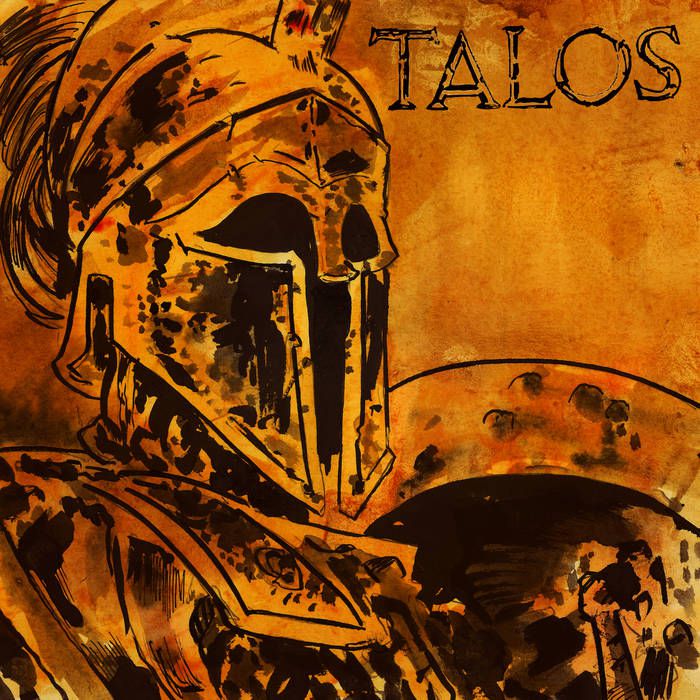 Ever have a project you are so excited about doing — then mid-way, you get road-blocked and you can’t finish it at that time? Then boom, for real! Another artistic idea pops in your head and you get all excited, and that project takes flight. The never-ending shelf of half produced projects I feel is part of the typical life of an artist, myself included. So when I heard about the latest musical project from local musician William Theis, which was taken off of that shelf and finished, I got excited.

Backtrack to the beginning of the millennium: the year is 2006. Theis, a year into college, was on a summer break from his current band (post-rock Hadoken) and had just got his first recording equipment. He started testing around and making little projects here and there with the new-found excitement.

“Since I mostly just played guitar (and trombone) at the time,” Theis explained to me, “I would record riff ideas or collections of riffs, and found that I could play drums over these using my keyboard, fixing any drum mistakes in the program after, and add other guitar parts, bass, synths etc. to turn them into full songs.” Some of these tests he made while getting more familiar with the equipment were successful and he still uses this technique to produce demos for new songs.

Inspiration was taking control and along with his high school friend and old band mate, Matthew Collari, the duo headed towards a collaboration. They pulled some force from the adult animated show, Metalocalypse. “I thought maybe I could do a similar kind of project with just my friend and I using primarily guitar ideas and filling in the rest through additional layering,” Theis said.

It started with guitar riffs and the entire project was done in GarageBand and later converted to Logic X. The project, TALOS, was coming into the light. Collari had a connect with a beach house at Old Orchard Beach in Maine. They loaded a minivan full of guitars and equipment and headed up North to their makeshift studio for a week. They turned one of the guest rooms into a control room and used the closet for recording guitars and bass — super loud. “I’m still pretty happy with the guitar sounds we got in that space,” Theis said.

They worked throughout the day on TALOS, and during the night, they would break and walk down to the ocean with friends. “I do think, too, that the ocean influenced the sound somewhat, especially on ‘Mare Sirenum,’ which itself is supposed to have an oceanic kind of sound,” Theis said. And it does. That song produces a whimsical sound, as if waves are slowly crashing to shore under the moonlight, your bare feet are getting quick, subtle touches from the ocean’s outer layer. 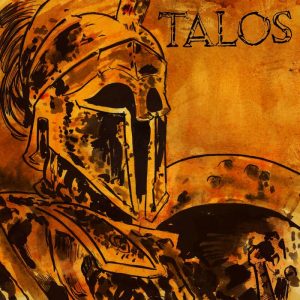 They focused on the fast/metal songs first, then the interludes and other noise elements to the project spontaneously happened. Later on when Theis was piecing the recordings together, he realized that the elements created a certain cinematic kind of flow to the whole piece of work. They were made mostly of broken synths that Collari found on the road before they recorded. “Which we hooked up to all kinds of things to create those layers of weird sounds,” Theis said. Back in his basement in Amherst, while going through the recordings, Theis also added more, and did some retakes.

The concept for the music was strongly influenced by Greek and Roman mythology. Inspired by courses Theis took at UMass and an interest in old history and mythology, Theis intertwined it within the music. “I had dwelled on the sheer brutality and extremity of these ancient myths, which throughout civilization since have been portrayed from the Elizabethan stage to Hollywood,” he explained, “always with them focusing on the humanity or redeeming qualities of these ‘heroic’ figures and never quite on all of the intense murder, rape, etc. which I had learned were quite more grotesque in earlier variants of the stories.”

The opportunity was there to express these stories in a different way — in a raw and extreme metal/hardcore fashion. The instrumental work needed vocals to tell the story best. Contributing with the theater-style, Theis decided to, in a way, cast singers for certain songs. Different vocal styles express the music on the album, perfectly. “I also found it very interesting, if not funny to have nearly classical poetic formats for lyrics that are being screamed,” Theis said.

With help from Pat Rennick, who wrote some lyrics and parts, and UMass jazz vocal major Sierra Partlan who also wrote and sang, the project was growing. Collari also lent his vocals on some tracks. The hopes of a drummer to fit the role, however, was holding things up. Theis wanted the electronic drums on the album to be replaced with the actual instrument.

In the meantime, another musical project was flourishing, and that took Theis’ focus for about five to six years. Along with constantly keeping busy, musically, all while never letting TALOS slip his mind. “If I could pick up a single lesson from this project,” Theis explained, “It would be that you should always finish the thing RIGHT AFTER doing it! And never let it go to the shelf.”

The plan was to always come back and finish it, and the summer of 2018 was the time to do so. The technology for mixing electronic drumming grew throughout the years, and with the 10+ years of mixing experience, Theis benefited from waiting. He also wrote and recorded all the vocals for the track “Argonaut” which is heavy, and absolutely brutal. Something that took him years to be able to work with his vocals.

There is no band to perform these songs live. And there will be no TALOS 2, but Theis hopes in releasing this album to the masses, music fans can discover and enjoy the music as much as he and the others did putting it together.

For those who do enjoy it, have no fear! Theis has been onto another project, very similar in the hardcore/metal genre. The doom sludge metal duo that is Pyromancer are set to record their debut 5-song EP this month and hope to have it released by the end of summer. As of now, their first live set will be a Reanimate Your Baystate gig on Thursday, August 29, at Sierra Grille in Northampton.

Check out the TALOS project for yourself on Bandcamp, at sonsoftroy.bandcamp.com/releases and make sure to follow Promancer on Facebook (https://www.facebook.com/thegreatflame/) for updates on their upcoming release and shows.

Jennifer Levesque writes the twice-monthly column, Valley Show Girl. You can reach her at jlevesque@valleyadvocate.com or check out more on her website, www.valleyshowgirl.com.