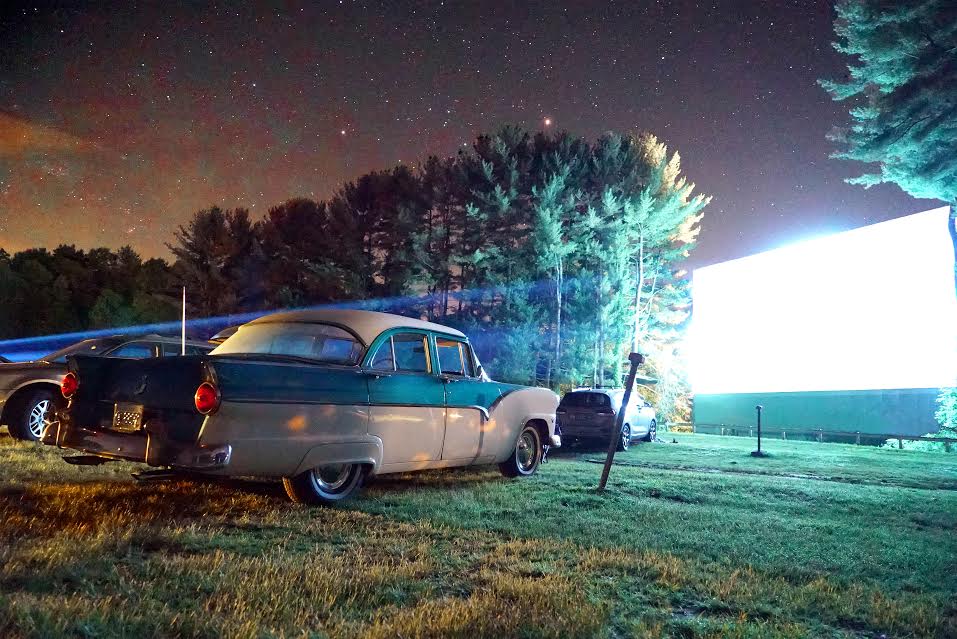 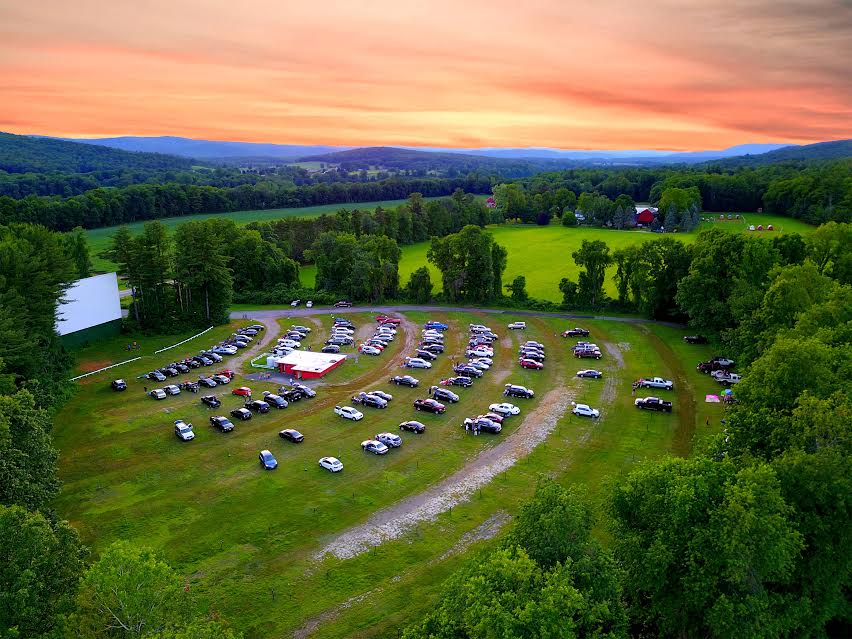 Everyone has their own idea of what really makes it summer in New England. For some, it’s getting that first soft serve, melting in the after-dinner sun. Another might mark it with the first visit to a favorite swimming hole, when the water is still just a little too cold. A crank might go on about the mosquitoes (though to be fair to cranks, they are particularly bad this year). But if you love going to the movies, summer in New England has another tradition: it’s time to pile your crew into the station wagon, and visit the drive-in. 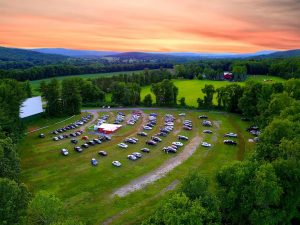 Once a bustling business, the drive-in has become a dying breed, with many falling victim to the financial difficulties of a short season and equipment upgrades, especially with the modern move from analog to digital projection systems. But just over the border, in Hinsdale, New Hampshire, the Northfield Drive-In is celebrating its 70th year of bringing people movies under the stars.

Opened in 1948 and operated since 1967 by owner Mitchell Shakour and his family — his wife and children all lend a hand with the concession stand and other duties —the Northfield has weathered many changes, including the switch to digital. This month, they look back with their Retro Thursday series, which brings in a throwback double-feature each week in July. The first two have come and gone, but there’s still time to catch a bit of that summer magic.

First up is a special space-themed night to mark the 50th anniversary of the moon landing. Things get underway with E.T. the Extra-Terrestrial, Steven Spielberg’s 1982 megahit about an alien being and Elliott, the boy who befriends it. With E.T. stranded on Earth until its people can return, the alien and Elliott must evade the government agents who want to capture E.T. (if you’re a Stranger Things fan, you’ll find it owes more than a little bit to Spielberg’s story).

The second half of the night leaves our atmosphere when Apollo 13 takes flight. Ron Howard’s 1995 film is the real-life story of the space mission that barely escaped disaster. Still electrifying today, Howard’s attention to detail — even filming in a special aircraft designed to provide brief periods of weightlessness — makes his film feel nearly documentary. And what better place to watch, as the Apollo astronauts race to find a way to survive, than under the stars?

Of course, the Northfield isn’t only a retro palace — on other nights, it still brings in the big movies of our own time. At press time, they were screening Spider-Man: Far from Home, and Men in Black: International (with Chris Hemsworth and Tessa Thompson jumping franchises from Marvel’s Thor and Avengers films), but be sure to check northfielddrivein.com for up to date listings. One note: the theater is a cash-only affair, and enforce a two-adult per car minimum on Saturday nights (if you’re heading out alone — or with your dog, which is an option at Northfield — you can still park to the side and carry in a blanket or chair).

Also this week: just south of Northfield, the Greenfield Recreation Department hosts its own outdoor movie night at the Green River Swimming and Recreation Area. After a 7 p.m. performance  of comedic magic by Ed the Wizard, the screen will light up with a showing of The Kid Who Would be King, which brings a modern day twist to the old King Arthur story. When youngster Alex stumbles across the mythical sword Excalibur, he and his friends must do battle against the enchantress Morgana to save their world.