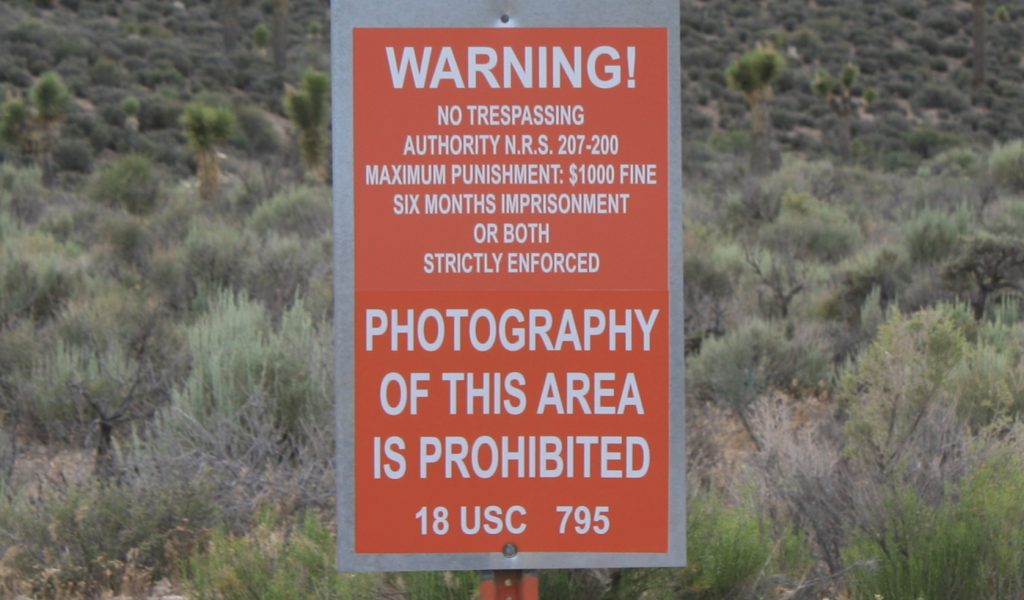 At least a million people have pledged over Facebook to raid the United State Air Force’s Area 51, a highly classified Nevada military base that conspiracy theorists and UFO-ologists claim houses or once housed remains of alien spaceships and extraterrestrial beings. The Sept. 20 event is titled, “Storm Area 51, They Can’t Stop All of Us,” and has become an internet sensation. The event, is of course, fake and meant to be tongue-in-cheek, but that hasn’t stopped 899,000 additional people from being “interested” in the event on Facebook. The U.S. Air Force is strongly advising people against attending the event. The event’s description reads, “We will all meet up at the Area 51 Alien Center tourist attraction and coordinate our entry. If we Naruto run, we can move faster than their bullets. Let’s see them aliens.”

Sniffing out a suspect

Police in Liberty, Missouri, were searching for a man wanted on a warrant for possession of a controlled substance. And the suspect might have gotten away, if it wasn’t for his own apparently irrepressible flatulence. The Kansas City Star reported that the suspect let out a loud fart at the wrong time, which allowed officers to sniff out his hiding spot. A nearby police department shared the story via Twitter and used a poop emoji. The tweet reads, “If you’ve got a felony warrant for your arrest, the cops are looking for you and you pass gas so loud it gives up your hiding spot, you’re definitely having a [inserts smiling poop emoji] day.

A corrections officer in Colorado was fired after he allegedly brought a burrito full of drugs into a state prison. The 27-year-old former corrections officer was arrested on July 2 at the Buena Vista Correctional Facility following a multi-agency investigation, according to the Department of Corrections. An inmate at the prison told investigators in late May that an employee was smuggling drugs into the facility, according to a report by KDVR, which cited an affidavit of probable cause. The inmate told investigators that the alleged drug smuggling officer kept drugs in his lunch bag. Inside the bag, investigators found a burrito filled with about 91 grams of meth, 26 grams of heroin, 46 strips of suboxone, 10 strips of buprenorphine naloxone, marijuana wax, and six small thumb drives. The man is charged with first-degree introduction of contraband and three charges of unlawful possession of a controlled substance as well as one count each of unlawful distribution of meth, heroin, and Suboxone.

A rattlesnake, whiskey, and uranium

When police in Guthrie, Oklahoma, stopped a man during a traffic stop of a vehicle that was reported stolen, they didn’t expect to find the man with an open bottle of Kentucky Deluxe whiskey, a pet Timber rattlesnake, and a canister of radioactive powdered uranium. The traffic stop took place on June 26 and Guthrie Police Sgt. Anthony Gibbs told Oklahoma City TV news station KFOR that police didn’t know why uranium was in the vehicle or how it was obtained. The rattlesnake was found in the backseat in a terrarium and police also found a gun in the console. The man was charged with possession of a stolen vehicle, transporting an open container of liquor, and driving with a suspended license.

A woman in Greensville, South Carolina, allegedly stole a vehicle after throwing a live snake at the driver. The woman then crashed through barricades set up for a pole-vaulting exhibition. The 29-year-old suspect, who was hurt in the crash, was recently released from the hospital and has been charged with carjacking, malicious damage to property, and five traffic violations. According to local police, the 29-year-old woman demanded the driver’s keys and then threw a live black snake at her. She then drove the stolen SUV with the snake in it into barriers set up for the Liberty Bridge Jump-Off.