Clueless Parent: Kicked Out a Few Minutes In 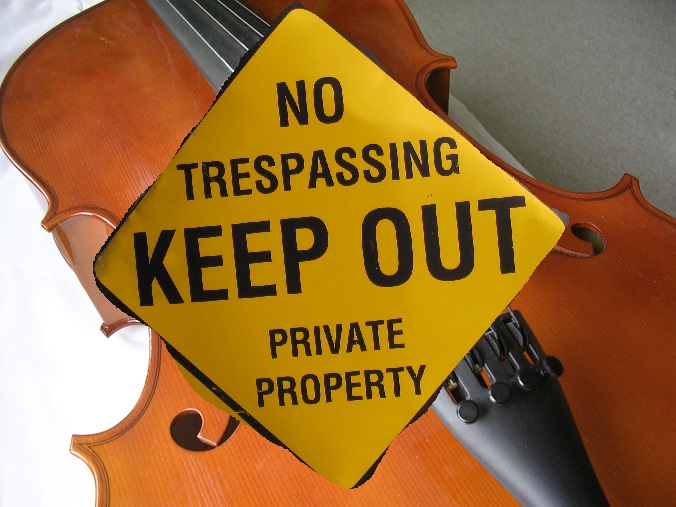 It’s not easy getting out of the house and out to events with a toddler, but my wife and I have been doing our best to nurture a budding interest in music for our 2½-year-old.

One of our greatest successes to date was a free youth orchestra concert we found listed in an alt-weekly in North Carolina, where we were visiting friends last November. We showed up and found seats near the back in case our son started making too much noise. He crawled all over us as we waited for the music to start, but spent much of the time the music was playing rapt and watching.

In fact, the one time he was audible to other audience members that show was during one of the silent interludes between movements, when he loudly exclaimed, “more cello!” Most who heard it laughed.

We had a very different experience this past weekend. Trying to find a place out of the heat, we found (in the Advocate’s calendar) a free classical music concert Sunday afternoon as part of the Lyra Music Festival at Smith College. The best part was that it featured the cello!

We arrived nearly halfway through due to a late nap, and an idea that it would probably not hold his attention for the whole show, and led him inside.

Again, we found seats near the back, ready to bolt if needed. My son was a bit more rambunctious this time, and did make some noise. The glares of condemnation were swift from other audience members.

We were considering taking him back outside, but we didn’t get the chance. A few minutes into the first song, we were approached by one of the show’s staff and asked to leave.

“We love having children at our concerts, but yours is distracting other audience members,” she said.

Frankly, I was shocked.

Parenting a toddler is difficult enough without stuffy concert-goers and organizers ejecting small children from free afternoon concerts with complaints they are distracted.

I’m certainly sympathetic to people who want to hear the music, but it comes to be no small wonder why the audiences at such shows tend to be made up mostly of older folks. Excluding young children from what should be mind-expanding music would seem to — and almost certainly does — limit their demographics.

Lyra isn’t the only one with this problem. Tanglewood has an explicit policy that children 5 and under aren’t allowed in their two most popular concert spaces during any performance.

Local classical music community: you need to do better. Count me as a pissed parent.

Clueless Parent appears monthly. If you have an idea for a column, email deisen@valleyadvocate.com.