Bizarro Briefs: Come Back With My Dog! 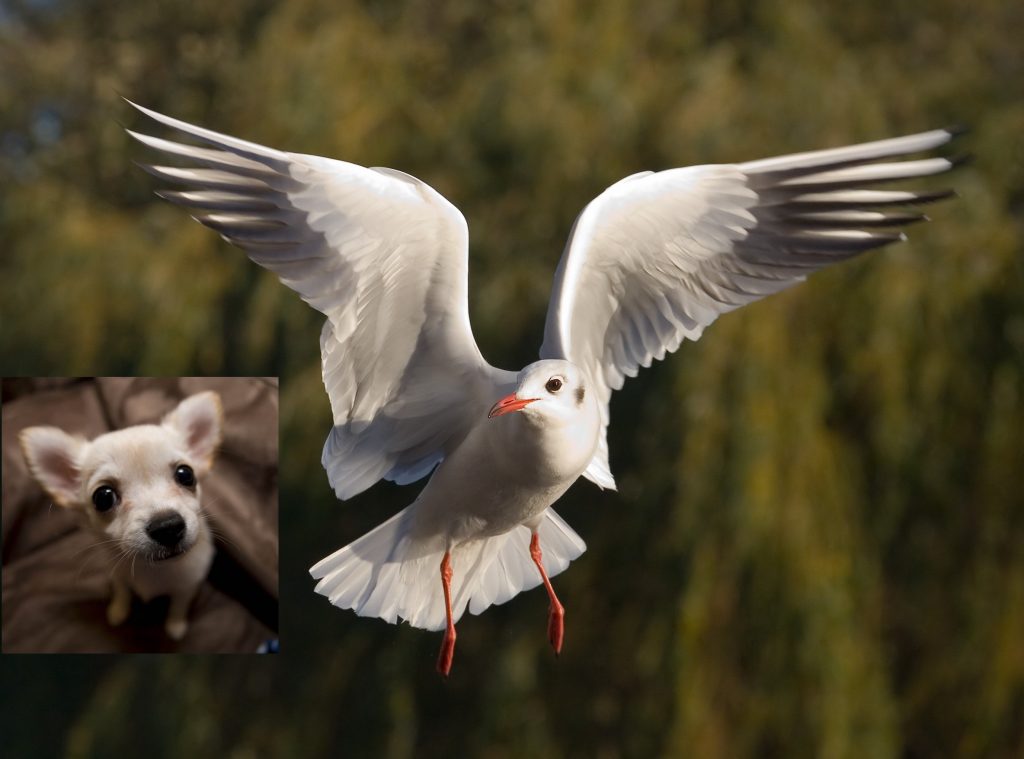 Come back with my dog!

Many of us have had the experience of getting a slice of pizza or food item snatched from us by a greedy seagull while minding our own business near the beach. Few, however, can say that their pet dog was snatched by the grabby birds. But that’s what took place with a 24-year-old woman from Paignton, England, who is looking for information about her four-year-old miniature chihuahua named Gizmo. She hasn’t seen the tiny pooch since Sunday, when a seagull swooped in, nabbed the dog, and made for the open skies. “Please, please, please, anyone finds a chihuahua he’s mine, a seagull took him from my garden,” the woman wrote in a Facebook post. The specific breed of dog grows to be only nine inches tall.

An elusive emu has slipped through the fingers of Orange County, North Carolina’s animal control officers for three weeks. The flightless bird is the world’s second largest bird species at 5 feet tall and weighing in at 100 pounds. Native to Australia, the bird has been spotted about half a dozen times in the past few weeks, and approached at least twice by animal control officers. But, emus can run faster than 30 miles per hour. And they kick hard. No owner has stepped forward to claim the bird.

A Minnesota toddler managed to drive a battery powered tractor from his parents house to a nearby county fair without asking his parents. The two-and-a-half year old apparently saw a bunch of fun-looking rides at the fair, which was about a block and a half from his house, and decided to check it out himself. His parents quickly reported him missing, and he was found only minutes later at the Tilt-a-Whirl ride. The bad news for the toddler: dad took away his driving privileges by pulling the battery from the toy tractor.

A baby girl was born on 7-Eleven Day (July 11) at 7:11 p.m., weighing in at 7 pounds and 11 ounces. 7-Eleven executives got wind of the coincidence and are now starting her college fund and supplying childcare goods to her family, calling her the “7-Eleven Baby.” The amount? $7,111. The baby’s mother told CNN that she say the numbers 7 and 11 repeatedly over the course of her pregnancy and wasn’t sure what it meant. “I thought it was weird at first,” she said. “I would look at the clock and it was 7:11.”

Some dogs get all the cool jobs

There are drug-sniffing dogs, and then there is Eba, a rescue dog with a slightly less exciting job: sniffing out orca poop in the ocean. Eba spends her days off of the San Juan Islands in Washington State nose to the wind. When she smells orca poop, she lets the scientists she travels with know, and they jet over to collect it. Fecal samples are vital to determining the health and reproductive strength of the orca population, and having the right nose on the job is helpful, according to one of the scientists involved. “They’re probably five times better than people at finding samples,” he said.