Basemental: No need to dig beyond Kurt Vile’s riffs to enjoy 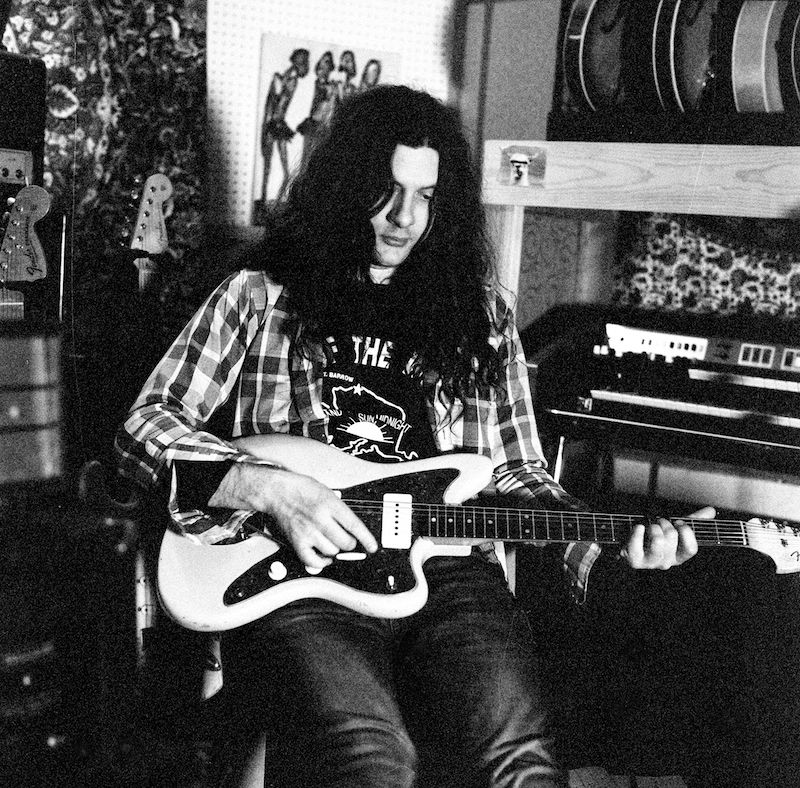 When The New York Times profiled Kurt Vile in the fall, they titled their piece “Kurt Vile, Indie Rock’s Charming Riddle.” The implication, of course, was that the long-haired indie rocker had a Rubik’s Cube to decode, something to latch onto underneath the lackadaisical riffs and meandering lyrics. The end of the piece read as follows:

I also, quite unfairly, [emailed him to ask] him how I should end this article. In his reply, he said that every day for years, he ate two eggs over easy for breakfast, but now he hates them for breakfast, and eats them only at lunch.

“is this a riddle?” he wrote. “what should the last paragraph of your article about me be? heh heh … looks like the ol’ kv has stumped em again, boys.”

When Vile’s publicist Emily Zaremba emailed me asking if I’d plug Kurt Vile’s show (with Dinosaur Jr.!!) at Look Park on July 28th, she told me about his new record Bottle It In, out on Matador this past October. When describing it, she said it was “quite an undertaking for the seemingly casual Mr. Vile, but that’s why he’s so fascinating to me.” Adding that “he projects this air of effortlessness, but the process was exhaustive and painstaking, every second of music thought out to make the most sonically beautiful record of his career, with incredibly catchy and direct songwriting, a filler-free classic-in-the-making from start to finish.”

While this is Vile’s most expansive record in terms of length, I’m not really sure it goes anywhere that profound or different from what came before. It sounds like Vile is doubling down on his signature, catchy arpeggiated A-minor-ish riffs, blurting out whatever comes to mind in a way that is pleasant but hardly commands too much attention. Further, it’s hard to imagine that “every second of music [was] thought out” too carefully, which makes for easy listening.

One of the more revealing tracks, a shorter sonic outlier among the bunch with an elegant key change, is titled “Rolling with the Flow,” about the fact that he is still playing music and living on the edge of social acceptability. He is almost bemused by the fact that he has lived past 30 — alive with a comfortable indie rock career with a wife and two kids — and is, in fact, “rolling with the flow.” The following track is about whether or not the cables in his guitar pedal board are plugged in. So profound.

No doubt the album’s title track — again, “Bottle It In,” prominently featuring a beautiful harp cameo — might hint harder at the emotional narrative the critics are clinging for, still veers into stream of conscious territory in the song’s 10-plus minutes. On another track, Vile suggests that things were “easier” with a telephone. Um, OK. (But read Damon Krukowski’s book Ways of Hearing if you’re actually looking for insight on the emotional terrain of technological changes since the telephone.)

I’m just not sure there’s a riddle to solve or emotional deepness to extract from Kurt Vile, and that’s not a bad thing. People were always looking for that thing in Pavement’s gnomic one-liners — and I think they’re still looking (Kurt Vile cites Pavement as a major influence). The idea that there needs to be something underneath the riff is a disservice to Kurt and the rest of us. I like Vile’s music because there isn’t that thing and I can take a break from looking for it.