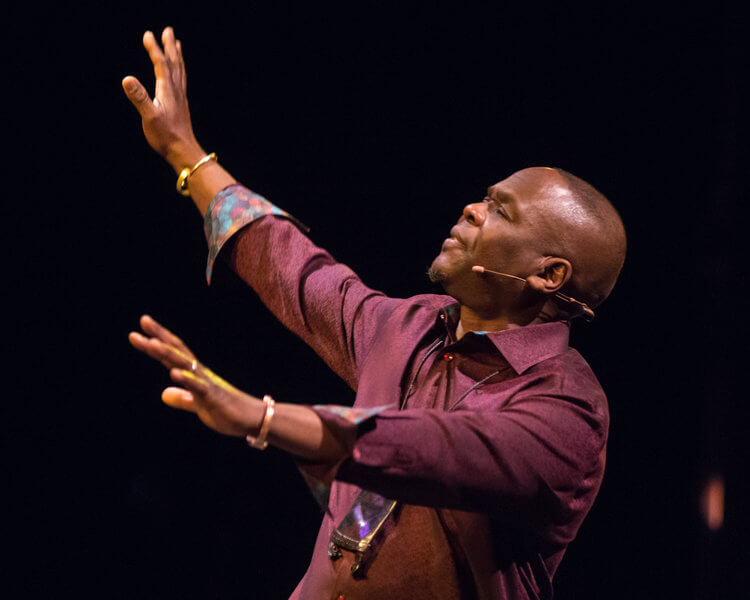 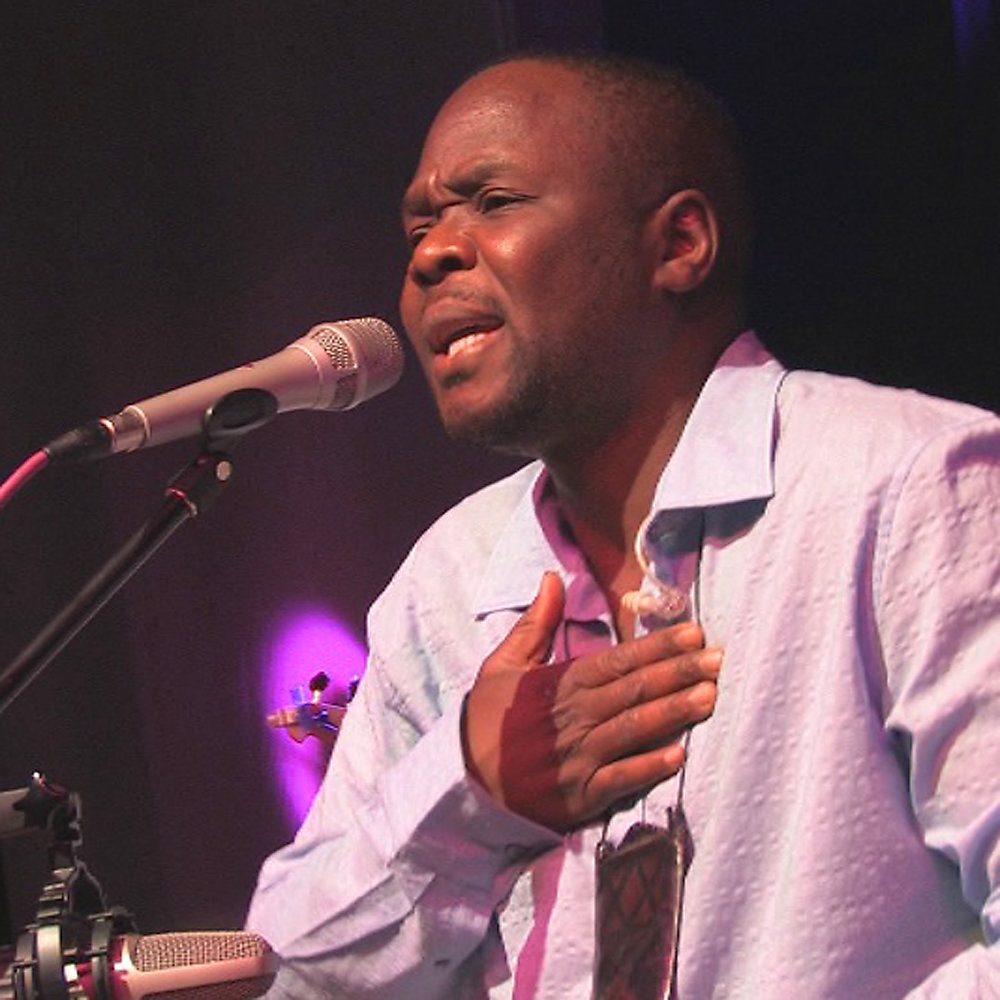 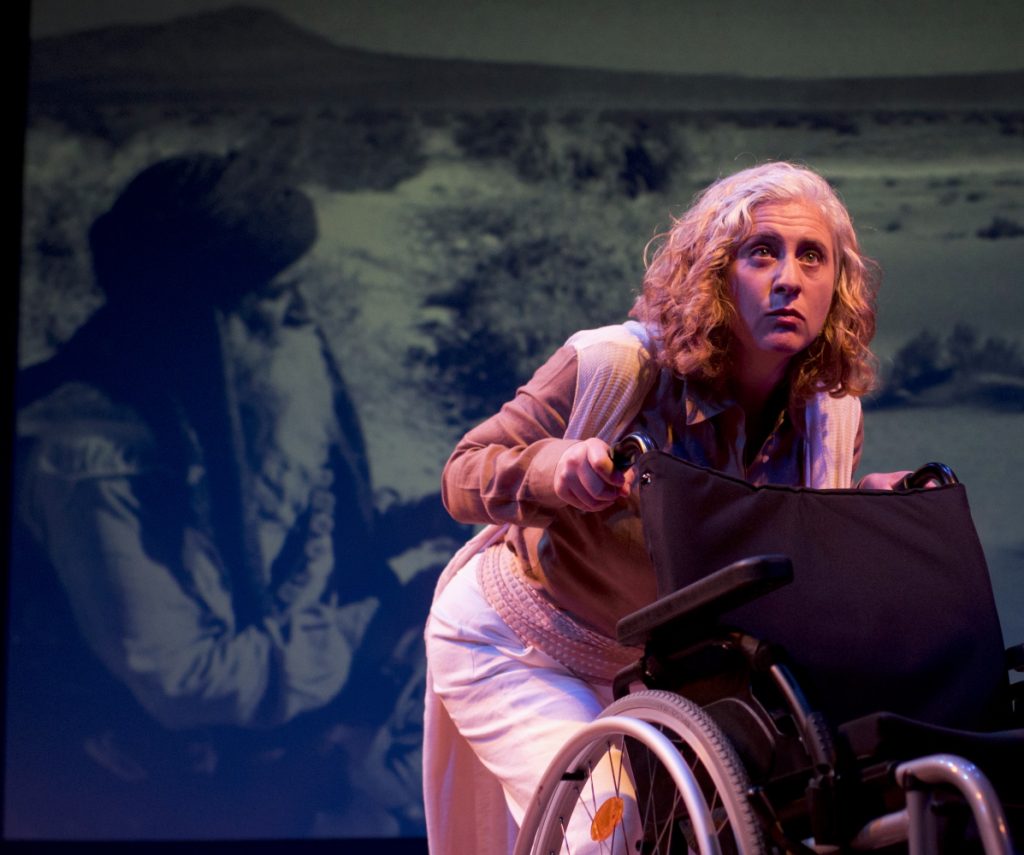 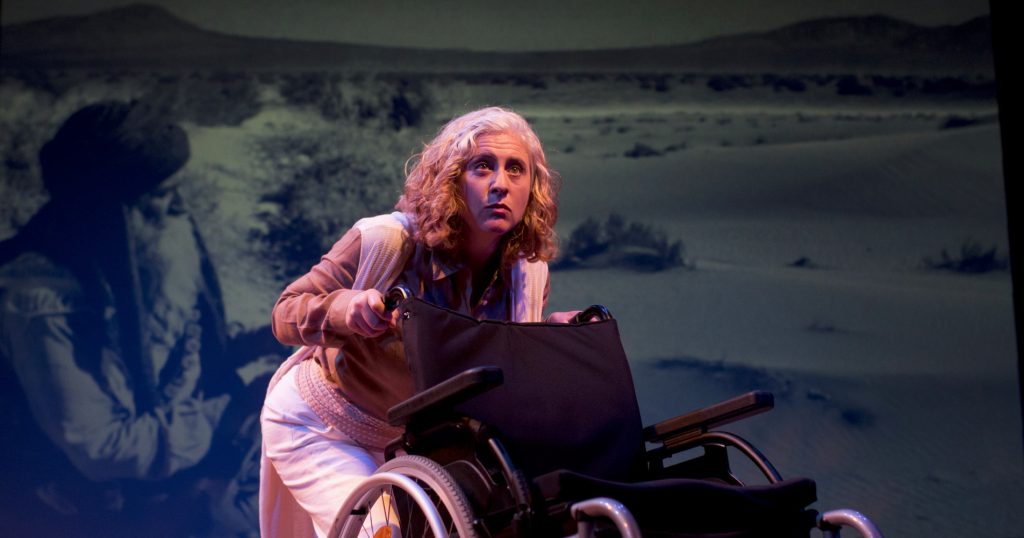 In the final week of this year’s Ko Festival of Performance, Sabrina Hamilton is looking forward to this weekend’s performance by the Ugandan musician-humanitarian Samite (see below) while musing on the season-so-far.

Attendance is high and season subscriptions are up, she says. “But our favorite metric is not ‘How big’ or ‘How many,’ but rather how sticky can we  make the Ko experience.” By that she means patrons’ attachment to the performances. “People are coming back to see the same show two and, in at least one case, all three times.” There’s a post-show discussion after every performance and a lobby display with background material on each show. “People are finding the display materials so interesting they’re walking off with them and we’re having to reprint,” Hamilton says. “People are asking for reading lists!”

On several occasions, she reports, “we’ve been closing up the theater, the interns have already been sent home and we still have audience members in the lobby discussing the show. We staffers would kind of like to go get ourselves a late dinner, but we literally cannot get people to leave.”

This season’s overarching theme is “HABITAT (human),” with performances by boundary-breaking artists ranging through stories of place and displacement. That topic resonates strongly in Hamilton’s curtain speech, as she acknowledges the habitats of “vanished cultures,” including the one the theater sits within – the ancient land of the Nonotuck and Pocumtuc peoples. 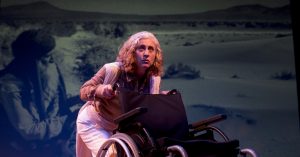 Last weekend’s show continued that theme. It was (dis)Place[d], a solo show by Debórah Eliezer of the Bay Area theater ensemble foolsFURY. Eliezer is, by her own definition, “an Arab Jew,” the daughter of a Jewish Iraqi who grew up in Baghdad, fled to Israel and ended up in Oakland.

Draped in a flowing overgarment that costumes her various characters, Eliezer enacts her Aba’s reminiscences, from a boyhood nourished with Arab food but wracked by the 1941 Farhoud, “the Iraqi Kristalnacht,” to a resistance cell of teenage saboteurs, to a kibbutz in Israel “before Israel was Israel,” to being an Israeli spy who “carried cyanide in his sock.”

What we find in this multifaceted narrative, stirringly performed in gesture and movement as well as three languages, is not only one man’s engrossing life story and a daughter’s search for roots, but a largely hidden history that has painful resonance in this age of Islamophobia. We learn, for example, that for over two millennia, Iraq had a thriving Jewish population – “the oldest Jewish diaspora, in the birthplace of the Talmud” – which was wiped out in 20th-century massacres and expulsions.

Eliezer also channels the spirit of “the Land,” an earth-mother who says at one point, “The displaced never really forget, do they?”

Displacement and refuge are also at the heart of this weekend’s Ko performance. Samite is a Ugandan whose one-man Lessons of Humanity takes us from Idi Amin’s reign of terror to a horse farm in upstate New York, now his base for global travels and outreach “to help remind others of their strength, so that they may find peace.” 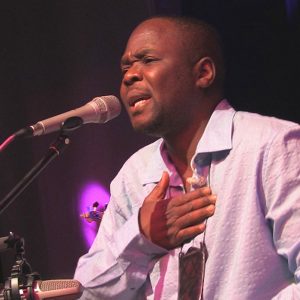 A multi-instrumentalist, he’s a world master of the flute, both African and Western, who uses music, as he says on his website, to help people “forget their differences and join as one in the moment. If we can make that moment last, the world will be a better place.”

Samite composed the score for the 2009 documentary Taking Root: The Vision of Wangari Maathai and is himself the subject of PBS’s Song of the Refugee. He’s also founder of the international organization Musicians for World Harmony, using “the healing power of music to reawaken the humanity in the hearts of displaced and distressed peoples.”

His performance, custom-crafted to reflect the season’s theme, is “a rich a blend of traditional African music and personal stories that draw on his own experience of war and his life as a refugee.”