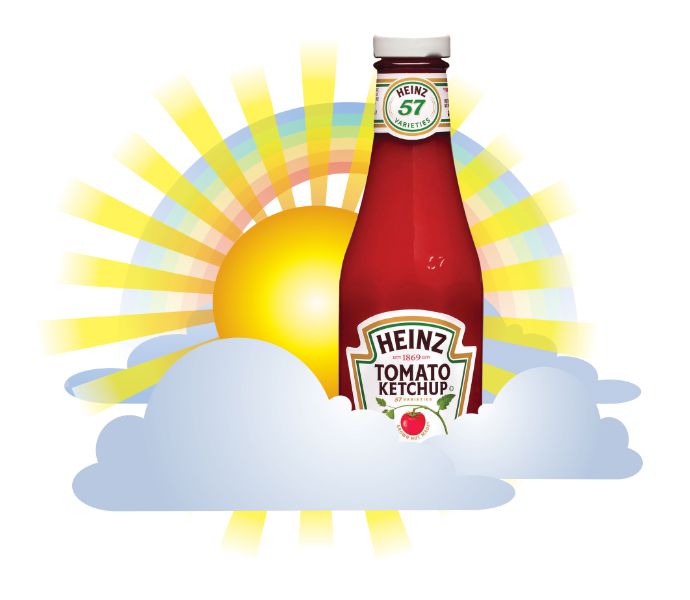 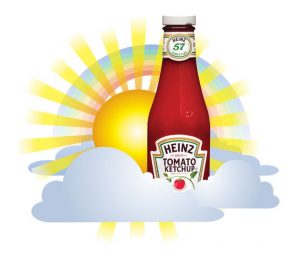 Someone stole a bottle of ketchup from a New Jersey restaurant, and claims to have been immediately wracked by guilt — and bad karma. A few hours after the condiment thief purloined the tomato-y diner staple, someone crashed into their car. In the weeks that followed, the person’s luck and karma were bad, so they decided to leave an apology note to the restaurant, Perkins Restaurant & Bakery, along with two bottles of ketchup to replace the one they stole. The owner posted a photo of the note and bottles and says she forgives the thief. It looks like the thief’s luck is turning around, as Heinz has offered to pay for the damages to their car.

A group of scientists from the United Kingdom and Ukraine decided to make some radioactive booze, specifically vodka distilled using radioactive grain from the Chernobyl Exclusion Zone. That ought to quench your thirst! The nuclear disaster took place 33 years ago and the site will remain contaminated for thousands of years to come. The group of scientists named their vodka, which is completely safe to drink, “Atomik vodka.” So, who wants the first round?

Don’t try this at home, kids

A woman who posed with an octopus on her face to amuse her friends received a nasty bite on her chin and an infection for her trouble. The woman, who is from Washington state, was participating in a salmon fishing derby in Tacoma Narrows recently and, according to the Huffington Post, soon realized she wasn’t going to win. When she couldn’t pose with a winning fish, she took an octopus one of her friends had caught and put it on her face, with the cephalopod’s tentacles covering her ears and face, in hopes of winning the fishing competition’s photo prize. The octopus bit her, causing a wound that bled for 30 minutes and leading to an infection and some temporary paralysis of her face. Now taking antibiotics, she has some advice for others: “Don’t do what I did … know what you’re touching beforehand.”

A Republican member of Congress has recently sent a letter to U.S. Navy Secretary Richard Spencer about his national security concerns over reports of unidentified aerial phenomenon (UAP). Navy pilots went on record in a May 2019 New York Times story with their accounts of encounters with “strange objects, one of them like a spinning top” in the skies over the East Coast. U.S. Representative Mark Walker, a North Carolina Republican, wants answers. “Is this something that’s a defense mechanism from another country?” he asked on a talk show last month. In his letter to Spencer, he asks, “Does the Department have any information regarding private companies or foreign nations who have made significant advancements in aerophysics? We believe the answers to these questions are vital to our national security and scientific research and of significant public interest.” At no point, however, does Walker’s letter mention extraterrestrials or aliens.

Physicist and Xbox co-founder Seamus Blackley documented making bread with yeast that had been scraped from the inside 4,500-year-old pots from the Boston Museum of Fine Arts. He took to Twitter to share the experience, a thread shared over 25,000 times. The yeast came from pottery used from beer- and bread-making objects from ancient Egypt. “The aroma and flavor are incredible,” he wrote on Twitter. “I’m emotional. It’s really different, and you can easily tell even if you’re not a bread nerd.”

A 56-year-old man from Florida decided to take his golf cart on a jaunt through a Walmart in Gibsonton, Florida, which terrorized shoppers. The 56-year-old man ignored deputies’ orders to stop, that was, until he crashed into a cash register. According to the Hillsborough County Sheriff Department, they found the man blocking the liquor store entrance with his golf cart while demanding to speak to a manager. When deputies spoke to the man, he led them on a chase toward the store’s main entrance, speeding towards the checkout area and hitting several customers with his golf cart. The man was jailed on multiple charges, including aggravated battery.

What does bears and the Kool-Aid man, the mascot of the sugary red flavored drink mix, have in common? They both like bursting through walls. Police in Colorado reported that a bear broke into a home and left taking a cue from the Kool-Aid man, bursting out through a wall. The Estes Park Police Department stated the bear had been drawn to the home by the “scent of refuse.” Despite breaking through a wall, the bear didn’t utter the phrase, “Oh, yeah!” when busting out of the home.

Watch out for falling bears

We’ve written about bears smashing through homes (see above) as well as bears ravaging dumpsters full of marijuana products. This is the first time we’ve seen a bear smash a police car to the point that it exploded. How did the bear accomplish this feat, which was reported earlier this month in northern California? By falling (or possibly jumping) from a steep embankment at the side of the road and landing on the hood and windshield of a passing patrol car. The driver lost control of the vehicle and it crashed, burst into flames, then exploded. Both driver and bear escaped the carnage, but the fire raged and took out about half an acre. The car, of course, is no more.

The perils of technology

A 19-year-old Michigan woman reportedly suffered second-degree burns on her neck after her cell-phone charger somehow conducted an electrical current through her chain necklace. A recent report in the journal Annals of Emergency Medicine said the victim was taken in July to a hospital in Ann Arbor. According to the report, the young woman was “lying in bed wearing a chain necklace, with the charger underneath her pillow and plugged into an electrical outlet, when she felt a sudden burning sensation and severe pain around her neck. She likely sustained an electrical injury from the charger as it came in contact with her necklace.” The report’s authors are urging families to educate themselves about the safe use of charging devices, including using the specified chargers for mobile devices and not just “generic brand” chargers.