Stagestruck: In Company with Shakespeare + a truly Bazaar production 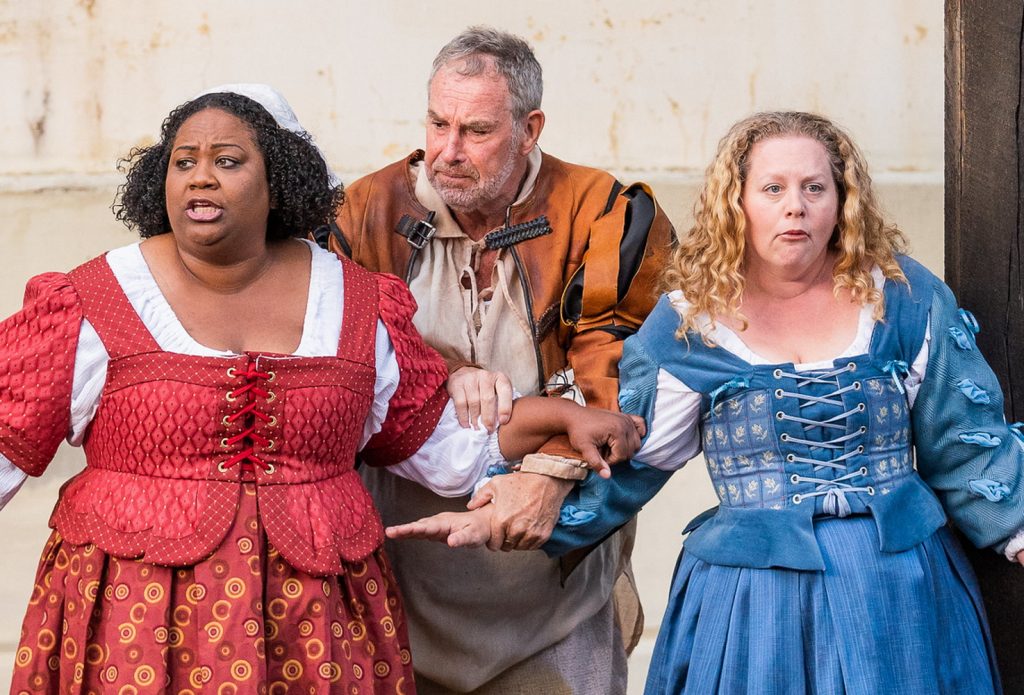 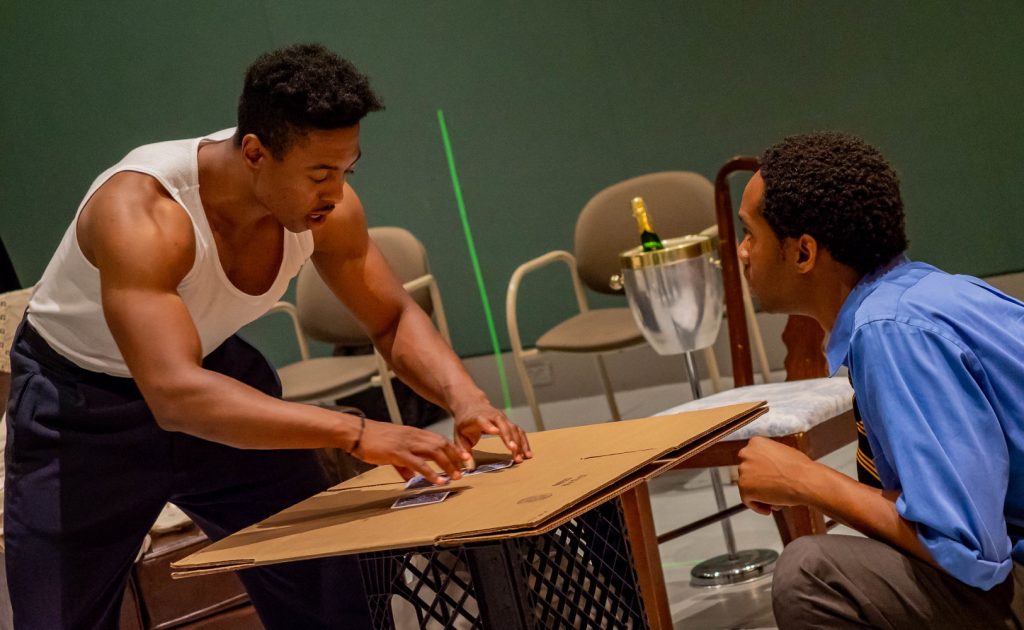 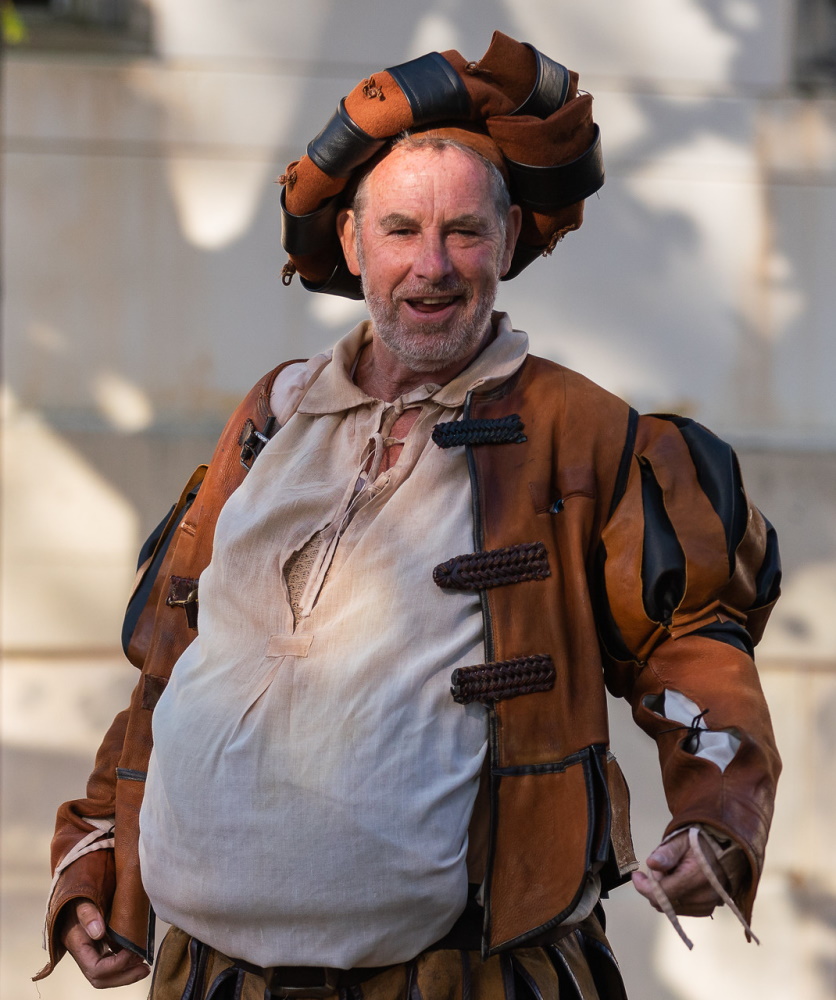 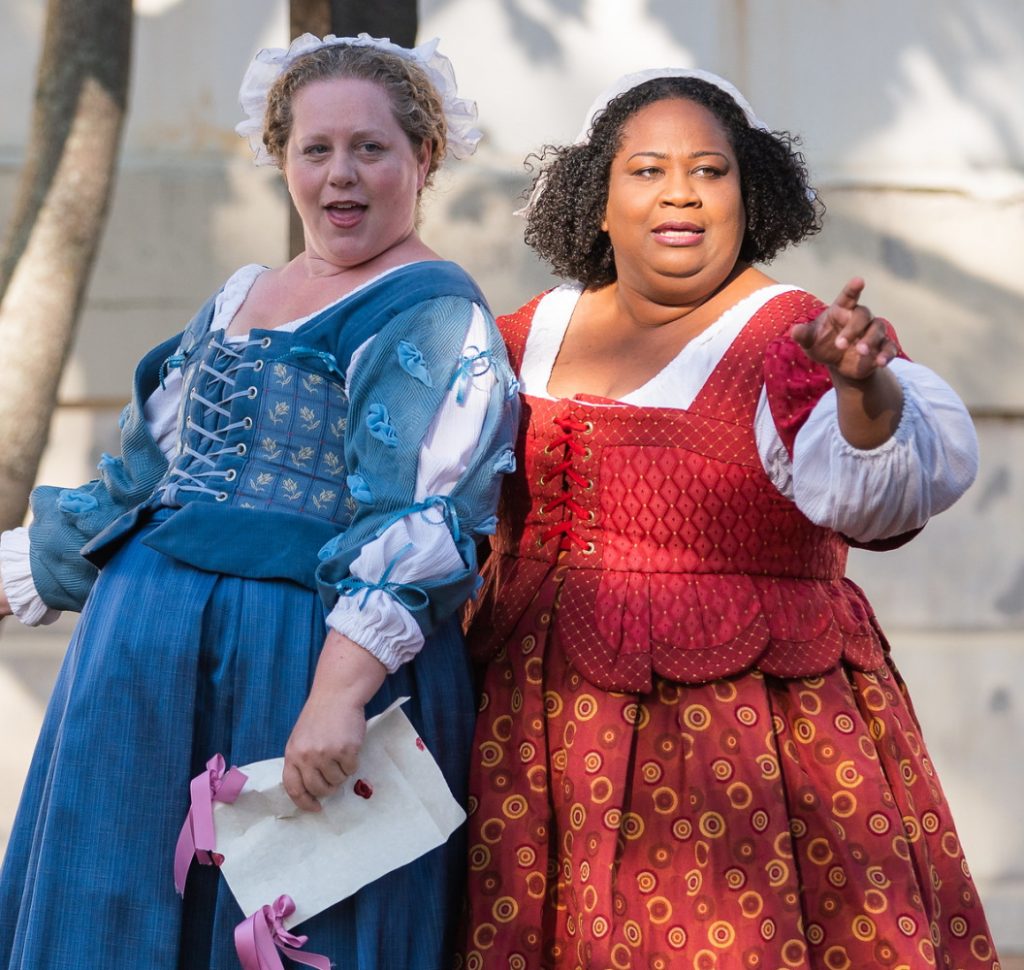 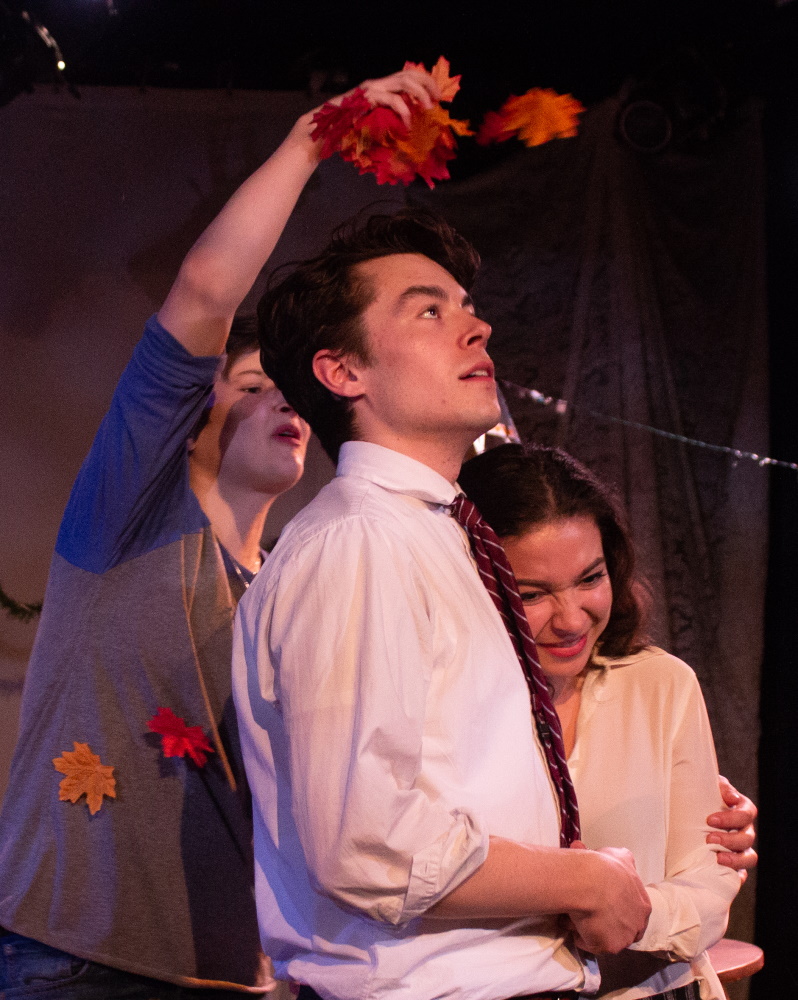 Shakespeare & Company’s name has threefold associations. It’s a theater that works in the company, as it were, of its eponym. It shares the name of the legendary bookshop on Paris’s Left Bank, lending an air of bohemian audacity and camaraderie to the enterprise in Lenox. And the two-part moniker signals that here, Shakespeare keeps company with other playwrights.

In the early days, when the troupe was headquartered at Edith Wharton’s Berkshire estate, the Mount, the Bard shared the repertory with witty adaptations of Wharton’s short stories. Nowadays, the non-Shakespeares are often contemporary plays with vital themes. So far this year we’ve seen Kenneth Lonergan’s The Waverly Gallery, about a family dealing with an elder’s dementia, and Lucy Kirkwood’s The Children (still playing through this weekend), about elders dealing with a nuclear meltdown. 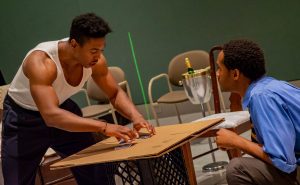 Opening this week and running into September is one of my most-awaited shows of the season. It’s Suzan-Lori Parks’ Topdog/Underdog, which won the 2002 Pulitzer Prize for drama and was the number-one choice in last year’s New York Times list of “The 25 Best American Plays Since Angels in America.”

In it, two African-American brothers – ironically named Lincoln and Booth – tussle over their heritage, ambitions, and dead-end employment options. Lincoln’s job is at a amusement arcade where he impersonates his namesake in whiteface; Booth, unemployed, dreams of becoming a three-card-monte sharp like his brother was before fleeing the hustle in fear for his life.

This “darkly comic fable,” as the Pulitzer committee termed it, is a play of ideas – about history, family, loyalty, disguise, and the pitfalls entrapping black American men – ideas that soar in a pyrotechnic arc of wit and spite. In Regge Life’s production on the S&Co mainstage, Deaon Griffin-Pressley, now in his third splendid season with the company, and newcomer Bryce Michael Wood portray the brothers.

The Shakespeare part of the company’s name, represented so far this year by Twelfth Night and The Taming of the Shrew, has a late-season entry, The Merry Wives of Windsor. (There’s also a workshop showing of Coriolanus, Aug. 21-25, starring S&Co founder Tina Packer and artistic director Allyn Burrows, and a staged reading of Julius Caesar on Sept. 1 with John Douglas Thompson.) 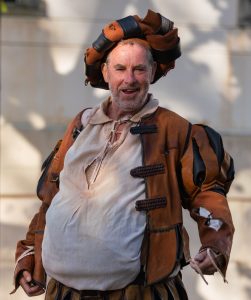 Merry Wives, playing through Sept. 1 in the company’s outdoor Roman Garden Theatre, is the most un-Shakespearean play in the canon. This anti-romcom is the only one in which women have the title all to themselves, the only one with no nobles or royals, the only comedy set in England, the only one with most of the text in prose, and if that weren’t enough, it’s the Bard’s only spinoff, giving a character from another play his own show.

That figure is Falstaff, the corpulent rascal from Henry IV, joined by several other crossover characters, including his disreputable drinking companions, the sharp-tongued taverner Mistress Quickly, and the foggy rustic, Justice Shallow. (It’s a play dear to my heart, as I was in it as a boy in my hometown Shakespeare festival. I played Falstaff’s page, a non-speaking comic role not in the script, wearing a pintsize fat suit.) 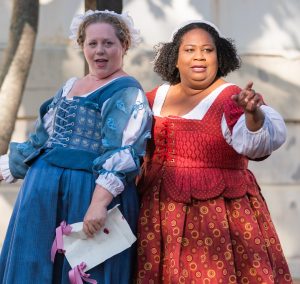 The plot is pure sex farce: Falstaff falls, if not in love then in lust with two respectable matrons of the town, Mistress Page and Mistress Ford, who defend their chastity without – indeed, in spite of – male assistance, and conspire to humiliate him for his impudence. As the merry wives beguile their would-be paramour with feigned desire, there’s much running about, hiding behind curtains (and in a laundry basket), spousal jealousy, ludicrous disguises, flimsy deceptions, and true love thwarted but ultimately requited. 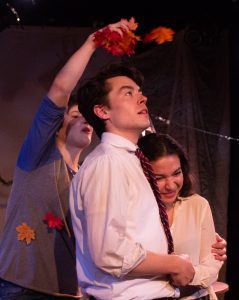 Bazaar Productions, which mounted the adventurous Berkshire Fringe for ten seasons in the Aughts, is back. It’s now the resident company at The Foundry, the startup  arts venue in West Stockbridge. The re-inaugural production, Particularly in the Heartland, is an interactive physical-theater piece with live music, created by Brooklyn-based company The TEAM (Theater of the Emerging American Moment), featuring an ensemble from Boston University’s Professional Training Initiative.

In the play, a trio of sudden orphans on a Kansas farm intersect with a trio of outsiders who claim to have arrived from, respectively, an inadvertent skydive, outer space, and the afterlife. “It’s about losing sight of our country,” says director Sara Katzoff, “and trying to fall back in love with it. Plus, it’s wildly entertaining!”