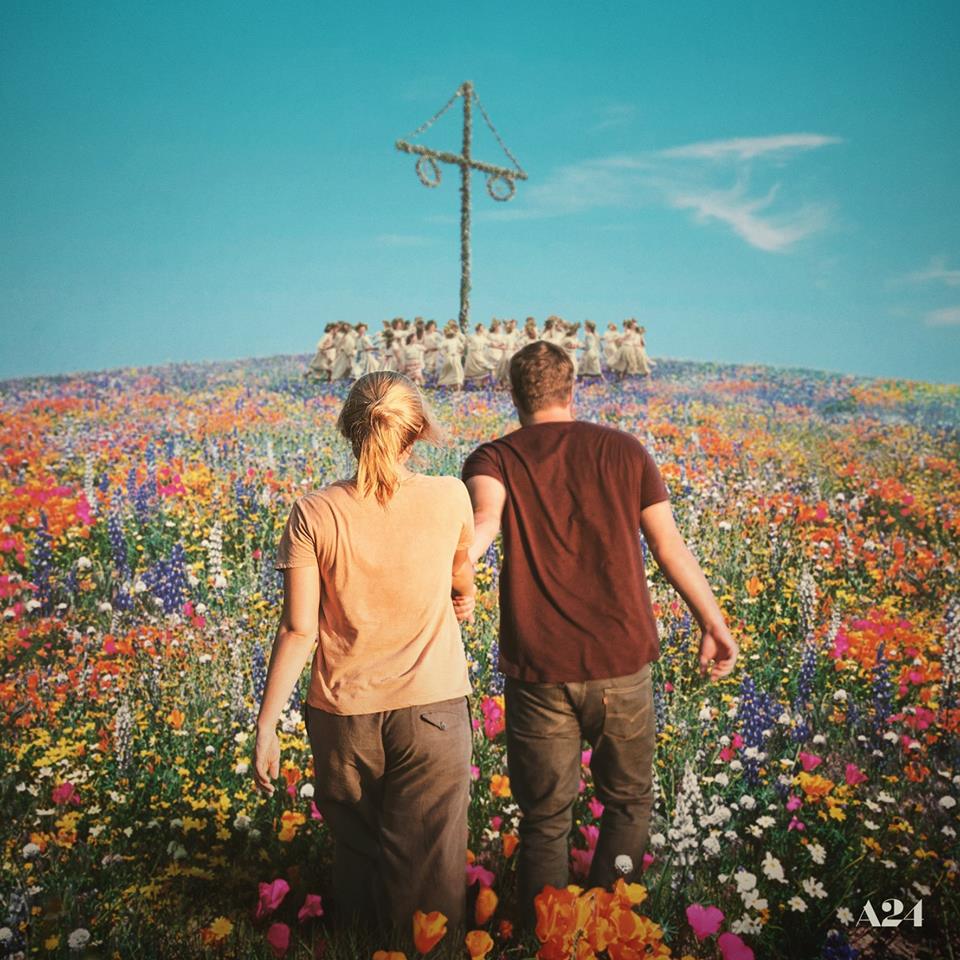 My favorite film of the summer is director Ari Aster’s sophomore film, “Midsommar,” a folk-horror movie in the vein of classic 1973 British horror flick, “The Wickerman.” Without spoiling too much, this is a horror movie that takes place in the sunlight during a Sweddish midsommar festival centered around a group of American grad students. While not heavy on jump scares, this film oozes dread much like Aster’s debut film “Hereditary,” which was released last summer. And for Aster nerds like myself, Amherst Cinema will be screening a special director’s cut of Midsommar on Thursday with an added 20 minutes. Amherst Cinema, 28 Amity St., Amherst. 9 p.m. — Chris Goudreau

Vermont-based Bread & Puppet Theatre will be performing at Easthampton’s Park Hill Orchard in collaboration with Art in the Orchard this Sunday. The theatre troupe will be presenting a staging of “The Diagonal Life Circus,” which according to the ensemble’s director Peter Schumann, “the diagonal life,” is a metaphor for reality and the human condition. “It is our common human fate, the hard-to-sustain-in-between life, neither up nor down that needs to muster all it’s strength to lift itself up and the courage to invent tricks that keep it from falling,” Schumann wrote on the event’s Facebook page. Audience members are encouraged to bring a blanket and wear good shoes. Rain or shine. Park Hill Orchard, 82 Park Hill Rd., Easthampton. 3-5 p.m. —  Dave Eisenstadter

Ken Burns’ newest mega-documentary, on country music, is about to debut, and you can catch an early glimpse this Sunday, Sept. 8 at 7 p.m. at Northampton’s Academy of Music. In an event jointly sponsored by WGBY-TV and Signature Sounds, the Northampton record company, selected previews of the film will be aired along with live performances by country musicians Laura Cantrell, Jim Rooney and various surprise guests. Cantrell, Rooney and Signature Sounds President Jim Olsen will also lead a panel discussion. For tickets, including $20 preferred seating, visit aomtheatre.com and click on the event calendar for Sept. 8; follow the link for buying tickets. Academy of Music, 274 Main St., Northampton. — Steve Pfarrer

Weege & The Wondertwins Birthday Bash at Dream Away Lodge //  SATURDAY

Just a short trek through the hilltowns, through the winding roads of Berkshire County farmlands, down a country road and you will find yourself at the not-so-hidden jewel that is the Dream Away Lodge. This 200-year-old farmhouse — part restaurant, part bar, part music venue and all theater — hosts the lovely Lexi Weege and her wonderful cohort of musical debauchees, Sunny D (Tom Del Negro) on guitar, Big Sal (AJ Del Negro) on bass, the Bondsville Creeper (Nick Ferrara) on guitar, and Candy Brown (Erek Brown) on drums. Weege and the Del Negro twins celebrate their birthdays at this magical lodge. Be a part of its mythology. Bring dancing shoes. Music at 8 p.m. 1342 Country Road, Becket. No cover, but reservations for a table recommended. — Luis Fieldman