Stagestruck: On the Border, and Beyond 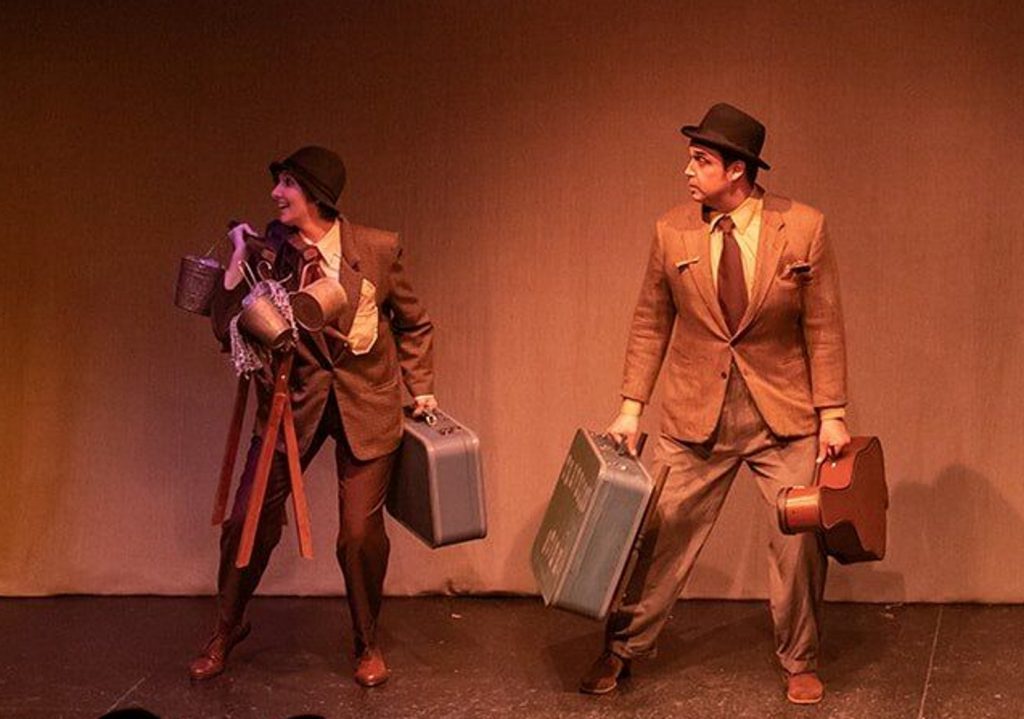 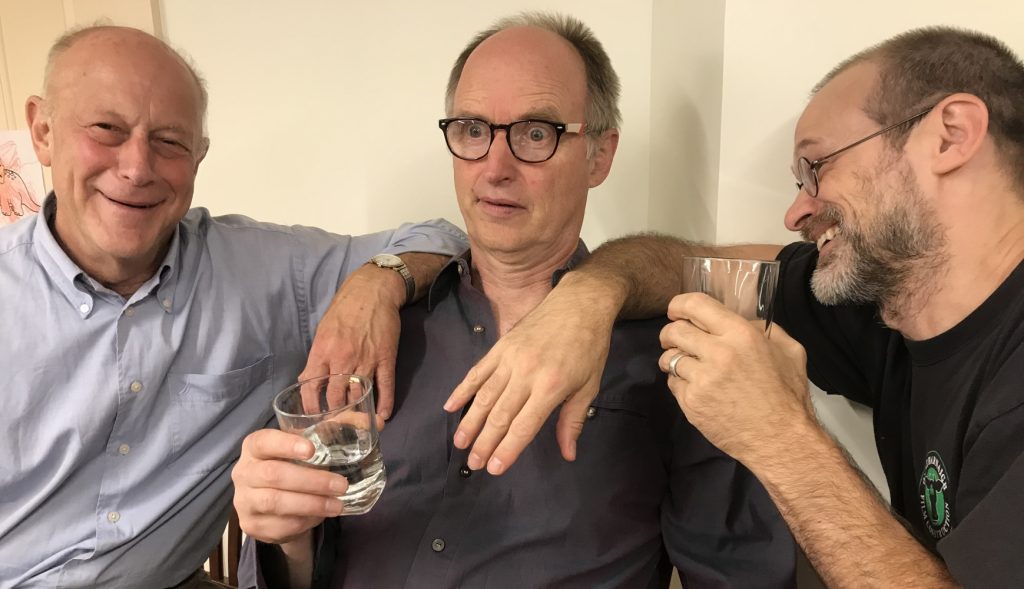 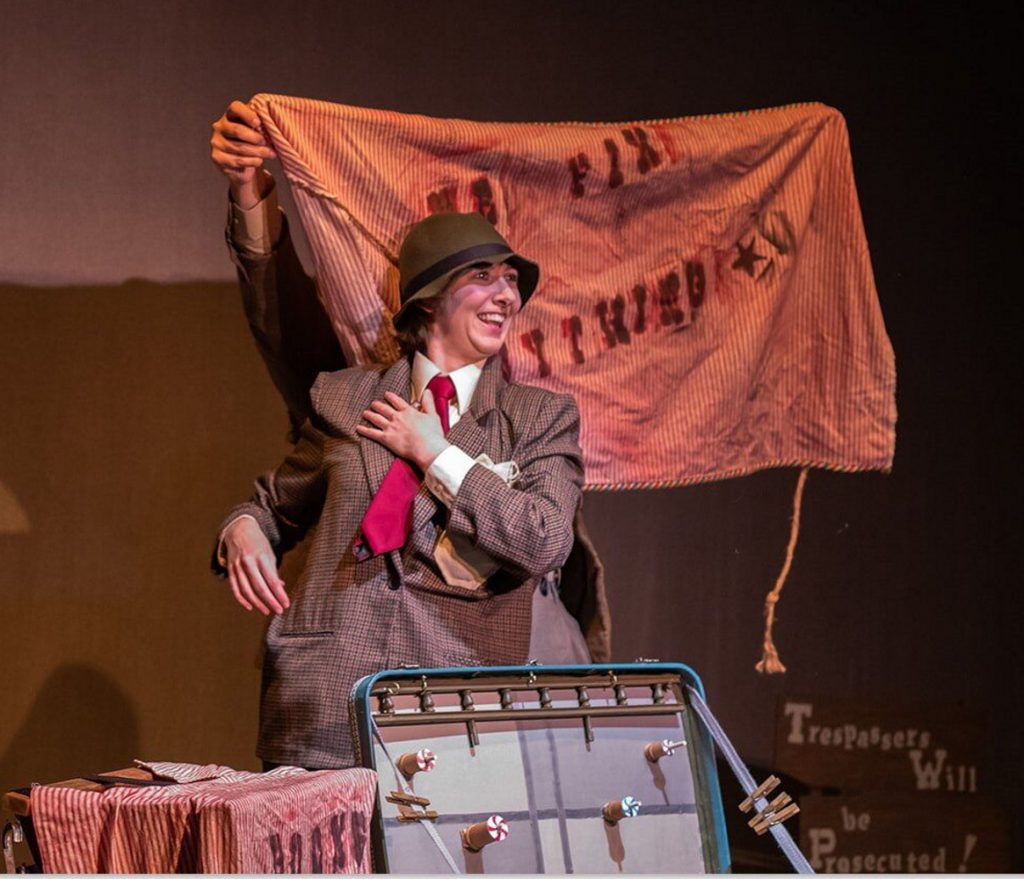 Two shows coming to this area have Mexican echoes. One is a children’s-story allegory of the current border crisis, the other a Mexican dramedy with an international range.

Ropes, by Bárbara Colio, has been performed extensively in Spanish-speaking countries, but the production at Footlights at the Falls in Shelburne Falls is only its second in the U.S. “I saw it in 2016 at the Two River Theatre in New Jersey, and I just belly laughed and sobbed my way through it,” says director and Footlights founder Jackie Walsh. “I’ve been determined to get it here.”

The play’s characters are three brothers, Presley, Paul and Prince, named after their father’s favorite musicians. They haven’t seen their dad since they were kids, when he deserted them to go off and become a world-famous tightrope walker. Now he has summoned them to a distant country to attend his final performance. The brothers set off, bickering their way across the globe in pursuit of their elusive father and just as elusive brotherly bonding. 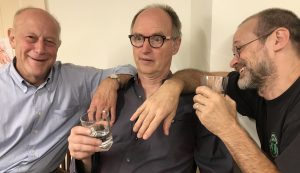 The brothers are played by community actors Marc Kaufmann, Chip Roughton and William Spademan. “The play totally gets siblings,” Walsh says. “The shared history, the knowledge about each other’s quirks, the love, the anger, the annoying things we do. I have three brothers myself – and four sisters – so it’s all really, really familiar and interesting.”

Though Ropes was written in Spanish for a Mexican audience (the English translation is by Maria Alexandria Beech), Walsh emphasizes that it’s intentionally non-specific. “There is nothing that identifies the brothers as coming from any particular place. In fact, I think the playwright had fun making it unclear where they take off from, what countries they have layovers in, where their father’s tightwire walk is. At one point, one of the exasperated brothers says, ‘Where the hell are we?’ and the audience, I think, is wondering the same thing.”

“The Selfish Giant” is a short story by Oscar Wilde, about a giant who builds a high wall around his castle to keep the children from playing in his garden.

“My own garden is my own garden,” said the Giant. “Anyone can understand that, and I will allow nobody to play in it but myself.” So he built a high wall all round it, and put up a notice-board. It said:
TRESPASSERS WILL BE PROSECUTED

New York-based PinPuppets theater company adds a disclaimer to their new adaptation, which begins an East Coast tour this weekend in Brattleboro and Northampton: “This tale was written over 100 years ago. Any resemblance to actual events is purely coincidental.” 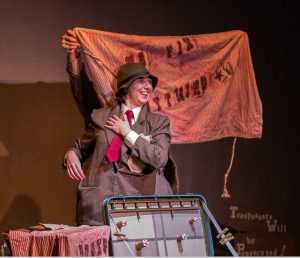 PinPuppets was co-founded in in 2009 by Susannah Dalton Berard, then a recent graduate of PVPA, the Pioneer Valley Performing Arts Charter School. She and co-founder José Ignacio Vivero created and perform this piece. They’ve set it not in the 1800s nor the 2000s, but the 1930s, and not in a giant’s castle but at a border wall, where a pair of Depression-era hucksters pull the story out of a couple of suitcases for an audience of people waiting to cross.

“We strive towards making art relevant to society again by seeking to close the growing gap between art and entertainment,” states the theater’s mission. “This tragic divorce has made art unenjoyable and entertainment hollow, but it’s not too late to pin them back together.”