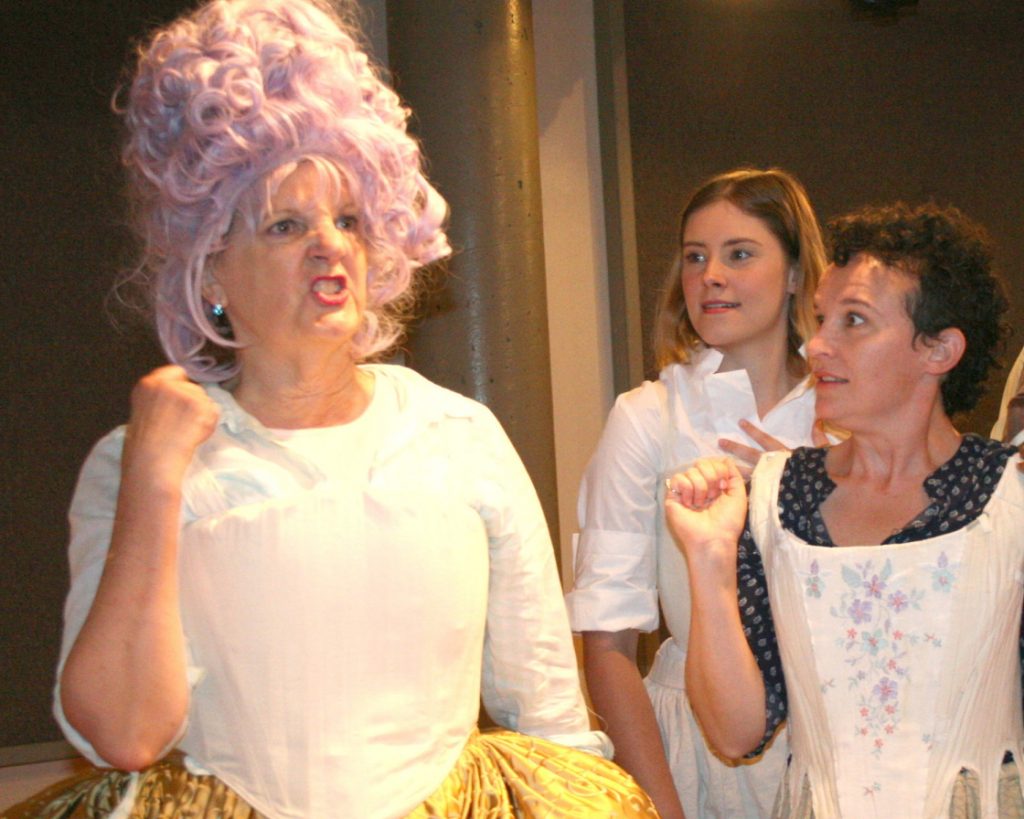 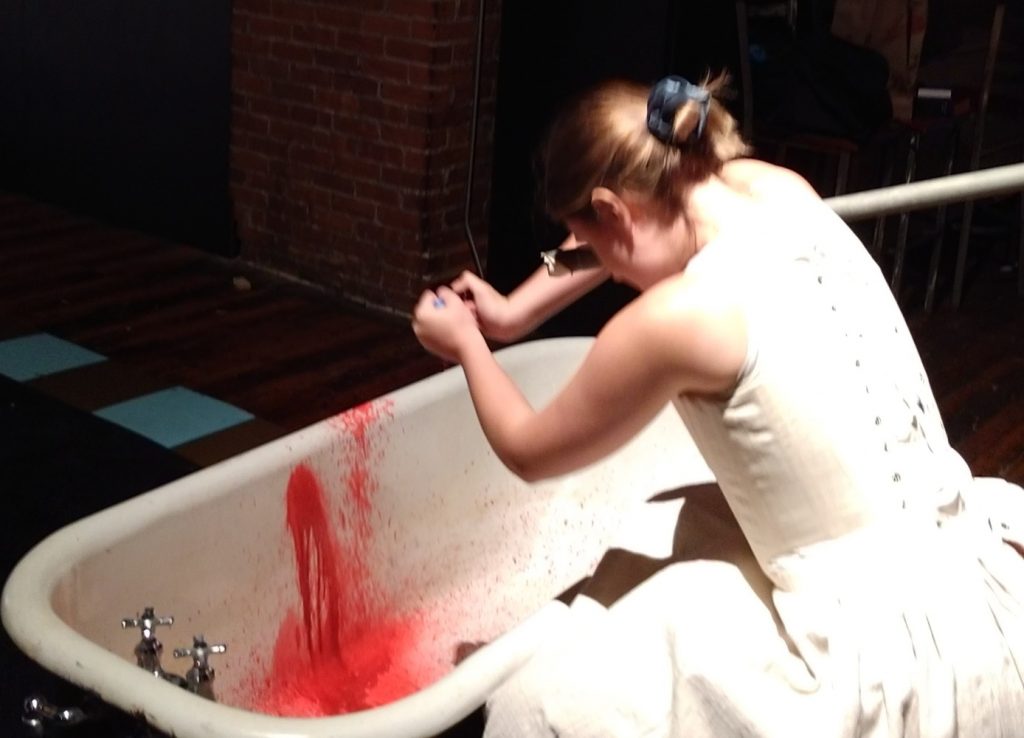 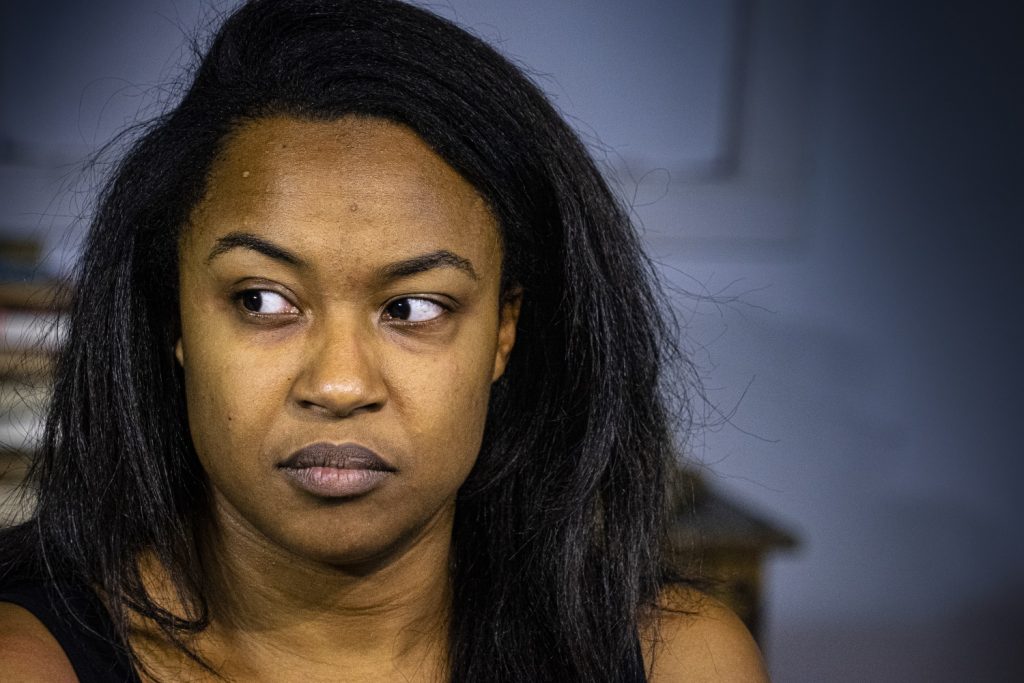 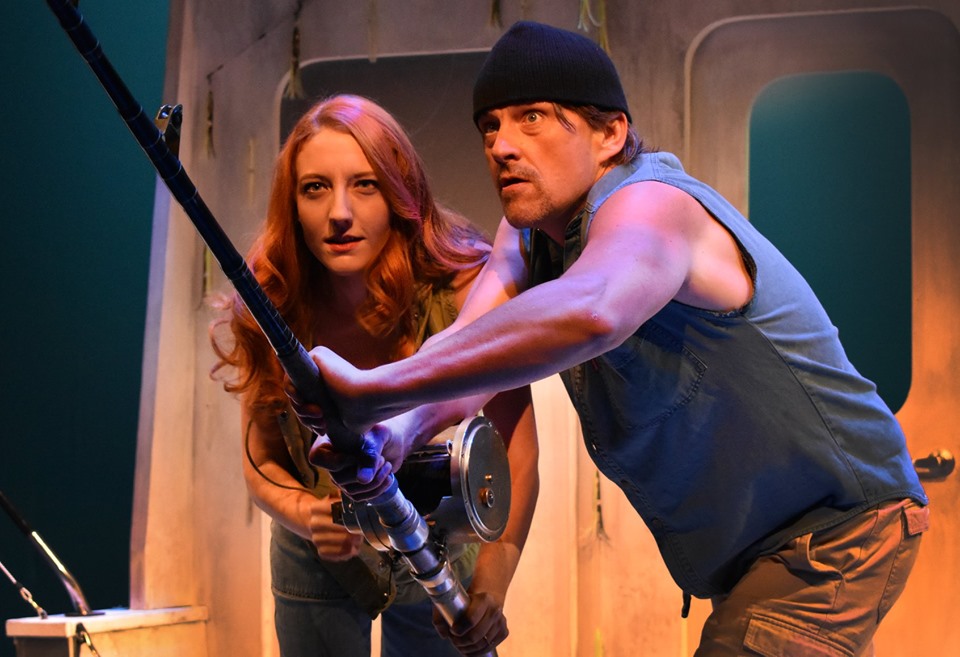 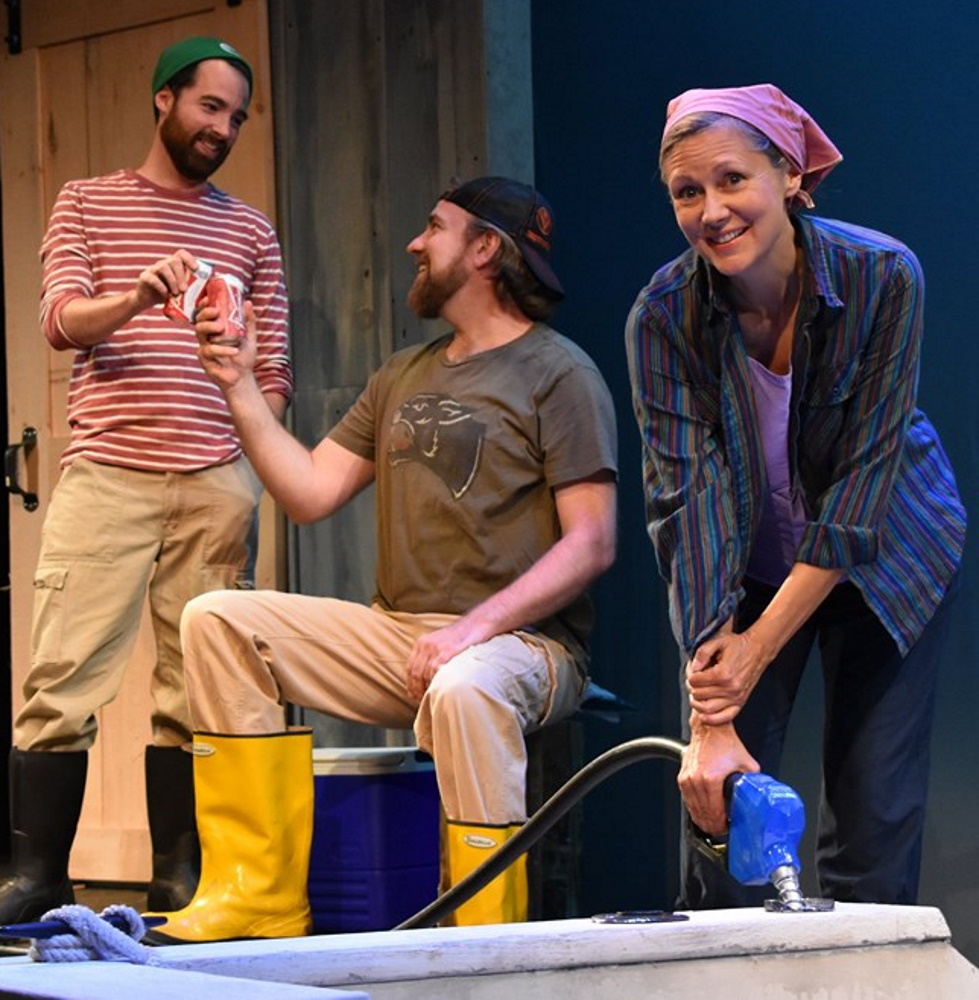 These days it seems you can’t put on a play without your publicity assuring the public it’s going to be funny – no matter what play it is. (“Hamlet, a timeless tragedy with doses of wacky humor.”)

So it might be a little suspect to report that Silverthorne Theater Company’s latest production, a serious-minded play in which four women during the French Revolution are facing the guillotine, is also very funny. 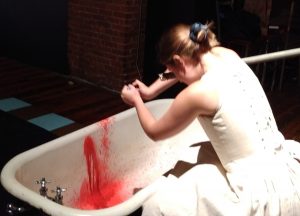 “The first two-thirds of it is hilarious,” confirms director Gina Kaufmann – a laugh-aloud comedy without a happy ending. She’s talking about The Revolutionists, by Lauren Gunderson, who for the past several years has been one of the most-performed playwrights in the country. It plays this weekend and next at the Hawks & Reed Performing Arts Center in Greenfield.

Gunderson calls her play “feminist and intersectional … a universal story told in the hearts and bodies of women. They are all flawed and struggling and tough.” And, she adds, funny. In perilous times, humor is “one of the things that is most brave and badass.”

“Julie is finding the true clown in Marie – big poses,” Kaufmann told me. “I’m being very physical with the production, and Brianna, a Commedia dell-Arte-based actor, is leading the way.” 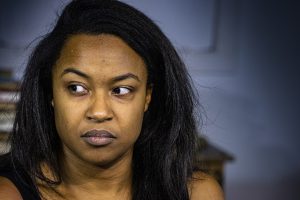 Though the play is set in 1793, during the Reign of Terror (with period costumes by Christina Bean), “it feels like it’s simultaneously happening now,” Kaufmann says. “The language and the issues and the way the comedy works are very contemporary. But keep in mind,” she cautions, “all of these women are under a death sentence.”

Which makes her, and perhaps us, wonder, “What would I die for? All these women choose to stand up for something that they know can get them killed. It’s an inspiring experience to think about that question and have people in front of us who made that choice. And yet, it’s a comedy.”

Jade Schuyler grew up fishing with her family off Cape Cod, and so did the heroine of her play The Tuna Goddess. It premiered last summer on the Cape, and Danny Eaton has now brought it to West Springfield, where it’s running at the Majestic Theater through October 13.

“I was interested because it’s about fishing, which is one of my passions,” Eaton told me before the show opened. He was quick to add, “While fishing is front and center – many of the scenes take place on the boat, either at dock or out to sea – the heart of the story is a daughter’s attempt to reconcile the past: her relationship with her now-dead father and a rekindling of her relationship with her dad’s first mate and her closest friend since childhood. A romance in disguise.” 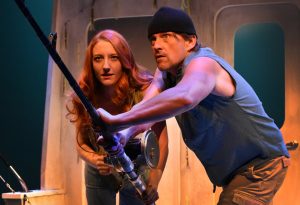 Alexandra (Lexi Langs) has returned to Chatham to claim her inheritance, a half-interest in her father’s tuna boat, the other half of which belongs to that first mate, Pete (Erick Kastel). Their lifelong friendship is put to the test when Alex decides to give up her yuppie life in Boston and return to the sea as Pete’s first mate.

The slow rekindling is observed from dockside by Alex’s kindly but gritty surrogate mom Deb (Cate Damon), plus Sully and Shawn, a Dumb and Dumber pair of beer-swilling yahoos (Tom Dahl and Liam Toner). There are also flashbacks to Alex as a girl (Larkin Fox) on the boat with her dad (Robert H. Clark III) – sunny memories tarnished by a later trauma.

The trajectory of relationships ticks along well in the first half, capped by the funniest, wildest first-act climax I’ve seen in a long time. But act two falls into clichéd plot twists, including a visit from a menacing Boston ex (Noah Tuleja) that just feels like padding. 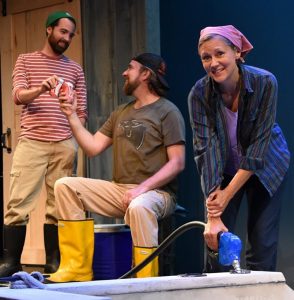 The lead performances are engaging and true, Langs’ Alex gutsy (and at one point gut-emptying, before regaining her sea legs) and Alex Kastel’s Pete the still center of the young woman’s emotional storm. They are well supported in particular by Damon’s sardonic Deb.

But the show’s true co-star is Greg Trochlil’s set, which fits four realistic settings onto the Majestic stage, cannily lit by Daniel D. Rist. Flanked by the dock on one side and a barroom on the other, the family kitchen turns on its axis to reveal the stern of the tuna boat, bristling with enormous rods and reels, with a plastic owl scare-gull atop the wheelhouse.