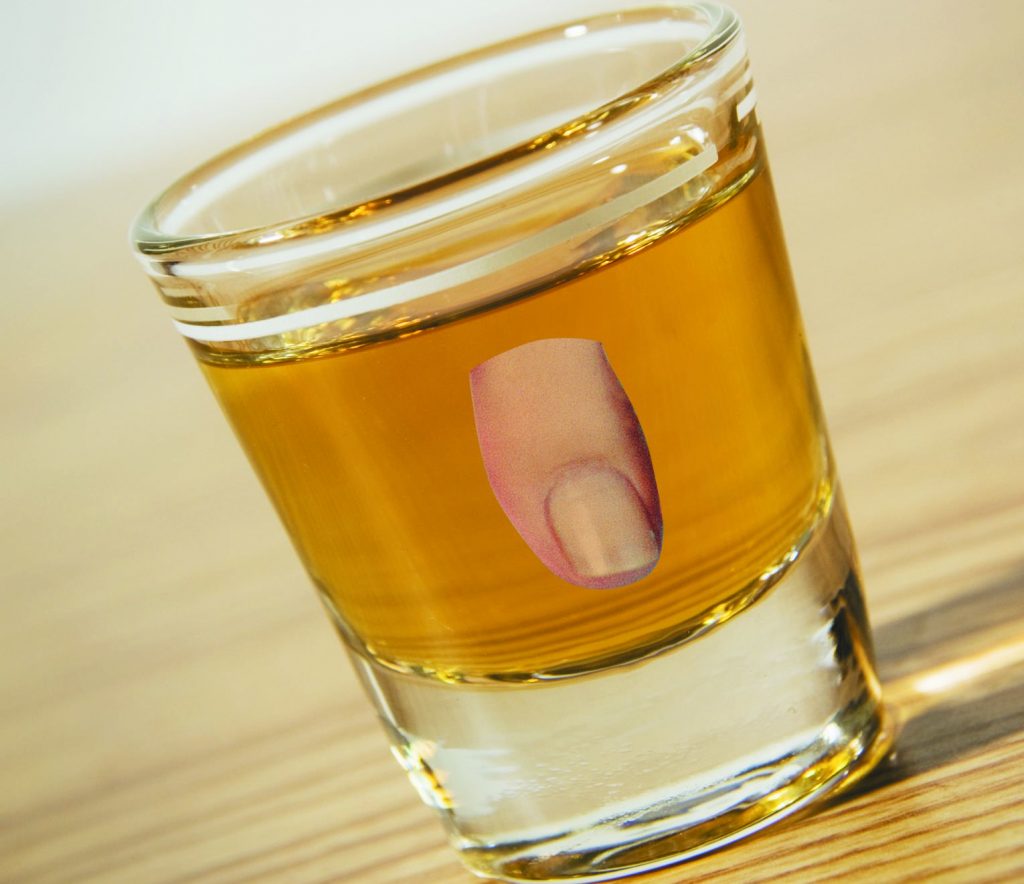 Here’s to your health

A former British Marine became the first person to drink a cocktail using his own mummified toe, after he had lost it to frostbite during a long-distance race in Yukon. Bolton, U.K., resident Nick Griffiths had lost three toes during a 300-mile winter marathon in Canada’s frozen north, but while he was recovering in the hospital, a nurse showed him a video of the “Sourtoe Cocktail Challenge” — a tradition in the Downtown Hotel in Dawson City, Yukon, dating to 1973 in which people drink a shot of whiskey containing a mummified human toe. Griffiths decided to donate his toes to the hotel after learning of a shortage because people had accidentally swallowed or stolen them. Griffiths then returned to the hotel and slugged down a shot of whiskey with one of his ex-toes in it. “It wasn’t as bad as you think,” he told the UK Metro News. “It was more like a lump of ice that anything else.”

A student in Limerick, Ireland, made the most out of a recent “Business Opportunity” sent to him by a “big business banker.” “I know this email will come as a surprise to you but permit me to desire to go into business with you.” The 22-year-old responded to a request for an investment of 1,000 British pounds with a doctored picture of a 50,000-pound transfer. The student claimed that the transaction had failed because the bank thought it was a scam, then told the scammer he should send him a small amount of money so it would go through the next time. The scammer sent 25 pounds, and the student donated the money to charity.

Maine Maritime Academy apparently has a tradition at its football games to fire cannons when the home team scores. It’s a tradition that became complicated last week in a game against Massachusetts Maritime Academy when a Maine Maritime alumnus brought their own cannon to join in the fun. The man loaded his cannon with blackpowder made into a wad and fired it off, hitting a referee, sending him to the hospital with non life threatening injuries. Maine Maritime went on to lose the game 42-21.

An electronic road sign in Seattle that was advising motorists about construction ahead was altered to deliver a more pointed message — one focused on the biggest news story to hit in the last week. Police and transportation officials said someone — evidently a vandal — hacked into the control box of the sign so that it displayed “IMPEACH THE BASTARD” for about two hours. Though it did not mention Donald Trump by name, the message appeared to be directed at him, officials said. The sign was being used by Seattle’s Department of Transportation but belongs to a company called National Barricade, according to The Seattle Times. The message was changed and a new padlock put in place to prevent the sign from being tampered with again.

That’s a big one…

Tropical Storm Imelda hit southeastern Texas last week and Gator Country Adventure park, a local wildlife rescue, found Big Tex, a nearly 14-foot alligator weighing 1,000 pounds was missing, the largest gator ever caught in the Lone Star State. Nearly 40 other alligators were unaccounted for following the flooding that rose above the four-foot fences, allowing the large reptiles to escape by wading out of their designated homes. Jonathan Warner, who leads the Texas parks and Wildlife alligator program, attempted to alleviate any possible apprehension at the prospect of Big Tex roaming free. “These animals are highly acclimated to people and are generally hand fed. They are not wild and will not terrorize people,” he said. Luckily, the massive crawler was found in a retention pond on Gator Country’s 21-acre property.

A couple in Austria who bought a dress online from the Netherlands thought they were making a simple purchase. They were wrong. When the couple opened the large package that arrived in the mail, they found nearly 25,000 small pill-sized discs. A disagreement ensued with the wife believing they were decorative stones and the husband thinking they might be drugs. The post office and police settled the argument and found that there were 24,800 tablets of the party drug ecstasy worth nearly $550,000. The package was accidentally delivered to the couples’ home and was meant to be delivered to Scotland instead. Sounds like a case for Scotland Yard!

He’s got his bag packed

There’s a new driver on the road in Sydney, Australia, who has become a viral internet star. The man drives a motorized suitcase and can be seen in a video rolling down the street. The video shows the man at the side of the road moving slowly atop the motorized personal luggage. The man also wears a bright orange helmet, though hasn’t been identified. But he remains a viral social media hero.

The San Diego Opera received something unusual in the mail recently — a coconut with the building’s address written on it in black and red magic marker. So, naturally, the opera posted a photo of the coconut on its Facebook page, which featured postage stamps and postmarks on it that showed it was from Hawaii. It’s believed that the coconut was mailed from an employee on vacation. But as to whether a two pound bird can carry a five pound coconut, that’s a matter of debate.