Getting Away From The ‘Sea of White Dudes’: Dwellings Festival showcases talented femmes, people of color, and queer people 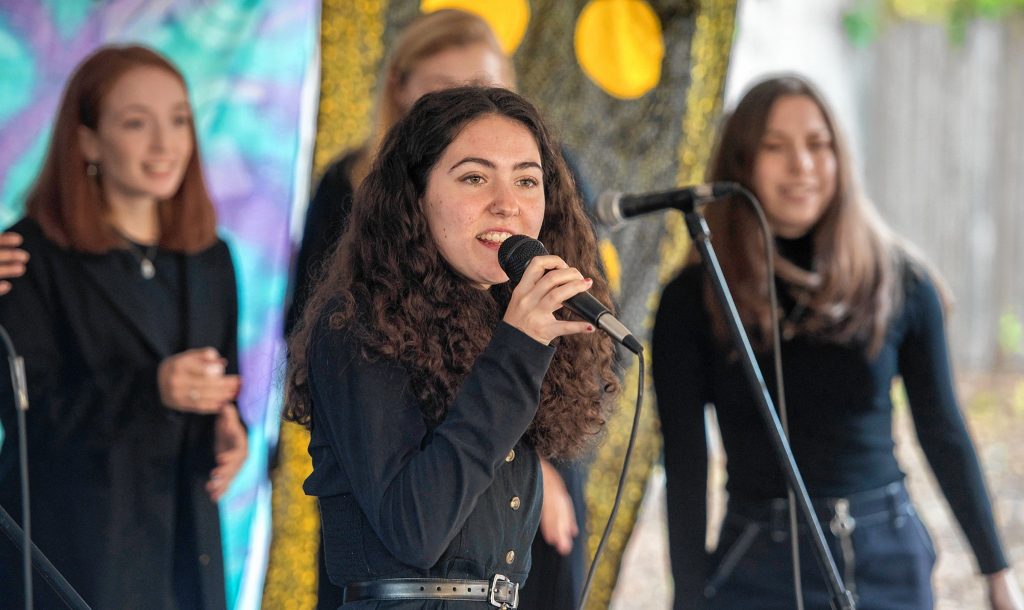 Bella Donovan and the University of Massachusetts a cappella group S#arp Attitude perform “God is a Woman,” by Ariana Grande, during the Dwellings Arts Festival held at the Northampton Center for the Arts on Saturday. 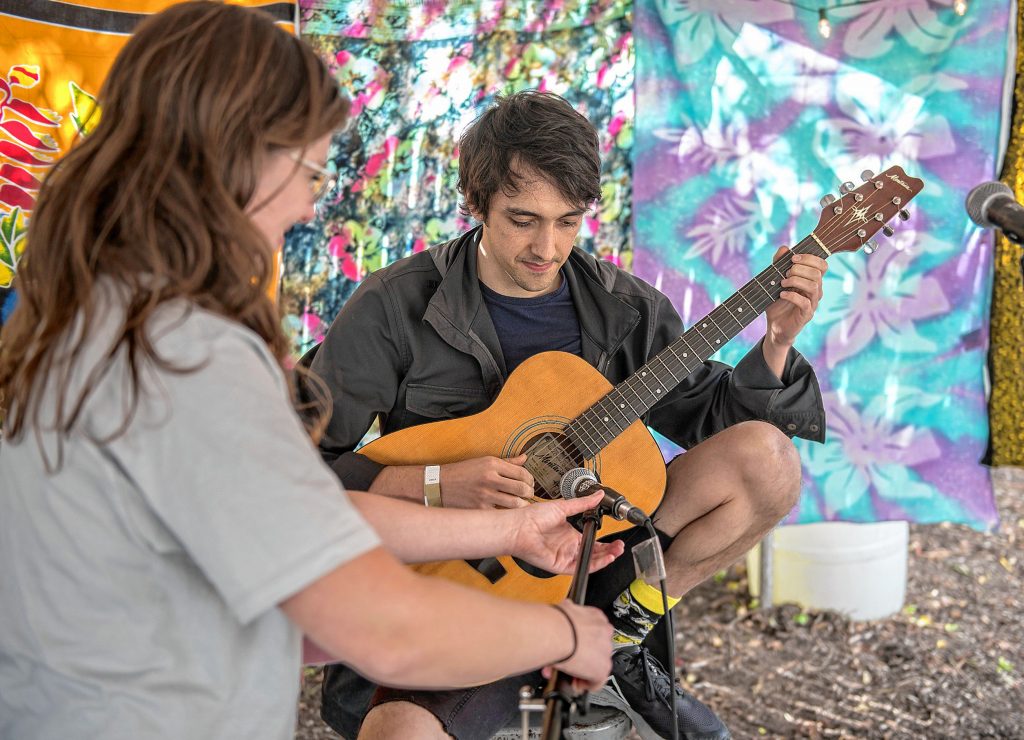 Beth Killian, left, managing the outdoor stage at the Dwellings Arts Festival, helps Matt O'Leary of Holyoke get set up for an early day open mic performance outside the Northampton Center for the Arts on Saturday, Oct. 12, 2019. 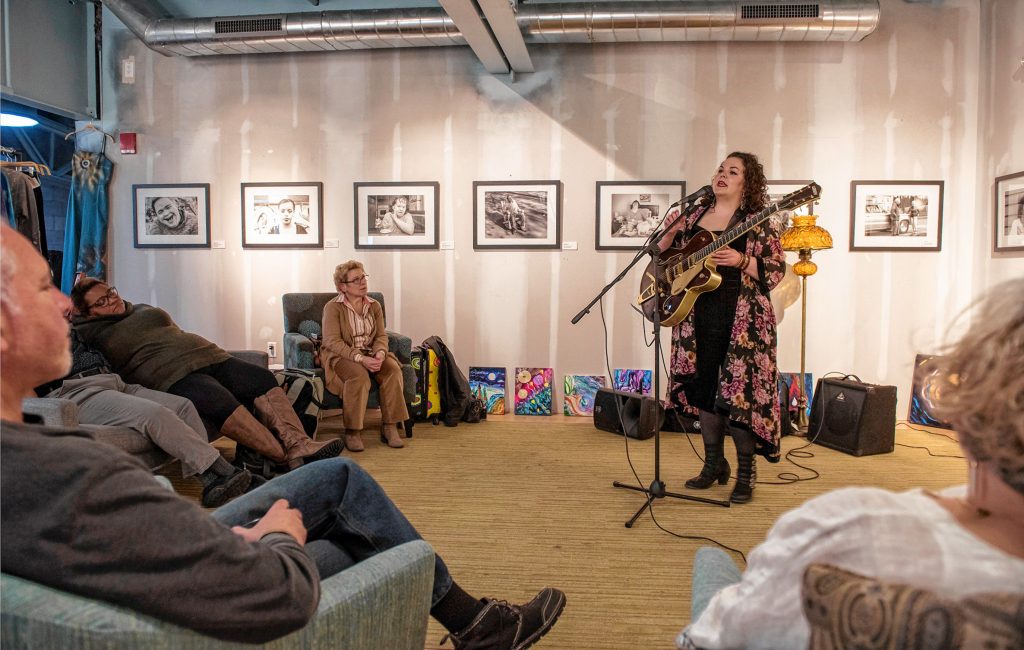 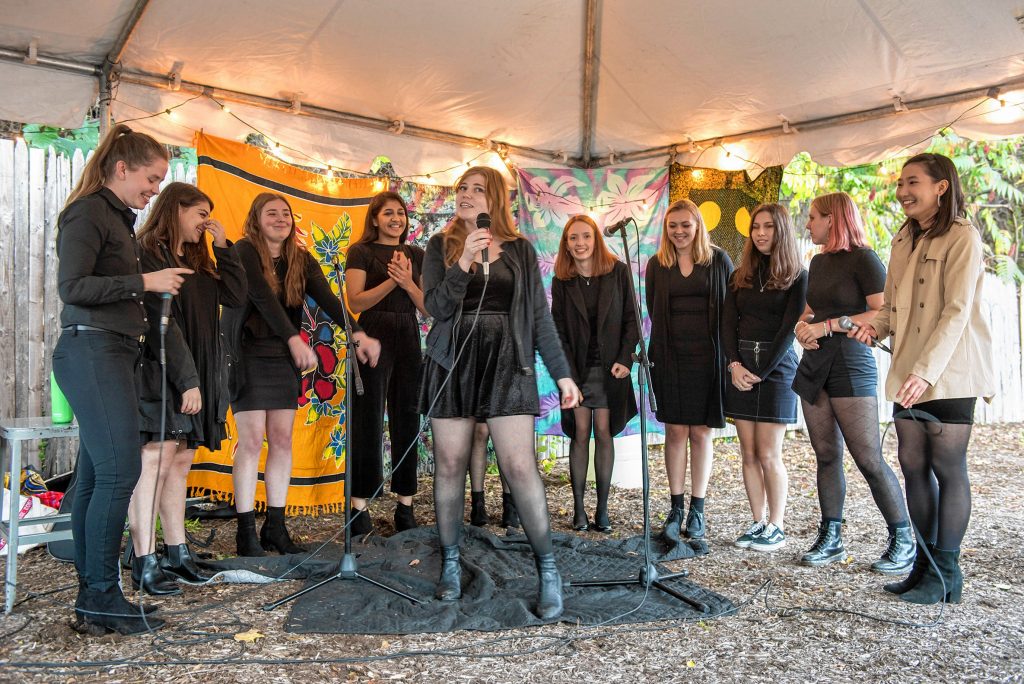 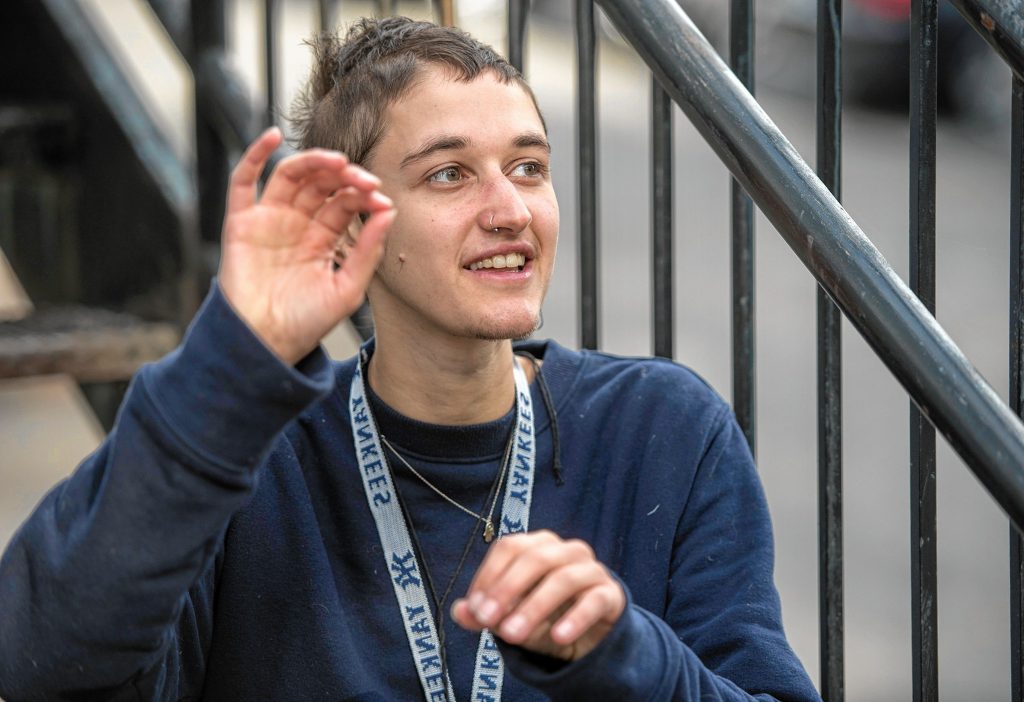 Western Massachusetts-based singer-songwriter Anjali Kumar, talks with the Gazette before a performance with her group Ananda Rose at the Dwellings Arts Festival. 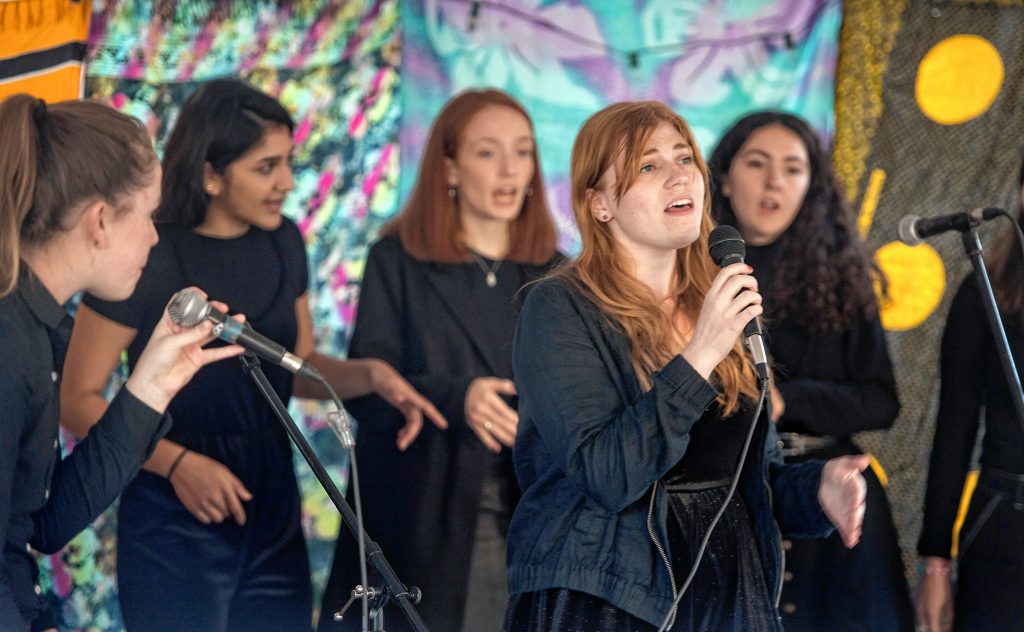 Abigail McDonough and the University of Massachusetts a cappella group S#arp Attitude perform “Alive”, by Sia, during the Dwellings Arts Festival held at the Northampton Center for the Arts on Saturday, Oct. 12, 2019.

The Northampton Center for the Arts became a microcosm of art, poetry, and music for 10 hours on Saturday at the first Dwellings Arts Festival. It also set an example for the organizers’ mission of bringing greater diversity to festival lineups and making venues safer for audience members and performers.

In January, Cait Simpson and Mara Penatzer founded the nonprofit Dwellings to address many of the issues they have encountered in their experiences performing at venues, locally and afar, such as sexual harassment, being short-changed after shows, and seeing a lack of representation of women, people of color and queer performers on bills at festivals. 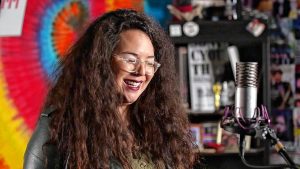 Simpson and Penatzer play as a musical and spoken word duo called Dirty Words and they said the concept of the non-profit began as a conversation between the two of them.

“It’s the idea that we can play a festival and we might not see other women on the bill,” Simpson said. “It might be a sea of white dudes, and not to say they aren’t very talented white dudes, there is also no shortage of talented femmes or people of color or queer people.” 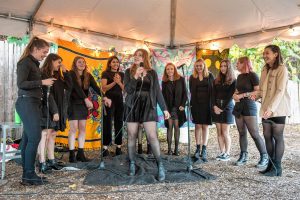 Abigail McDonough, center, takes a solo with the University of Massachusetts’ only all-female-identified a cappella group, S#arp Attitude, during a performance at the Dwellings Arts Festival.

She added, “We really want to contribute to the community we are part of by creating a space that is focused on equity and community.”

There were talented musicians, poets, and colorful vendors’ tables at every turn on Saturday.

On the second floor of the arts center, poets took turns throughout the evening delving into personal prose and striking poetry exploring topics such as womanhood and societal expectations. An open mic outside the venue under a white tent invited audience members to play a participating role in the festive atmosphere.

“Part of Dwellings is creating lineups that you see more types of people on,” Simpson said.

The festival’s program pamphlet also included a code of conduct with definitions for sexual harassment, workplace, and consent; promoted ways to address any forms of harassment if they were to arise by creating mechanisms and protocols to report incidents; a call to action for local venues and presenters to post visible codes of conduct, provide non-binary bathroom spaces (which Dwellings did), and review sexual harassment policies with patrons and staff, among other actions. 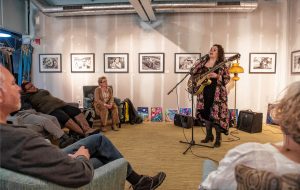 Diana Alvarez performs in the intimate space of the mezzanine stage at the Northampton Center for the Arts during the Dwellings Arts Festival held Saturday, Oct. 12, 2019. After her set, Alvarez offered a workshop, “Practices of Women and Nonbinary and Genderqueer Artists of Color”.

Flipping through a notebook filled with neatly written stanzas, Mishie Serrano delivered poetry in a confident and rhythmic voice, telling audience members, “I am here to remind you you have have not yet healed.”

A goal of Dwellings is to create spaces where performers can feel comfortable and safe enough to show vulnerability, according to Penatzer. And it showed. Serrano’s subsequent poems were meditations on sacrifice, suffering, identity, and her experience as a woman in America. A memorable line she recited with a stinging sharpness: “Society’s orchestra of, well what were you wearing? My attacker didn’t care about my graphic tee.”

The festival also included workshops such as “Locating Me: Understanding the Self Through Reflexive Writing and Performative Narrative” and “Practices of Women and Nonbinary and Genderqueer Artists of Color.”

A group of young activists from the Springfield Renaissance School hosted a workshop on “Juggling the Identity of Part-Time Activist, Full-Time High School Snowflake,” where members Janiaé Brown, Adia Samba-Quee, and Karina Rosado engaged with a small audience about calling out harmful behavior when spotted.

“Be clear in naming behavior deemed harmful,” Brown said. “It’s good for anyone at any age to be able to identify behavior and know how to respond to it. I know how difficult it can be to speak up, but know you are not alone.”

Blizzard, the student activist group (so named because they are “snowflakes”), formed last year and Rosada said they are aiming to starti conversations about race at their school, both with pupils and administration, in similar workshops.

Anjali Kumar, a musician who performed as Ananda Luna at Dwellings, has spent the past several months touring Europe and the United States and said it is important to create spaces that let people from all backgrounds feel welcomed. 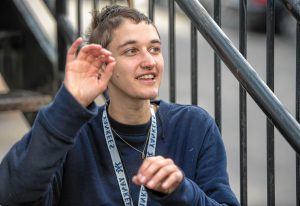 Western Massachusetts-based singer-songwriter Anjali Kumar, talks with the Gazette before a performance with her group Ananda Luna at the Dwellings Arts Festival.

“I remember bringing some friends to house shows and they were black or brown and they wanted to leave after 10 minutes because they felt really uncomfortable,” said Kumar, who studied at Smith College. “They were mad at me for bringing them into that space where they felt totally isolated.”

She said creating spaces that promote artists from underrepresented groups is essential to their artistic development, and in turn, would make people from different backgrounds feel more welcomed at shows.

“We all needed to start somewhere,” Kumar said. “We needed those angels along the way who gave us the space and Dwellings is doing that.”

Luis Fieldman can be reached at lfieldman@valleyadvocate.com