Stagestruck: Live from London, in Amherst 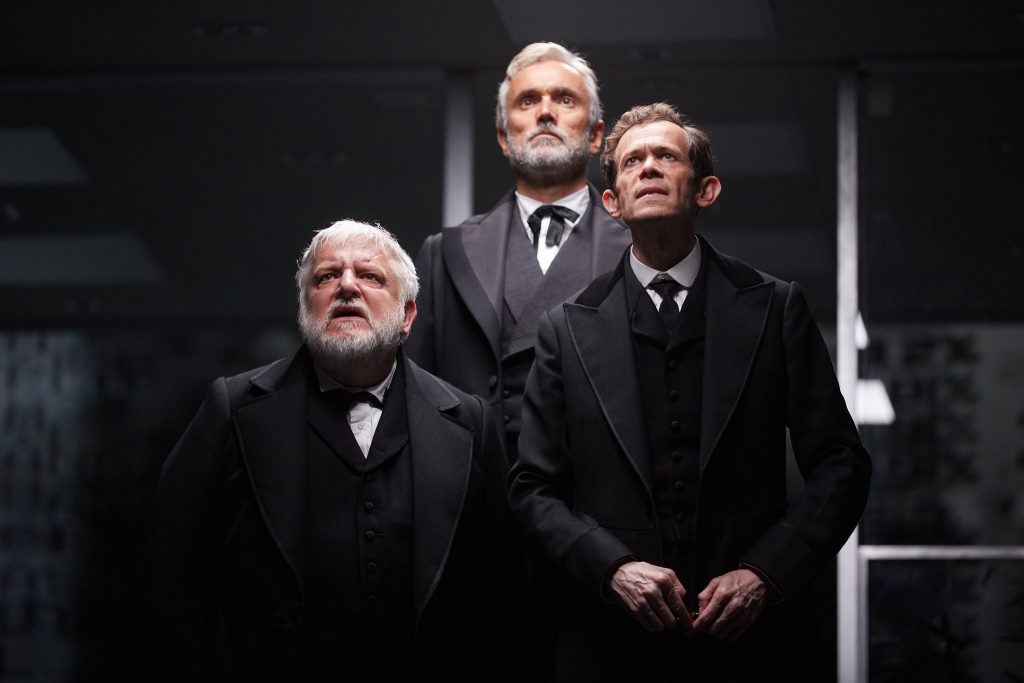 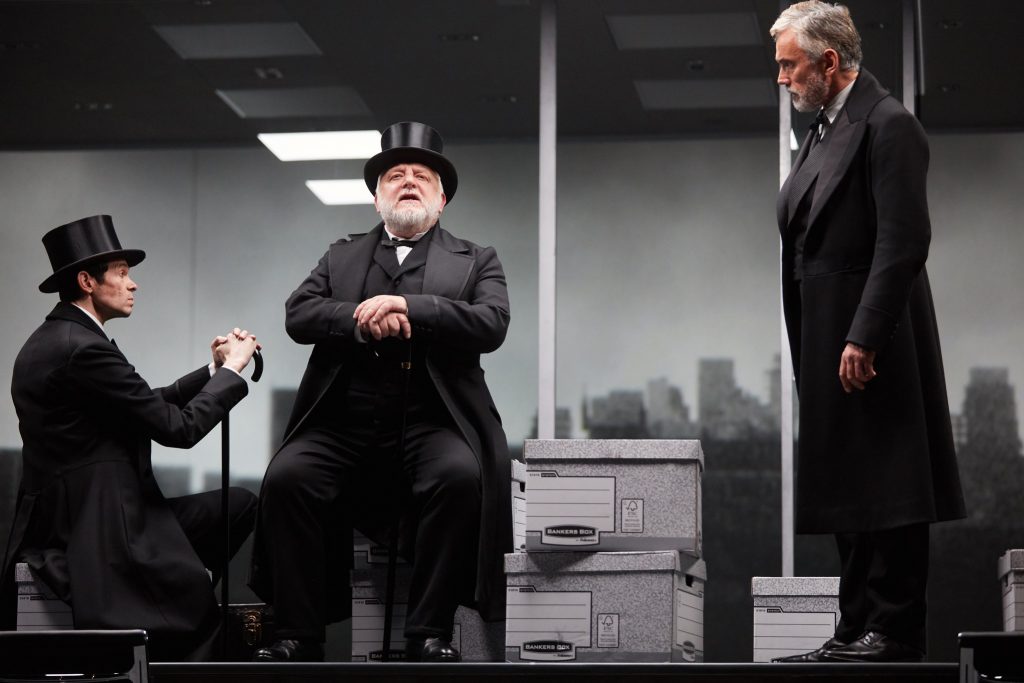 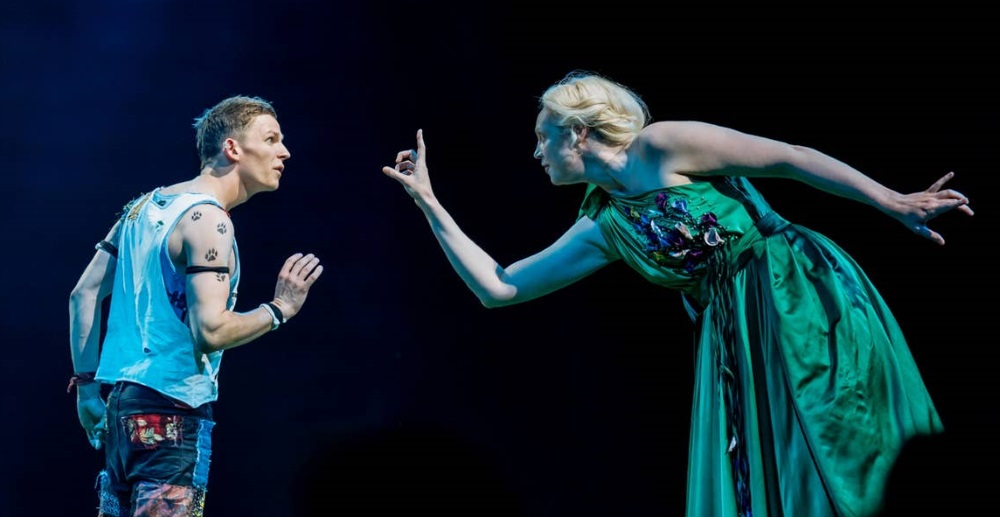 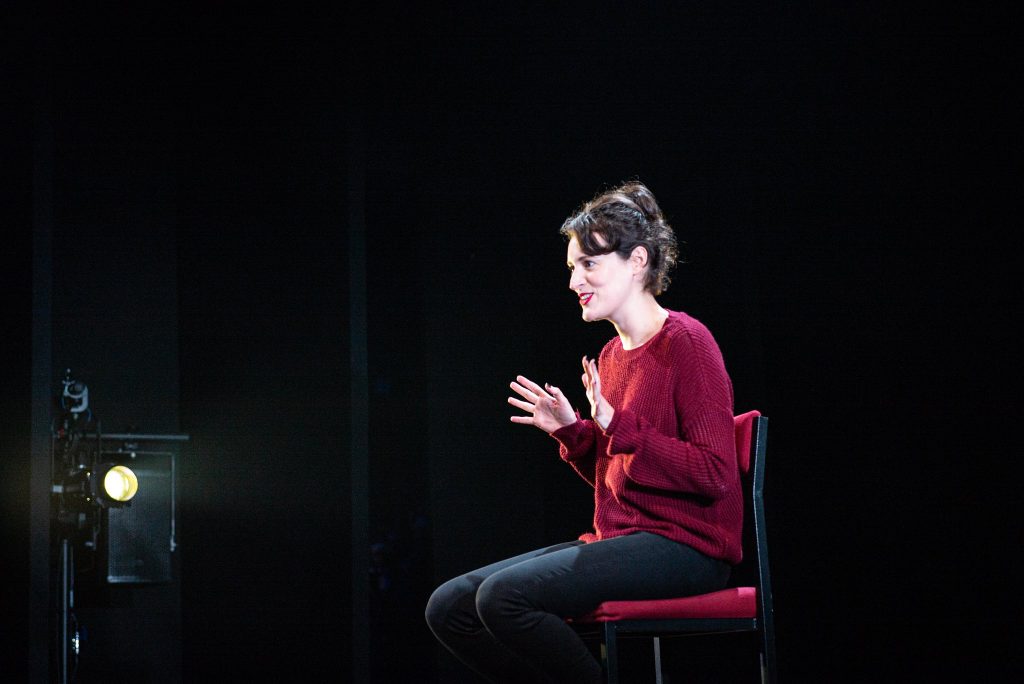 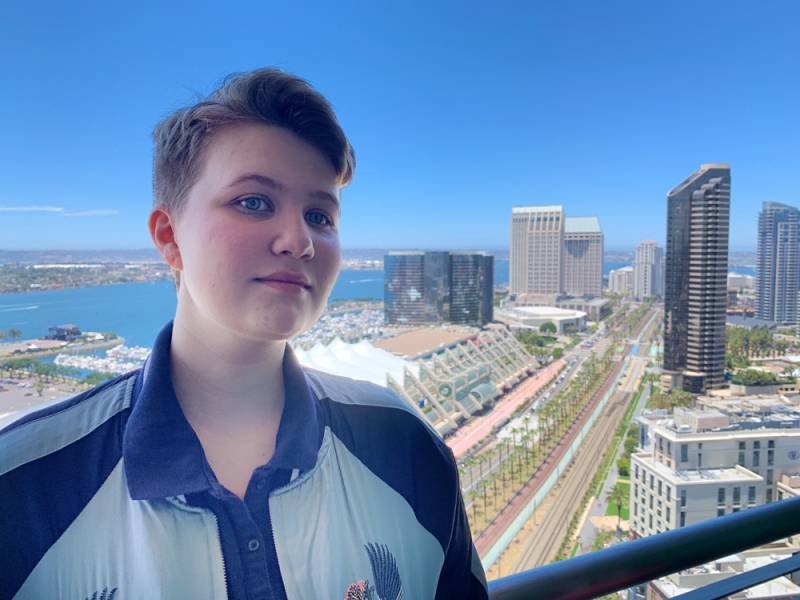 National Theatre Live began its eleventh season this month and the Amherst Cinema has been there from the start, screening live-capture HD broadcasts from the London stage. First up is a transgressive, immersive Shakespeare (Oct. 19 & 30). That’s followed by The Lehman Trilogy, the wildly applauded three-actor epic about the rise and rise and fall of a financial empire (Oct. 26, with an encore in January). Then, November 9 and 13, the original stage version of Fleabag, Phoebe Waller-Bridge’s one-woman show, now a hit TV series.

I saw A Midsummer Night’s Dream last summer at the Bridge Theatre, Nicholas Hytner’s new company, just along Thameside from the National Theatre, where he was formerly artistic director. It’s staged in a dark, bare expanse, with mini-stages rising from the floor and surrounded by the audience, who first become the citizens of Athens and then the denizens of the magic forest, up-close observers of the swirling action. 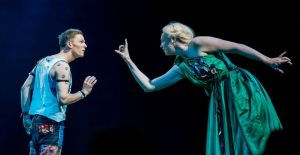 The play’s sexual politics are juiced up here, including a witty gender swap. In the conflict between the fairy king and queen, Oberon’s and Titania’s lines are switched, reversing the power dynamic. So the mischief-making Puck (here, a sneering punk) is now Titania’s to command, and it’s Oberon who awakens under a spell to fall in love with – a man. The unexpected gay love-match draws some of the evening’s biggest laughs, and in a production so eclectically jokey, we’re surely invited to catch the double meanings in a fellow named Bottom becoming the lover of the fairy king.

The Lehman Trilogy was the unlikeliest hit of the past season, in New York as well as London. The original five-hour marathon, by Italian dramatist Stefano Massi, was trimmed to a three-course 180 minutes by Ben Power for last year’s debut at the National Theatre. The director is Sam Mendes, the protean auteur whose credits range from two Bond movies with Daniel Craig to King Lear at the National with Simon Russell Beale. 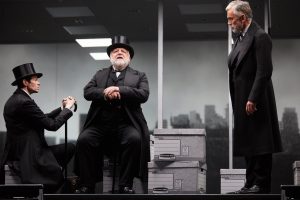 Beale is one of the three actors who portray several generations of Lehman brothers, from their arrival from Bavaria in 1844 to the spectacular collapse, in the crash of 2008, of the financial-services institution they founded. His younger brothers are played by Adam Godley and Ben Miles, both of their faces familiar from the PBS Britscape.

The trio also become countless other characters in a sweeping history of enterprise and accumulation in America, grounded in family but encompassing multitudes, which the Times called “three of the most virtuosic performances you’re ever likely to see.”

After a sold-out run at the Park Avenue Armory this year, the production will move to Broadway in the spring. I’m guessing tickets will be cheaper, and the view better, in Amherst.

First, Fleabag was a monologue at the Edinburgh Fringe that became a runaway hit. Then the BBC sitcom (also on Amazon Prime) fleshed out Phoebe Waller-Bridge’s boundary-crossing performance with live characters and became a runaway hit. Then last year its creator/star reprised the original Off-Broadway, followed this summer in the West End, where it was a sold-out hit and was captured for NT Live. 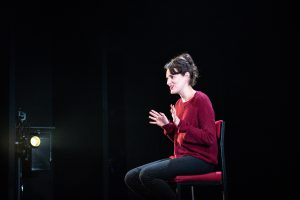 Fleabag, if you don’t know, is both the nickname of Waller-Bridge’s character and an accurate description of the woman’s self-image. She’s a single thirtysomething Londoner with no filter, a voracious sexual appetite, a wry disdain for most of her partners, an upright sister and a dead best friend, and a grief-mottled anger at her situation and herself: “I have a horrible feeling that I’m a greedy, perverted, selfish, apathetic, cynical, depraved, morally bankrupt woman who can’t even call herself a feminist,” she moans — in a setup for a punchline.

It’s scabrous, sad, and as the New Yorker put it, “legitimately hilarious.” On TV the camera is Fleabag’s confidante, as she turns toward the lens to drop a wink or a wisecrack; on stage the confidante is us. The Independent’s critic asked and answered the obvious question: “Is it worth seeing it live if you’ve loved the TV show? For sure.”

One of my all-time favorite NT Live experiences was The Curious Incident of the Dog in the Night-time, a daring stage version of Mark Haddon’s extraordinary best-seller. Next week the play opens at Smith College with a rather daring move of its own. The play revolves around 15-year-old Christopher, who’s on the autism spectrum, highly intelligent but lost like Alice in a baffling, intimidating world. What begins with a Sherlockian mission to solve the murder of a neighborhood dog leads to an epic quest through terrifying dangers. 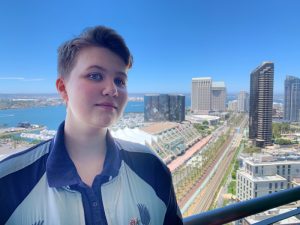 In Ellen W. Kaplan’s production, running two weekends from Oct. 25, Christopher is played by Smith sophomore Sunshine Schneider, who like the character is “a person with autism navigating a neuro-typical world.” Members of Smith’s Disability Alliance have been involved in the production, and the stage design is inspired by artists with autism. In an interview in the college’s newsletter, Schneider said, “Especially when compared to other portrayals of people with autism — like in the movie Rainman, which really is a caricature — I think this play is a lot less tone deaf.”