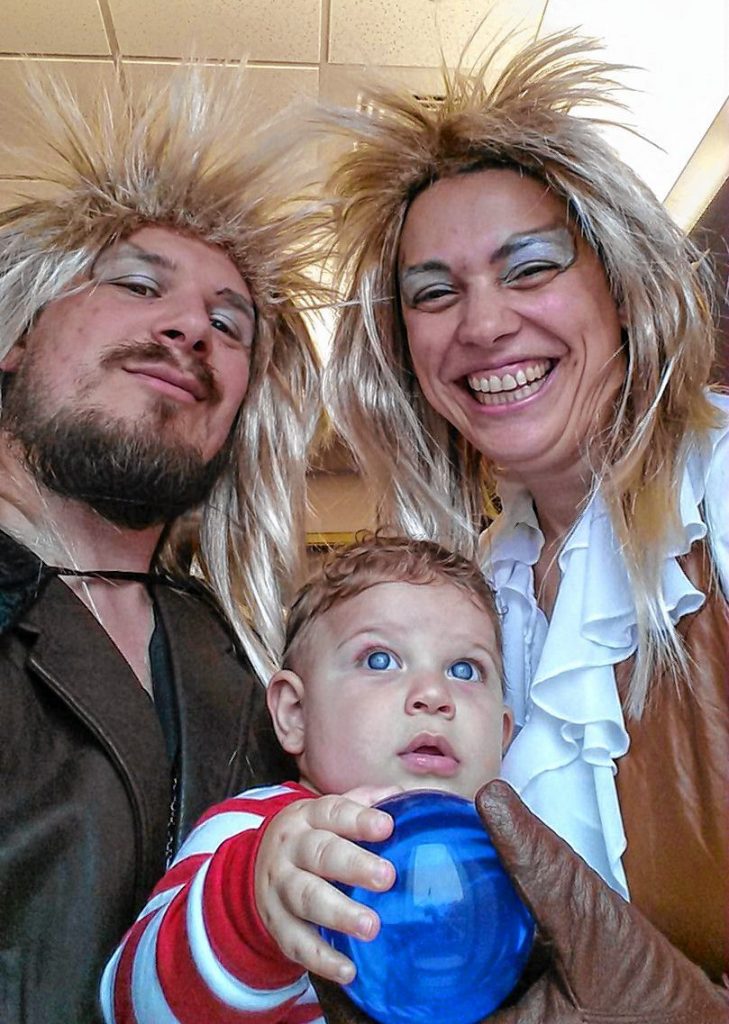 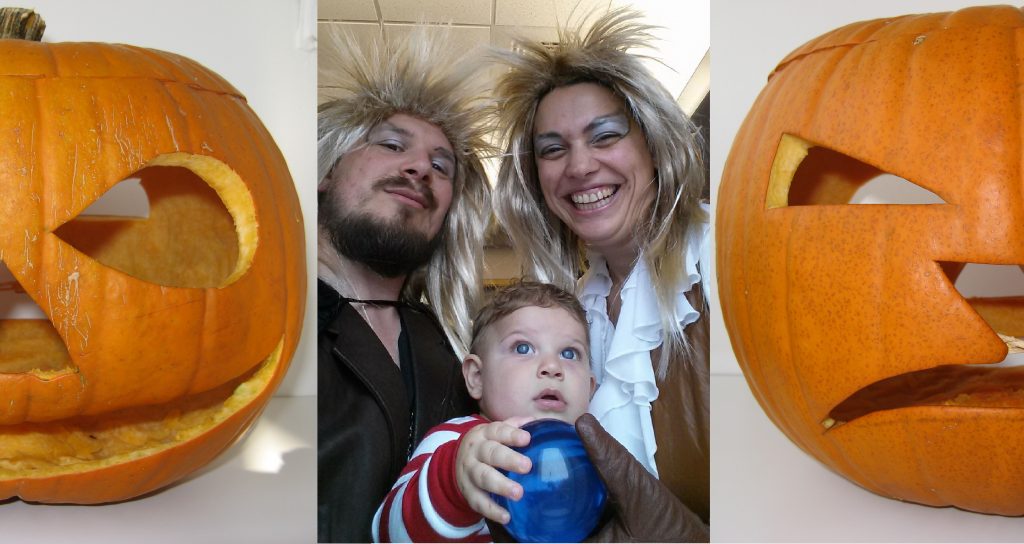 There’s no getting around it. Halloween is a strange holiday, and it gets stranger the older you get. As a kid, it’s all about heaping an enormous haul of candy any way you can, and hopefully not getting stuck with a dorky costume. Getting slightly older, the prospect of trying to frighten people or be scared yourself is added to the mix. Then another twist — as years pass and trick-or-treating and candy get left behind, Halloween turns into an excuse for sexualized costumes and binge drinking.

And then you become a parent, and things get even more complicated.

You spend most of the year trying to keep candy out of your kid’s mouth and to be careful by the road, and then comes this holiday when suddenly we’re encouraging them to load up on candy and to be out and about at night. 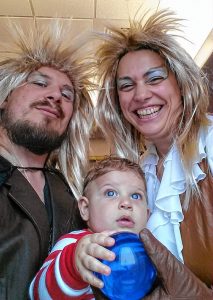 We could not agree on who would get to be Bowie.

Thankfully, at two years old, my child isn’t all that aware of what Halloween is yet and is mostly along for the ride as my wife and I decide how much we want to participate ourselves. Dressing him up the first couple of years and marching in baby parades was something cute to try — his first year he played the part of baby Toby from the movie Labyrinth as both my wife and I dressed up as David Bowie’s Goblin King, and the next year he was a donut as we dressed as Great British Bake Off judges Paul and Mary.

But as he’s gotten older, more forceful in his own personality, and, honestly, harder to manage, we’re struggling with what to dress him up as this year, if anything at all.

One idea was to dress him as a character from his favorite movie — Pixar’s Coco, which is on theme being about the Day of the Dead in Mexico. But as was quickly pointed out to me, such a costume could easily fall into the category of cultural appropriation.

At first I pushed back against this — he likes the movie and the characters, so why shouldn’t he be encouraged to have that be his costume. But the more I thought about the position I was taking, the less comfortable I felt about it. We’ve seen in the news the hurt that major modern politicians donning blackface (Virginia Gov. Ralph Northam) and brownface (Canadian Prime Minister Justin Trudeau) have caused. I thought a bit about the weirdness I might feel seeing kids walk around as exaggerated caricatures of Jews. Avoiding hurtful costumes is a small price to pay to be good neighbors and community members in an accepting place.

Other ideas — he’s been obsessed with an album from local kids’ musician Snackbeard the singing pirate, so what about a snack-themed singing pirate? He’s also been into birds and sea creatures lately — perhaps a seagull, puffin, or seal?

Last weekend, we took him to one of the pop-up Halloween shops to look for a costume to see what would happen. We showed him pirate hats and fish scales, Toy Story outfits, and wigs, but he wasn’t interested in much of any of it. Much more exciting was stepping on the spots that would animate the spooky light-up mannequins or walking through the enclosed tunnel where it looks like a shark attacks you.

Rather than forcing a costume on him to take him around to collect candy we probably won’t even allow him to eat, we might skip fright night this year. There’s lots of time for him to experience and enjoy the many iterations of Halloween. At the risk of being a Halloween humbug, we may limit our celebrations to a couple of rides on Look Park’s haunted train.