Stagestruck: Women in the Lead 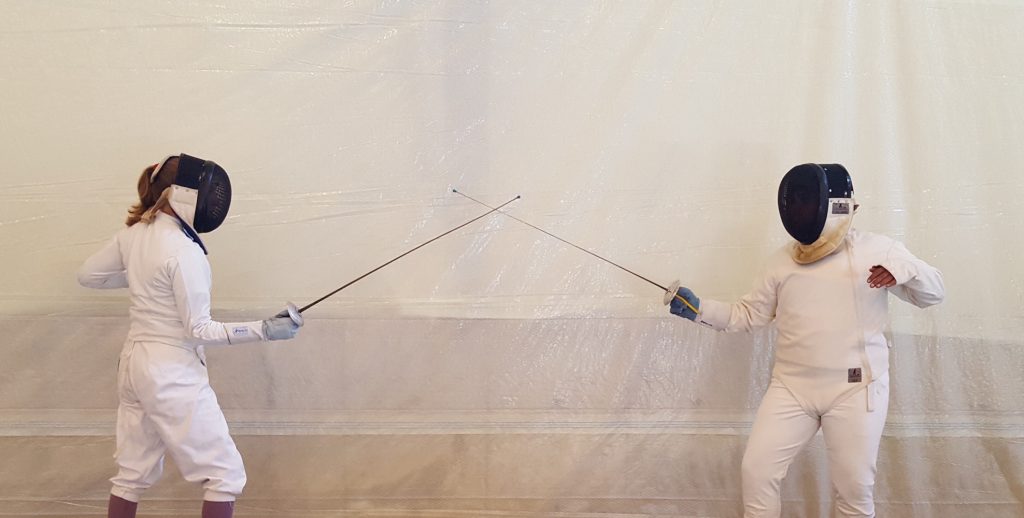 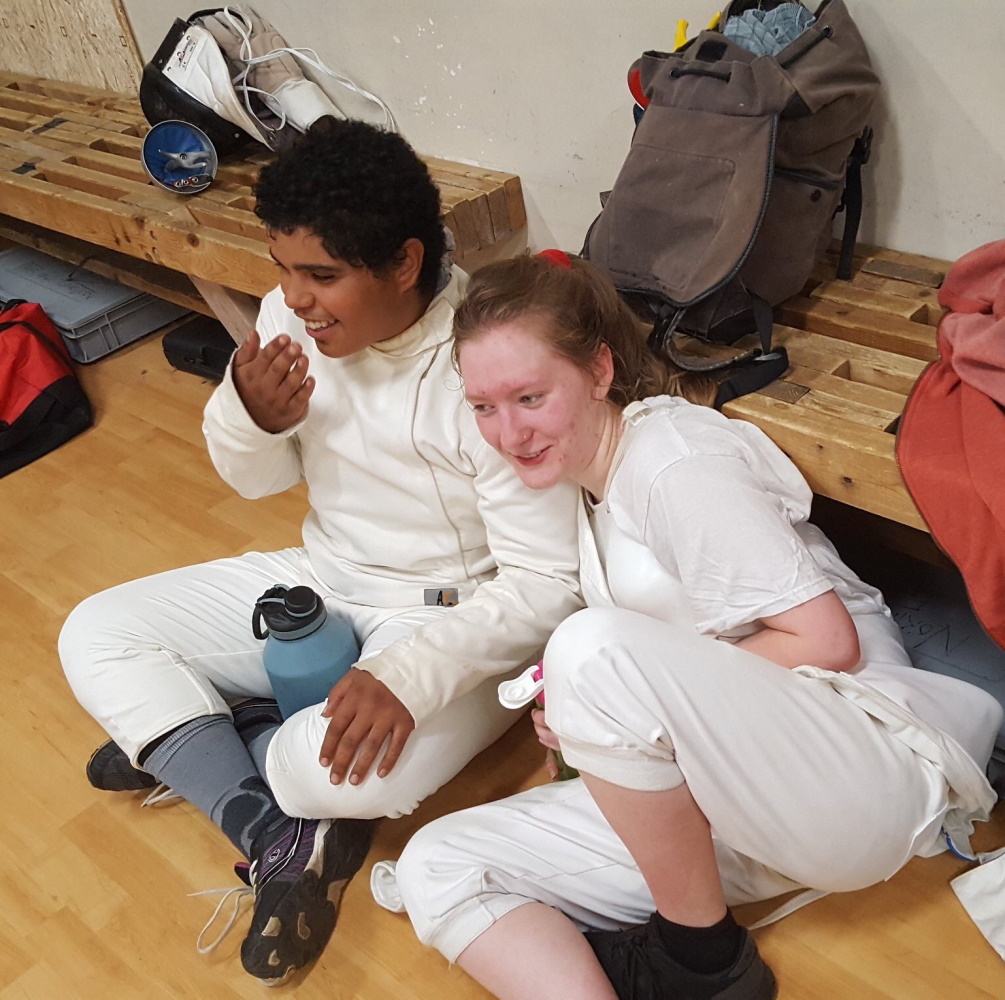 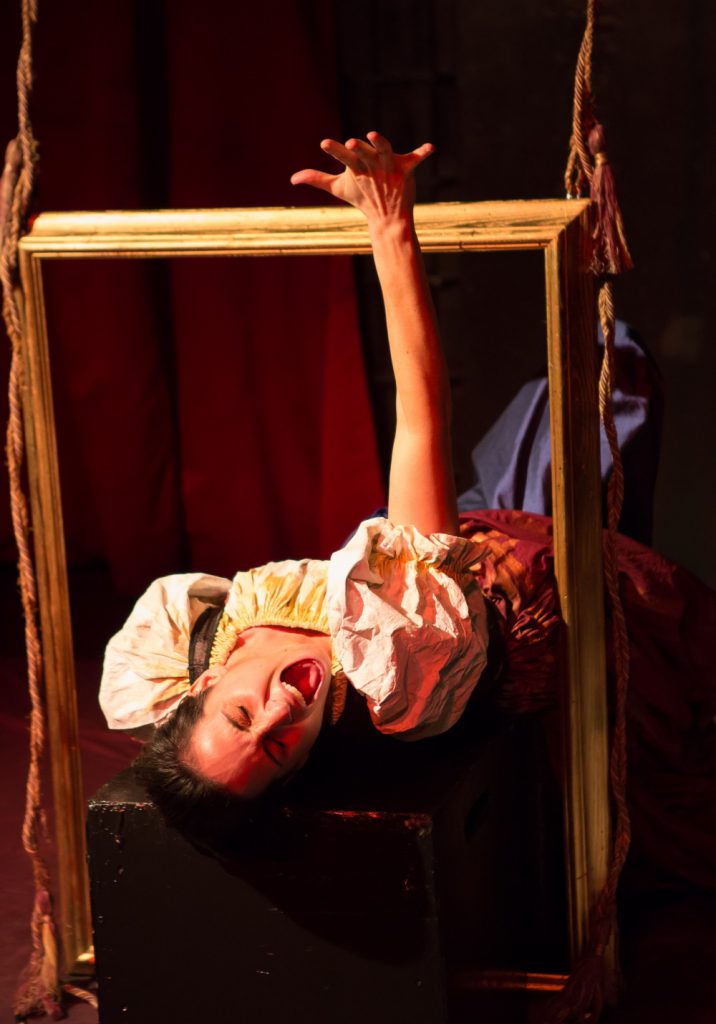 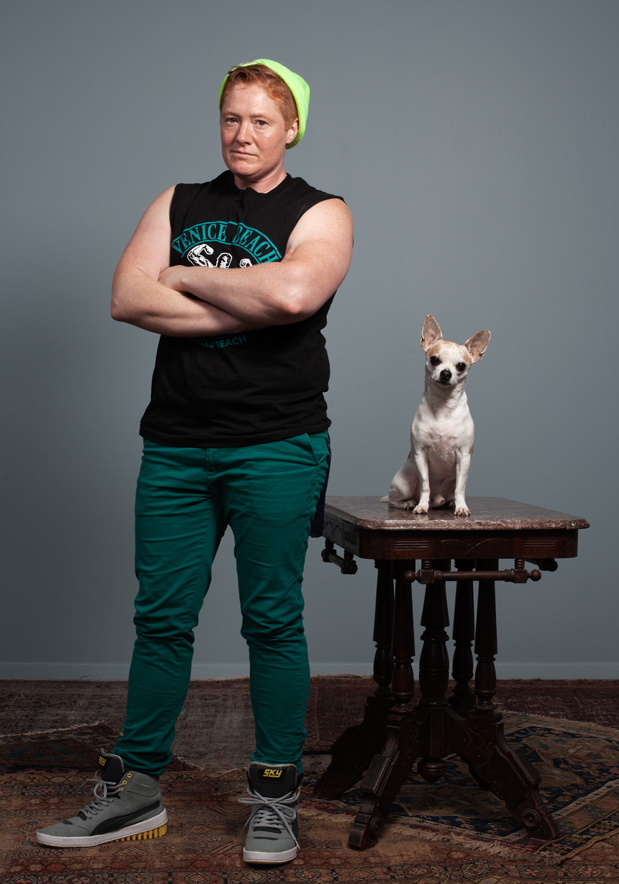 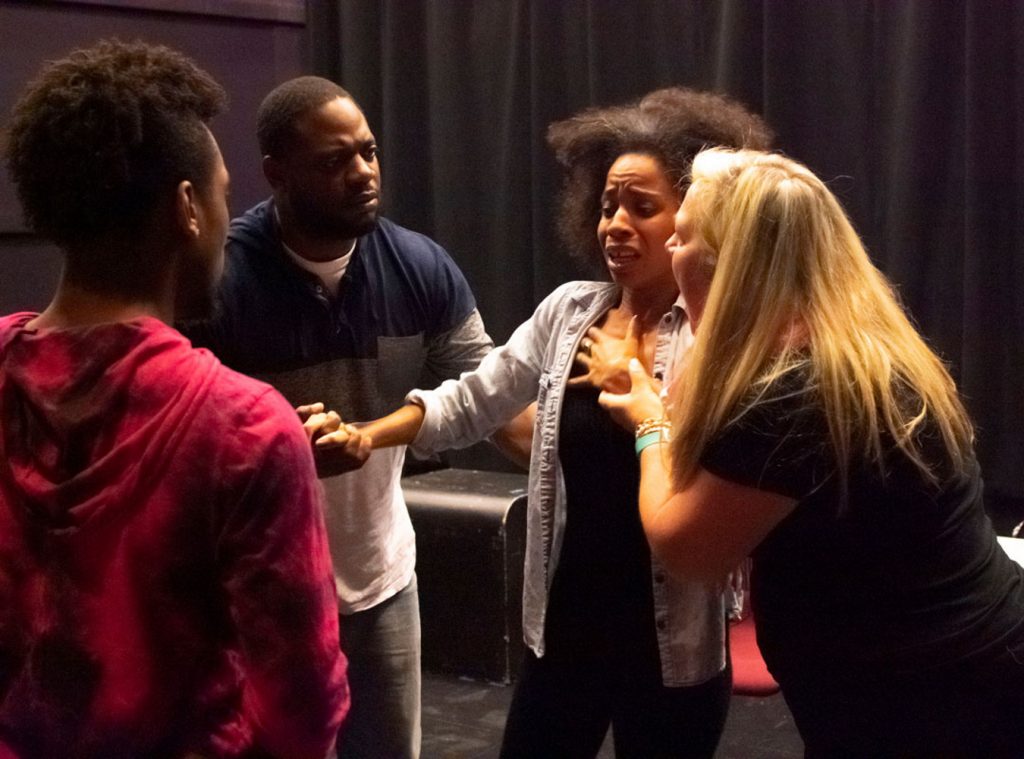 Three productions by women-led theaters are playing in the Valley this weekend, and another opens in the Berkshires. They echo themes around gender – from activities women aren’t “supposed” to engage in, to a trans transition, to young men of color in the school-to-prison pipeline. 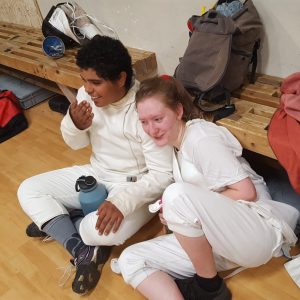 In Athena, from Real Live Theatre, the male-dominated province is fencing. Gracie Gardner’s play, directed by Ellen Morbyrne, runs Oct. 24-27 at 33 Hawley in Northampton. Two high school juniors, Mary Wallace and Athena (her fencing moniker, a salute to the armor-breasted goddess), are training together to compete against each other in the national championships – creating a tension that’s reflected in other areas as well. Mary Wallace (Syl Simmons) lives in the plush suburbs, Athena (Rachel Hall) in a dingy inner-city apartment.

Their life trajectories are divergent but their common passion brings them together, while also keeping them warily apart. The sparring isn’t limited to fencing. When the play premiered in New York last year, the Times called it a “fierce and lovely comedy … about the awful, wonderful, completely ordinary business of growing up in a woman’s body.” The production sponsor, appropriately, is Pioneer Valley Fencing Academy.

The title character in Artemisia’s Intent is the daughter of Renaissance painter Orazio Gentileschi – an accomplished artist in her own right but brushed aside by history because of her gender. (She’s only recently begun to get her full due from art historians.) The one-woman show was devised collaboratively by The Anthropologists, a New York-based “investigative theater” troupe founded by UMass grad Melissa Fendell Moschitto. 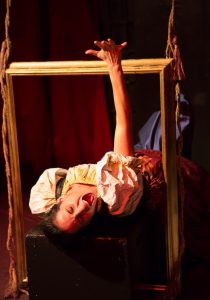 Mariah Freda’s movement-based performance, praised as “fiery, smart and appealing,” touches on Gentileschi’s work as well as her tumultuous life, mimicking some of the fiercely dramatic scenes in her paintings of biblical stories. Her rape at age 18, and subsequent torture to verify her accusation, become a jumping-off point for #MeToo-era reflections on today’s sexual predators. As Moschitto told an interviewer, “Women are still fighting for fair representation and autonomy, as people and as artists.”

The show plays one night only, Oct. 26th, at the (woman-led) Shea Theatre in Turner’s Falls. 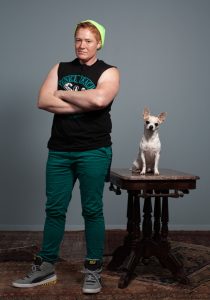 In a frustrating coincidence, another solo show, They, Themself and Schmerm, also performs only on the 26th, at the woman-led Academy of Music in Northampton. Trans performer Becca Blackwell’s “disturbingly hilarious” show, part confessional memoir, part stand-up routine, recalls the Australian lesbian comic Hannah Gadsby, whose zingers carry scars – in Blackwell’s case, the wounds from a Midwestern childhood of religious stricture, gender confusion and sexual abuse.

The pronoun “they” in the title reflects Blackwell’s self-description as “a trans, non-binary, butch, masculine person with a vagina.” One critic called the show “bust-a-gut funny, make-you-cry moving, and one of the most compassionate pieces of theatre I’ve ever seen.” Blackwell says that although the show’s development began as a journey of self-discovery, at the time of its 2016 premiere the director said, “This isn’t for you anymore. This is for someone who needs to see it.”

Following up on her electrifying Detroit Trilogy of plays about black lives on the edge, Dominique Morisseau’s Obie-winning 2017 drama Pipeline digs even further into the tenuous ground occupied by people of color. Nya teaches in an impoverished inner-city high school that, for most of its majority-minority students, constitutes a virtual “pipeline” in which academic failure is a given and prison the inevitable end point. Seeking to evade this fate for her son, Omari, Nya has enrolled him in an elite private school; but things unravel when he’s suspended for hitting a teacher. 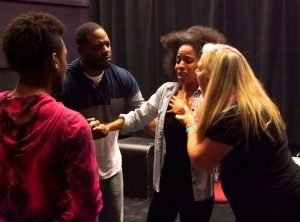 WAM Theatre’s production, directed by Dawn Meredith Simmons, plays in Shakespeare & Company’s Bernstein Theatre in Lenox, Oct. 24-Nov. 9. It’s a co-production with the Nora Theatre Company in Cambridge, Mass., where it will run next March.

Aware of “the dangerous missteps that are made by well-intentioned, white-run theatres,” WAM, led by Kristen van Ginhoven, embarked on a year-long “cultural competency” process with Multicultural BRIDGE. The Berkshire-based organization has partnered with WAM “at every turn, from the poster image to the auditions, and on through rehearsals” to tackle the play’s issues of race, class and unequal opportunity in our schools and society at large.