Cinemadope: Trick and Treat – The strange horrors of House 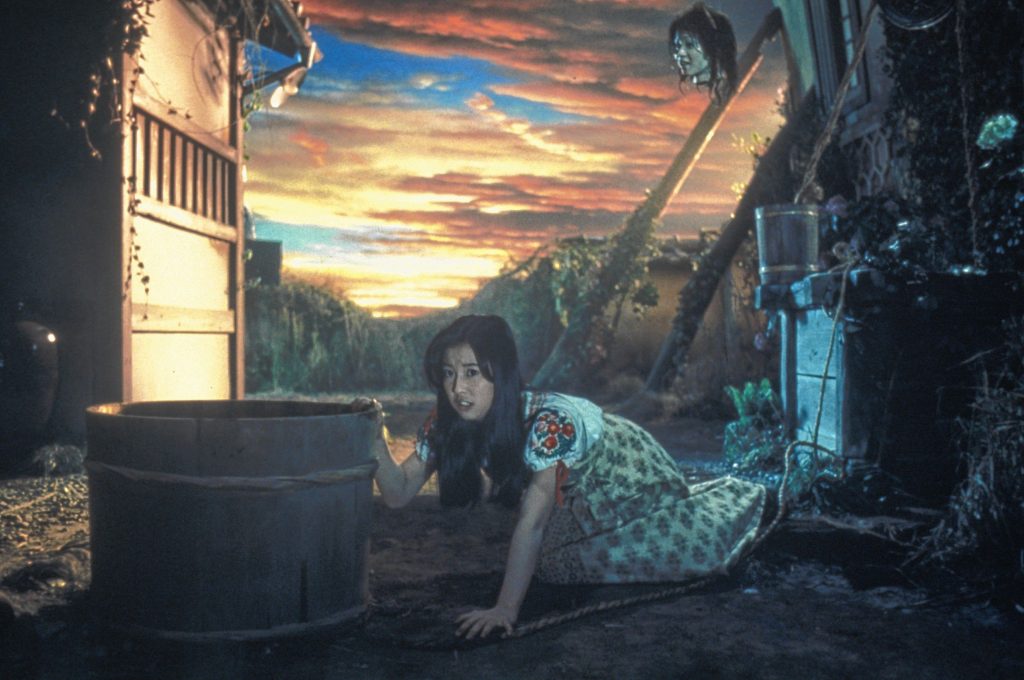 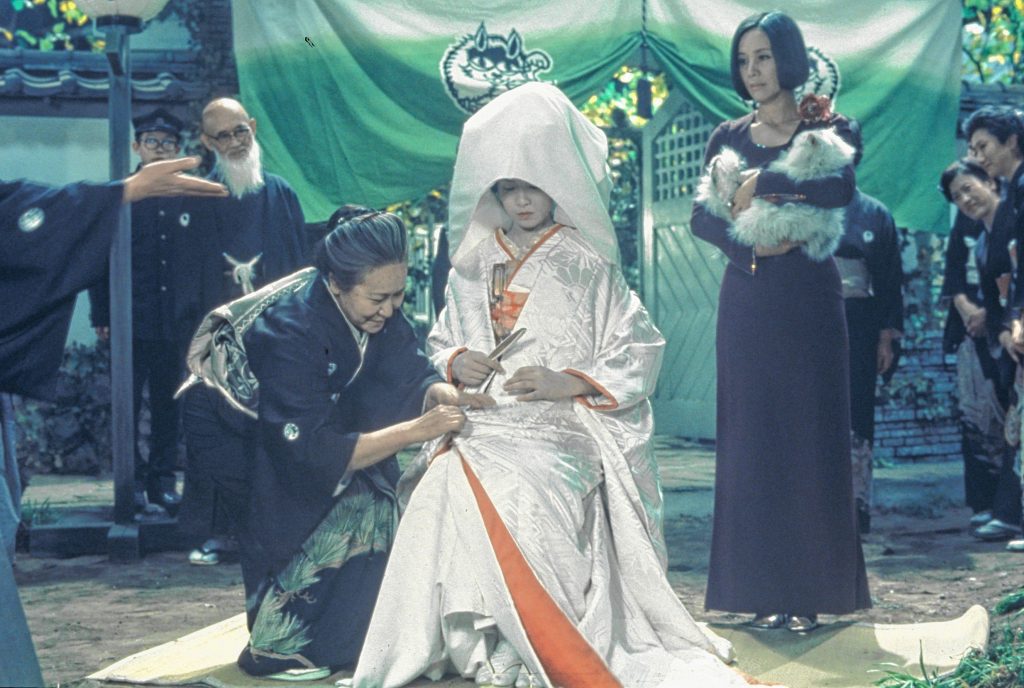 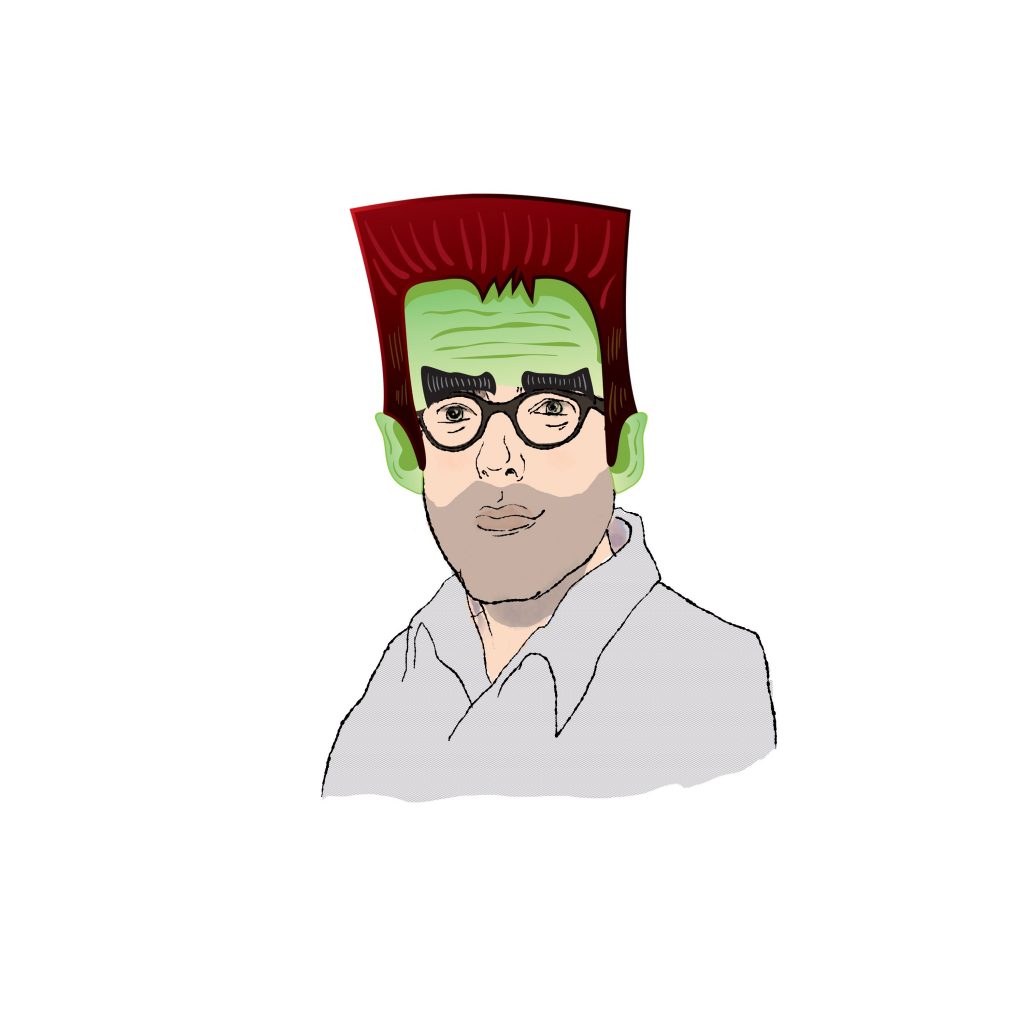 As this issue of the Advocate hits the streets, October will just be starting to fold up its skeletons and plastic spiders to make way for the inflatable Santas. (Thanksgiving fan? Sorry, enjoy your single Thursday afternoon.) For many horror fans, it’s the end of “Horrortober,” an informal dive into the spookier corners of cinema that challenges even hardcore fans to come up with a month-long list of thrillers and chillers. 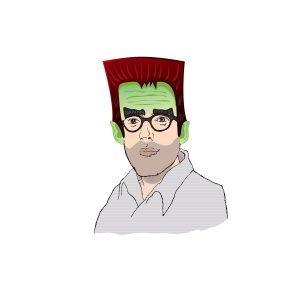 But if you’re not quite ready for the affair to end, Amherst Cinema has you covered with a late addition to the more usual Freddy and Jason fare. On Friday, as part of the theater’s ongoing Late Nights series (“the best cult, genre, and other outré film”), they will bring in Japanese director Nobuhiko Obayashi’s 1977 film House (Hausu), a horror film whose varied and nightmarish paths to death take some interesting cinematic detours.

A critical flop on its initial release, the film was nonetheless a hit with the crowds. Originally meant to be a cold chiller made in the wake of left by the success of Spielberg’s 1975 blockbuster Jaws, the film — fueled by the director’s habit of taking notes from his 10-year old daughter — instead went off in its own direction that would prove to be wonderfully, disturbingly absurd.

That collaboration has proven to be the key to House’s staying power. Unlike so many films in the genre, which key on what adults may find frightening, Obayashi’s movie embraces the oddness of childhood fears: not, for instance, that your doll might actually be a homicidal maniac, but that piano lessons or a particularly loud clock can be terrifying.

The plot of House won’t sound all that unfamiliar to genre fans. A schoolgirl named Gorgeous plans a trip to her aunt’s house for the summer, inviting along a half dozen friends with equally descriptive names. Prof is the problem-solver; Melody, the musician; Kung Fu is… you get the point. Once the group reaches the old country manor, they come to realize that demonic forces are at work, and that the house may hold a deadly secret.

As the schoolmates — most of them amateur actors, adding to the sense of strangeness — begin to fall, Obayashi’s filmmaking employs tricks of the trade from his days as a commercial director (split screens, aggressive zooms) but pairs them with hand-made effects designed to harken back to childhood visions. The result is a psychedelic Scooby-Doo story of plucky youth facing up to the dangerous unknowns of adulthood looming over them.

Hausu — despite being delayed for two years by a studio that didn’t want to let Obayashi direct, only to relent when no other director would agree to take the job — was certainly ahead of its time. Don’t let another Horrortober go by without taking the chance to see it yourself.

Also this week at Amherst is Rob Reiner’s indelible 1984 “rockumentary” This Is Spinal Tap. An 82-minute pseudo-documentary of “one of the loudest bands in England,” it is a comedy of errors that has only gotten better with age. Featuring many of the actors that would go on to make improv-heavy movies like Best in Show and A Mighty Wind, the film follows the band on a disastrous North American comeback tour. It screens as part of the theater’s Science on Screen series, which pairs films with live discussions; for this screening, Smith College professor Steve Waksman (and author of Instruments of Desire: The Electric Guitar and the Shaping of Musical Experience) will hold forth on the science of sound and the electric guitar.

And finally, a classic murder mystery comes to Shelburne Falls. Laura is Otto Preminger’s 1944 tale of obsession, and a stylish vehicle for Gene Tierney and Clifton Webb, with scenes stolen by Vincent Price and the David Raksin (whose famous musical theme underpins much of the onscreen action). It shows Friday and Saturday, with live music on stage preceding the film both nights.