Bizarro Briefs: So You Want to be Scared? 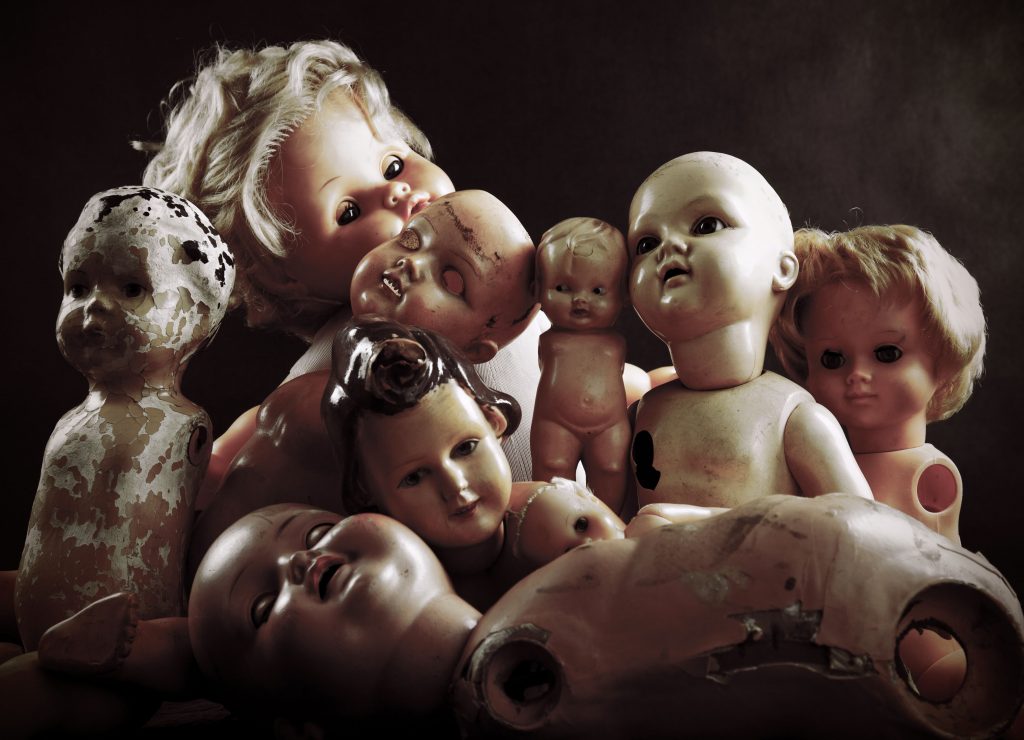 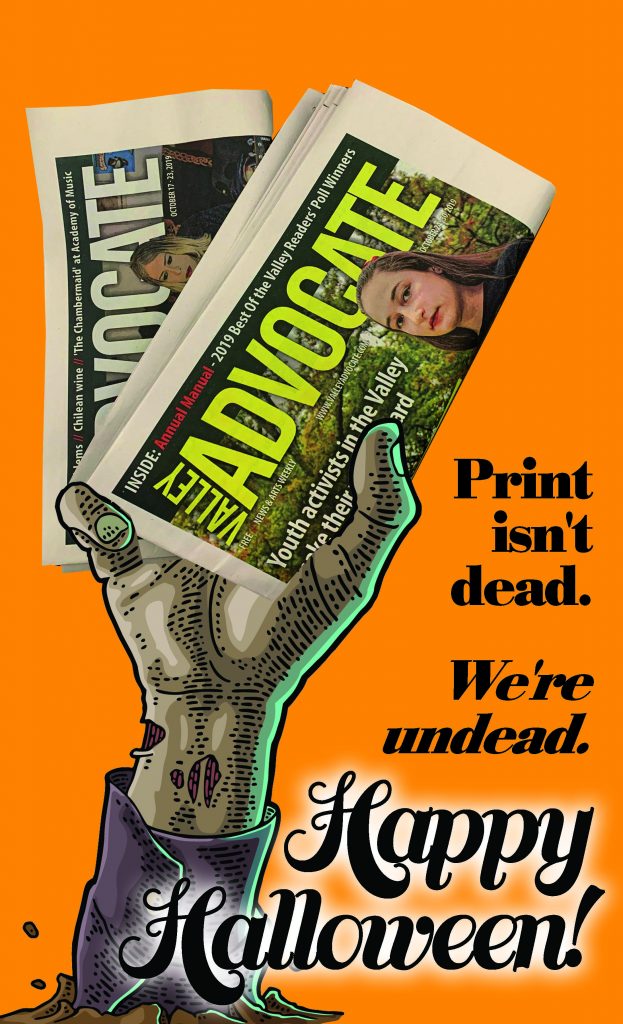 So You Want to be Scared?

Visiting so-called “haunted houses” for Halloween is very popular, but if you want to get chills in two of them in particular, you’ll need to be medically cleared by a doctor and sign a 40-page waiver before you can go in. The McKamey Manor “experiences” in Summertown, Tennessee, and Huntsville, Alabama, also require visitors to be at least 18 years of age, have health insurance, and pass a background check and drug test. “You must be in EXCELLENT HEALTH to participate in the EXTREME tour,” the company’s website reads. “You will incur VERY physically and mentally demanding environments … Not your typical ‘Boo’ Haunted House. You’ve been warned!” According to the Associated Press, owner Russ McKarney offers thousands of dollars to anyone who completes the tour, but he says no one ever has. He videotapes each tour — for his own protection, he says — and then posts them online, showing visitors quitting in humiliation. Sounds fun.

On Oct. 22, more than 11,000 people dressed up as zombies in Key West, Florida, and got on their bikes for a ride. The event, Zombie Bike Ride, was part of the annual ZombieFest Street Party, which joined the ghoulish brain eaters with a cavalcade of skeletons, evil clowns, and other nightmare-fuel creatures. The events were part of the larger 10-day Fantasy Fest, which also included a pet masquerade, themed costume contests as well as an evening parade.

Don’t mess with crows, particularly not their young. That’s advice that an Indian tractor driver wishes he had heeded a year and a half ago when he moved two crow hatchlings from under his tractor. Mama crow apparently saw him and has been attacking him regularly since that time, sometimes with fellow crows at her side. In another part of the country, a man who tried to help a crow chick out of some iron netting has been under attack by the local crows for about three years. “It died in my hands. If only I could explain to them, I was trying to help,” he told the Times of India. Crows can recognize human faces and hold grudges, according to research performed at the University of Washington in Seattle. They also have the ability to gather a group of crows, called a murder, to attack.

Do your own dirty work

Five hitmen in China were jailed for attempted murder after the hitmen passed on their assignment, one to the next, on a contract in order to make a profit. A Chinese businessman was the target of the murder scheme. Allegedly a competitor was willing to pay 2 million yuan to murder his rival. The original hitman hired another hitman for half the original price of the hit. That hitman, in turn, hired another hitman, who subcontracted to a fourth hitman. The fourth hitman then gave the job to a fifth. But Hitman No. 5 was so insulted about how much the value of the contract had fallen, that he told the target to fake his own death, which then led to police catching on to the plot. The competitor businessman (who hired the original killer) as well as the five hitmen were all convicted of attempted murder by the court in Nanning, Guangxi, after a three-year trial.

Just in time for Halloween, a Minnesota museum has turned its creepiest dolls loose, in part for a contest that allows viewers to vote on which ones really get under their skin or could be good props for the next horror movie. The History Center of Olmsted County in Rochester has posted photos on its Facebook site, as well as videos on Instagram, of its miniature terrors to get votes for the creepiest ones. Curator Dan Nowakowski told Minnesota Public Radio that for many of the dolls, the freakiness factor “is in the eyes,” such as moveable eyelids that suddenly snap open when the dolls are lifted up. In many cases, Nowakowski said, damage to the toys, such as chipped face paint that makes one doll look like mummy, and wear and tear over the years has turned what were once ordinary toys into spooky ones. The “winning” doll and the runner-up will be displayed at the museum over Halloween.

IT CAME FROM SPACE!

A Michigan couple got an extraterrestrial surprise over the weekend when they found a strange object lying in their yard. It had four legs, what appeared to be solar panels, and markings on the side. A red parachute attached to the device was caught on one of the couple’s trees next to their home. On closer inspection, the markings revealed themselves to be an inscription that said “Space Selfie,” a new project started by Samsung which allows users to take a photo of themselves and put it over a background of a photo of the Earth from space. Apparently, the device, which contained cameras and was smashed upon landing, had launched the previous day in Iowa, but it’s sojourn to orbit didn’t last too long. Representatives from a company called Raven Industries claimed the device and sheepishly picked it up from the Michigan couple’s yard.

A brewery in his gut

Despite not drinking alcoholic beverages, a North Carolina man kept testing positive on breathalyzer tests. He swore to police that he hadn’t had a drink when he was pulled over a few years ago and yet a test found his initial blood alcohol level to be 0.2 percent or the equivalent of 10 drinks an hour. A recent study at the Richmond University Medical Center in New York confirmed the man wasn’t lying. Get this. Researchers found the man had yeast in his gut that was converting carbohydrates in the food he ate to alcohol. The rarely diagnosed medical condition — auto-brewery syndrome — developed after the man took some antibiotics that altered his gut, causing him to become inebriated after a few slices of pizza. Nearly a year and a half after seeking treatment from Richmond Medical, the man has managed to stabilize his gut.

Shark trackers have been keeping an eye on a behemoth 2,000-pound shark swimming along the United States East Coast. The shark, measuring more than 15 feet, and named Unama’ki (“land of the fog” in the native language of Nova Scotia) spent the past week gliding from Myrtle Beach, South Carolina, down to the Florida Keys. In September, nonprofit OCEARCH first tagged the shark near Nova Scotia and is the second-largest white shark the group has tagged in the northwest Atlantic. The Florida Fish and Wildlife Conservation Commission, however, reminded folks that shark attacks are rare and that you are 30 times more likely to be struck by lightning in Florida than to be bitten by a shark.

Jumping (on) the shark

But … it does happen, and it’s far more likely to happen if you jump directly onto the shark. That’s what happened to a 27-year-old Florida surfer who came off of his board at New Smyrna Beach over the weekend. The 911 caller reported that someone had jumped off of his board and onto a shark. Whether the surfer tried to ride the toothy beast or not was not disclosed, but the man was reportedly able to drive himself home to Orlando despite being bitten. It wasn’t the first time that has happened this year, as another Florida man jumped off of his surfboard and had the misfortune to land on a shark at that same beach in August.