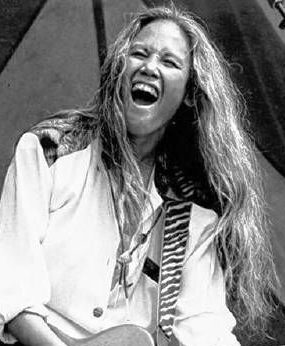 Lilith of the Valley: Sea of Change // SATURDAY

“Lilith of the Valley,” a music series celebrating female artists, musicians, and business owners in the Pioneer Valley (presented by PRIA Music Marketing), returns for its sixth series this Saturday at Bishop’s Lounge in Northampton. For this show, the theme is “Sea of Change,” which explores the power of protest and the collective power of people to promote positive change in the world. The concert features Topsy (And The Kids frontwoman Hannah Mohan), indie pop rockers The Fawns, world/reggae/ folk and soul band Rebirth, and Kat Alexander (lead woman of Lunar Carnival) who will play an electric blues solo set. There will also be artist vendors, fundraising for women’s rights and equity projects via the Women’s Fund of Western Massachusetts as well as a 7 p.m. panel discussion on the experiences of women in music, art, and business. Panel at 7 p.m. Music starts at 9 p.m. $10. — Chris Goudreau

Put together a sitar player, a 12-string guitarist, and a laoutar player, and what do you have? Some very exotic sounds. Robert Markey, who previously studied classical and blues guitar, later took up the sitar and now plays a mix of ragas and improvisations from India, Persia, Japan, and other countries. Andrew Jenkins, a former Berklee College of Music student, plays jazz, folk, and rock on 12-string guitar. And Jim Matus is the inventor of the laoutar, a cross between a laouto, a lute-like instrument from Greece, and a mandocello, a sort of large mandolin; he previously studied guitar with Pat Matheny and John Scofield. Saturday’s show is at 7 p.m. at Hawks and Reed, 4 Federal St. in Greenfield; tickets are $10 in advance/$15 at the door. hawksandreed.com. — Steve Pfarrer

The THE BAND Band at Iron Horse // SATURDAY

Didn’t get a chance to catch The Band before the original line-up called it quits in 1974? Well, you’re in luck because The THE BAND Band is rolling into the Iron Horse this weekend and will play some damn good renditions of The Band’s greatest hits, including “The Night they Drove Old Dixie Down,” “Up On Cripple Creek,” and “Across the Great Divide.” The THE BAND Band celebrates the 50th Anniversary of The Band’s eponymous second album and delves into some deeper cuts from The Band’s vast catalog. Iron Horse is at 20 Center Street, Northampton. Show starts at 7 p.m. Call 413-586-8686 or visit www.iheg.com for tickets. — Luis Fieldman

June Millington — who founded the first big-time all-female band Fanny with her sister Jean in 1964, among other major firsts — will be taking the stage along with up-and-coming local musicians Zoki and SCo to raise money for the Pioneer Valley Performing Arts charter school Music and Poetry Synchronized (MAPS) program. The program will soon be expanding to allow students to visit fellow students in Puerto Rico. The PVPA students and the Puerto Rican students are collaborating to set post-Hurricane Maria poetry, written by the Puerto Ricans, to music. The show is at 2 p.m. at PVPA, 15 Mulligan Dr., South Hadley. $20 suggested donation. — Dave Eisenstadter