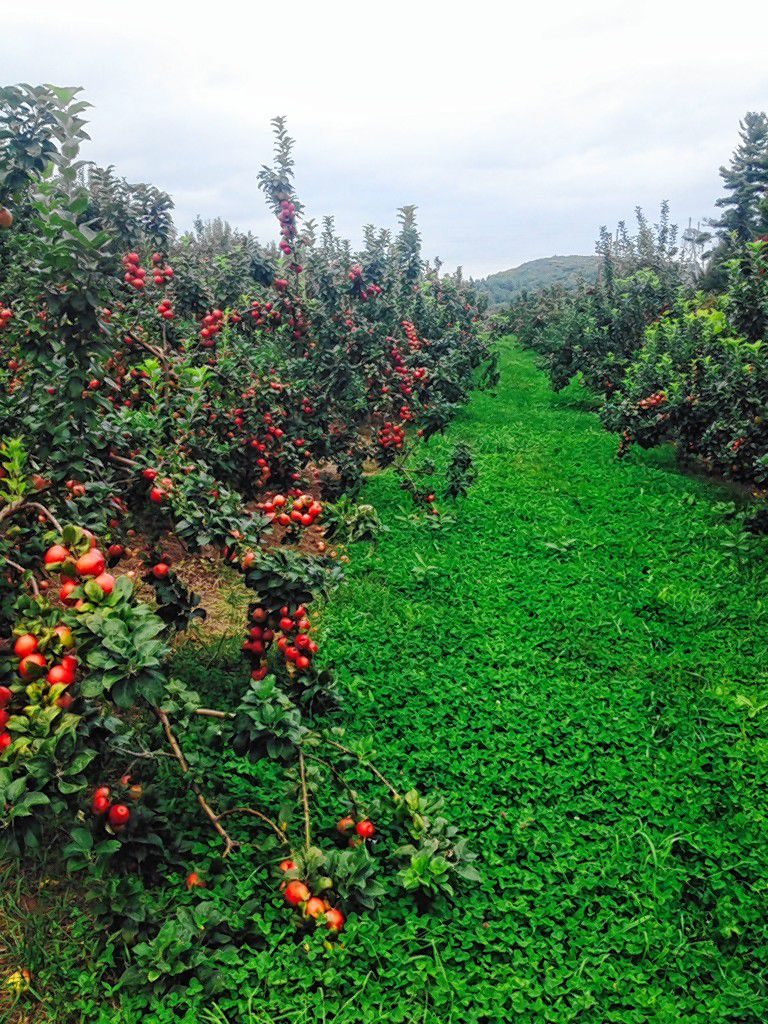 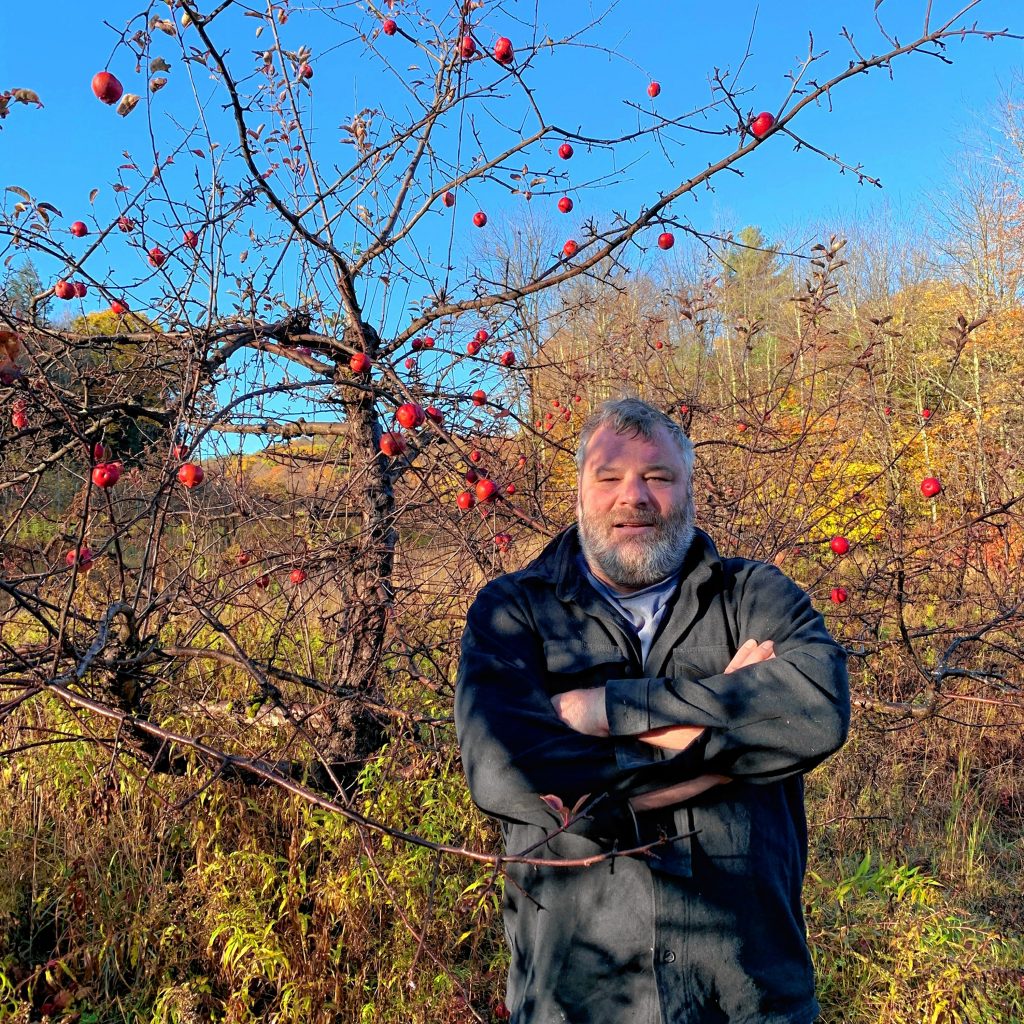 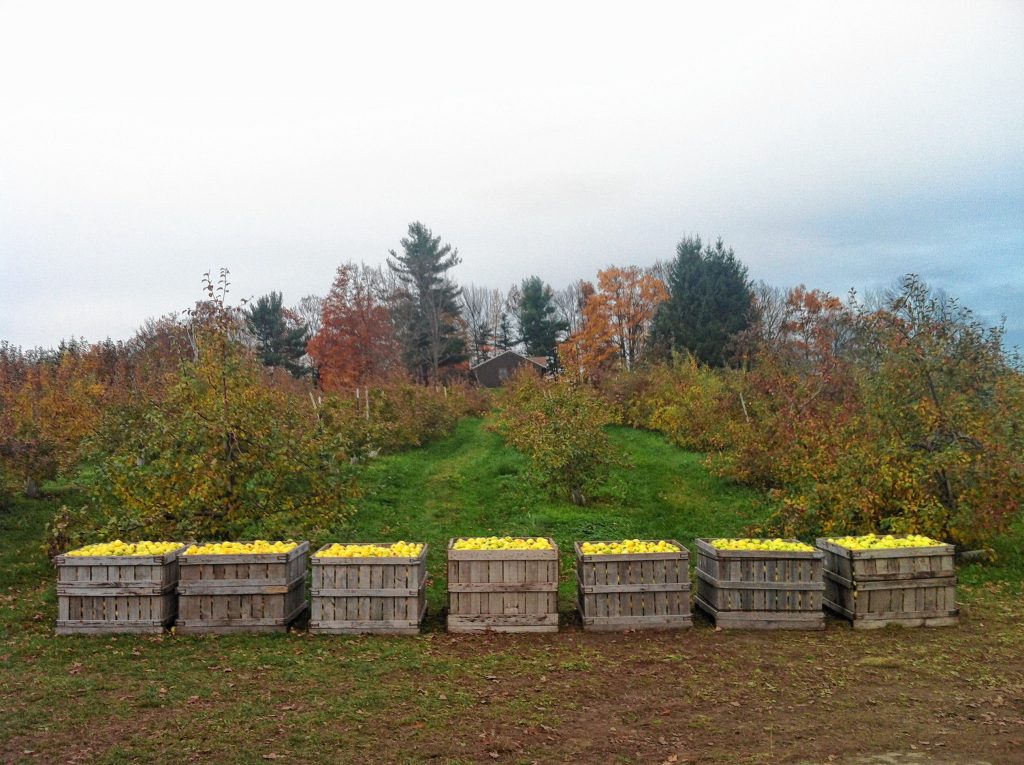 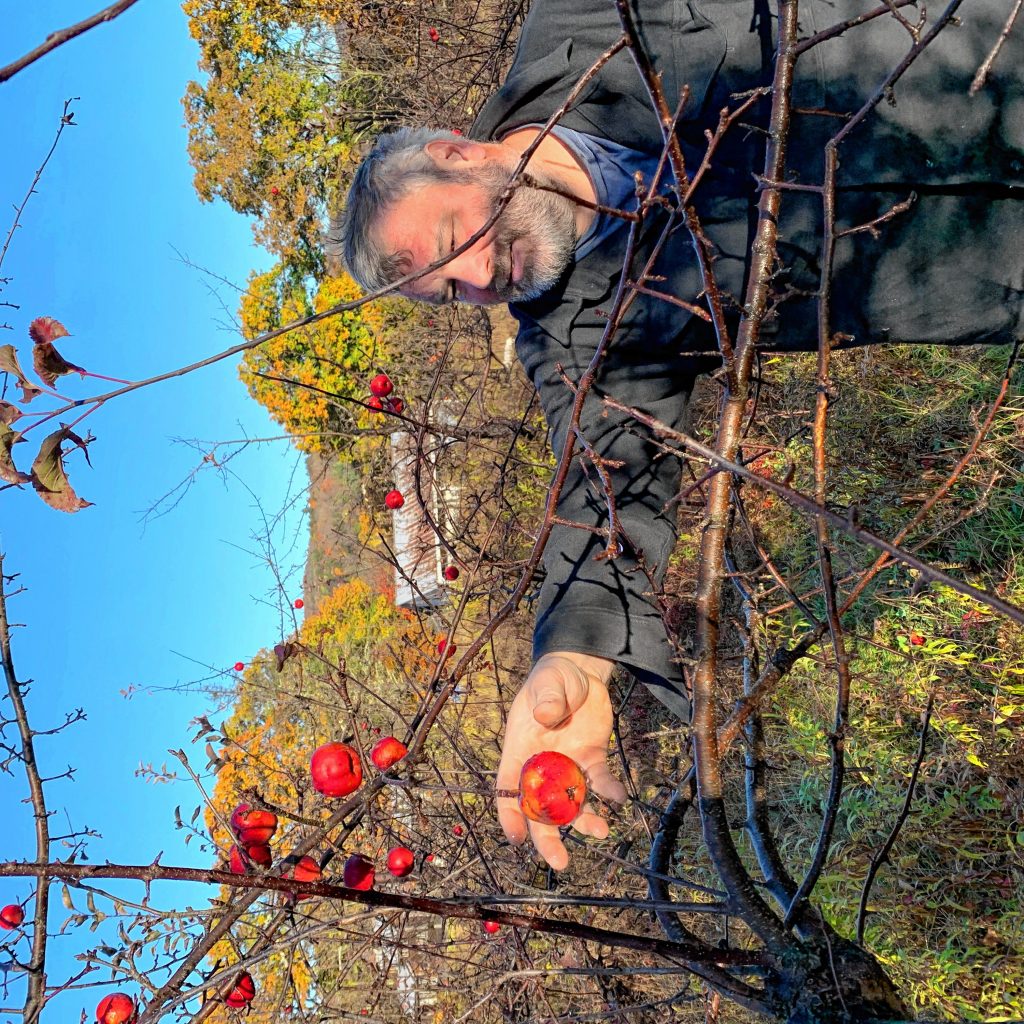 I don’t know much about the real Johnny Appleseed but his mythology precedes him. I know he was born in Leominster, Mass., near the time of the American Revolution. And I know he was less interested in planting Macintosh to give to teachers as gifts as he was in planting booze trees so everyone, even the kids, would have something to drink given a dearth of available potable water. And didn’t I think I had the most amazingly original description of Johnny Appleseed for this column when I thought to call him “America’s Bacchus.” Luckily, I did a quick Google search on Johnny Appleseed before writing. At which point THE VERY FIRST THING I ran into was Michael Pollan’s description of Appleseed: “Really, what Johnny Appleseed was doing and the reason he was welcome in every cabin in Ohio and Indiana was he was bringing the gift of alcohol to the frontier. He was our American Dionysus.” There is nothing new under the sun. But the point is alcoholic apples are as American as apple pie. And perhaps nowhere in America has better apples than the ones we have here. 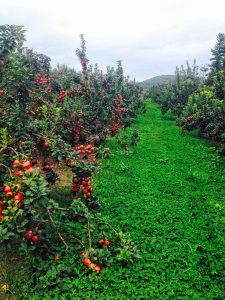 When I grew up, “cider” meant sweet cider. Prohibition worked the historical importance of “hard” cider out of the consciousness of the nation and teetotaled the alcohol out of the word “cider” itself. But thanks to the dedication of a few Franklin County folks, “cider” has reclaimed its early-American-bacchanalian roots. Two of the founding fermenters of the movement were Terry and Judith Maloney of West County Cider. Carrying on their dedication decades on is their son, Field. Yes, that is his real name. “I’ve heard lots of origin stories for this name,” he says, “But I was born in Plainfield, Mass., so I’m just plain Field.” 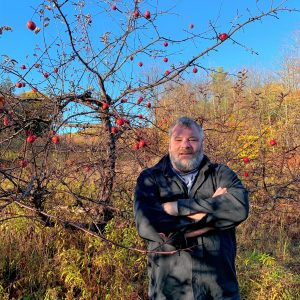 “My parents had made wine for pleasure in Napa when the winemaking movement was just getting going,” Field says. “Then they came to Colrain. It was inhospitable to grapes. But there was an incredible apple culture.” And while people were eating apples then, virtually no one was making cider. At least not hard cider. It was while digging into George Washington’s journals that Field’s father, Terry, was inspired to pursue cidermaking. “Washington writes that he had come across cider that was particularly special when they were stationed in Massachusetts. That redeemed my father’s conviction of the potential and merit of these hilltowns for cidermaking.” Terry Maloney then went on a quest to bring the apples he was reading about in 18th century journals back from the dustbin of history.

“No one had actually seen those apples in a hundred years,” Field says. “My father knew someone at the USDA Germplasm Repository in Geneva, N.Y., which has the largest collection of apple varieties in the Northern Hemisphere. He went around that orchard and grafted rootstock of apples that you could only read about. You couldn’t find them in real life. Our orchard has about 30 different varieties.” The Maloneys started making hard cider just for themselves and friends in the 70s. That all changed when Field was in grade school. “They had designs on something grander. So, in ‘84, when I was in sixth grade, we became a farm winery.” Field cleared fields with his parents to expand their operation. The Maloneys worked for years to make craft cider something desirable to consumers. West County Cider began to make a name for itself.

Like so many offspring of farmers, when he was older Field left the field, as it were, to pursue non-apple related endeavors. He worked for nearly a decade in the fiction department at the New Yorker and wrote non-fiction pieces for their “Talk of The Town” section. “I wrote a piece on slime molds, a piece on an illegal peddler in central park. And I wrote a piece on the end of diving boards in public swimming pools.” But it was the cruelest of sardonic tragedies that brought Field back home. 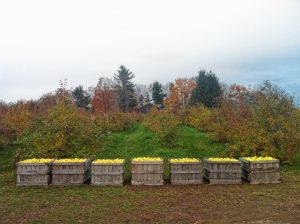 “Ten years ago, my father was filtering cider and the filter blew and knocked him back and he died.” Field recalls it so matter-of-factly. I remember reading about Terry Maloney’s death when it happened. I had only met Terry once or twice, but the cider community and Franklin County’s pain was palpable. What a bitter irony of being killed by the very thing that this innovator had made his life’s work. It would be like if Steve Jobs were killed in an Apple Computer factory. Terry was as big of a force in cider as Jobs was in computers. Also, apples. “He was very happy at that point,” Field says, “He was 70. He had a good, happy life. And I think he was very proud. For a long time, the idea of hard cider seemed pretty crazy. When he died, the writing was on the wall that this was becoming a big thing.” Field returned to West County to help his mother keep the business running. The apple didn’t fall far from the tree. At this point, I will make an apology to Judith Maloney. I have no doubt that your part in this story is equal or greater to Terry’s. And I hope to hear and share your story sometime soon. At the moment, I’m drinking with your son.

“All of our apples are 10 miles from the bottle.” Field hands me an apple and asks me to try it. It’s a Baldwin. “Baldwin was the first Massachusetts apple and the first named apple in America. It’s a West County mainstay. We don’t always have a Baldwin crop every year but when we do we always make a cider.” It tastes like a bone dry white wine. Hard cider is essentially an apple wine, but with about half the alcohol content. He hands me another apple. I bite into it. Under the skin the apple has bright red flesh. Field corrects me, “Hot pink.” This one’s called a Redfield. “This was an apple growing in a remote corner of the orchard at the tree repository. My dad said ‘someone should do something with it.’” I taste the Redfield in fermented form. This is a true rosé cider. “And unlike a lot of rosé ciders, even the artisanal ones are made by soaking cider in black currants or grape skins to get the color,” Field says, “with this cider the color is 100 percent from this apple. There’s one cider bar in Oakland that goes through an absurd amount of Redfield.”

They also make a 100 percent Macintosh cider. Something thought to be anathema to cidermakers of his parents’ generation. “It’s like the Rodney Dangerfield of apples. It gets no respect.” It reminds me of Riesling. Acidity. Fruit. You could see how Macs could make for too sweet a cider. This one is well balanced. It’s called Pura Vida. Pure life. It’s hard not to think that this family — despite the tragedy — has worked hard to distill life to its essence. Or at least fermented it into near purity.

West County is our equivalent of a first growth Bordeaux wine. West County Cider now has a tasting room on Peckville Road in Shelburne. “Glorious views,” Field says. “You can see three states.” His family’s cider has a reach that goes far beyond those views. And a legacy that may someday rival Johnny Appleseed’s. Long live the new American Dionysus.