Best Mann’s Debut Album is a Layered Tower of Sound 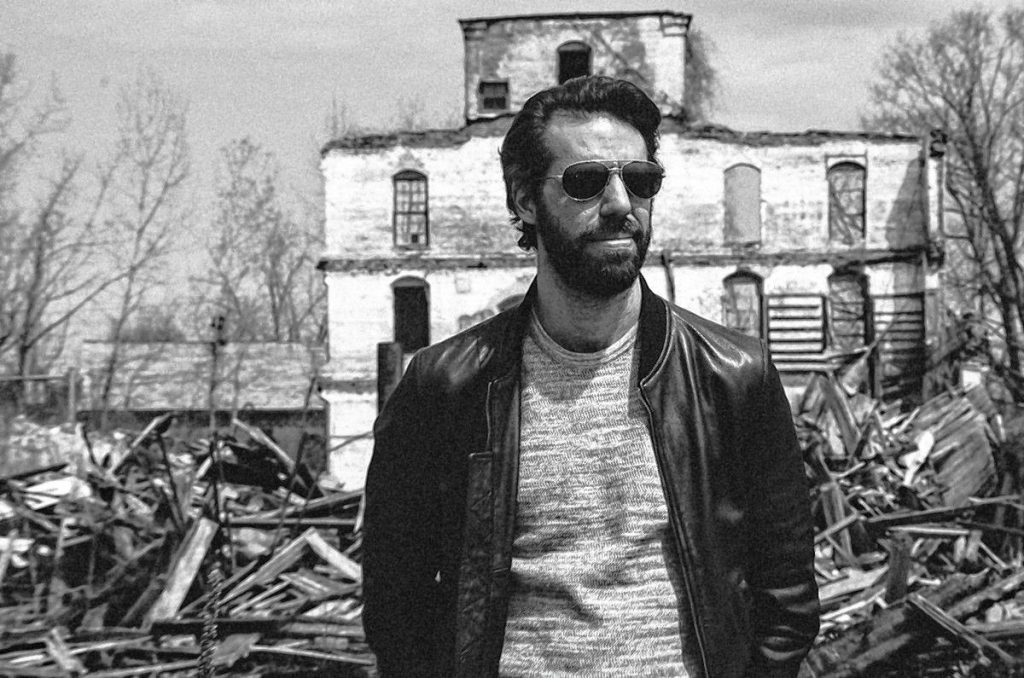 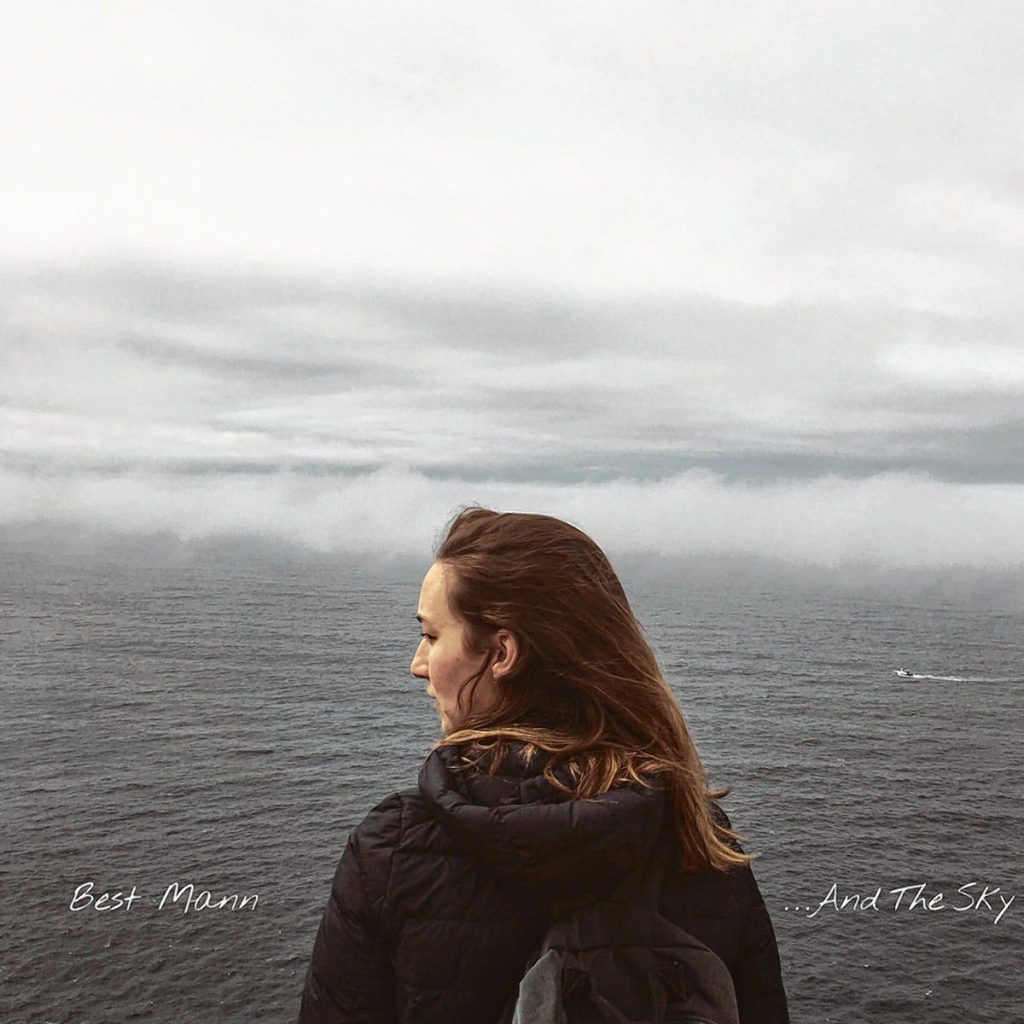 Best Mann is the art rock and indie folk alter-ego of Nate Mondschein, who produced, composed, and performed all the instruments on his debut album, …And the Sky, released Oct. 25.

There are so many musical layers on this 12-song record, from groove-based electronic beats to subtle songs that mix acoustic guitar with merging percussive grooves, that to take it all in, you’ll need repeated listens.

Mondschein writes that his debut album is about “family, and anxiety, and love, and ghosts, and things he can’t remember as well as he wishes,” on his artist Bandcamp page. 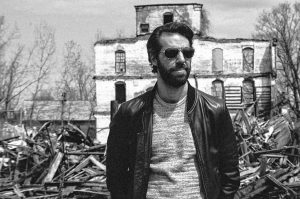 With that said, there’s a balance between melancholy and joy that weaves in and out of …And the Sky, and adds a human touch and resonating emotions to songs featuring polyrhythms and an art/progressive rock aesthetic mixed with pop and indie folk.

The album opens with “Dipper (Intro)” an electronic ambient soundscape that blends shimmering electronics with hums, soulful singing, and other background sounds. Next the record jumps into “MCO,” which features a MIDI-sounding string section, ethereal guitar and bass, and kinetic drums that create moments of poignancy with lyrics that amount to a bittersweet love song.

“I watch the TV ‘till you show/ I bite my lip ‘till it stings/ I chase you out into the snow/ To see myself on the screen/ Oh it was real, oh darling/ Don’t misunderstand what I mean/ Molly came over/ I think I went overboard.”

“From the Hip” has a hypnotic percussive groove that combines synth-driven melodies to create an introspective pop song that takes some small cues from hip hop. It’s a meditative piece, but never boring, as the song seems to be ever expanding into a universe of sounds. Bright synth lines flow between Mondschein’s lyrics to create poetic moments of clarity. “December getting cold/ Unsteady I wonder/ When karma comes to claim on the loan/ The car neck deep in snow/ Just bury me under/ Something that’ll melt on its own.”

“Hudson//Holland” continues Best Mann’s themes of putting quiet life moments to song with an introspective lens tinged with regret. It’s confessional, but not sappy. “On the borderline/ Crossing Jersey in a broken ride/ She caught me with a paper smile/ An easy anodyne/ But I was only listening half the time/ So certain that we’d have a while.”

“MST” is by far one of the most indie folk influenced songs off the record as acoustic guitar riffs build a foundation for Mondschein’s airy vocals. The chorus of the song is one of the best parts, as it bursts forth into a wall of sound with “Dipper watch me dig a deeper hole/ Dipper don’t you see the crater grow.” 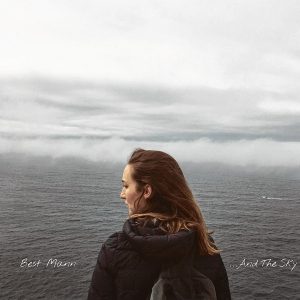 You can tell that Best Mann’s drumming chops are exceptional with “On the Line,” which is a song where intricate layers of percussion take center stage. But that’s not to say the synth and guitars are slouching by any means. One of the highlights is an extended synthesizer solo that’s right at home in 1980s synth pop.

As a songwriter, Mondschein excels as writing catchy riffs that he adds layer after layer upon until his tower of sound builds to an apex. Once in a while, he’ll pull the rug from out of his listeners’ ears by shifting the song structure in unexpected ways.

Such is the case with “Modern Love,” which has a profound bridge, “I don’t wanna die/ But I’m more curious now/ Seven circles past/ The last mercurial bow/ I dreamed of you again/ Woke up with dust in my mouth/ I dreamed of you/ I saw you again/ I’m sure of it now.” A change of key in an unexpected place is like opening up an invisible door to explore a familiar, but unknown, room.

“And the Sky,” the album’s title track, is imbued with mourning. There’s a numbness to Mondschein’s vocal delivery that mirrors what many experience during grief. The song itself moves in waves as he sings about the sky breaking and earth shaking while “wires in my head to begin to spark” and a photo that “blooms around the edges” and a “story comes apart.”

Musically there’s a lot to be said for the many layers Best Mann builds on each song. The only downside to this record is a moderate degree of sameness with Mondschein’s vocals and the looping riffs common from his songwriting. This adds to the difficulty for listeners to distinguish one song from another.

But there’s real pathos hidden beneath the surface of these complex and intricately arranged songs that speak to common human experiences of loss, disillusionment, and suffering. Thematically it’s a rich vein to mine and a damn good debut for Best Mann.