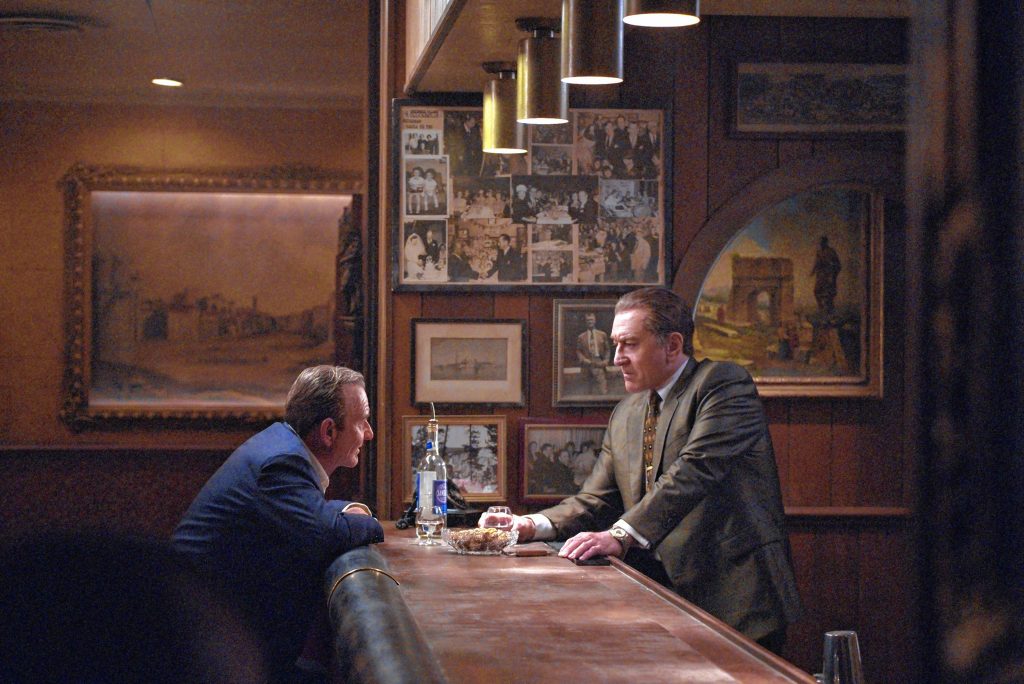 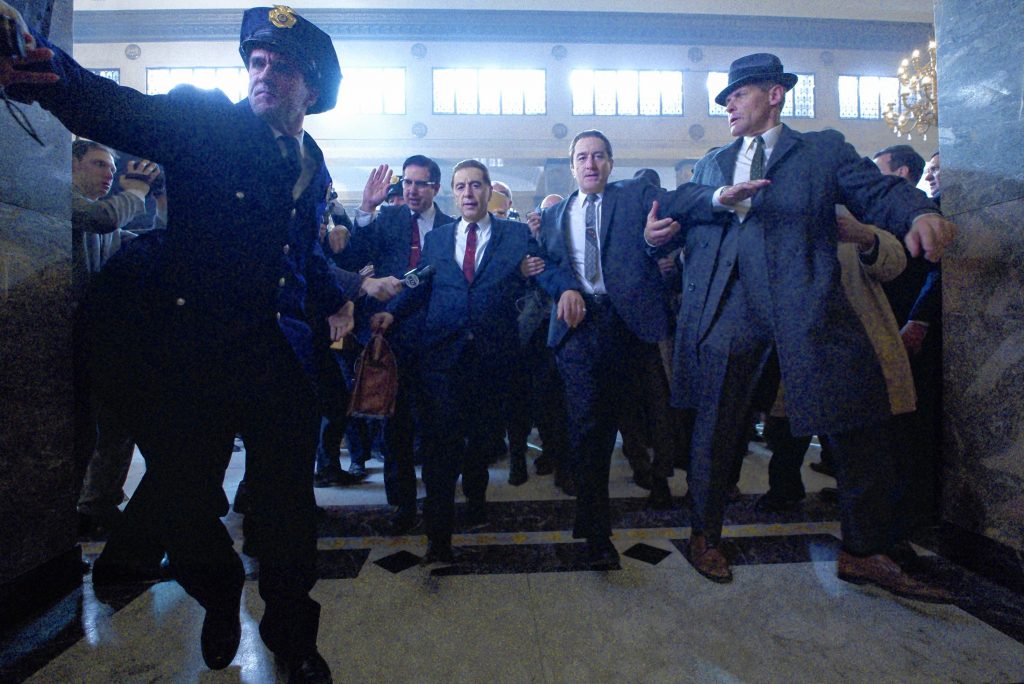 The mob movie is the shadowy reflection of the American Dream. Stories of success despite humble beginnings, of hardscrabble times and strong work ethics, of family bonds and the desire for a better life — all the usual tropes apply. What makes it work so well in the condensed format of movie is the heightened stakes: make a mistake here, and instead of a bad evaluation at work, you get garroted by someone sitting in the back seat.

In the post-Godfather era, few directors have taken the genre further than Martin Scorsese, who with a gang of frequent collaborators —De Niro, Keitel, DiCaprio — has crafted a clutch of films that use the backdrop of the mob enterprise to tell richly American stories of dedication and betrayal. Movies like Goodfellas, Mean Streets, and The Departed live in a world introduced to us by Coppola and Corleone, but feel much less mannered and operatic than that earlier saga.

Now he’s back with The Irishman, a long-gestating film based on the 2004 book I Heard You Paint Houses by Charles Brandt (picture blood spraying on a wall to get the meaning of that mob lingo). It is the story of Frank Sheeran (Robert De Niro), the Irish-Catholic Army vet who became a mob hitman and who, late in life, would claim responsibility for the assassination of Teamsters honcho (and Sheeran’s close friend) Jimmy Hoffa (Al Pacino). Not everyone believes his claims, and while many of the details Sheeran provided to Brandt suggest his involvement, there has been no definitive proof discovered.

But the “did he or didn’t he” isn’t the most interesting part of the story for Scorsese; this is not a gangland documentary. Instead, his focus is on the bonds between the men involved, and how their long relationships changed over the years — Hoffa disappeared in 1975, but he and Sheeran had known each other since 1957. A lot can happen in 18 years.

Scorsese takes his time to tell these stories; The Irishman, which is in theaters now and will start streaming on Netflix on November 27, is three and a half hours long. For fans of the genre, and particularly for those familiar with Scorsese’s earlier works, it will feel like an elegy, the director’s last word on this extended American drama. Scorsese is 77 now, and De Niro and Joe Pesci — who came out of semi-retirement to portray Sheeran’s mentor, Philly crime boss Russel Bufalino — are both 76. Pacino will turn 80 this spring. It’s unlikely we’ll see another work on the subject from this group, especially on this grand a scale.

Of course, none of that means that the mob movie is dead. As long as there is crime in America there will be stories to tell about the people who are involved in it. But there have been precious few of those storytellers who are able to see past the muzzle flashes and pinky rings to tell the deeper stories; Scorsese has been at the top of that game for a long time. If it turns out that The Irishman is indeed his final stab at the genre, it will have been a good one.

Also this week: the crew at Forbes Library continues its Far Out Film Discussion group with a discussion of the short films of the Brothers Quay. Surreal, sometimes disturbing, and always inventive, the stop-motion animations of identical twins Stephen and Timothy Quay make for some of the most unexpected viewing out there. For the Forbes group, which is structured like a book club, be sure to watch the films before the meetup; DVDs of the Quay Brothers works are available in the Arts and Music Department at the library, or you can stream films via the Kanopy streaming service at forbes.kanopy.com.

One last note this week: if you’re looking for something fun to do with friends on a Sunday night, The Dirty Truth in Northampton will be hosting a Miyazaki movie night, screening Spirited Away and Howl’s Moving Castle. If you fancy a good beer with your animation, this is the place for you.