Stagestruck: Eye of the Storm 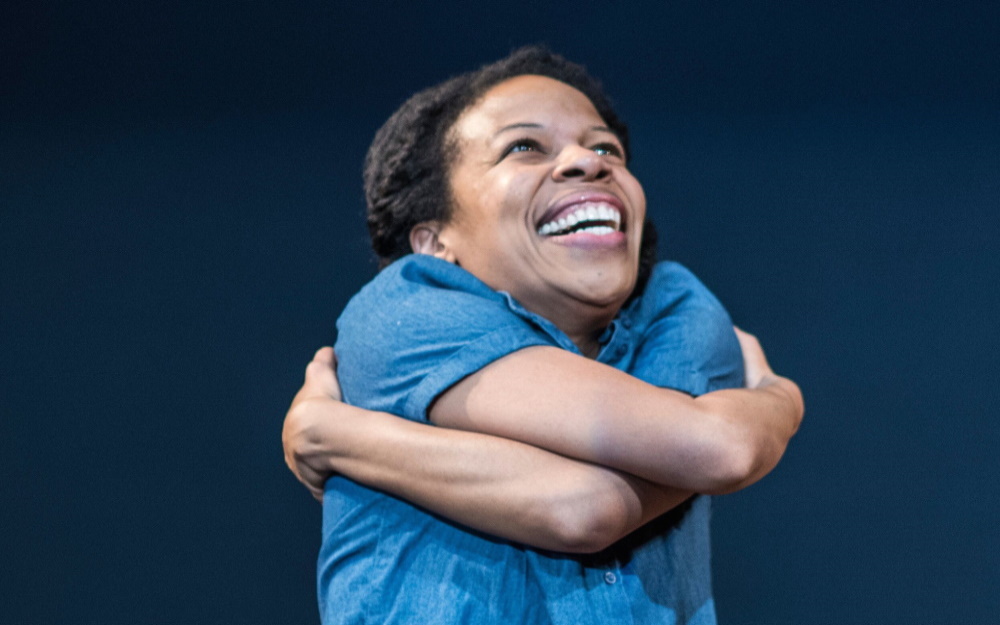 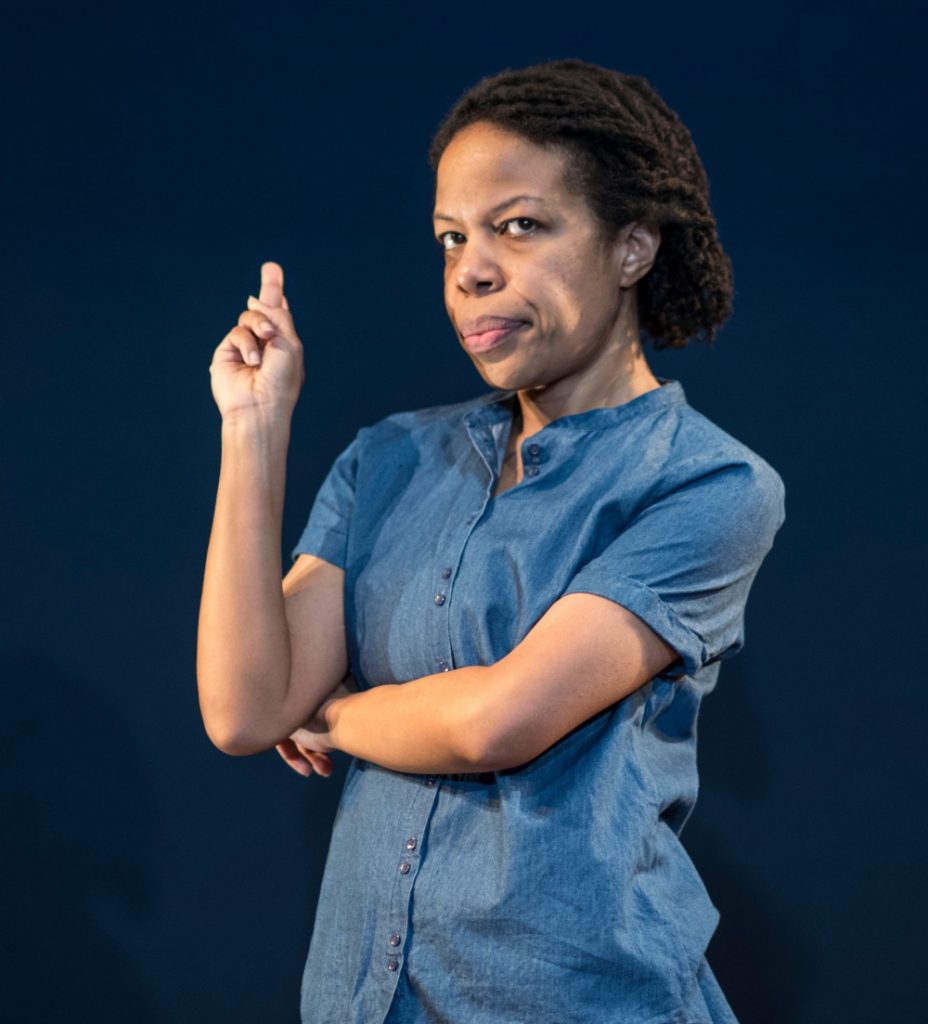 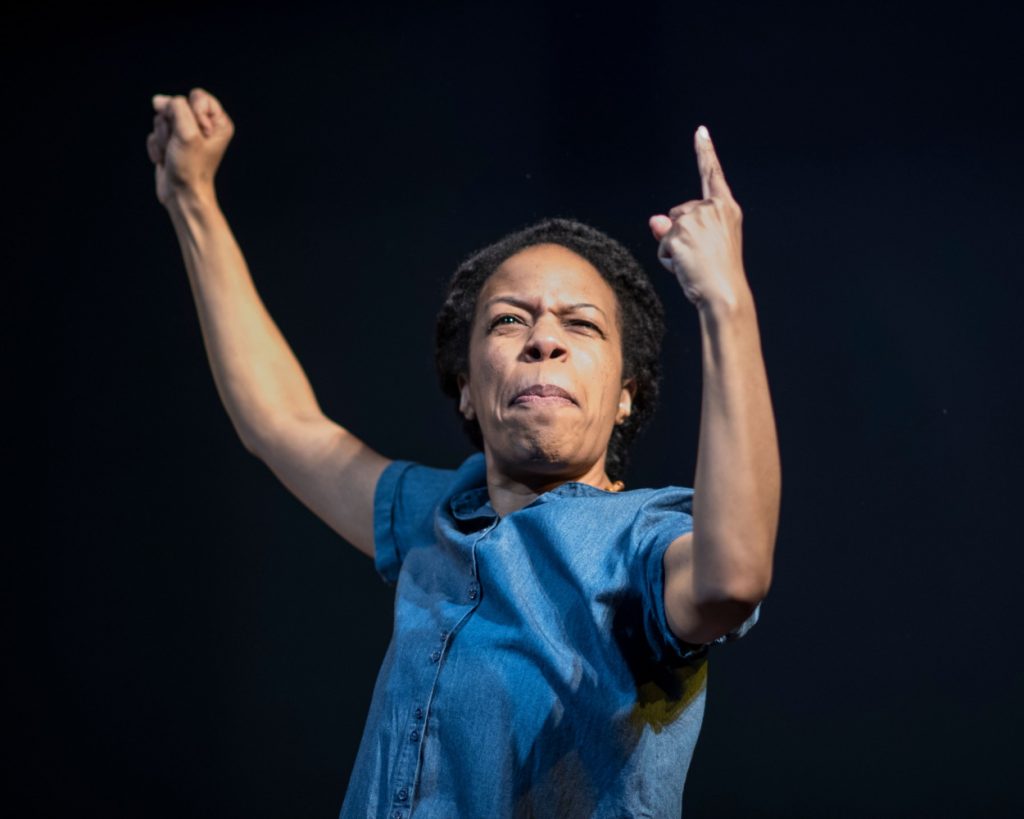 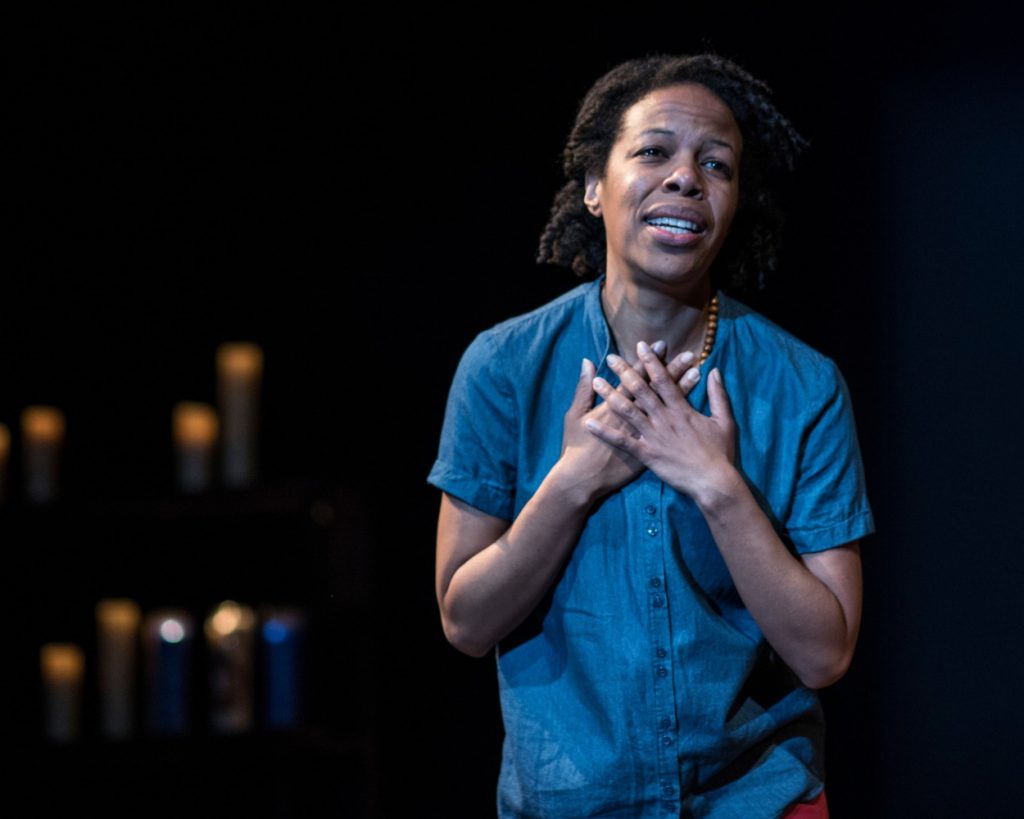 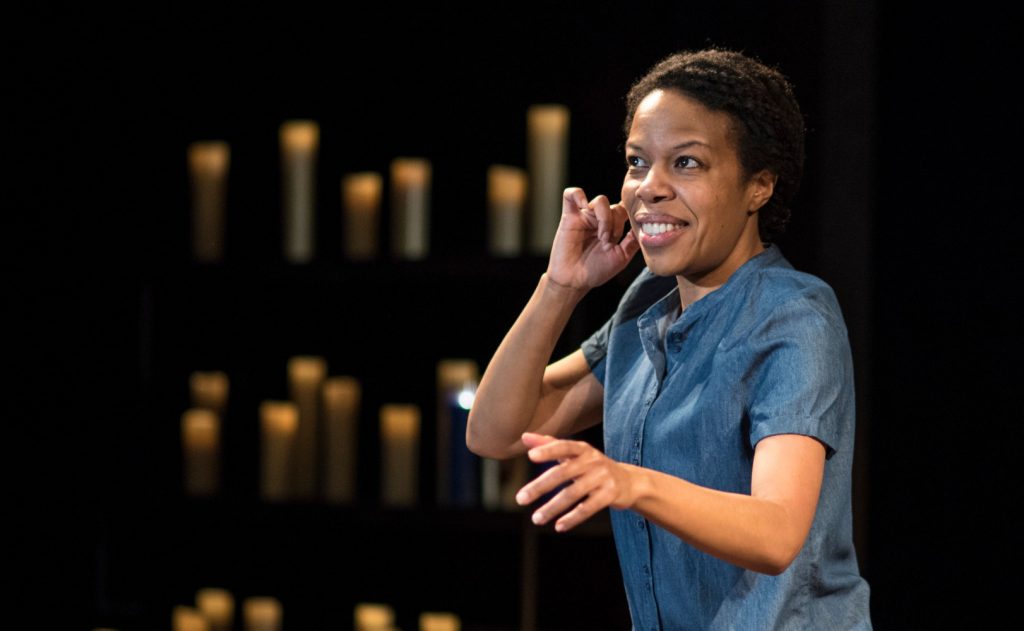 Nilaja Sun is, quite simply, the most exciting solo performer I’ve ever seen. She’s a small, wiry woman whose expansive presence fills a stage. Drawing on an astonishing talent for physical and vocal mimicry, her pieces are fully formed plays that bring to life a multitude of vibrant, funny, flawed human beings.

It’s not just her technical virtuosity, creating multi-character scenes in which we see every person clearly and, it seems, simultaneously. Nor is it her pitch-perfect ear, giving each character a unique voice and personality. Added to those, making her performances at once deeper and fuller than your average solo tour-de-force, is her enormous heart, allied to a fierce intelligence. 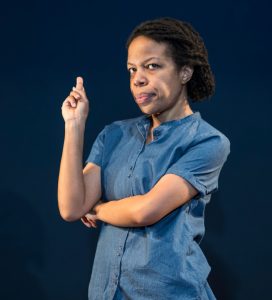 Her 2006 solo play No Child…, in which she portrayed 16 students, teachers and staff in a tough inner-city public school, was a sensation, winning multiple awards and running for a year Off-Broadway. She brought her latest, Pike St., to Northampton’s Academy of Music in November, and this week the show opens at Hartford Stage, playing through Feb. 2.

I first met Nilaja Sun in the early 2000s at New WORLD Theater, a multicultural program at the UMass Fine Arts Center. She was a teaching artist with NWT’s youth program and performed several of her early solo works there. These included Black and Blue, a childhood memoir of losing out to a no-talent blonde girl in a play about the Smurfs, and Insufficient Fare, a seriocomic day in her life as a struggling actor in New York. 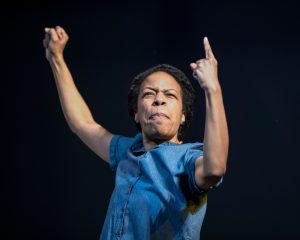 Although best known for her solo work, she is also a longtime member of the Epic Theatre Ensemble and has a recurring role in the TV series Madam Secretary. Just as important as her identity as an actor is her role as a teacher. Even after the worldwide success of No Child… (the title refers to the Bush-era No Child Left Behind schools program, and the play revolves around some of the children who are, nonetheless, left behind) she continues to be a teaching artist in some of the city’s most daunting classrooms.

“I will always be a teacher,” she told me when we spoke recently. “I benefit so much from working with students. Plus it’s so nice to be able to work with the future of America, so I’m not just sitting around going ‘Grrrr, these kids nowadays…’ It’s all love. Believe you me, I wouldn’t be walking into school if I didn’t love what I do.”

Nilaja Sun grew up on New York’s Lower East Side, the quintessential American “melting pot” where waves of immigrants have landed on these shores. Nowadays it’s rapidly gentrifying, but when she was coming up in the 1970s it was still a working-class neighborhood, home to a rich stew of ethnicities (she herself is the daughter of an African-American father and a Puerto Rican mother).

Pike St., she says, is “kind of a love letter to the Lower East Side,” based on people she’s known and observed in the neighborhood. It’s less overtly autobiographical than much of her other work, but still imbued with her passion for humanity. The Hartford production is expanded from the bare-bones staging in Northampton, now with a full set, but, as she told me, “the same cast.” That is, 12 characters, all played by her. 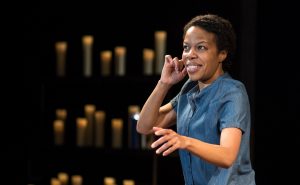 It’s set in 2012, when Hurricane Sandy howled into New York, flooding lower Manhattan and killing over 50 people. “The L.E.S. was one of those neighborhoods that was completely forgotten,” she explained. “There was no running water, no electricity, and neighbors really had to help neighbors.”

Part of her purpose in the show is to give “a gentle, gentle nudge” to people (and media) who blame the victims of storms for not heeding evacuation warnings. “Some people really cannot jump into some sort of transport and leave.”

Among these, in the play, is Evelyn Vega, whose daughter Candi is severely disabled, speechless and paralyzed, dependent on a respirator and a dialysis machine. Sharing the cramped apartment is Evelyn’s brother Manny, a decorated war veteran just back from Afghanistan, and her father, called Papí, frittering scarce money away on women and lottery tickets. 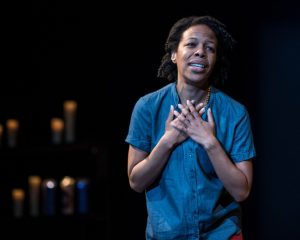 The 12-member “cast” also includes Mrs. Applebaum, an aged woman with a fickle memory; Mohammed, Yemeni owner of the corner store; Manny’s stoner buddy Tykeen Wong Chang; Evelyn’s dead mother, an energy-healer whose spirit hovers over the play; and Candi herself, whose inner life the performer also lets us in on.

“I never write about people I don’t know or I haven’t met,” she told me. But her pieces are informed by avid observation. “I feel sometimes I was brought to this earth to notice the things that a lot of folks don’t notice. I can watch a 90-year-old woman crossing the street, with her cane, her body, her face, when no one else sees that person. If there’s a disabled child, people kind of want to look away. I want to really look at that child, to say, ‘You are here, I absolutely see you.’ Literally, all my body can do, and my mind and my heart and my soul, is be here with this child, with this woman.”