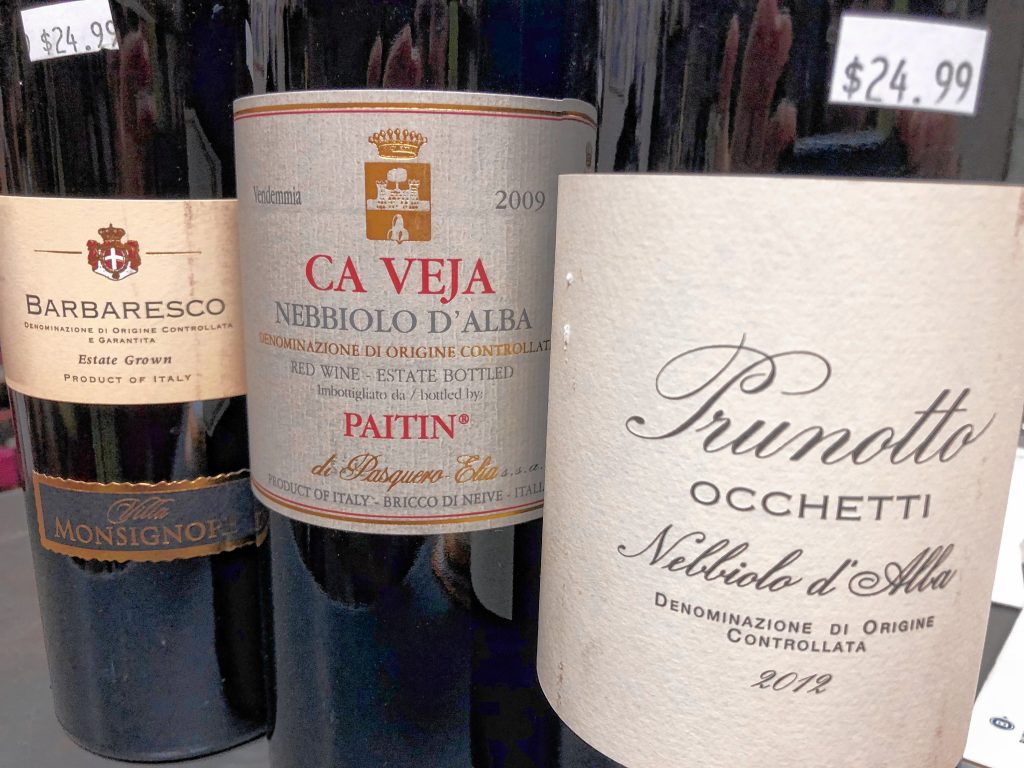 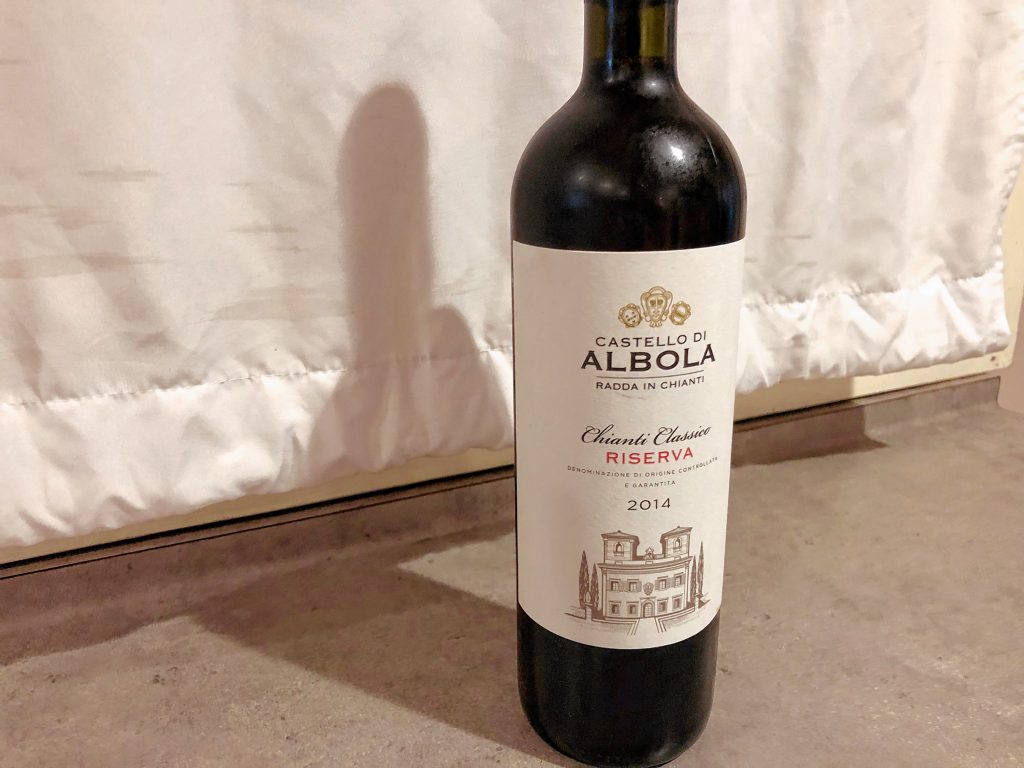 At age 2, my grandfather emigrated from Bonito, Italy, on the good ship Colombo and docked in Ellis Island in 1922. He became a U.S. citizen the old fashioned way — by waiting in a relatively short line, getting deloused and having his name changed from Crescenzo to Christopher. That’s basically all anyone needed to do to become an American in those days. How times have changed. And how lucky our family was that he didn’t get separated from his parents and put in a cage in the shadow of The Statue of Liberty. 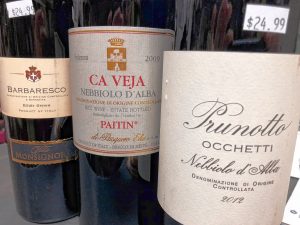 I never got to meet my grandfather. He died before I was born. But my grandmother — who was born shortly after her parents arrived from Abruzzo, waited in line, and were deloused — always told me how much I would’ve liked him. She told me how much he liked to laugh and dance and how he had a naked lady tattoo on his arm. And, if I gave my Nana enough wine, she’d regale me with stories of his wartime heroics as a tailgunner in a B-17 during WWII. My Italian-American heritage informed pretty much every aspect of the young Christopher Belmonte. That’s my real name, by the way. And my father’s name. But DON’T call me “junior” or “The Third.” I have a different middle name than my grandfather and my father doesn’t have a middle name. They couldn’t afford one.

At my Nana’s table, every major American holiday had an Italian culinary component. Easter was ham — but first gnocchi, meatballs, and sausages. Thanksgiving was turkey — but first ravioli, meatballs, and sausages. Christmas was spaghetti with a tomato-based lobster sauce and meatballs and sausages (for the un-shellfish). But there is one glaring omission from the table in my Italian-American upbringing: Italian wine. True, my Nana loved to tell me stories of my grandfather after she had a little too much White Zinfandel. And Zinfandel, when it’s not a pink abomination, is the most Italian of American grapes. Primitivo immigrated to this country with Italian immigrants a few years before my grandfather got here. It had its name changed, too. Primitivo became Zinfandel. But White Zinfandel is barely a wine, let alone an Italian wine. The love of Italian wine is a huge missing piece of my gastronomic heritage. I love wine so much but when it comes to my palate, I’m decidedly a Francophile. However, I’m yearning to reconnect with my heritage.

There are some interesting wines from the regions from which my family emigrated. Abruzzo has the well-known Montepulciano d’Abruzzo. It’s mostly thought of as an anyday pizza wine. And from Avellino, in the Campania region, there is the incredibly named Lacryma Christi del Vesuvio, the “Tears of Christ on Mt. Vesuvius.” Jesus cried on the volcano and made the grapes grow. No Catholic guilt there. The “tears” that I’ve tried have been good, but hardly a religious experience. I was glad to be introduced to Avellino’s Aglianico grape by an uncle-by-marriage who still has family in the old country and who has returned for the grape harvest. Some have called Aglianico one of Italy’s top-three wine grapes but I admit it’s not a favorite of mine. I feel like a traitor to my heritage. 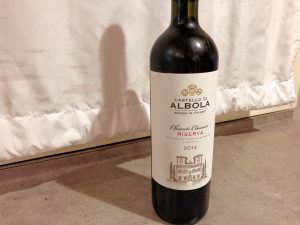 Then let’s go North, up Italy’s boot to its more famous wine regions of Tuscany and Piemonte. Perhaps I’ll reconnect with the wine of my people there. Not that Italy really has a unified “people” identity. It’s too reminiscent of Mussolini. And try telling a Sicilian they’re Italian. Nevertheless, I recently tried a 2014 Chianti Classico Riserva from Castello di Albola, from the iconic wine region of Tuscany. Sangiovese is the predominant grape of Chianti. Chianti being a place, not a grape. And in the heart of Chianti is a smaller region designated as “classico.” The smaller the place from which the grape is grown, the more you can charge per bottle. And, theoretically, that small place got its reputation for having really great soil or sun or sea air to make it special and thus, more sought-after. This Castello di Albola Chianti Classico Riserva boasts of being from a high-altitude vineyard and is a good example of a relatively affordable Chianti Classico, about $28. Perhaps it’s too steep for your wallet? Well, that’s what you get from a high altitude wine. But it’s got what you want for a flavor profile from a Chianti Classico. Red berries. Savory spices. Some truffle. And what I get from almost every Italian wine: leather. If your wine smells or tastes like a really expensive leather sofa, it might be Italian. This wine was really nice, but nice like that nice Italian girl I dated for two weeks in high school. Not the wine of my dreams. Let’s go further North.

Piemonte, often Ellis-Islanded to “Piedmont,” is famous for the grape Nebbiolo. I tried three wines made from Nebbiolo: the 2012 Prunotto Occhetti Nebbiolo d’Alba (or from Alba in Piemonte), the 2009 Ca Veja Nebbiolo d’Alba, and a 2011 Villa Monsignore Barbaresco. Barbaresco is a place made up of wine “comunes,” This one comes from the Neive commune of Barbaresco. Barbaresco is one of the five fine “B” regions of European viticulture (Burgundy, Bordeaux, Brunello, Barolo, and Barbaresco). All three of these wines that I tried are made from the Nebiollo grape and were all made within about 25 miles of each other. All three were about $25. All three had their distinct differences. The Barbaresco, queen to Piemonte’s king — Barolo is the most prestigious, the most well-integrated, and the most balanced of the three. I thought it was the best. Despite growing just about 10 miles away from Piemonte’s King Barolo, Queen Barbaresco is far cheaper. Even prestige wines are fighting for pay equity.

Nebbiolo is probably my favorite Italian grape. It’s like Italian Pinot Noir. But that’s the thing. I’m Italian-American. I should be comparing wines from France to Italian wines, not the other way around. The Chianti paired well with the rigatoni meatballs and sausages I made, just like Nana taught me. MSG included in the meatball mix. Turns out that was her secret ingredient, and I have recently rededicated my life to its salty goodness, despite the unscientific opposition to it. The Barbaresco worked well with a chicken dish that my not-actually-related Wine Uncle from State Street in Northampton made for our tasting. That wine would likely work well with Thanksgiving dinner. Both with the turkey and ravioli, like Nana used to make. All these wines were very good. But I want to drink wine that will change my life. And, so far, I haven’t had a moment like that with any Italian wine. I’m sorry Nana! I’m sorry Crescenzo Belmonte! Now excuse me as I open this bottle of Givry from Burgundy in France and contemplate my identity crisis.