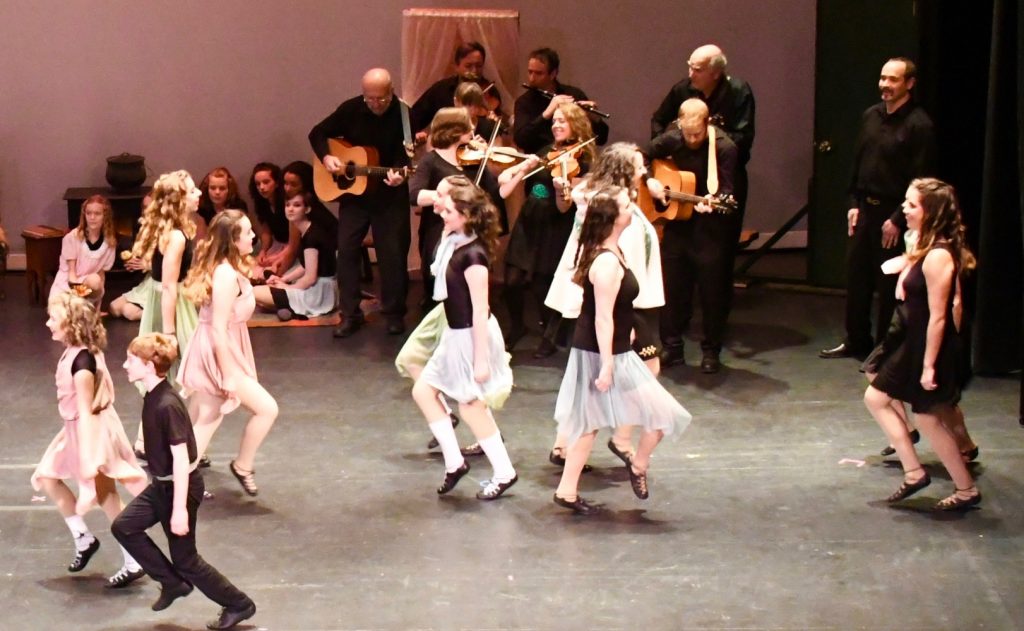 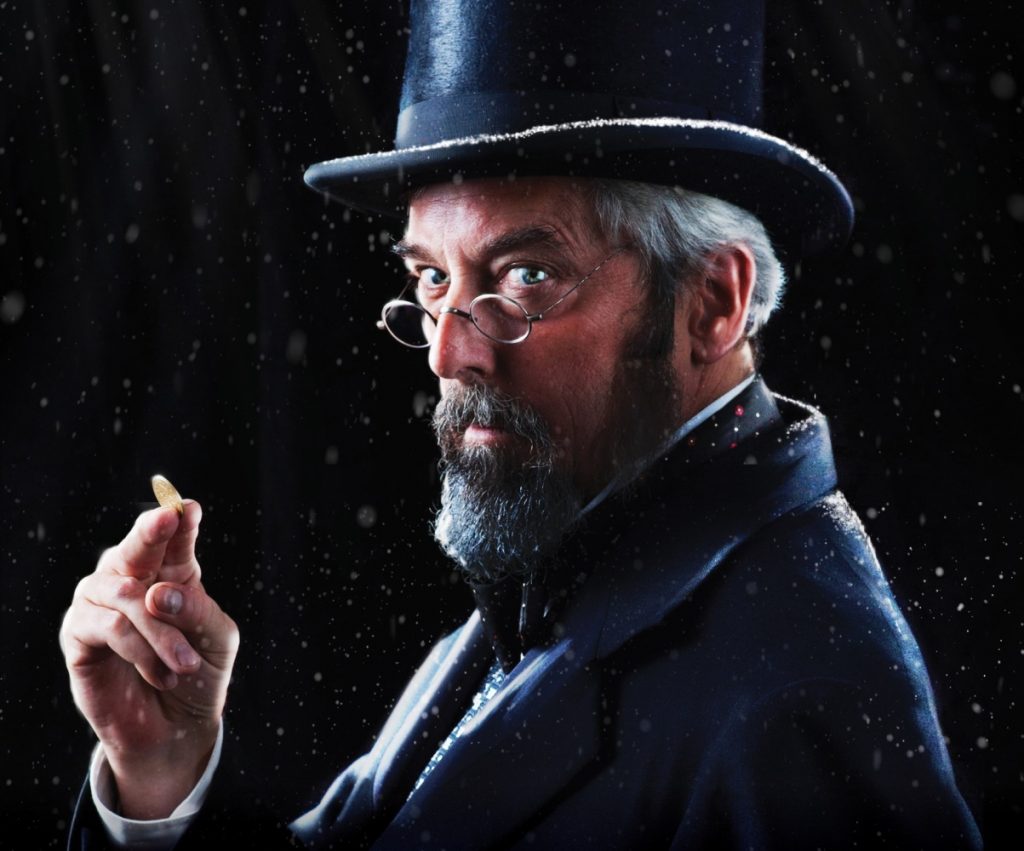 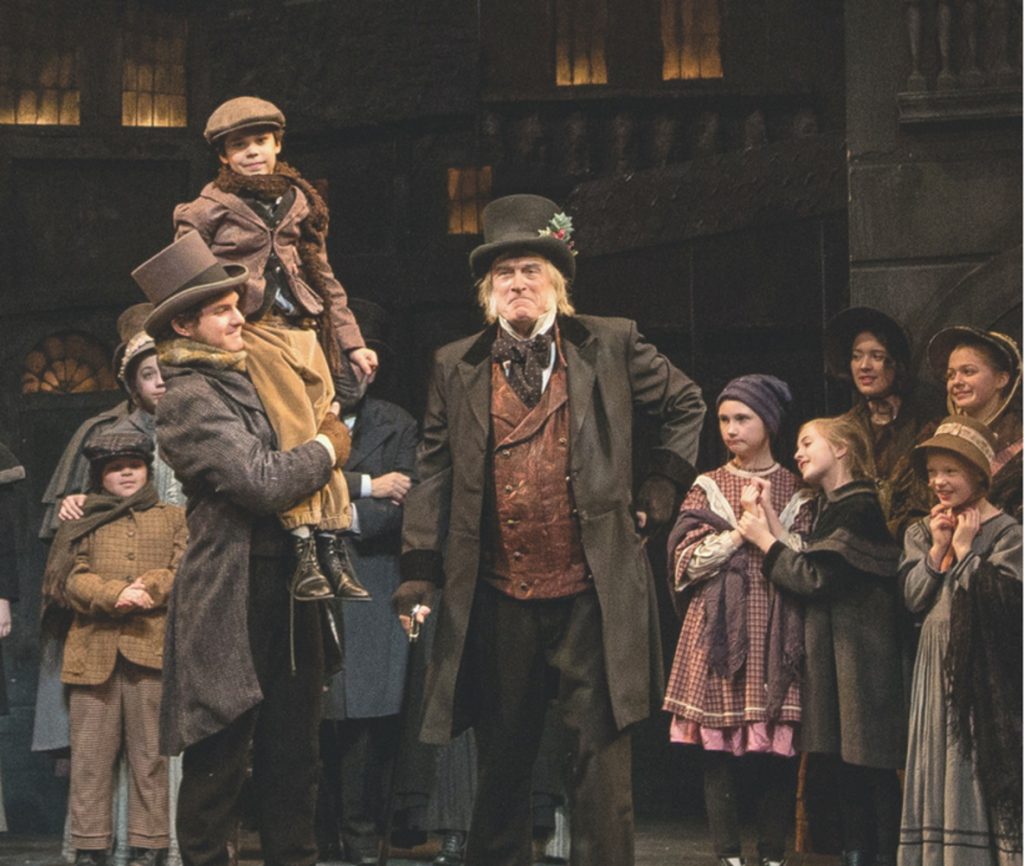 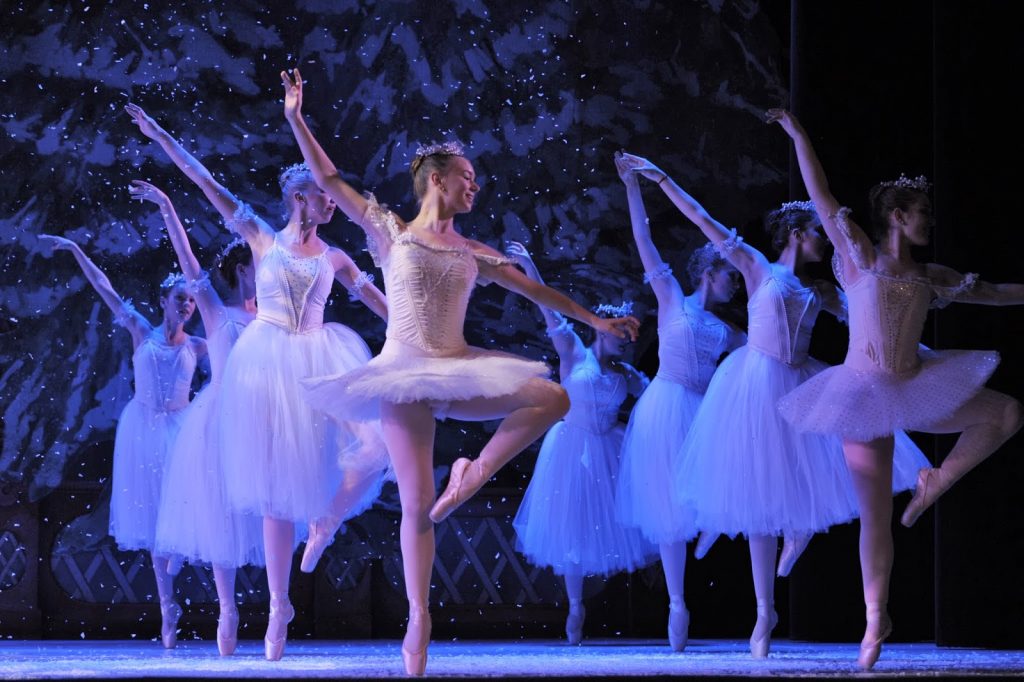 Charles Dickens’ classic tale of the mean old miser who gets the Scrooge scared out of him by midnight spirits is likely the second-most often retold Christmas story, after the one about Jesus. The Russian fairy tale about the little girl and the nutcracker is probably number three, thanks to Mr. Tchaikovsky’s ballet. Both get workouts, trad and twisted, on area stages this season.

A Christmas Carol is a longtime staple at regional theaters in Hartford and the Berkshires – more on those below. Meanwhile, in the Valley, Silverthorne Theater Company imagines the fable unfolding in a 1930s radio studio, where a team of actors are broadcasting it to eager ears across the nation, complete with live sound effects and period commercials. Performances are Dec. 13-15, rotating through three Franklin County venues.

In this “on-air” version, six actors in period dress perform 33 roles in front of old-fashioned microphones. Michael Haley, who wrote the adaptation, is the irascible Ebenezer, with John Iverson at the sound foley. Director John Reese says part of the show’s purpose is to revive “the art of actually listening” in today’s world where films and TV “leave so very little to our imagination, whereas radio broadcasts in the ’30s and ’40s stirred the senses of the listener.” 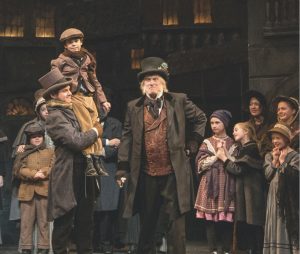 In Pittsfield’s Colonial Theatre, the Berkshire Theatre Group presents its 14th incarnation of A Christmas Carol (Dec. 7-21). Eric Hill stars as Scrooge in his original adaptation, a full-stage rendering that involves dozens of local children and adults and weaves in a tapestry of carols.

First performed on the company’s intimate Stockbridge stage, the production moved to the capacious Colonial in 2011, the year Berkshire resident James Taylor made a guest appearance as the timorous clerk Bob Cratchit. It continues there, with an ever-growing cast and yearly tweaks to special effects, but always emphasizing the redemptive message at the heart of the tale – what Hill referred to a while back as essentially “a story about transformation.”

At Hartford Stage (Nov. 29-Dec. 28), Michael Preston is now playing Scrooge, having taken over two years ago from Bill Raymond, who made the old fellow’s midnight rounds for the production’s first 20 seasons. Preston brings a bit more of a twinkle to the role – for one thing, he juggles – but the production around him remains just as heartfelt and, in the show’s signature attraction, technically awesome, with theatrical magic that includes snowflakes falling on the audience, glow-in-the-dark apparitions, visions of hellfire, and flying. 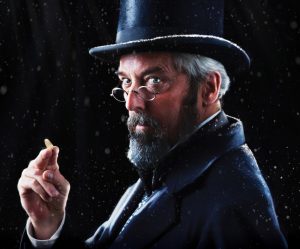 Adapted and originally directed by Michael Wilson, artistic associate Rachel Alderman has taken the helm lately, with a large cast that’s a mix of pros, student actors from the Hartt School, and an ensemble of 28 local children.

Both the Pittsfield and Hartford productions have added “sensory-friendly” or “relaxed” performances to their runs. These are slightly modified to accommodate people with sensory-input sensitivities, such as those with autism, as well as for very young children. The house lights stay partially lit, harsh or sudden sound and lighting effects are toned down, and talking and moving during the show is welcomed. 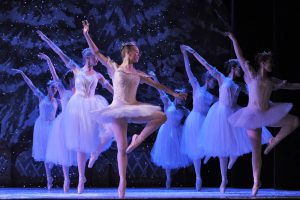 Two quite different Nutcrackers grace the venerable stage of Northampton’s Academy of Music this month. The Pioneer Valley Ballet’s performances (Dec. 13-15) are the company’s 41st outing with this evergreen, featuring a cast of PVB’s pre-professional students, visiting guest artists and 250 dancers from the Valley and beyond.

The weekend includes two special performances and an added extra. The Friday matinee is a condensed version of the show (half the length of the full performance) with the kinds of sensory accommodations offered by the Christmas Carol companies, plus a narrator. It’s also, PVB co-director Thomas Vacanti told me, “perfect for the littlest audience members and a great way to introduce young kids to The Nutcracker.”

Before the Sunday performance, children are invited (for an extra charge) to enjoy “Storytime with Clara” on the Nutcracker set. And for grownups, the Friday evening show is a Nutcracker-plus “date-night” evening, with added entertainment by the UMass Doo Wop Shop “and other fun treats sprinkled throughout.” 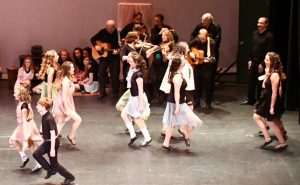 The following weekend at the Academy (Dec. 21), Celtic Heels Dance Company’s A Celtic Nutcracker transplants those sugarplums from a Russian parlor to an Irish cottage, and from the Land of Sweets to Tír Na Nóg, the Celtic Neverland. Here, Tchaikovsky meets an Irish fiddle band and toe-shoes give way to clogs and jig shoes in “traditional dances with a modern flair from each of the seven Celtic nations,” according to director Cara Leach. The young heroine “even meets a few leprechauns along the way!”

Next week: A holiday potpourri – First Night, improv, Jane Austen, Advent, a couple of Grinches and an Irish skull.