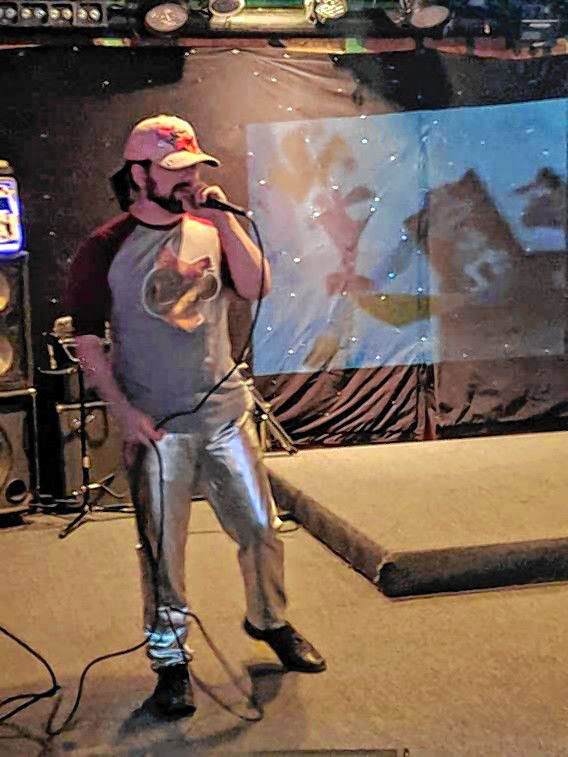 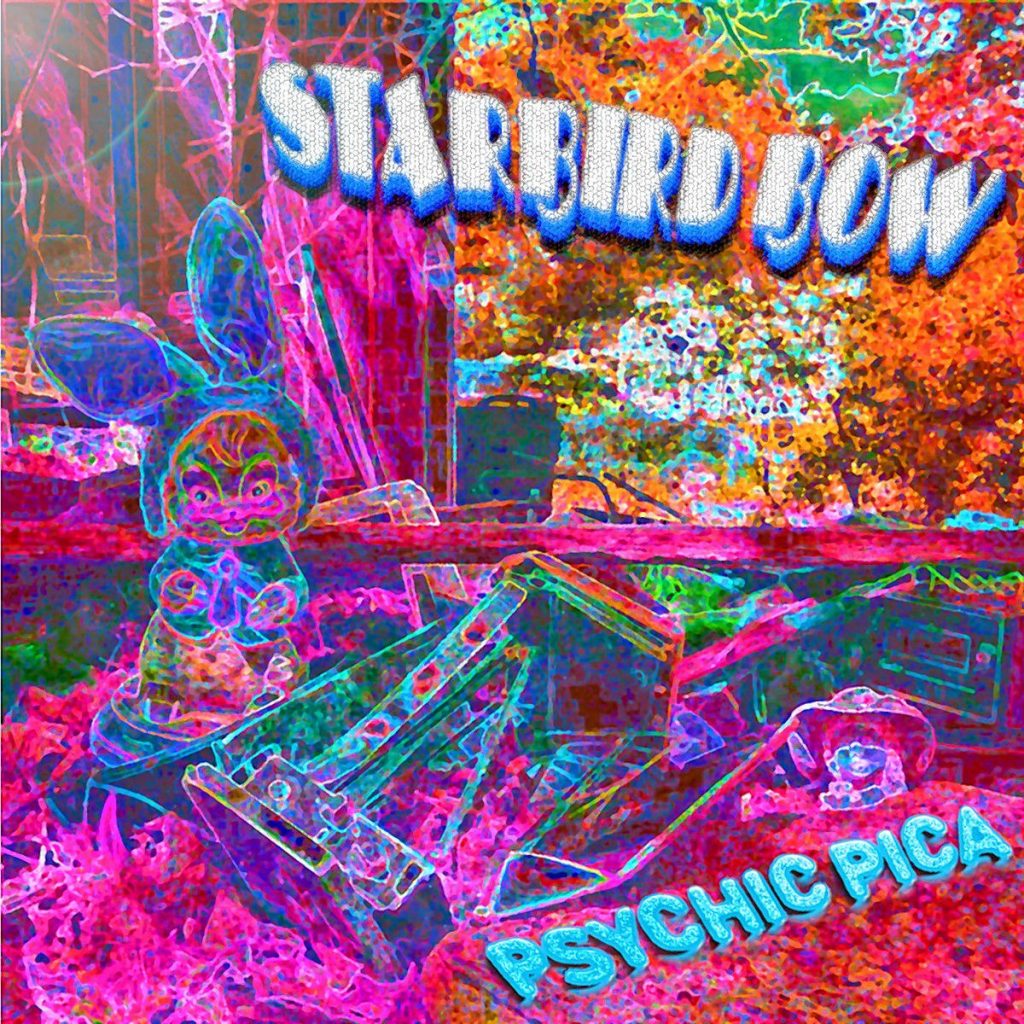 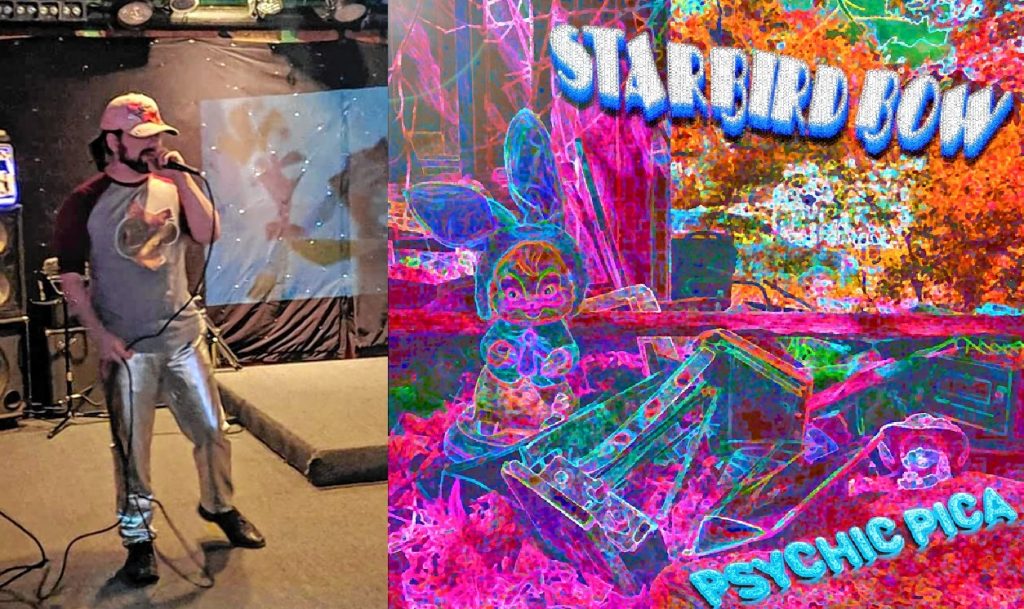 Valley musician Eric Cunha started playing drums when he was a baby. For one of his first Christmases he got a Muppet’s drumkit that initiated it all. He would end up getting other toy drum sets throughout the years until he got his first real kit when he was 10. In addition, his dad spun vinyl for a local roller rink in the ‘80s and MTV was a fixture on the TV at the house growing up. Music was in his blood from the start.

Cunha started out playing along to rock classics, Def Leppard, Van Halen and Led Zeppelin. Later on he got into Nirvana and other bands mirroring their genre. He tried to get some friends to start a band which led to one of his friends leaving their karaoke machine at his house. For the week that machine sat there, he experimented with recording on top of himself by using the dual tape decks. 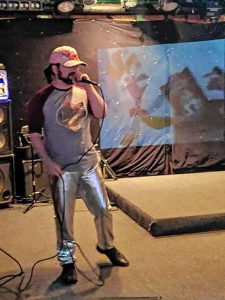 “First I’d play the drums and then add other instruments and vocals between the two tapes,” he explained, “until the end result sounded like a wall of farts, with the drums barely audible.” He was then in his “tweens” and already starting the process of musical production.

He later picked up the guitar, and also got a 4-track recorder from Downtown Sounds. Little by little he was acquiring all this musical knowledge.

Throughout high school he played drums in a couple bands — Madhappy and Knuckle Sandwich. The mixer Madhappy used helped Cunha a lot with pinning down the sound of the recordings.

“I turned one side of the basement into my own studio laboratory, obsessing over Beatles records, and how they got some of those sounds,” Cunha said. “I’d flip tapes around, screw with different recording speeds, and I soon learned how to make loops. I’d stick microphones around my drumkit, and a couple at the other end of the basement, in order to get a boomy Steve Albini drum sound.”

His musical taste started craving punk, indie rock, new wave, and psychedelica. He got into the bands that his favorite bands were into and he not only recorded his own songs, but he also recorded his friends’ bands as well. He played guitar and sang in a couple bands in his 20s before he took a brief break to mainly focus on recording with his computer. Then he started playing again in bands Alottle and local fave, Problem With Dragons. 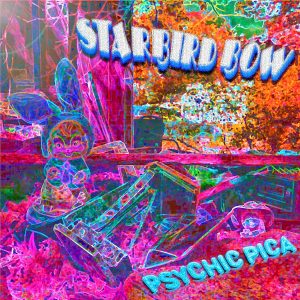 Local musician Jay Majerowski (Dust Witch, Human Ignorance) had approached Cunha around 2012 about a recording project. “Every blue moon, Jay would bring lots of ‘sick’ gear (mostly funky keyboards and funkier drum machines) over to my house and we’d record for hours.” Cunha said. Alottle has ended in 2015 and the musical project Starbird Bow had become his main focus for writing songs.

The self titled debut album was released in 2015. The followup album, Psychic Pica was released four years later — this past September.

“A number of songs have references to a long term relationship that ended, right around when Jay and I finished the first album,” Cunha explained. “I’ve never been comfy with writing lyrics that were direct or confessional, so I took the vague route.”

Opening track “Igloo BBQ” kicks the album off with a happy, easy listening vibe with so much psychedelica that your brain automatically produces bouncing waves of colors to go along with the beats. “Exaggerated” follows with the same Flaming Lips-style electronica with cool, alien-ish sounds and upbeat notes and soothing vocals.  “‘Exaggerated’ is probably a little more direct than the other tunes,” Cunha explains. “Towards the end of working on the album, I noticed a lot of references to communication: ignoring calls and warnings, having the void on hold, using morse code, etc.”

‘80s synth pop psychedelica is super intense throughout. I hear hints of notes that could have easily been part of a Pink Floyd or Talking Heads track. Third track “Dodecahedrons Spinning” and the fourth track “Post Present” are definitely two of my favorites on the album.

Most of the tracks came about from jamming at Cunha’s house. They’d listen, then tweak, then add more layers to produce the tracks. “Over time, a 20-minute jam would become 10 minutes, which might become four minutes,” Cunha said. Little pieces that they thought were too good to toss ended up serving a purpose in another song.

“Turning the mush into songs was the least stressful part of the album,” he said. “Whereas the words and the vocals were not.” It was many long, foggy nights of Cunha up recording through the night on his own that just led to him reviewing and criticizing his own work the next day. He’d start over because he thought what he did the night before was sloppy.

Along with Majerowski who played various synthesizers, Cunha had a few other musicians on the album. D.A. Bassett (Flock and Field, Two Tents, Flocci) helped work on overdubbing, and song structures. “It’s all him in the middle section of “Sea of Blood,” Cunha said, “and he really deserves a lot of credit for tying that song together.” Cunha’s old Alottle bandmate Piper Preston played saxophone on “Rubber Road” which is a track that plays homage to the arcade game Roadblasters. Preston also saxed on the closing track “You Kept Me Still.”

Two of his cats “the late, great Dick York and Vigo” lent their “yowls” at the beginning of “Hiding From the Sherpas.” They even get credit for that on the album. Once I realized those were his cat names, I liked the album even more. “I also had got my dad to play bugle on the last track; I told him it was just needed to ‘test the microphone,’” he said, “After he was done, I layered his part a couple times, pitching each one a little wonkier than the last. I wanted it to sound like a horn section got left out in the sun.”

The album name came from randomness he jotted down in a notebook; Cunha liked how it sounded. “Might be a stretch, but I’ve thought that maybe it could mean spending obsessive amounts of energy on feelings that don’t help you any,” Cunha explained. “Chewing on the ice cubes that keep your soul chilly. Or nothing; it means nothing!” Whatever the interpretation you leave with after listening, I guarantee you’ll be dancing and/or swaying in your seat … or the floor, unless your soul is in fact chilly.

The next show for Starbird Bow will be on Saturday, December 7 at 13th Floor Music Lounge, 99 Main St., Florence with Mothman Apparatus, Peak Fiction and Hundred Pound Hanger. 18+, $10, 9 p.m.