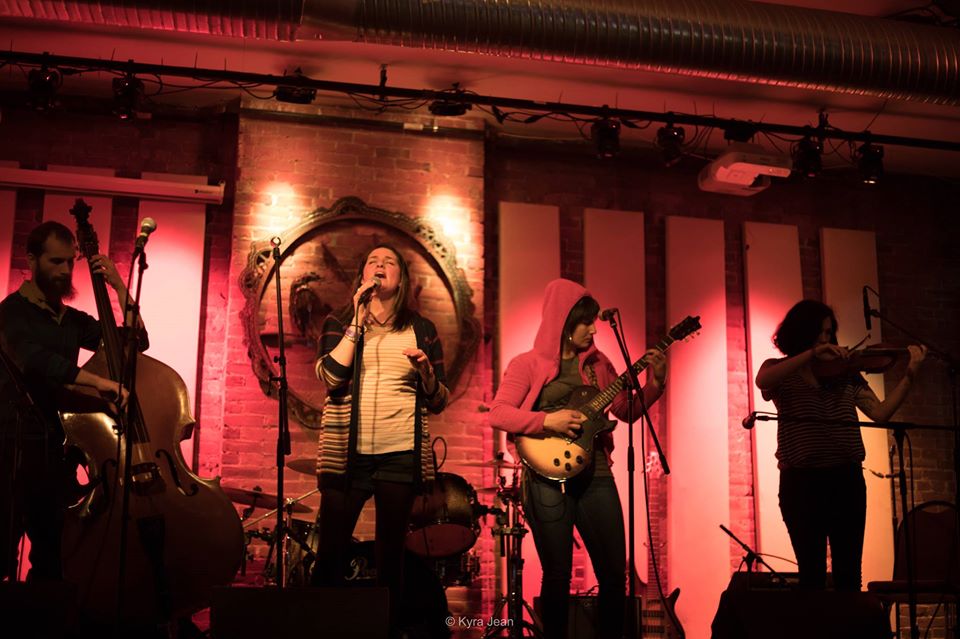 “Just Like Old Times,” the latest album by Rosie Porter & the Neon Moons, has a good ole timey feel that is packed with wonderfully fresh energy. And you would swear the band were straight out of the bayou with its ragtime guitar, sentimental lap steel guitar and Southern swing, but in truth they are western Massachusetts’ very own country honky tonk. The band is comprised of Rosie as the songwriting singer, Tommy LeBeau as guitarist, Greg Hall on bass and vocals, Mike Benoit on drums and Doug Beaumier on steel guitar. Catch their elegant country-feel at the MGM in the lobby bar. Free. One MGM Way, Springfield. 8 p.m. to 10 p.m.

Crooked Still and Lula Wiles at the Shea Theater // TUESDAY

This is a double bill that could well take place on a weekend except for a very busy schedule that Northampton’s Signature Sounds, the producer of the concerts, has cooked up of late. Crooked Still has earned many accolades over the past 16+ years as an alternative bluegrass band that can veer off into wild and exciting directions, releasing five albums that one critic said were marked by “impeccable songwriting and musicianship.” The Americana trio Lula Wiles, meantime, have turned heads with their tight harmonies, smart songwriting and tasteful playing on fiddle, acoustic guitar and bass. At 7 p.m. (doors open at 6:30 p.m.); seated tickets are $40 in advance/$45 at the door, standing room are $30/$35. Signaturesoundspresents.com

What better way to support the fledgeling artists than by checking out their early efforts? Such may be the case with the Bing Arts Center Short Film Festival, which invites students as young as middle school to submit work, which will be unveiled at the festival. Short films produced by students and adults alike will be screened at the Bing on Friday at 8 p.m. The movies are all between one and five minutes, and the arts center has encouraged entrants to submit all-aged subject material. The event is $5. Bing Arts Center, 716 Sumner Ave., Springfield. More info at bingartscenter.org.