Jazz for the holidays: FlavaEvolution to play their take on some holiday classics at Gateway City Arts 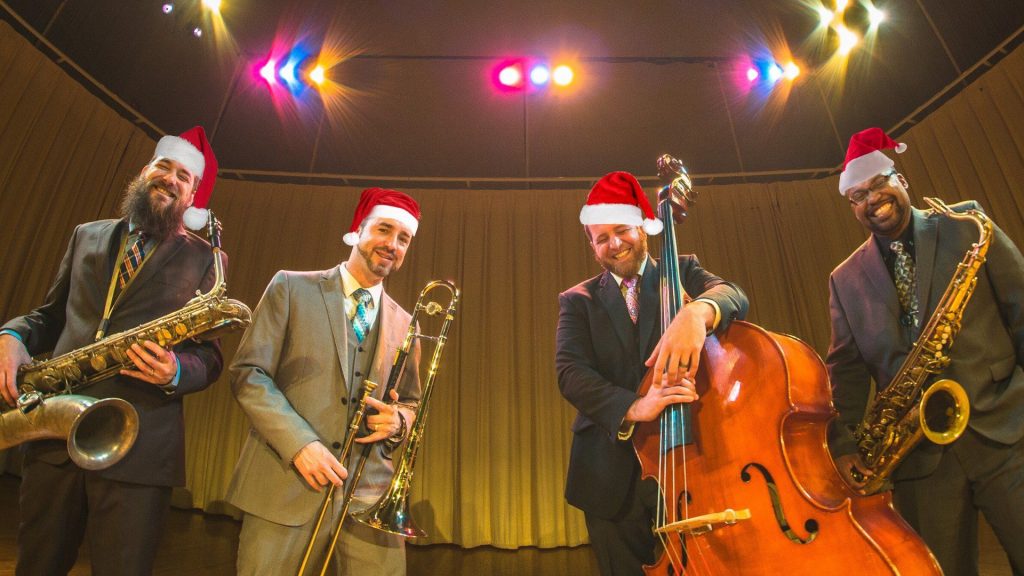 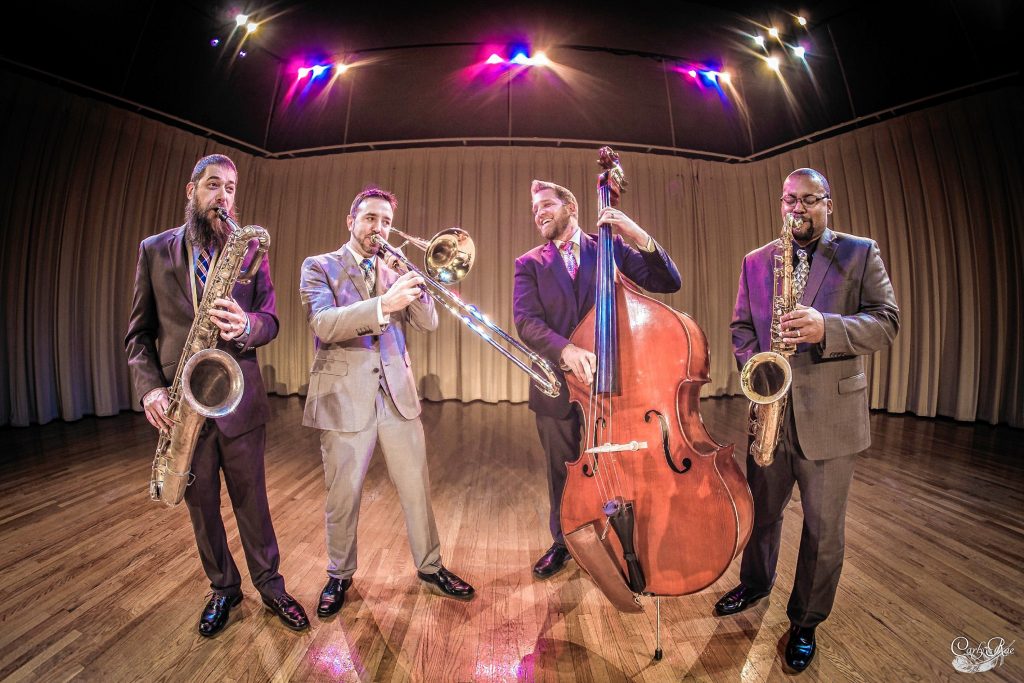 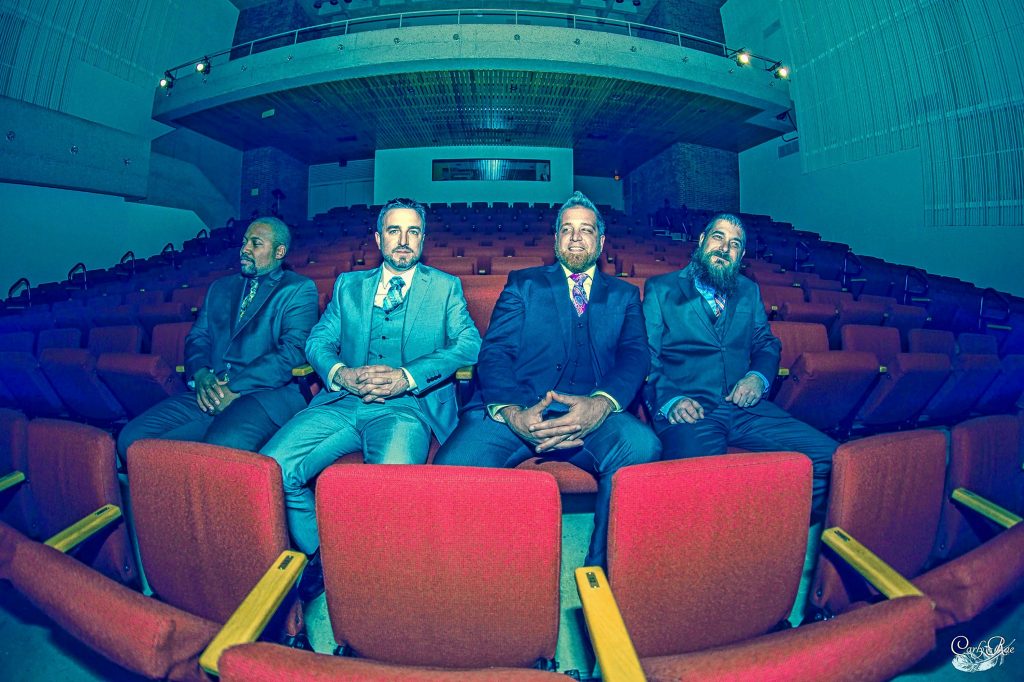 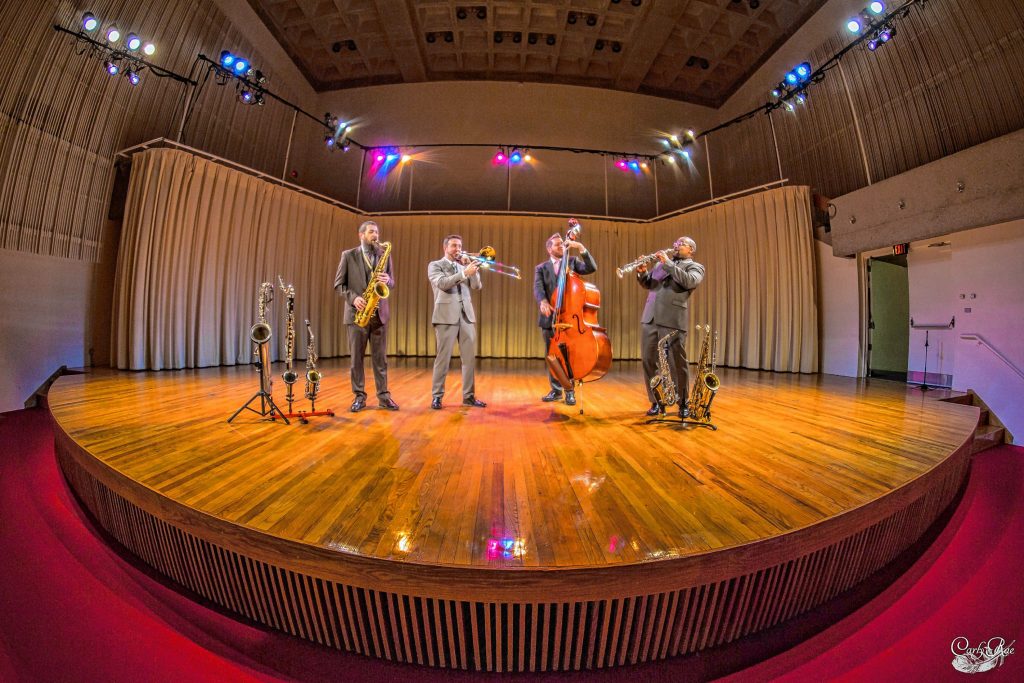 David Picchi, who conducts arrangements for jazz quartet FlavaEvolution, labels the group’s sound as “fresh new jazz music for your mind and soul.” 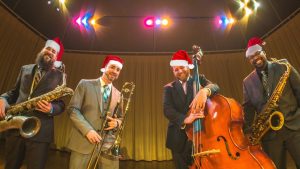 “We’re trying to bring something that you haven’t heard or things that you have heard and put them into new contexts to engage you and make you feel something,” Picchi says.

FlavaEvolution will play a holiday show at Gateway City Arts in Holyoke on Saturday, Dec. 14, at 8 p.m.

FlavaEvolution formed in 2008 when Picchi and Frank Newton, both composers, wanted a new project to pour their creative writing ideas into. They intended to design the group as a performing ensemble rather than a recording project. Picchi and Newton, who were living in Northampton at the time, strayed away from their original idea of forming a six-piece music group with piano, bass and drums since local venues were too small to hold such a large jazz group on their stage. Keeping horn instruments as a priority, they cut out the rhythm section to narrow their group down to four performers.

Newton and Jake Weiner take on the saxophone and woodwinds roles, while Dan Hendrix plays the trombone and Picchi performs on the double bass. Using few instruments that cover a range of pitch, timbre, and dynamic, the group has been able to showcase their sound at over 40 venues across the Valley.

With talented artists flourishing across western Massachusetts, FlavaEvolution chooses to have fun with their music, overcoming any difficulties that come with performing locally.

“It is a challenge to find venues, lineups, and projects that people want to hear and be a part of. There are a lot of musicians in the Pioneer Valley,” says sax player Weiner.

With each band member serving as a local music educator and professional performer, “being a musician in the Valley is like figuring out how to diversify your skill set so you can work all the time,” says Picchi who is a music teacher at Amherst College and a director for a UMass summer program, “Jazz in July.”

As a musician with experience in various musical contexts, such as being in a Top 40 band and being a private music instructor, Picchi emphasizes the importance of diversifying what you’re able to do in terms of genre. The sounds FlavaEvolution puts out reflect this ideology, he says.

As for their show on the 14th, audience members can expect to hear a range of holiday favorites including selections from Tchaikovsky’s Nutcracker ballet, to jingles from the Charlie Brown Christmas special. FlavaEvolution will also play songs from their 2012 holiday CD, Chills which covers popular R&B wintertime themes.

“You’re going to get engaged in what we’re doing. It’s very conversational. Frank MC’s the whole evening talking in between every tune,” Picchi says. “We try to draw the audience into the experience as much as possible and get you laughing and clapping and being thoroughly engaged for the whole thing. It’s a good time.”

Tickets for their show are available through Eventbrite for $12 or pay $15 at the door.