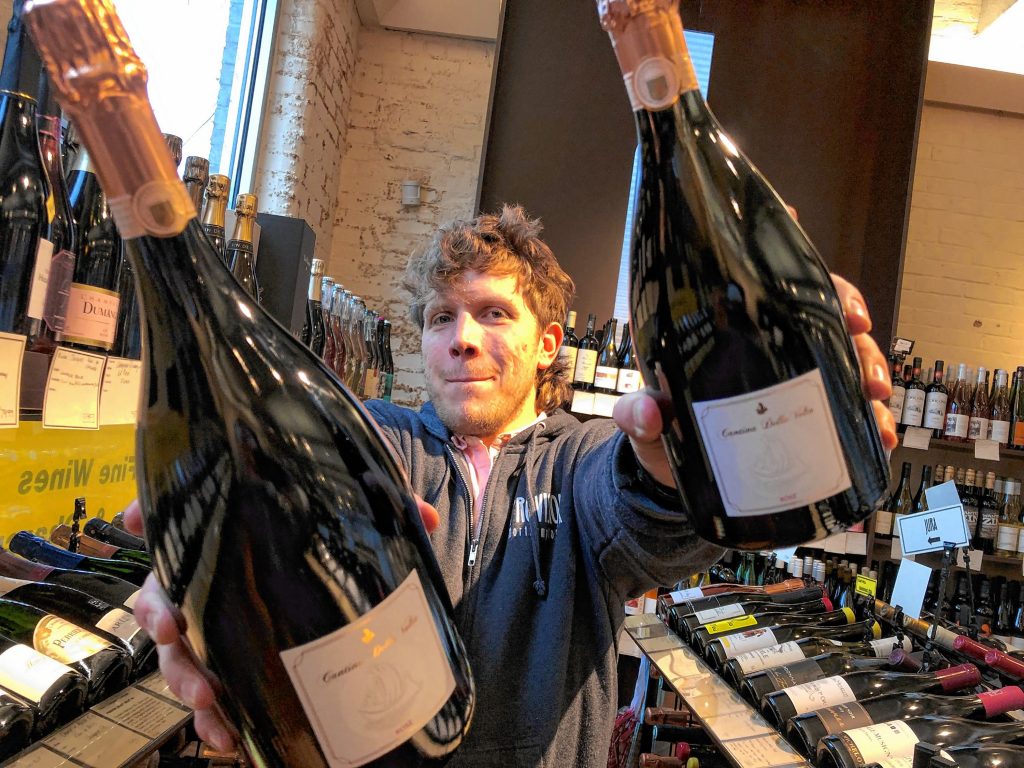 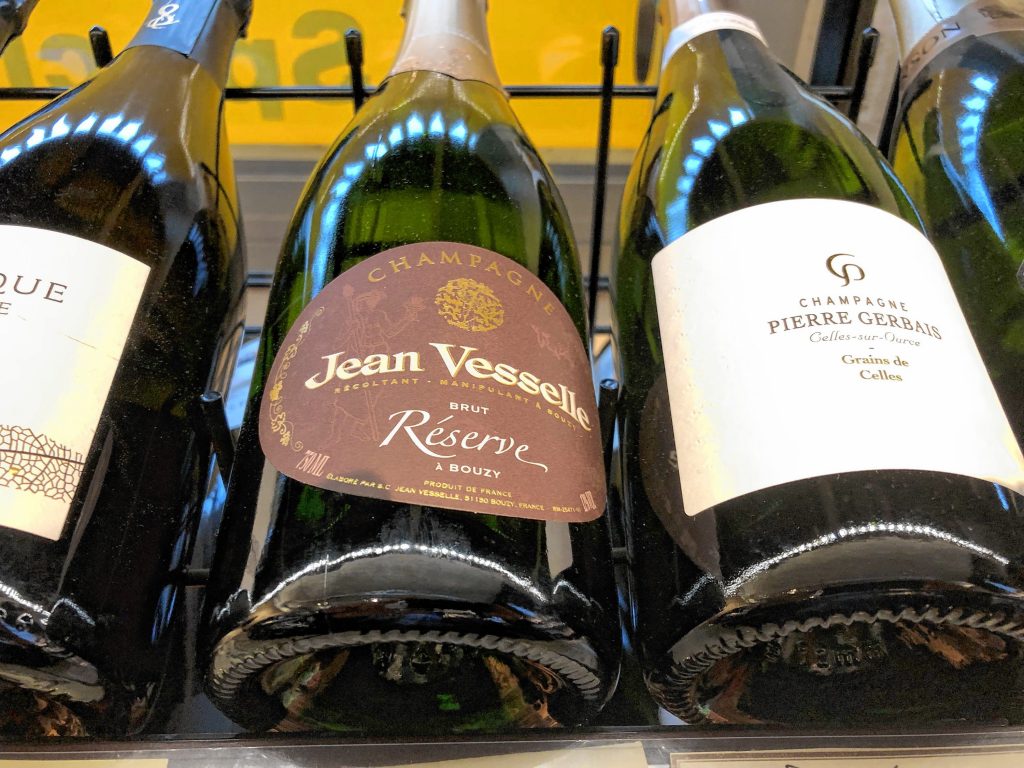 We are entering into the year 2020. That year sounds fake. Like a future I never imagined myself seeing. Where is my jetpack? Where is my visiphone? Oh, I have that? Nice! 2020 is, of course, an election year. If you are anything like me, you will be doing a lot of extra drinking because of that fact. And if you are going to be toasting to the hope of a brighter future this New Year’s Eve, perhaps you’d like something bubbly. 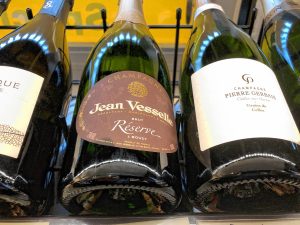 The famous Louis-XIV-era monk, Dom Pérignon, whom many people (incorrectly) think accidentally invented Champagne, is quoted as having said about his sparkling wine, “Come quickly! I am drinking the stars.” Turns out that quote is probably fake news too, as the first account we have of that phrase appears to be a print ad from the late 19th Century. And nowadays, Dom Pérignon is the name of the “tête de cuvée” (which is like the crème de la crème of a Champagne house) of Moët & Chandon. I just had some DP (as wine snobs call it). It was very good. I don’t know if it’s $200 good. But, hey we’re heading into a new decade. Maybe splurge. But keep in mind, you are paying extra for that Champagne’s ad budget. How else can they keep all the false Dom Pérignon rumors afloat?

I’ve mentioned many times in this column, I drink sparkling wine on the regular. It doesn’t need to be a special occasion to uncage a cork. Life itself is a gift and can be celebrated anytime, not just on New Year’s Eve. Since I’m so cheap, my tongue’s regular bubble bath is rarely Champagne. Remember that only sparkling wine from the Champagne region of France is actually Champagne. Don’t embarrass me by calling EVERY sparkling wine “Champagne.” Have I taught you nothing? I used to get excited when someone would tell me, “I got you a bottle of Champagne!” only to look at the bottle and see it was a Prosecco. Not that I am opposed to that style of wine. But, you know, it’s not Champagne. Whether it’s the limestone soil, or the slopes, or the microclimates the wines from Champagne are special and thus usually more expensive.

One: Jean Vesselle Brut Reserve. It’s what’s called a grower Champagne, meaning made and produced by farmers in a smaller production. Most of the famously named Champagnes are created by “negociants.” Negociants take the grapes from different small Champagne famers to create wines sold under their own name. The Vesselle family has been making wine in Champagne for 300 years. They grow their own grapes and make their wines on site. And it’s only about $35.

Two: Duval-Leroy Brut Reserve. Another fun and affordable choice, this time from a female-fronted Champagne house, with its President Carol Duval-Leroy. They also have a female cellar master. To have a woman in both roles is exceedingly rare. Shockingly. You can sometimes find this one for under $40 as well. Those prices are all well and good for New Year’s Eve. But what about the sparkling wines you’ll drink every day in 2020? Luckily there are lots of good choices. 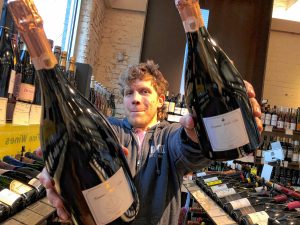 I popped over to Provisions in Northampton, where I talked with their beer buyer, David Marks. “You should be asking me mostly about barrel-aged beers, but it’s OK.” I asked what he likes for affordable sparklers. He chose the Jo Landron ATMOSPHÈRES, a sparkling wine (but not Champagne!) from the Loire Valley in France. “It drinks like a $30-40 bottle but it’s 20 bucks,” Marks says. “It’s a weird grape varietal which nobody has ever heard of, Folle Blanche, and 20% Pinot Noir. It’s a little funky. It’s natural wine.”

Then he asked what might be construed as a controversial sparkling wine question, “What about Lambrusco? Do you get into that?” Lambrusco got a bad rep in the ‘70s for being too often poorly made and too sweet. But there are good Lambrusco. I do get into it. Marks says, “With some people, there is a cult following of Lambrusco and other people think of it as the stuff their grandmother wants to drink.” He recommends the Cantina Della Volta Rose di Modena Spumante. It comes from the Emilia-Romagna region of Italy. “The reason we love this is, not only is it a rosé, but it comes in a large format,” Marks says. “We love big bottles.” And I cannot lie. “You have to hold it like a baby. And you have to have a lot of friends.” Or a big drinking problem. “It’s like you’re drinking rose petals.” Rose petals with bubbles. Come quickly, I am drinking the stars.

I have a few faithful cheap and dirt cheap sparklings that are decent. They’d be perfect if you are entertaining on New Year’s. Horde the real Champagne for yourself and serve up some of these. Look for the word “Crémant” on a bottle of sparkling. They are made in the Champagne method, where the secondary fermentation that creates all the bubbles happens in the bottle as opposed to a giant tank. Crémant is made in eight different locations all over France (and also in Luxembourg). Wine Folly calls Crémant “Champagne taste on a beer budget.” You can find many Crémants for between $12-$20. Gruet makes sparkling wines from New Mexico and is probably the only wine you ever need to try from New Mexico. You can find it for under $20 as well. Do some experimenting with B&G and Segura Viudas both have some pretty good stuff for under $10.

While I certainly plan on drinking Champagne on New Year’s Eve, and while I plan on continuing to drink sparkling wine regularly, note that many, many sparkling wines add what is called a “dosage.” It’s a boost of residual sugar added back into the bottle after the bubble making process is over. The sugar gets to me sometimes. Rather than a straight-up alcohol hangover, you need to be careful of waking up with an alcohol and sugar hangover.

Now the worst suggestion I’ve ever put in a column. First a disclaimer. DO NOT TRY THIS AT HOME! But do go to YouTube and watch videos of people doing this. It’s called “sabering” a bottle of wine. It’s when a TRAINED PROFESSIONAL literally sabers off the top of a bottle of sparkling wine. With either a real saber or a knife or even a wine glass or another bottle. Here is how to do it (which you shouldn’t do. Although I have done it and it is amazing). First, go OUTSIDE! Take the foil and the cage off the cork. Find the seam on the side of the bottle. Take a hard blunt thing, like a saber or maybe a light saber. Hold the bottle away from you, aiming up at about a 45 degree angle. Don’t point it at anyone. In one swift, smooth motion run your saber along the glass seam and push it past the lip of the bottle. The tip will break and the cork and glass will go flying at about 60mph. Wine will spill out of the bottle. Do NOT put the bottle in your mouth to stop it from spilling! There is now freshly broken glass at the tip of the bottle. It will cut you up. But again, DO NOT DO THIS! Or at least don’t do it with real Champagne. Too much spills out. Do it with the under $10 bottles. You will be a New Year’s Eve hero. But don’t do it.