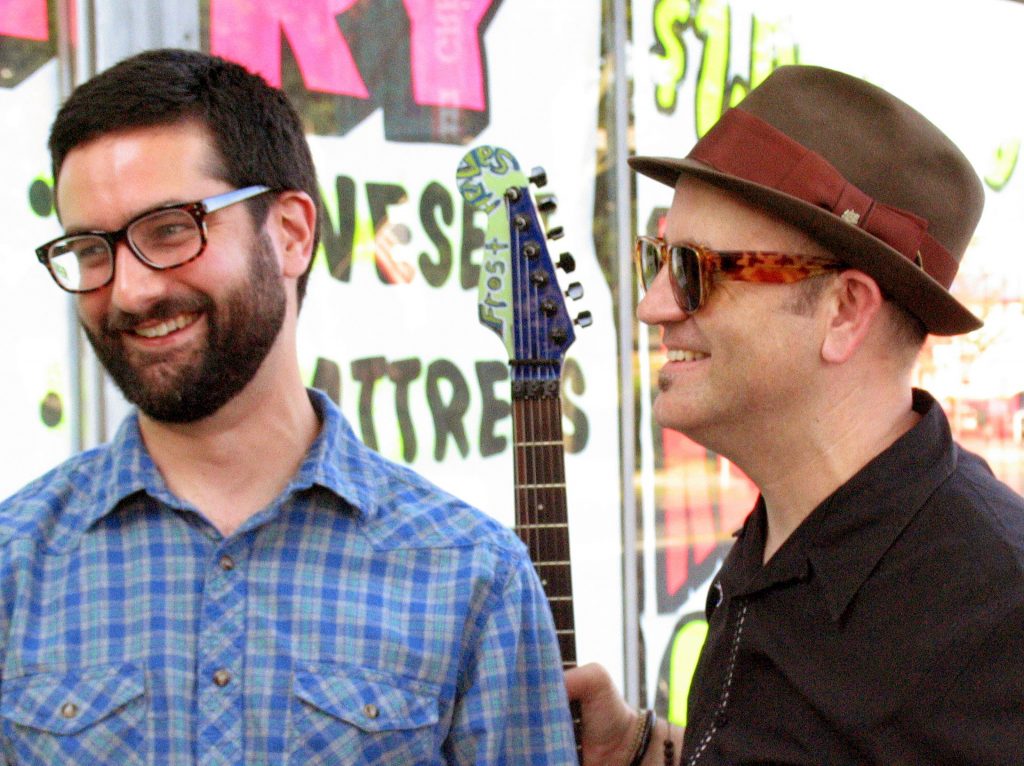 The Frost Heaves and Hales

Books, music and a birthday at Federal St. Books // SATURDAY

There are few better things to celebrate than the re-opening of a bookstore, and such a celebration comes to us this weekend when Federal St. Books has its grand reopening under the ownership of Hillary Hoffman and Neil Serven. At the same event is the release of Advocate Sessions alumni The Frost Heaves and Hales’ new album “Repointing The Steeple.” Their Sessions video is fun, at times made up of short mini-songs, and an always engaging combination of ukulele at the high end and bass at the low. The event is free. It’s also the birthday of someone named Daniel. Federal St. Books, 12 Federal St., Greenfield. 6 – 9:30 p.m.

Valley filmmaker Rio Contrada, who last year offered a moving story about his late father, Fred Contrada, in “Time to Go,” will screen two new short films at Northampton’s Parlor Room on Friday at 7:30 p.m. The first, “Outside,” is about homelessness and, though mostly fictional, includes interviews with many local homeless people Rio Contrada met in the past year. All proceeds from the evening will go to ServiceNet, and Contrada says funds will be earmarked in particular for building a small shelter for local homeless youth. His second short work, “Yes, Mommy,” focuses on a 9-year-old girl coming to terms with her new family dynamic by having tea with her stuffed animals. 32 Masonic St., $15

Amherst Cinema will host its screenings of “Parasite,” a new film by director Bong Joon Ho (Snowpiercer, The Host), which is described as a “pitch-black modern fairytale” set in Korea. The plot centers on the wealthy Park family and the street smart Kim Family. By chance, the two families are brought together and the Kims find a golden opportunity. With equal parts dark humor and heart-wrenching drama, “Parasite” was the winner of the Palme d’Or at the 2019 Cannes Film Festival and has also been nominated for three Golden Globe awards, including best foreign language film, screenplay, and director. Amherst Cinema, 28 Amity St, Amherst. Rated R, 132 minutes, Korean with English subtitles. Screenings are at 4:10 p.m., 6:45 p.m., and 9:30 p.m.

Nighttime falls early these days and the winter solstice brings the longest night of the year to Earth’s northern hemisphere. From here on out, the days start to get longer bit by little bit and in many cultural mythologies the date came to mean the re-birth of the sun. At Arcadia, the solstice means a gathering of music and crafts for kids to celebrate the ushering of winter proper. There will also be a small bonfire on site to keep from the cold and a luminary trail through the woods. Event organizers encourage those attending to bring a non-perishable item to donate to the Food Bank of Western Massachusetts. Free. 127 Combs Road, Easthampton. 5:30 p.m. to 8:30 p.m.