Letters to the Editor: Put the Ha back in Hanukah 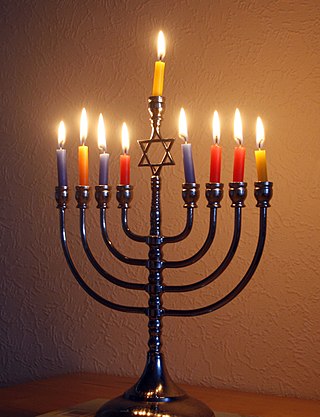 Put the Ha back in Hanukah

As the holiday season rolls around we have to brace ourselves for the seasonal secular humanist assault on one of our nation’s most sacred holidays. However you spell it, I’m talking about the “war” on Hanukah.

Many stores won’t even put up Hanukah decorations for fear of offending so-called “non-Jews.” Well, from now on I’m boycotting any store that doesn’t say “Happy Hannukkah” in the front window. That means almost all of them. But I digress.

We need to take Hanuka back. I say it’s time we put the Ha back in Hannuka. The truth is, if we let them take down Hanewka then other holidays could become collateral damage. First, Channukkah, then Kwanzaa and then, what’s that other holiday around that time of year? Not New Years: you know, the other one? Anyway, what we need to save Chanukka is a Channukkah counter insurgency or even a Chanukeha surge. I’ve got it: Occupanuka!

The truth is everyone loves Hanuka. Even racists can find something that they can relate to in HanuKKKha. After all, Hanukka is a holiday celebrating war and oil. What could be more relevant these days then that? And the lesson of Ha-nuke-ha is that instead of running out of oil, the people were saved by a miracle. Let’s pray that it turns out that way for us.

Yes, please, on Medicare for All

Thanks for your excellent and timely piece on Medicare for All. It’s a vitally needed step. This morning I’ve contacted my U.S. House and Senate delegations on the matter. It’s one more voice.

How can we keep our democracy?

The House of Representatives has passed nearly 400 bills since the Democrats took control in 2018. Most of them have been buried by Mitch McConnell and not brought up for debate or vote. Bills relating to gun control/safety have gone nowhere because the Republicans of the Senate have taken so much money from the NRA. Bills relating to prescription drug prices have been squashed by McConnell because the GOP has taken so much money from Big Pharma. It seems the Democrats are working for the people and getting a lot done. The Republicans are working for the oligarchs. The impeachment hearings have not slowed the Democrats down as Trump claims.

Now it looks like Trump will face an impeachment trial in the Senate. The senators will be the jury and McConnell will be the foreman of the jury. How could that possibly work fairly for the American people. McConnell has already said that his position will be exactly the President’s position and there is no chance the president will be removed from office. In other words, the foreman of the jury is in total lockstep with the defendant and will direct the proceedings to make sure his desired outcome is reached.

Trump will then be emboldened to encourage more foreign interference in the 2020 election, with more phony emails and Facebook posts that look like real news from American journalists. If he wins a second term we will not have a democracy any more. Trump has trashed the emoluments clause on a daily basis, lied incessantly — that is 13,000 lies in the first 1000 days in office (about 13 lies per day) — and ignored the Constitution as our founding document. He will have the American people totally confused as to what is true and what, if any, institutions they can trust. We will then be living under a dictatorship where dissenting journalists can be dismembered.